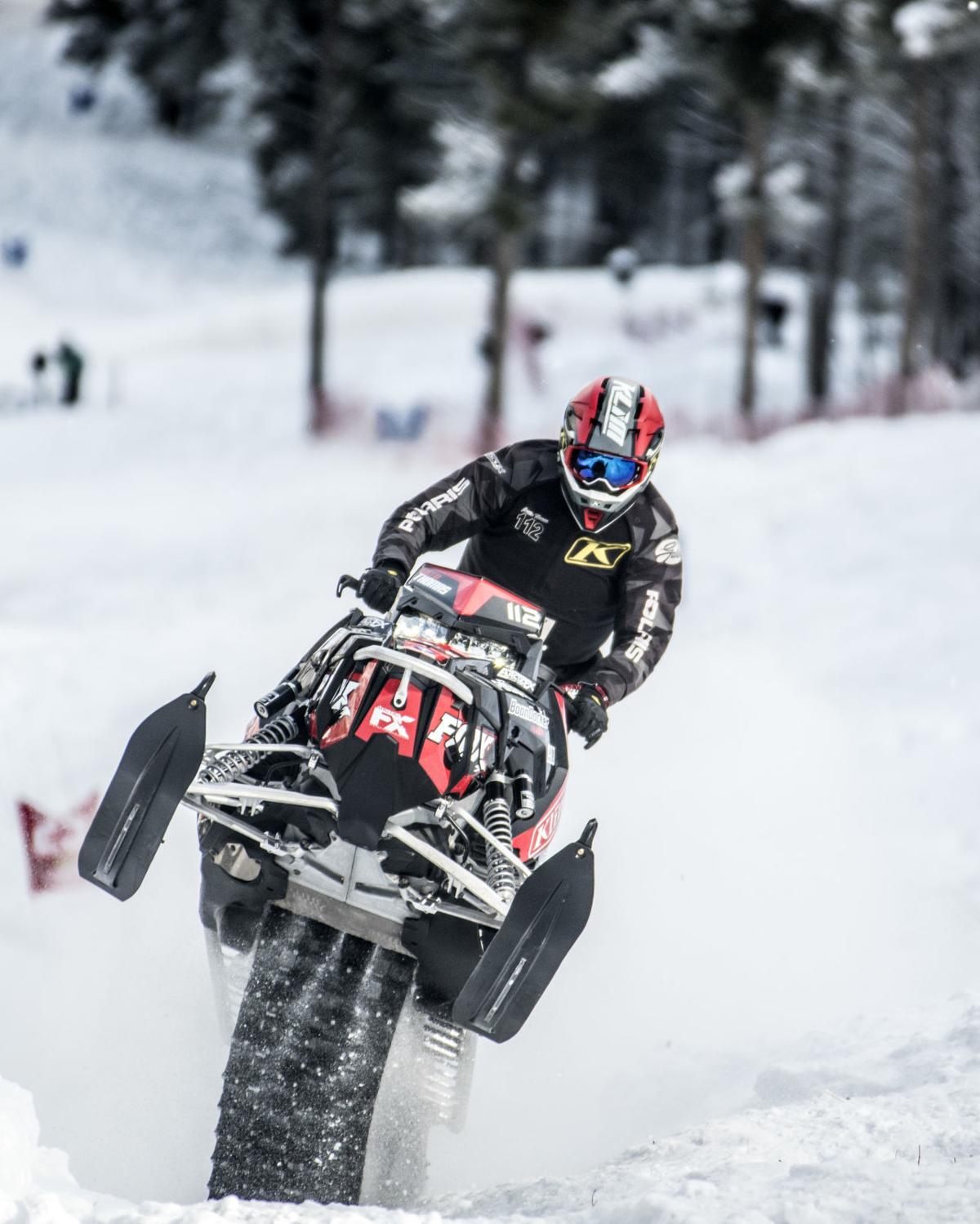 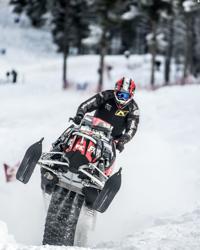 Justin Thomas, of Idaho Falls, catches a bit of air while gunning for the summit during the 42nd annual World Championship Snowmobile Hill Climb last March at Snow King Mountain. Thomas was crowned King of Kings and King of Mod Stock in the annual event, which draws racers from around the West. 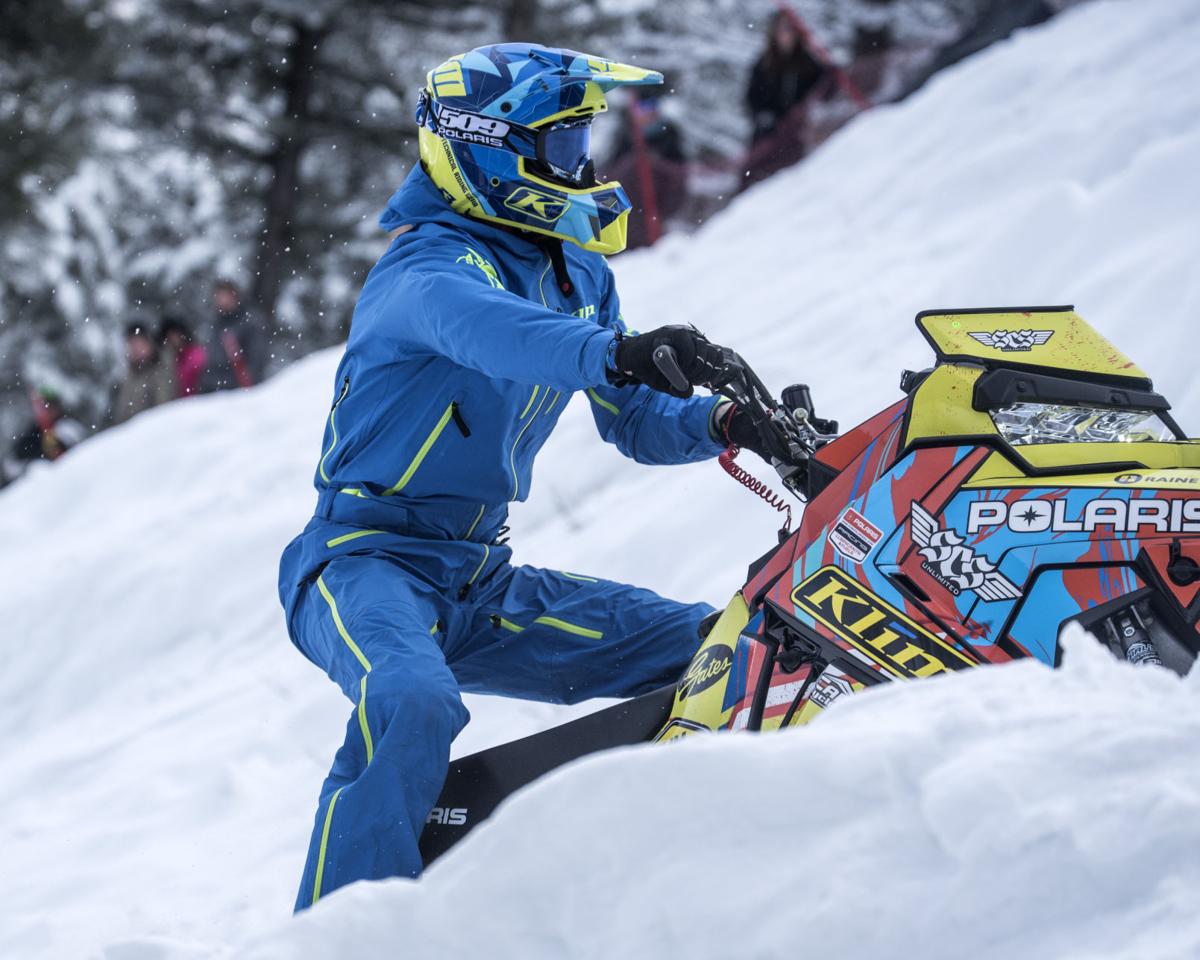 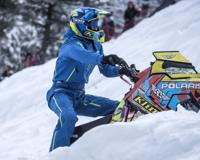 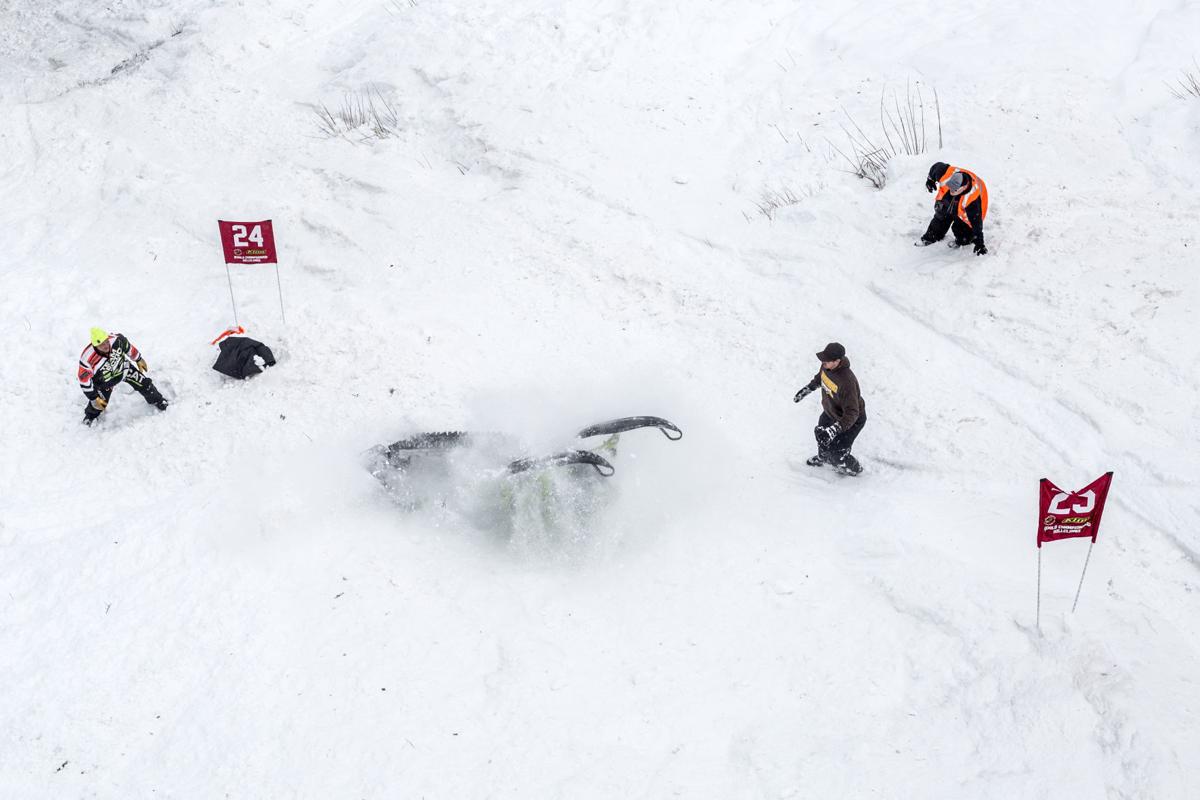 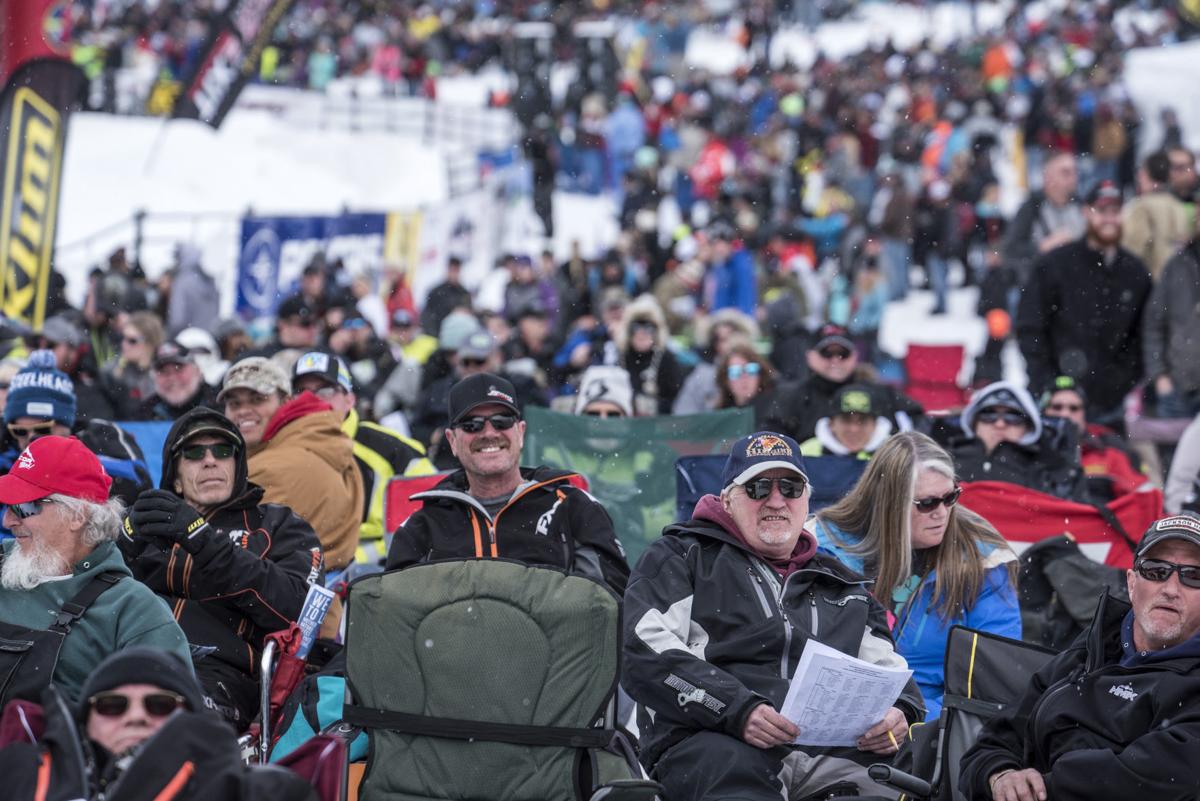 Race fans watch from the base of Snow King Hill Climb. Thousands crowded the base to get a closeup view of the ear-numbing action.

Justin Thomas, of Idaho Falls, catches a bit of air while gunning for the summit during the 42nd annual World Championship Snowmobile Hill Climb last March at Snow King Mountain. Thomas was crowned King of Kings and King of Mod Stock in the annual event, which draws racers from around the West.

Race fans watch from the base of Snow King Hill Climb. Thousands crowded the base to get a closeup view of the ear-numbing action.

Ski season may be winding down, but some 10,000 people are expected to come together at the base of Snow King Mountain this weekend.

Some of the world’s best on sleds will descend on Jackson Hole for the 43rd World Championship Snowmobile Hill Climb, which revs up on Thursday.

The event will begin with amateur events and work its way up to professional classes on Sunday, when the King of Kings will be crowned, closing out the four-day event.

“It’s not the same crowd every year; there’s always new people coming in,” said Jeff Toolson, president of the Jackson Hole Snow Devils, which puts on the event.

“We have some folks that have been watching for 10 to 15 years with us, and I don’t really know if we can grow much more.

Ten thousand people at the base of Snow King gets crowded.”

Add in the 300 or so competitors and their trailers hauling snowmobiles and gear and it might be difficult to find a spot to park throughout the weekend.

“Everyone in town should come out and watch,” Toolson said. “We’ll pray for good weather. It should be a fun weekend.”

Though the semipros and amateurs will dominate the hill Thursday, professional qualifying rounds begin Friday.

Saturday will be the best day to be a spectator, Toolson said, as every sled on the mountain will be a sled improved specifically for races like the Hill Climb. In snowmobile lingo, those vehicles are called “modifieds,” and make up their own event class. Riders of other types of vehicles — stock and improved — will have their own classes as well.

Sunday will brings the event to a close, with finals for elite riders in all three classifications. The King of Kings race, which is open to athletes in all classes, will crown the top snowmobiler of the weekend. Awards will be presented in each sub-classification as well.

A year ago, Luke Rainey, sitting atop an improved stock sled, and Justin Thomas, riding a mod stock snowmobile, duked it out for the crown. Thomas edged out the victory on his final run.

Toolson said this year’s race for the King of Kings title could be different. If the courses get torn up course by the time the event starts, the amount of snow at the top of Snow King could make for a less speed-oriented race, meaning a stock sled could take the title.

“As the snow sits on Snow King, and as snowmobiles run through it, it’s going to make 4- to 5-foot-deep trenches,” Toolson said. “They have to run through a gated course and stay between the gates. Sometimes when you get trenches you’ve just got to run.”

Winners in the pro division can see hefty payouts. Rainey cleared $10,000 last year for his wins in stock and improved.

Outside the funds won by snowmobilers, proceeds from the event largely go to charity. Since 2001, Toolson said, $1 million has been donated to charities and scholarships.

“I think it’s important for people to know that and know what their money is going towards,” Toolson said.  

What: Amateurs, semi-pros and professionals vie for sled racing titles.