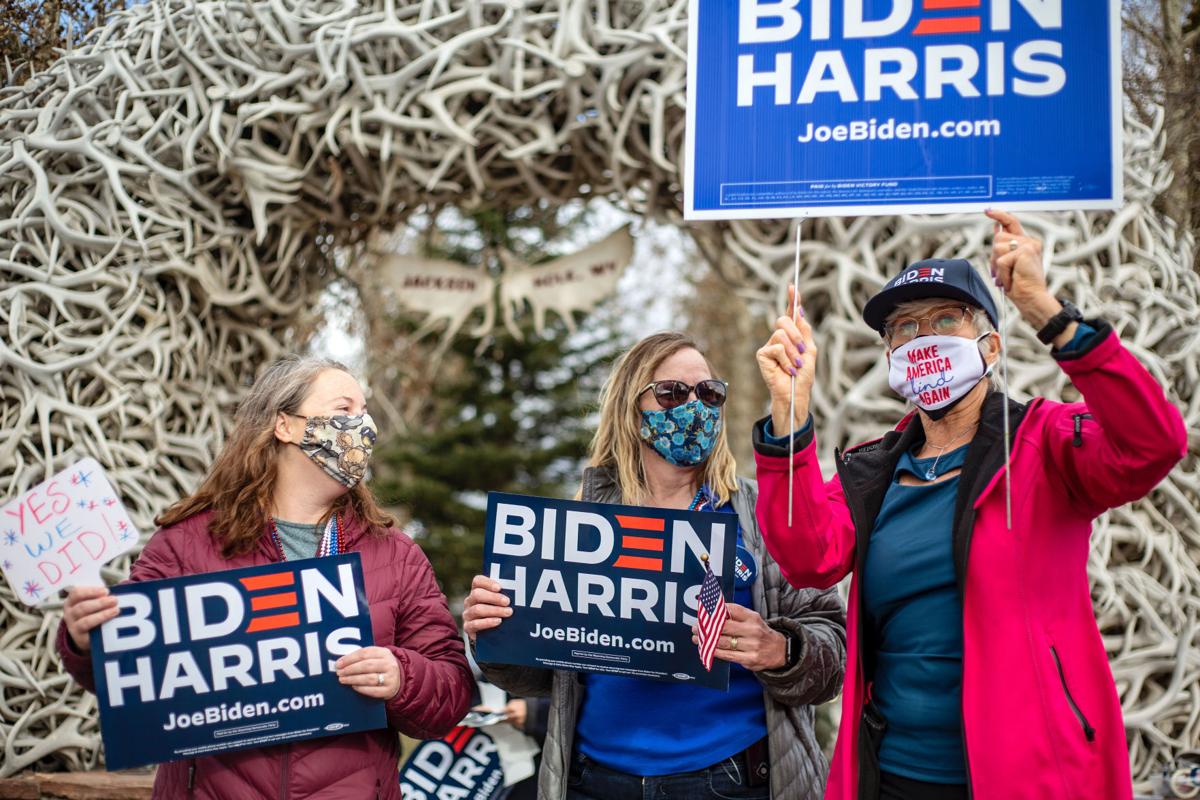 Emily Selleck, left, Sharon LaRosa and Annette Osnos hold political signs Saturday on the Town Square during a gathering of about 20 people to celebrate President-elect Joe Biden and Vice President-elect Kamala Harris. See page 8 for a national story on the election. 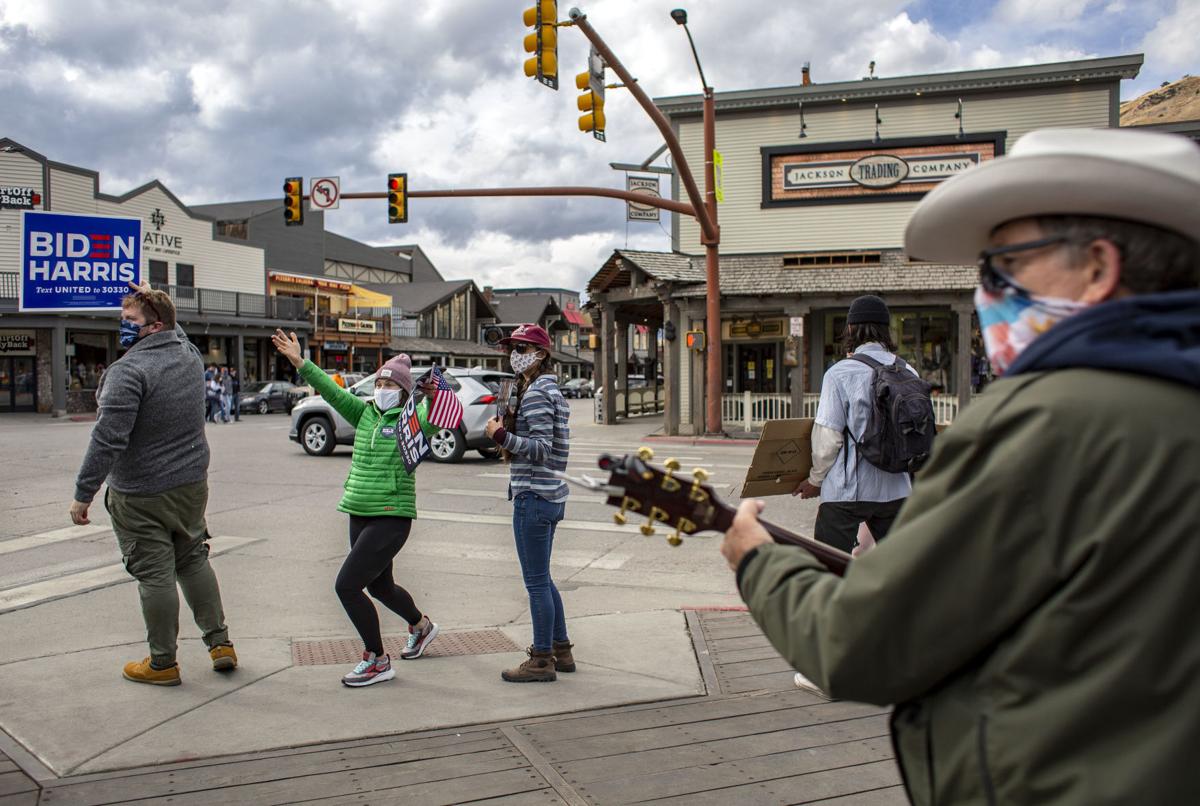 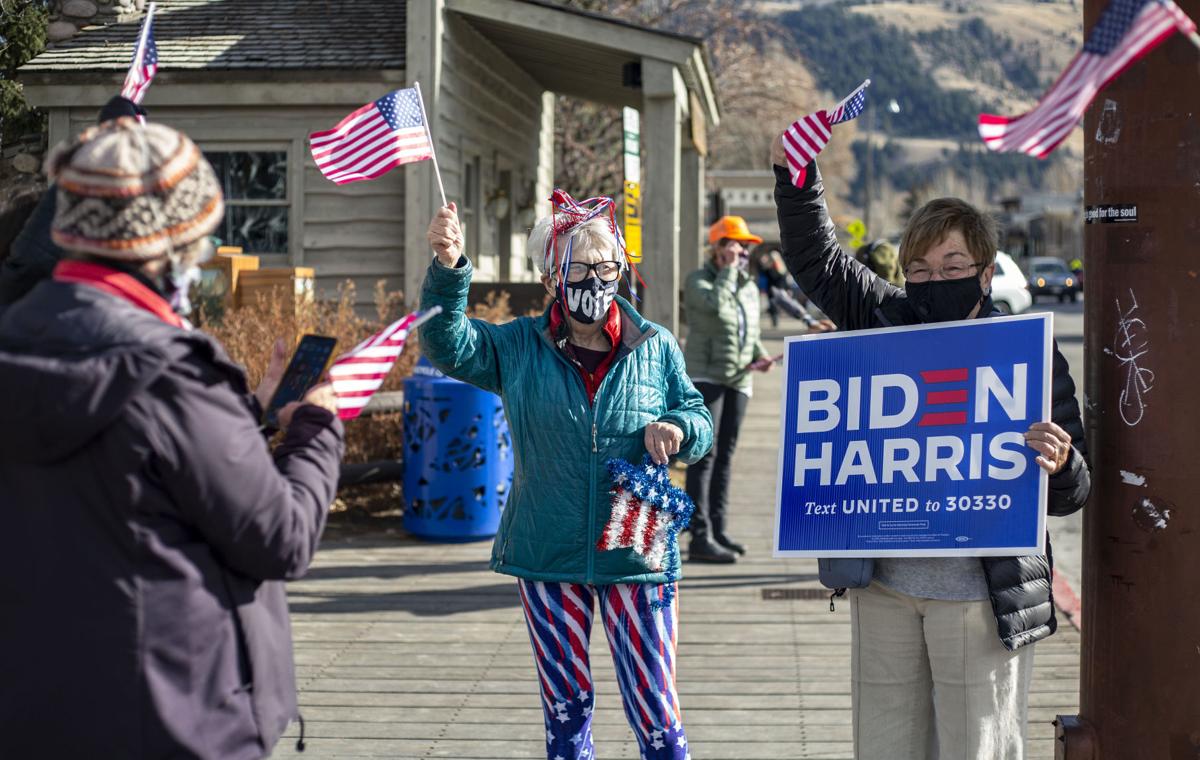 Former 9th District Court Judge Nancy Guthrie, center, and Harriet Minczeski wave their American flags as cars driving by honk to show their support during a gathering of about 20 people to celebrate President-elect Joseph Biden and Vice President-elect Kamala Harris. 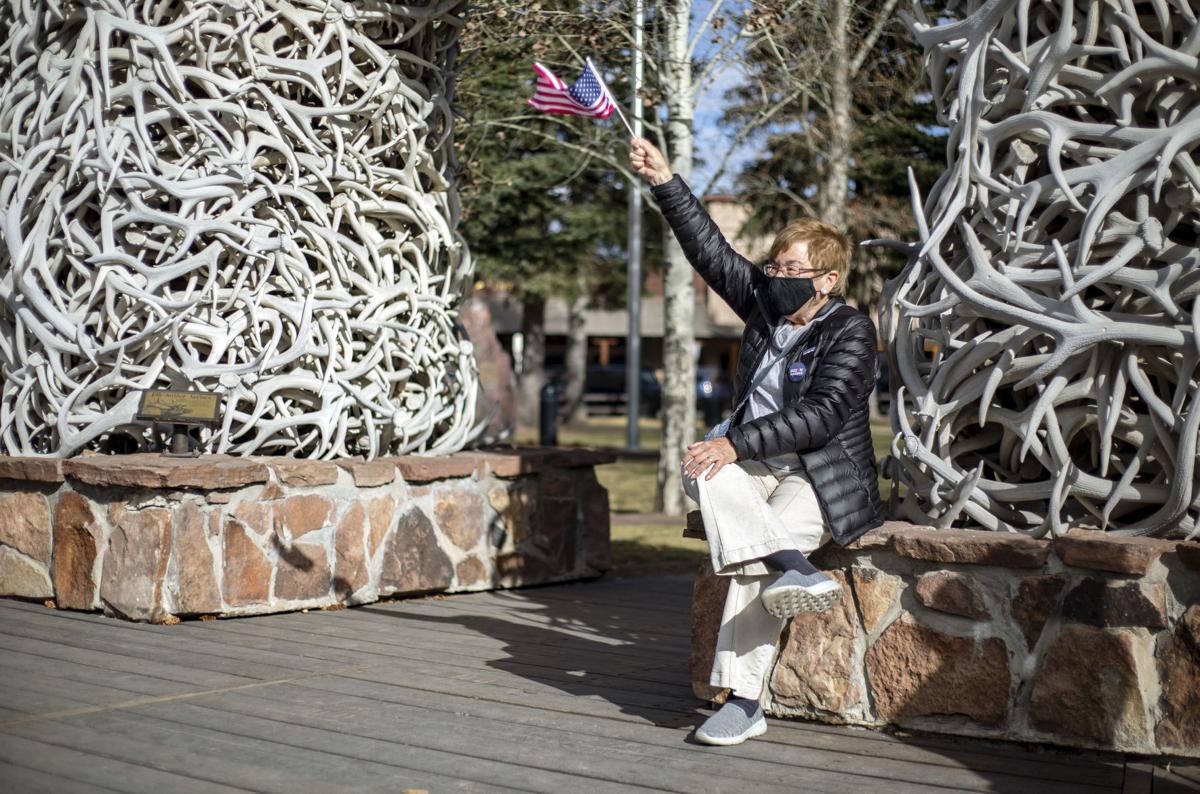 Emily Selleck, left, Sharon LaRosa and Annette Osnos hold political signs Saturday on the Town Square during a gathering of about 20 people to celebrate President-elect Joe Biden and Vice President-elect Kamala Harris. See page 8 for a national story on the election.

Former 9th District Court Judge Nancy Guthrie, center, and Harriet Minczeski wave their American flags as cars driving by honk to show their support during a gathering of about 20 people to celebrate President-elect Joseph Biden and Vice President-elect Kamala Harris.

As news broke Saturday morning that winning Pennsylvania had put former Vice President Joe Biden past the 270 Electoral College votes needed to claim the presidency, a small group of people gathered to celebrate on Town Square.

They waved flags — rainbow LGBTQ pride, “Black Lives Matter,” and the stars and stripes — and campaign signs. Hundreds of drivers leaned on their horns.

Bundled up in a fuzzy blue bear onesie, with a “Biden-Harris” sticker covering half her chest, baby Della Read sat in her stroller while her mommies celebrated her future.

“Having a child in a same-sex marriage has felt kind of stressful lately, just in terms of the political climate, and thinking that the status of our marriage could be changed,” new mom Rosie Read said. A new president makes Read feel safer in her marriage, she said, and hopeful for the future of their mixed-race daughter.

Also on the square, wearing a “Make America Kind Again” mask, Annette Osnos said Biden’s victory came in as a close second to the happiest day of her life. At age 62, Osnos spent hours calling voters to advocate for the Democratic candidate.

“I really believed that we had a chance here, but I knew it was gonna be hard,” she said. “So, yes, I’m very vocal, my husband gave a lot of money and that’s OK. You do what you need to do.”

Ivan Jimenez described himself as a reluctant supporter. As a phone banker for Sen. Bernie Sanders, I-Vt., during his 2020 presidential campaign, Jimenez said he wanted to move away from the Democratic establishment that Biden represents.

While he looks forward to a future without President Trump in the White House, Jimenez said this is the first step of many needed steps toward reform for prisons, military and for-profit health care.

“Biden wouldn’t have won if it was not for the Black and brown organizers across the states — across the country — organizing in rural places,” he said.

Musician Siddney Montana said he didn’t vote for either presidential candidate; he wrote in his daughter’s name.

“I just could not get myself to vote for either of them because I don’t believe in the money and the corruption in a political system that only has two choices of two people pushing 80 years old,” Montana said.

According to Montana, Biden flipped his position on banning fracking in order to appeal to voters in Pennsylvania.

Despite his feelings, Montana said he thinks that Biden will take positive steps toward handling the coronavirus pandemic and green energy.

While the celebration on the square was mostly peaceful, some people shouted profanities or claimed Biden cheated.

In response to one of the unhappy passersby, Town Councilor-elect Jessica Sell Chambers shouted back, “Just be kind!” The slim margin of victory for Biden means the fight is not over, Chambers said, and she hopes people continue to work hard to eradicate racism and white supremacy.

“The next four years aren’t going to change much, as far as I think, the way that the country is divided,” she said.

This article has been updated to correct the spelling of Rosie Read's name and clarify that the rainbow flag symbolizes gay pride. — Ed.