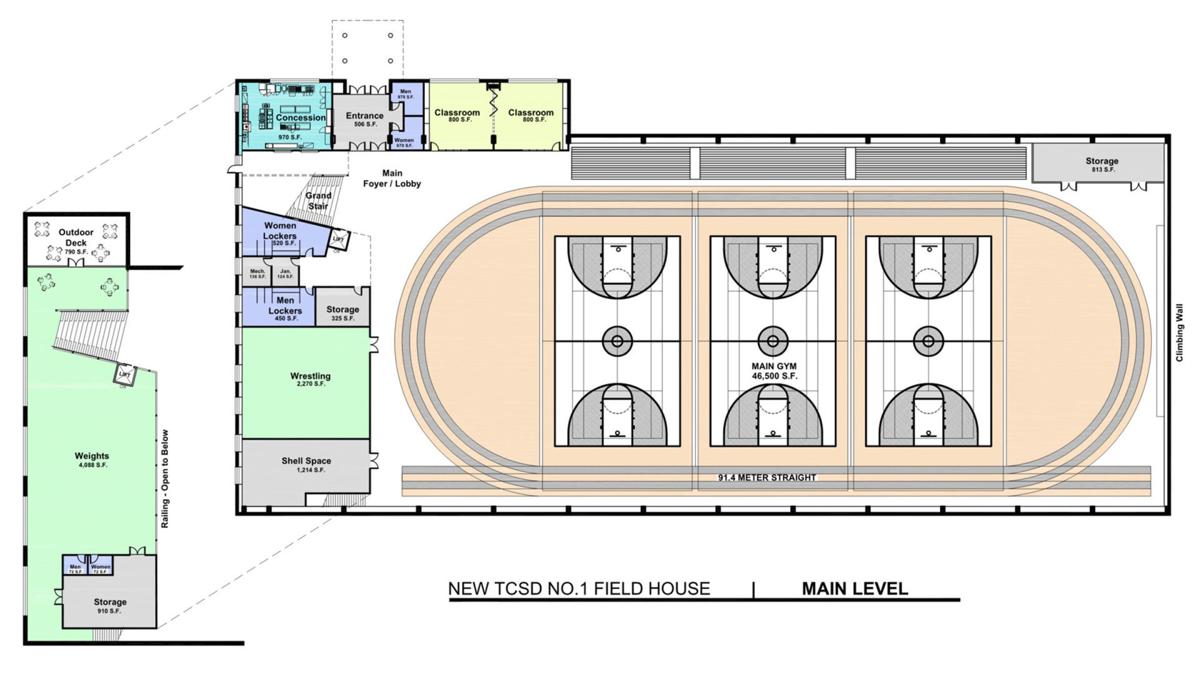 The field house proposal prepared by Plan One Architects would have almost 69,000 square feet of usable space and amenities for several sports. 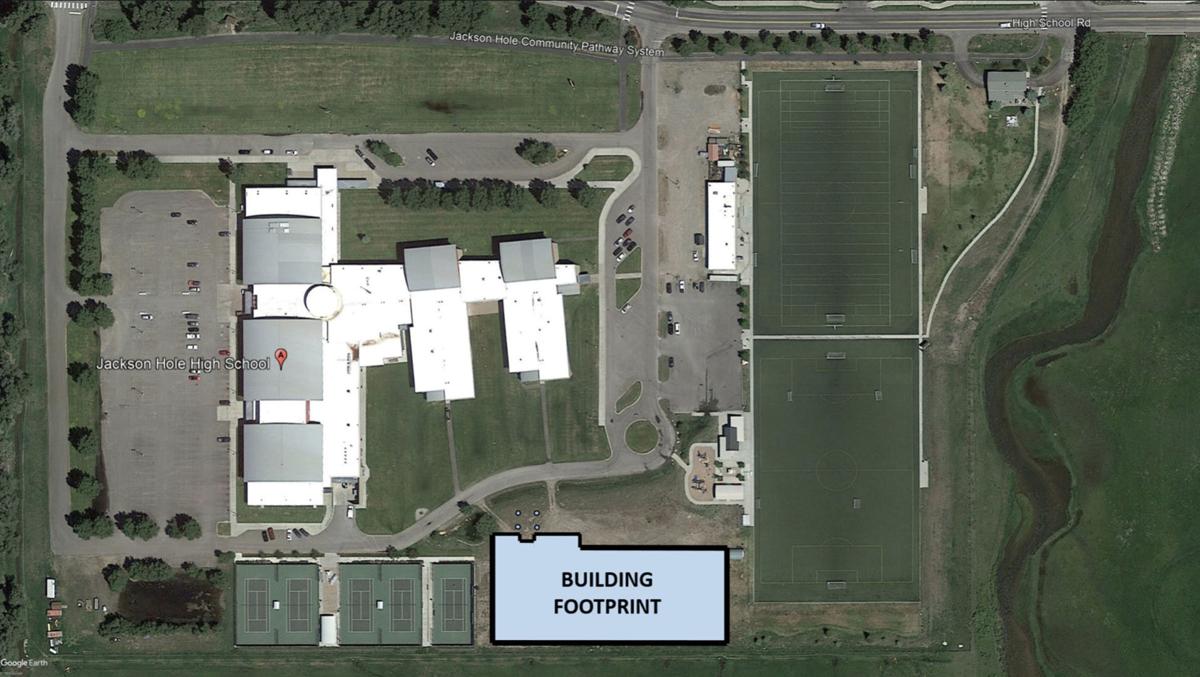 The proposed field house would sit just to the southeast of Jackson Hole High School.

Dan Odasz, of Plan One Architects, said he tried to incorporate some of the architectural touches from Jackson Hole High School, like the red metal siding and log supports, in the design for the proposed field house.

The field house proposal prepared by Plan One Architects would have almost 69,000 square feet of usable space and amenities for several sports.

The proposed field house would sit just to the southeast of Jackson Hole High School.

Dan Odasz, of Plan One Architects, said he tried to incorporate some of the architectural touches from Jackson Hole High School, like the red metal siding and log supports, in the design for the proposed field house.

Those are just a sampling of the offerings a field house at Jackson Hole High School could include, Dan Odasz, of Plan One Architects, told the Teton County School District No. 1 Board of Trustees at its Sept. 11 meeting. Though the facility is a pie in the sky desire at the moment, Odasz was in attendance to give the trustees a sketch of a new athletic facility.

“This is just the first blush of what it could be,” he told the board.

Building a field house at the high school is an idea that grew out of the MCER study Odasz conducted to address capacity issues for the district. That study sought input from community members on what they would like to see, and it looked at granular ways to improve existing buildings, such as strengthening the entrance vestibule at Jackson Hole Middle School.

Space for athletics is a constant desire in Teton County, since winters stretch on for months longer than they do in most other locales. Building the field house would create lots of indoor space for competition and practice, Odasz told the board. The main floor would include all the aforementioned things, as well as classrooms, a concession stand, storage rooms and locker rooms.

If a building with all those athletic spaces seems too good to be true, it’s not. The construction is more than feasible, and Odasz outlined a spot southeast of the high school where it could fit.

For those whose eyes pop out at a price tag like that, breathe easy: The school board is just starting the process, and trustees say this design is by no means set in stone.

“We are vetting it out,” Trustee Bill Scarlett told the Jackson Hole Daily. “I think this is a good vision for what it could be.”

With lower minerals royalties statewide, less money is available for school construction, so it would be unlikely the Wyoming Department of Education would get on board to help pay. Scarlett said the field house would have to be something the community was willing to pay for and that he didn’t think asking the state was appropriate.

“State funding needs to go to educating kids,” he said.

A field house might seem extravagant, but building one could fit the school district’s goals to increase student capacity. The MCER study focused on the middle school, but those students will move into the high school as they age, and administrators are looking at ways to increase usable space at the high school in preparation for that.

For instance, the climbing wall and weight room would allow the district to repurpose the rooms that house those amenities into classroom space. Scarlett said if the community were willing to pay for the field house, he could see asking the state for funding that would cover the costs of repurposing those rooms.

Those kinds of discussions, however, are a long way off. First, the trustees will have to decide what scope they want the building to have, and taxpayers will likely have to show an interest in the construction of the facility.

“If this is something the community is passionate about,” Scarlett said, “I envision it as a tax bonding question for the community to vote on.”