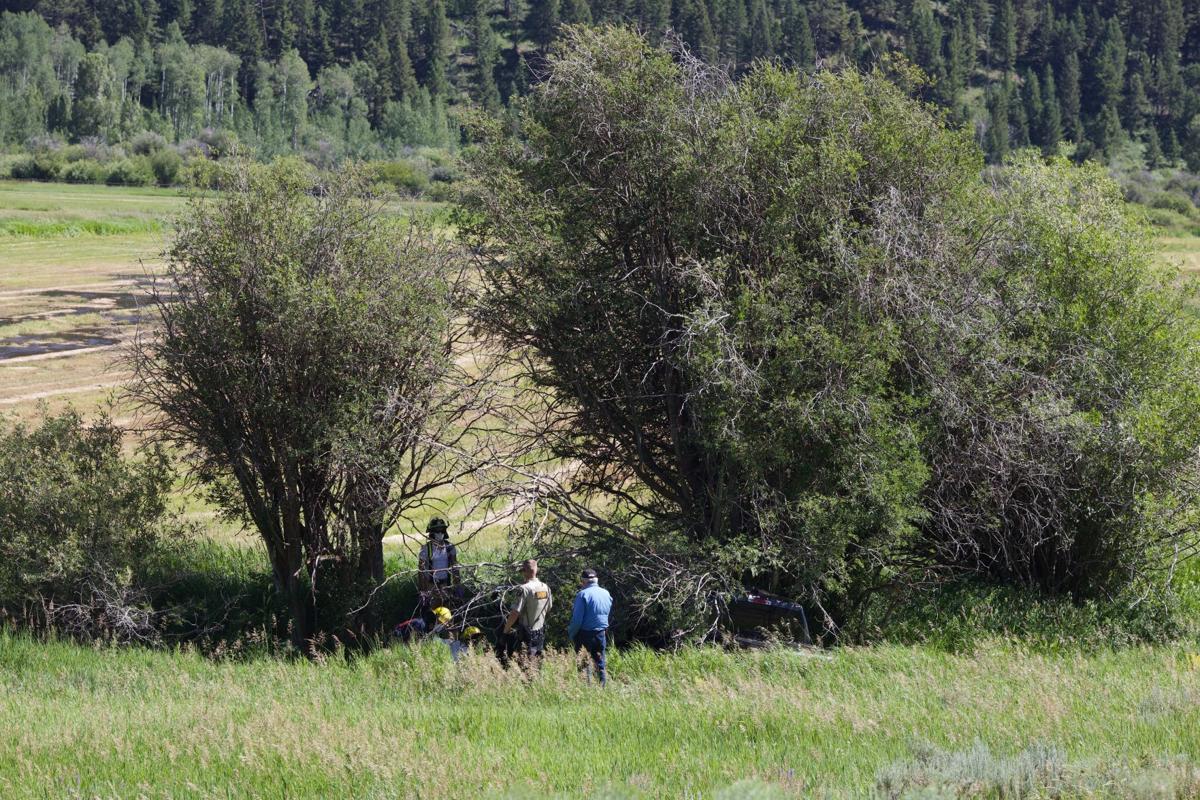 Officials respond to a crash after a truck drifted off Highway 22 on Thursday afternoon.

Officials respond to a crash after a truck drifted off Highway 22 on Thursday afternoon.

Officials are investigating the cause of death for Trehy Stephen Sostillio, 39, of Las Vegas, who died Thursday when his truck drifted off of Highway 22.

The driver was the sole occupant of the vehicle, and nobody else was hurt.

“All we can tell right now, based on what we saw at the scene, is for whatever reason the vehicle drifted off the highway,” Wyoming Highway Patrol Lt. Matt Brackin said, “and then rolled out into the pasture where it kind of lodged itself inside an irrigation ditch.”

Troopers and Jackson Hole Fire/EMS responded quickly to the scene, Brackin told the Jackson Hole Daily. “They did attempt CPR but pronounced him deceased at the scene.”

Investigators saw no signs of braking before the gray Dodge pickup crashed not far from where the highway intersects with Spring Gulch Road.

“It doesn’t look like the driver died as a result of the crash, so we are looking at a possible medical issue,” Brackin said, “but we’ll have to wait for the coroner’s report to verify that.”

Coroner Brent Blue identified the driver but said the cause and manner of death were yet to be determined.