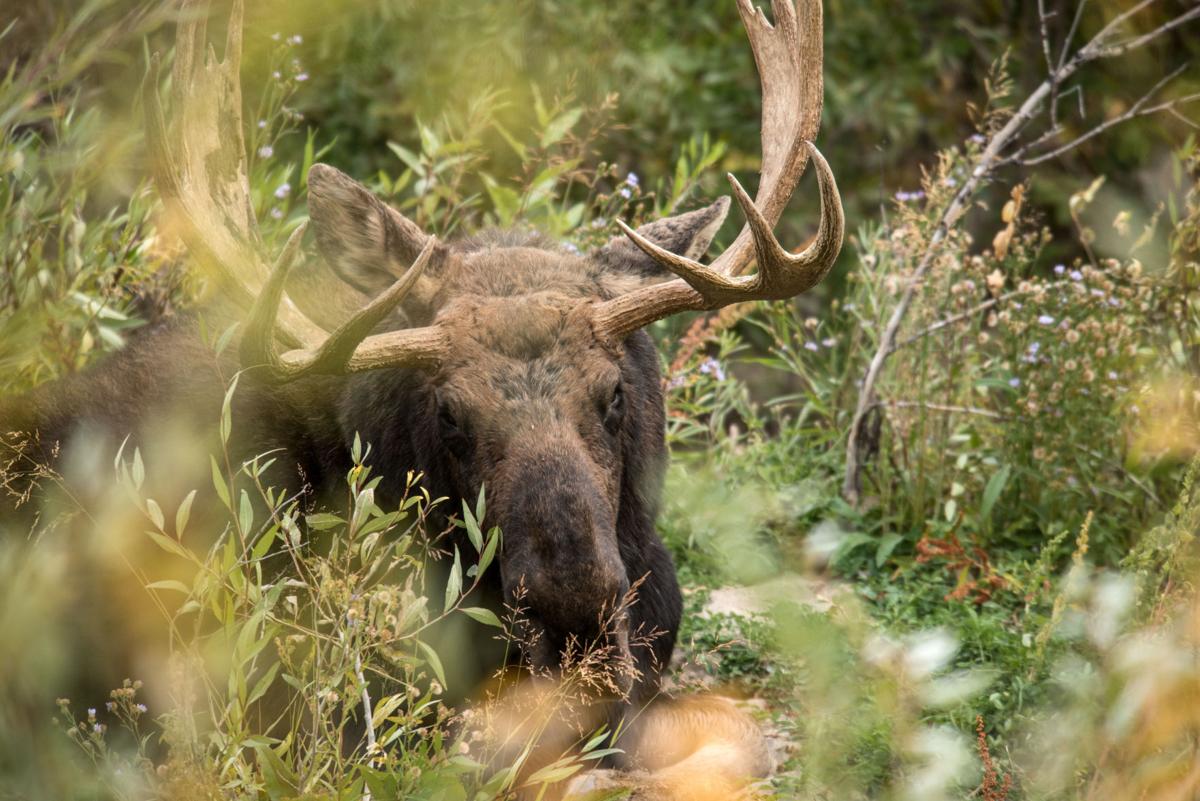 A bull moose finds a comfortable spot to bed down among the willows in late September in Grand Teton National Park. The Jackson Town Council and Teton County Board of County Commissioners voted Tuesday to consider different ways to address the 2012 Jackson/Teton County Comprehensive Plan’s ecosystem conservation vision and goals. An analysis of options, when presented in December, will range from an informal community advisory system to create an ecosystem stewardship department.

Town and county officials voted Tuesday to begin evaluating next steps for tackling some of the Comprehensive Plan’s ecosystem stewardship goals, a move made before the ongoing update to the 2012 plan gets a final seal of approval and with the upcoming election as a backdrop.

Town Councilor Jonathan Schechter spearheaded the charge, making a motion toward the end of nearly five hours of meetings about the town’s and county’s housing mitigation rates and near-final updates to the 2012 Jackson/Teton County Comprehensive Plan.

His suggestion was to “create an overview of options of how the town and county — whether separately or jointly — can develop the resources needed to address the comp plan’s ecosystem conservation vision and goals.” The idea was to start looking at putting some teeth into the opening words of the comp plan, “to preserve and protect the area’s ecosystem.”

“Those six words are really the foundation of the vision,” Schechter told the Jackson Hole Daily, “and yet, whenever I’d ask, it seemed as though nobody on either the town or county side could really point to much money that was being put into the area’s ecosystem.”

He felt the same about the town’s and county’s time. Ecosystem protections are baked into both bodies’ binding land development regulations, but there is no board or department specifically tasked with overseeing the community’s environmental policies.

Schechter’s motion was unanimously supported by the Jackson Town Council and Teton County Board of County Commissioners.

The comp plan’s goals are numerous and are enumerated in the opening chapters of the document, which serves as a community-oriented and -inspired vision document against which planners, developers and elected officials gauge decisions about land use and general governance.

The final draft of the updated comp plan, which is set to be revisited on Nov. 2, would encourage town and county electeds to enact new ecosystem-centric policies.

Other changes run the gamut from exploring hiring a staff ecologist to protecting against and mitigating the impact of invasive species, and establishing a funding source for preserving open space via conservation easements and such.

Schechter’s motion would require staff to evaluate options for taking action on those policies, ranging from “relying on an informal community advisory system” to hiring stewardship-focused staffers, to creating a formal ecosystem stewardship department.

Town councilors and county commissioners will have the opportunity to review staff recommendations at December’s joint information meeting.

Schechter said the timeline didn’t have anything to do with any potential changes in local government that may result from November’s general election.

Instead, he said, his priority is to get the ball rolling on talking about funding ecosystem protections before budget talks begin for the next fiscal year. Those generally kick off in January during the Town Council and Board of County Commissioners’ retreat. Newly elected officials will be sworn in Jan. 4.

Teton County Planning Director Chris Neubecker and Commissioner Greg Epstein expressed some skepticism about rounding out the recommendations on that timeline, especially with the county working on updates to the natural resource overlay.

County Commission Chair Natalia D. Macker and Vice Mayor Hailey Morton Levinson both said the discussion surrounding the ecosystem would be a good fit for January.

“This type of discussion I’m certainly intrigued by,” Macker said, “and might be appropriate for the meaty, lengthy conversation at the joint retreat in the new year with the newly seated boards.”