The front of Munger Mountain Elementary School is envisioned in this rendering by Dubbe Moulder Architects. 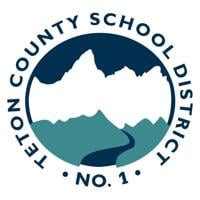 The front of Munger Mountain Elementary School is envisioned in this rendering by Dubbe Moulder Architects.

Teton County School District No. 1 Board of Trustees voted Wednesday night to approve the soon-to-be-built Munger Mountain Elementary School as the location dedicated to the dual language immersion program.

Parents who voiced strong opposition to designating either existing town school for a program that some see as divisive and unfair seem to have had a strong impact on the unanimous decision by trustees.

Many parents, especially those whose children did not make it into the elective program through the lottery system and who live near either Colter or Jackson elementary schools, repeated the idea that being bussed to a farther-away school would be like a double whammy after purchasing property in close proximity to a school they thought their children would certainly attend.

“I think everyone on the board really values the passion and the excitement and the support of the community for neighborhood schools and everything that stands for,” trustee Annie Band said. “And we have really taken that to heart.”

Trustee Janine Teske said she agreed with letters, mostly from parents living near Colter Elementary School, that voiced support for Munger Mountain because it would keep neighborhood schools intact. She said she saw no alternative.

“I think it would be a disservice for us to have those families not to be able to have their students walk or bike to school,” Teske said.

Before the trustees voted, Superintendent Gillian Chapman recommended they select Munger Mountain for “the size of the school, the location of the school and the ability to maintain the enrollment we currently have.”

If Colter or Jackson elementary was chosen, at least one modular classroom would need to be used until 2020 at the earliest, Chapman concluded.

“I think we would have egg on our face if we have to continue to house students in modulars after we fought so hard to get the funding for this new school,” Trustee Teske said.

Teton County School District’s elementaries are at 127 percent capacity, a fact that influenced the Wyoming Legislature to grant $29 million in funds Friday for the construction of the new Munger Mountain Elementary School.

Shortly after the trustees’ decision, it’s unclear how the district might facilitate transportation for families in the dual immersion program who will now be placed at a school south of the valley without easily accessible public transportation.

“There are families that may need support to fully participate in their child’s education at Munger Mountain, regardless of any group they belong to,” trustee Betsy Carlin said. “As we move forward with this, I think we need to consider supports for those families so they can fully engage in and support their children’s education.”

Is dual immersion what they call bilingual education now?