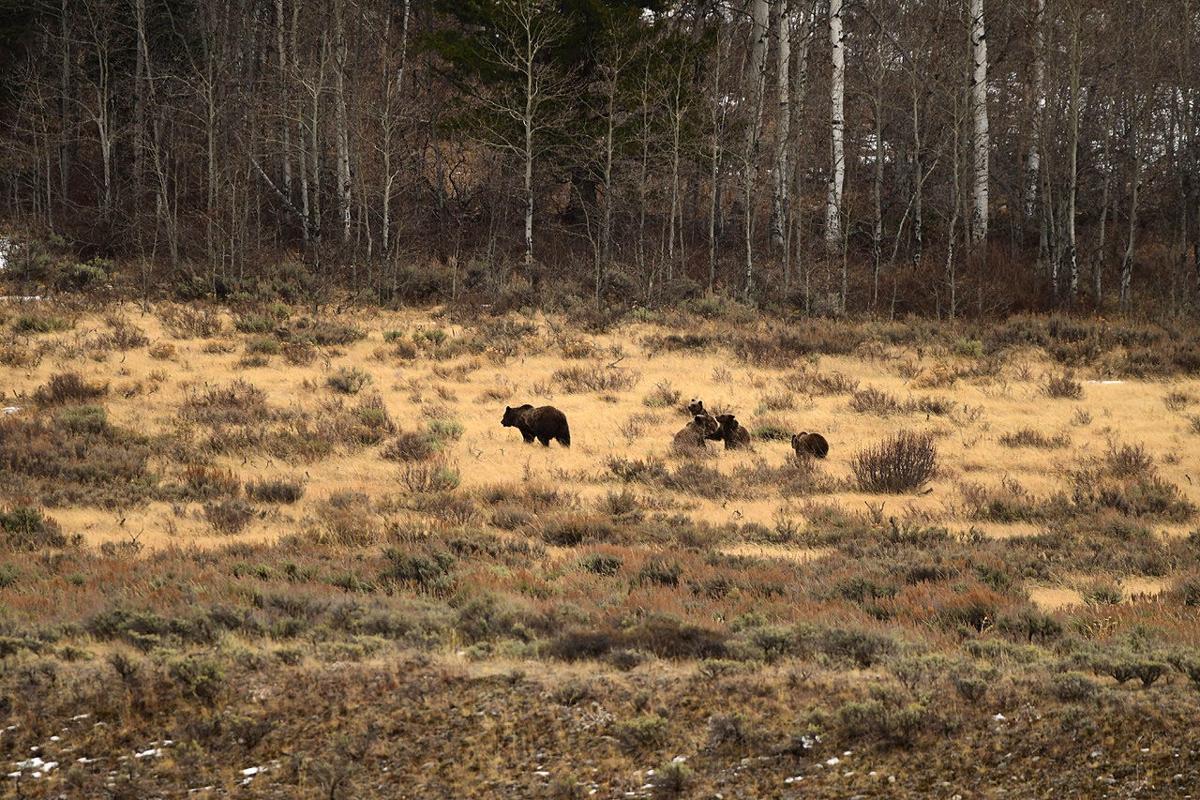 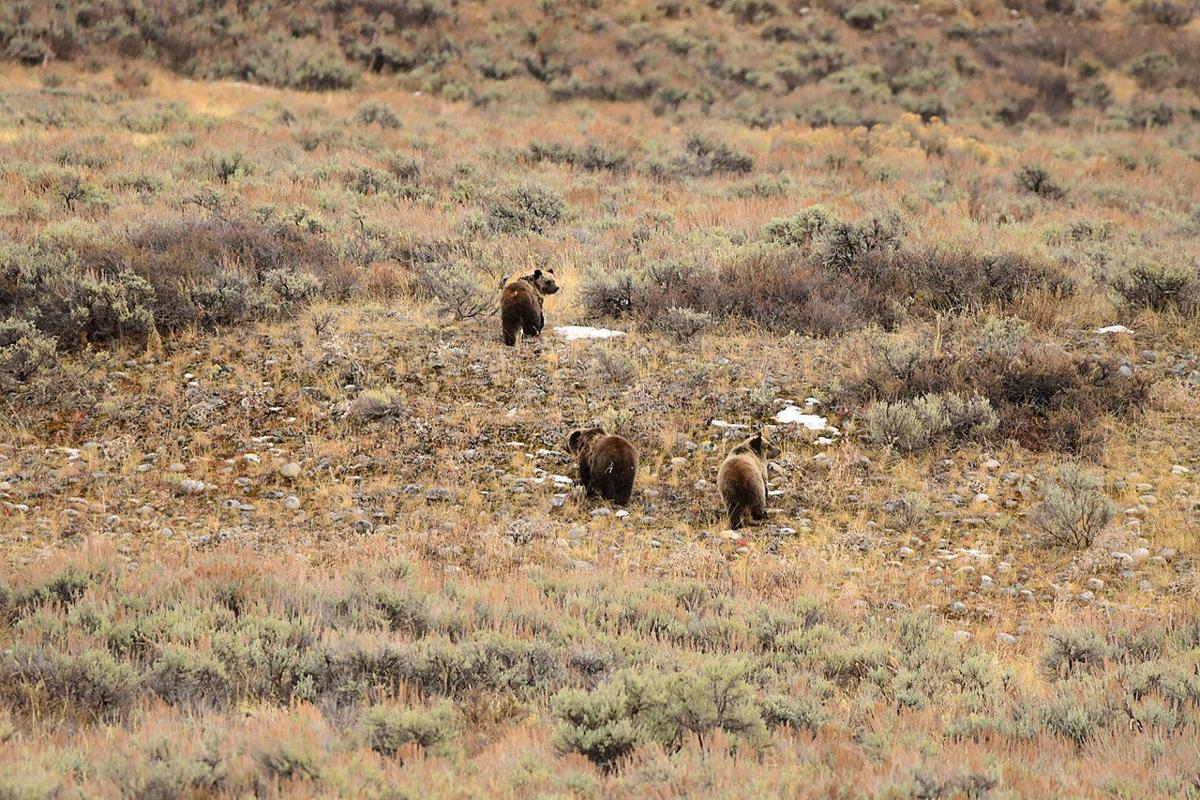 A nice sunny day and plenty of onlookers greeted grizzly bear 399 as she returned to Grand Teton National Park with her four cubs after a dozen days down in the southern, privately owned parts of Jackson Hole.

The Wyoming Game and Fish Department first received reports late on Friday that the grizzly family, which runs five deep, was pointed north and traveling along the Snake River bottoms. Another report trickled in Saturday morning that the 24-year-old sow was north of Jackson Hole Airport, which meant she was well on her way to more familiar terrain in the northern, more protected part of Jackson Hole.

“We’re thankful that she has returned north,” Brad Hovinga, Game and Fish’s Jackson Region supervisor, told the Jackson Hole Daily. “We’re hoping that she’s satisfied with the country up there for the rest of the fall.”

In her dozen days south of where she has been documented in the past, grizzly 399 never got into any known trouble. But the five bruins faced a perilous passage to get to the ranches and large-lot subdivisions where they spent much of the last two weeks south of Highway 22, reportedly feeding on elk carcasses and gut piles associated with an ongoing private land elk hunt.

Word spread quickly over the weekend that Jackson Hole’s best-known grizzly was on the go and headed toward Grand Teton. Photographers and bear enthusiasts on Saturday were staked out in droves near the Snake River bridge at Moose hoping for a glimpse. Promptly, the scene turned into a “three-ring circus,” Jackson resident Ann Smith recalled.

“Somebody starting running and then everybody took off,” Smith said. “It turned out that she had crossed over [the highway] to Blacktail [Butte].”

Few people were around to witness grizzly 399’s pass across the pavement, but soon she was in view from hundreds of yards away passing along the base of the butte. Seeing her with her brood was a relief for people like Smith, who have anxiously awaited the 24-year-old grizzly’s return to the national park where she has been reliably visible since she started raising her litters near roads in 2006.

“I had been so worried, like everybody else, for so long,” Smith said. “She looked good. She still had all the cubs — all four — which is of course a huge relief.”

Teton Valley-based wildlife photographer Jack Bayles was also present Saturday for the matriarch grizzly’s reappearance. As her travels outside of her usual territory stretched from hours to days to more than a week, his own anxiety about the situation eased.

Grizzly 399’s return to Grand Teton National Park coincided, to the day, with the onset of the annual park elk hunt. Grizzlies have learned to key in on heavily hunted areas, like Blacktail Butte, capitalizing on hundreds of gut piles and potentially dozens of gunshot-and-lost elk that are left on the landscape every fall. But Hovinga, at Game and Fish, pointed out that there’s no saying for certain why grizzly 399 returned when she did.

“You can’t really say it’s a timing thing,” he said, “because we pushed that park [hunting] season back the last couple years, from the end of October to the first week of November.”

Late season hunts in the park and National Elk Refuge have been slow so far, although there has been some activity just to the east on the Bridger-Teton National Forest, he said.

If winter weather kicks in this week, that could spark elk migration and more hunting activity, providing food for humans and grizzlies — as well as boosting the chance of conflict between the two.

She knew exactly what she was doing, he said. I do not doubt that one little bit. I’m glad she’s back, but I was not worried. Threeninetynine is a miracle of nature.