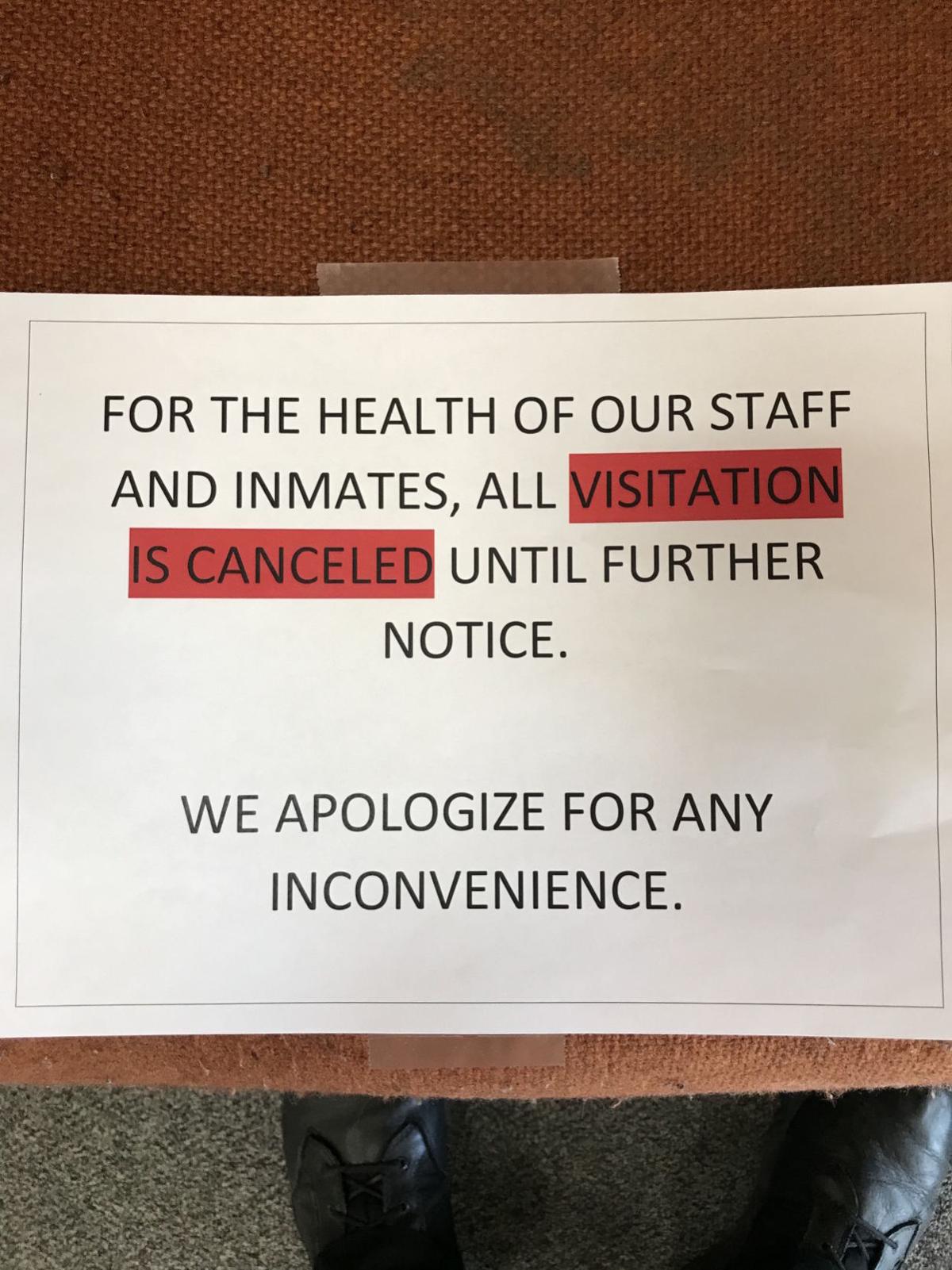 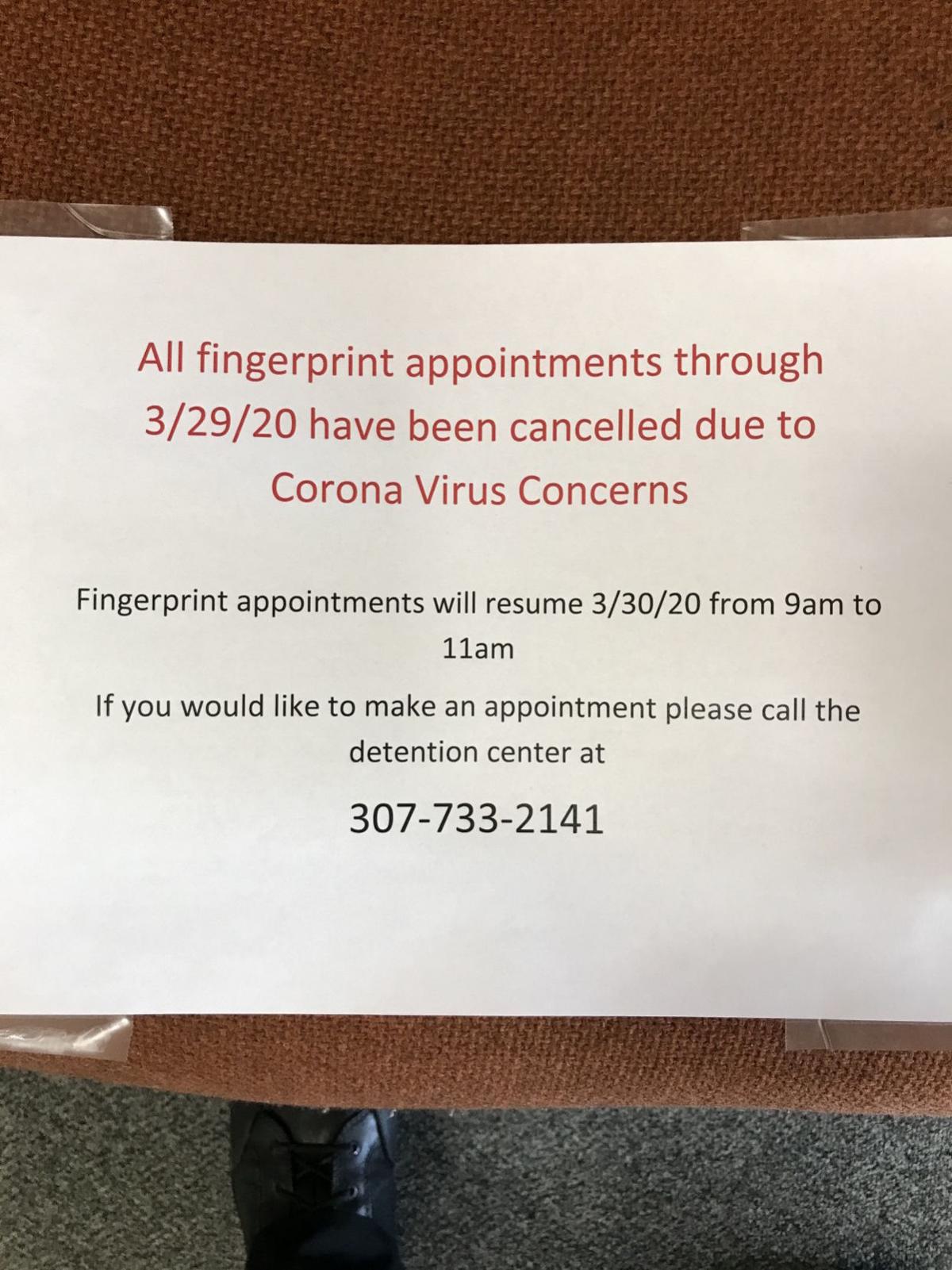 Fingerprinting services are no longer available at Teton County Jail, unless it's critical and by appointment.

Fingerprinting services are no longer available at Teton County Jail, unless it's critical and by appointment.

The Teton County Sheriff’s Office has temporarily suspended inmate visitation at the Teton County Jail in an effort to keep the coronavirus from infecting inmates, detention officers and dispatchers.

Sheriff Matt Carr said the suspension will be reassessed in two weeks.

“We are being more liberal with inmates making phone calls, but I don’t think their world has changed a whole lot outside of visitation,” Carr said.

Loved ones and attorneys of inmates are encouraged to call instead.

The change has faced some pushback because calls from inmates are pricey, costing $3 for the first minute and 50 cents for each additional minute.

Carr said he has found a solution to the problem, but it’s not immediate.

“We just signed a new contract to reduce those prices, but it’s a three-month turnaround,” he said. “But the countdown is happening.”

The new system will charge just 20 cents per minute.

“This doesn’t mean we won’t be bringing back visitation,” Carr said, “but we think it’s necessary for now.”

The sheriff’s office hopes to reinstate inmate visits by March 30.

The jail has also suspended fingerprinting services, though it will do them by appointment if the situation is an emergency.

“If someone is in a crisis for licensing, we will schedule it and our officers will be in full personal protective equipment when they do it,” Carr said.

The Teton County Jail is working on introducing a new mindfulness yoga program, but that’s now on hold, too.

“We are still allowing rec time but there’s only one [exercise] machine in there and they’re wiping it down,” Carr said.

COVID-19 illness, all area law enforcement are working together to limit who they arrest.

“We are being very cautious with moving new people up onto the floor,” Carr said. “If it’s a misdemeanor offense, we are citing and releasing.”

With Jackson bars and restaurants closed by order of town and county officials, police expect to see a decrease in public intoxication and DUI arrests.

The Jackson Police Department has temporarily stopped doing vehicle identification number, or VIN, checks and is doing all administrative business by phone. The sheriff’s office is still open for VIN checks, but asks vehicle owners to call ahead, and an employee will come out to their car.

“Anyone thinking of coming to the sheriff’s office is encouraged to call instead,” Funk said. “We are committed to trying to keep our office open for public service, and that means walk-in service. However, anything you can do online or by phone is preferred.”

Carr said protocols are ever-changing, but he said he is confident Teton County officials are taking the spread of coronavirus seriously, and he hopes that will help to “flatten the curve” of transmission in the area while still providing crucial public safety services.

“What Teton County is doing right now is far and beyond what the rest of the state of Wyoming is doing,” Carr said in a meeting with area law enforcement officials Wednesday afternoon. “That gives us great comfort. It is an interesting situation but we have to be open for business. It’s just a different type of open.”

To reach the front desk of the Teton County Sheriff’s Office call 733-4052.