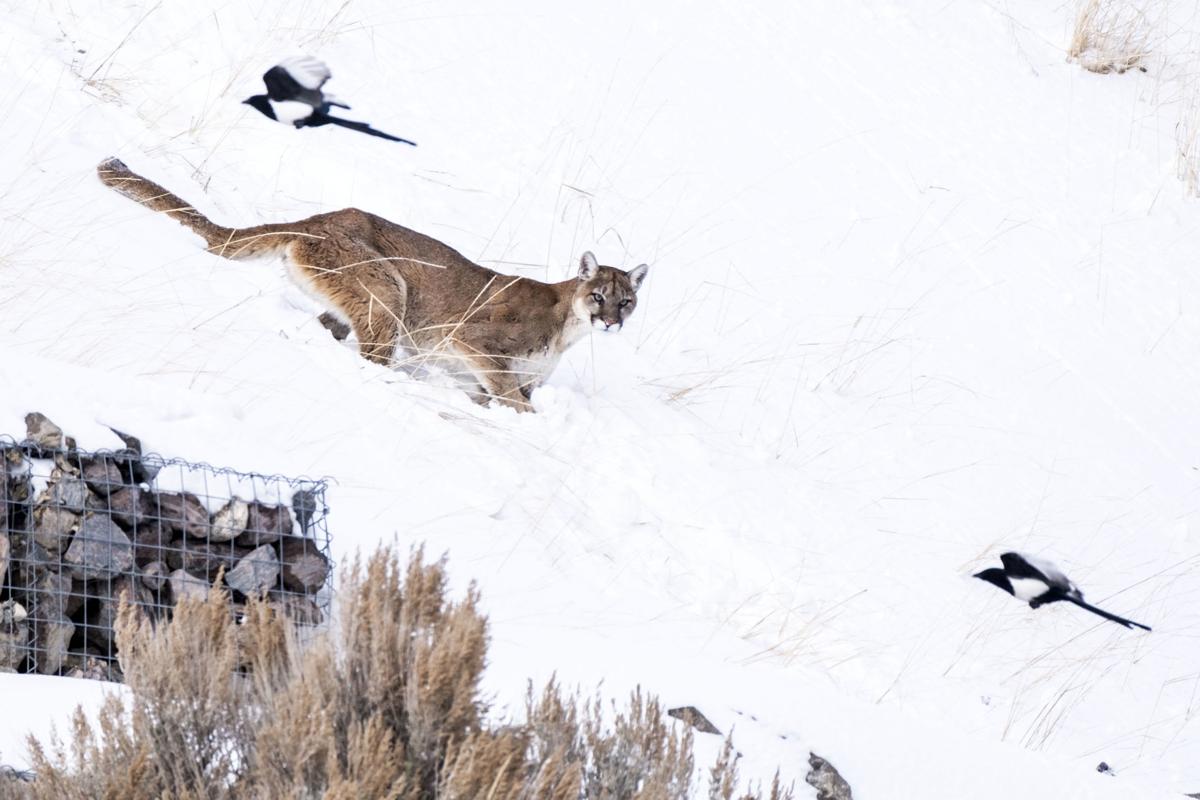 A mountain lion alternated between feeding on a deer carcass and resting behind a large juniper tree Wednesday on High School Butte. The big cat could easily be seen from South Park Loop Road, and scores of observers lined the sidewalk there to catch a glimpse. 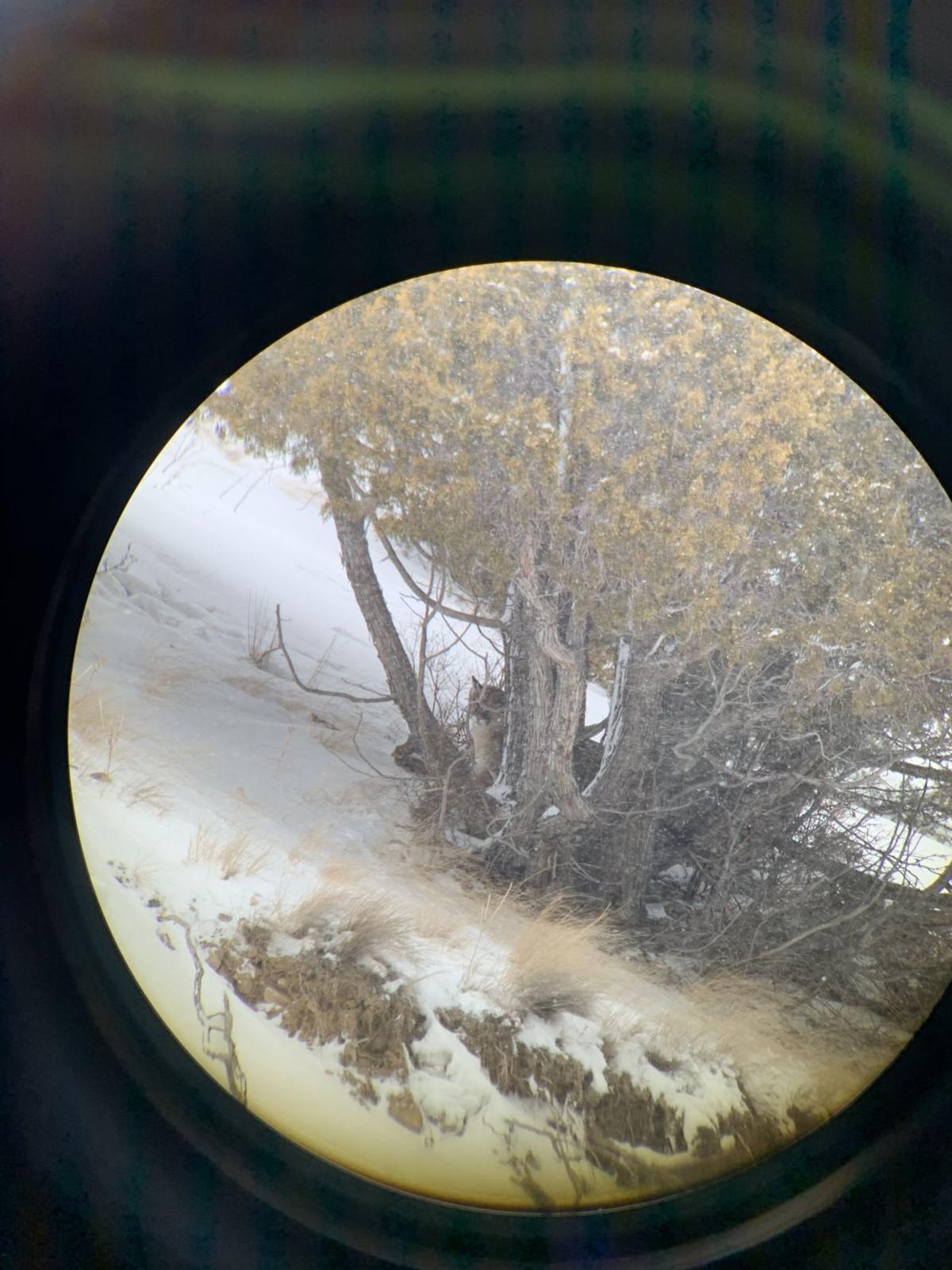 A mountain lion alternated between feeding on a deer carcass and resting behind a large juniper tree Wednesday on High School Butte. The big cat could easily be seen from South Park Loop Road, and scores of observers lined the sidewalk there to catch a glimpse.

Jason Wilmot was one of a lucky few posted up at the Maverik station Wednesday afternoon who wasn’t having his first brush with a mountain lion.

As a Bridger-Teton National Forest staff biologist and outdoorsman who spends a lot of time in the hills, he has encountered a handful of the big cats on foot over the years.

“I probably spend too much time in the trees,” Wilmot said.

Moments later, a cougar that had been lounging under a juniper tree on the hill across the street perked up and took to its feet. Even the binocular-wielding biologist who had seen this show before was excited.

A few big bounds later, the apex feline predator sent magpies fleeing from the remains of a deer carcass it came to claim.

“It’s my birthday!” Nina Lenz blurted while clapping. “And I saw it!”

Such was the mood midday in the parking lot of a west Jackson gas station.

But a mountain lion eating and napping near a deer carcass on the slopes of High School Butte wasn’t entirely appreciated by all: The sighting prompted the Teton County School District to send out a warning to parents.

“A mountain lion has been spotted on High School Butte today,” the district alert said. “If your student walks or bikes to school remind them to be aware and use appropriate precautions.”

As the afternoon dragged on, word had it that the solo lion was still lingering. Seeing a lion outside of a zoo is a once-in-a-lifetime sighting for most Americans, but it’s something that happens from time to time in Jackson Hole, especially in the winter when snow pushes prey like mule deer to lower elevations.

“What makes sense is that the cat’s here,” Wilmot said. “To me it’s cool, but it’s not that big of a deal. It’s not like a crisis or anything.

A video of mountain lion can be seen at JHNewsAndGuide.com.