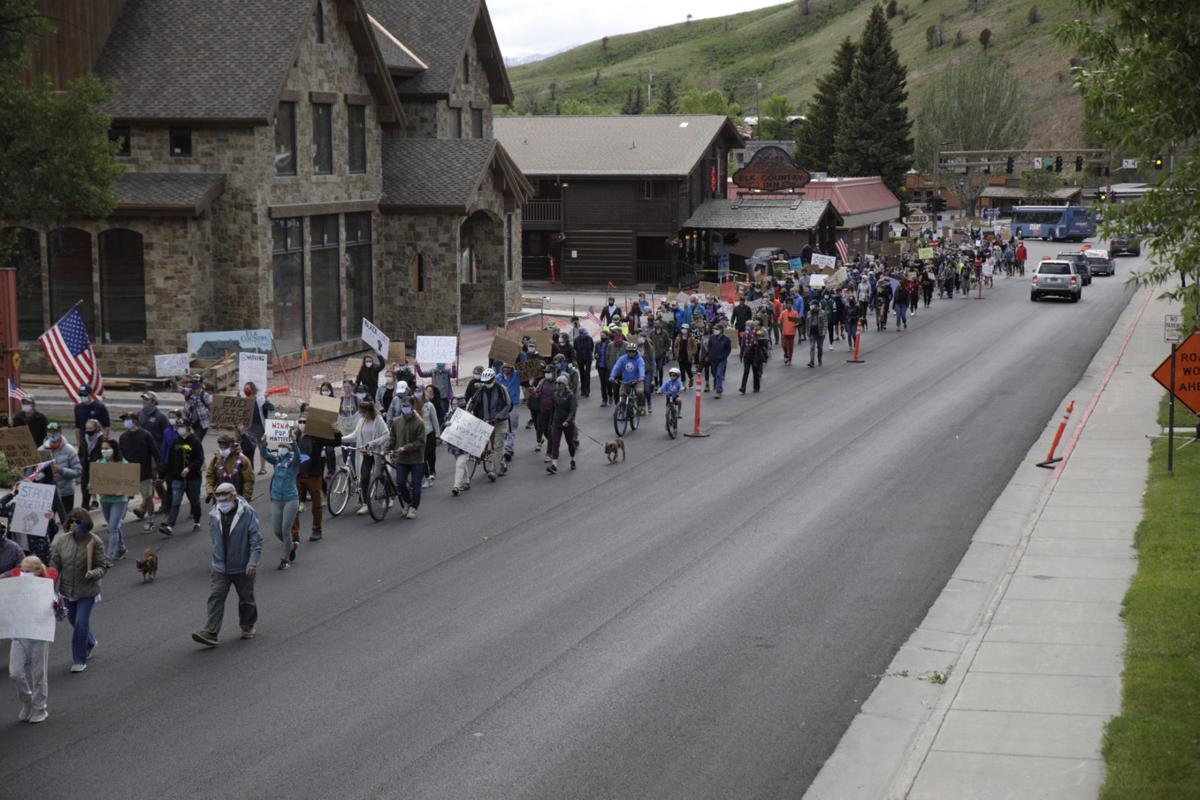 Hundreds of people march down West Pearl Avenue on Sunday as part of a protest organized by Teton People of Color and Allies. 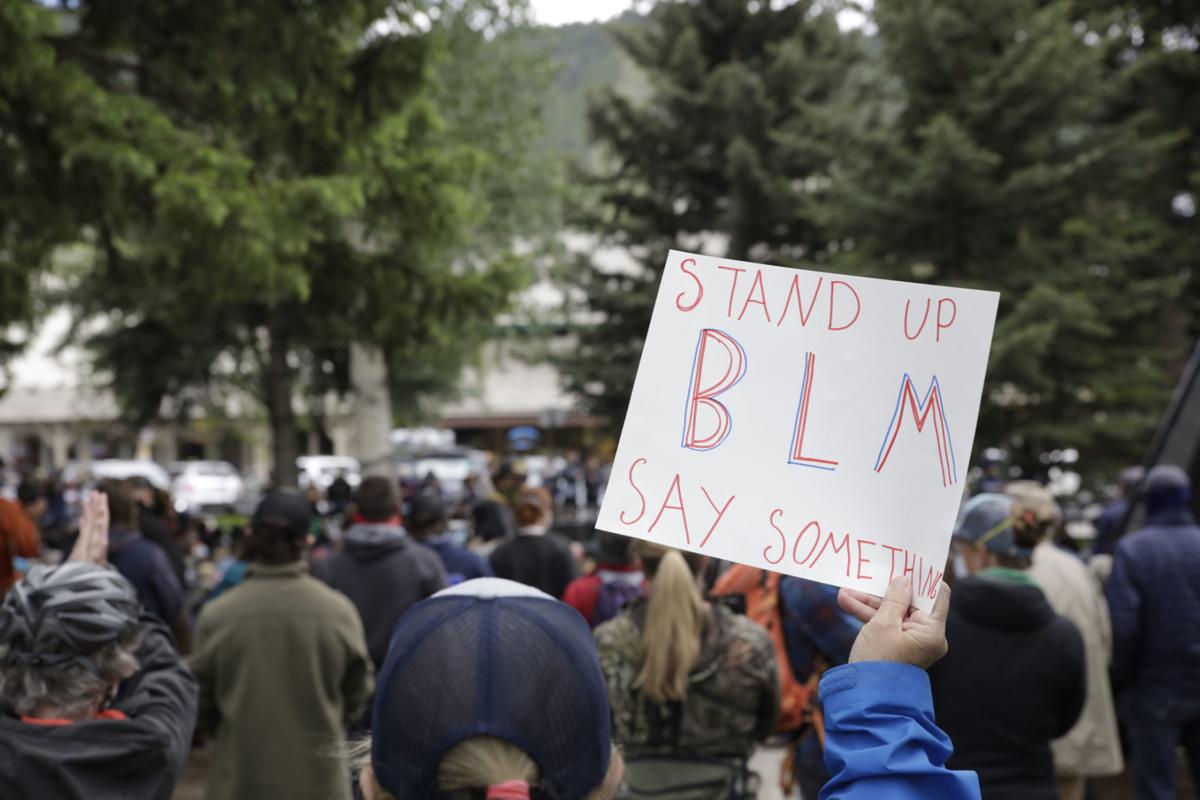 People listen to speakers Sunday evening on Town Square during a protest event organized by Teton People of Color and Allies.

Hundreds of people march down West Pearl Avenue on Sunday as part of a protest organized by Teton People of Color and Allies.

People listen to speakers Sunday evening on Town Square during a protest event organized by Teton People of Color and Allies.

Arthur Ellis said that in four years of living in Jackson, he has been pulled over six times.

Three of those times, he recalled being removed from the car. He’s got a clean criminal record, but, as a black man, he played out worst-case “what-if” scenarios in his mind during those interactions with police.

“That’s a scary what-if,” Ellis told hundreds of mask-wearing protesters Sunday evening. “It’s scary to be in that mindframe.”

The experiences, the 29-year-old resident said, built a lot of hate in his heart — and he doesn’t like it.

“I just want to love everybody,” Ellis said, “because you can’t win unless you love.”

At least several hundred people came out Sunday for the third protest in Jackson since George Floyd, a black man, died at the hands of white Minneapolis police officer Derek Chauvin, who pinned Floyd’s neck to the ground with his knee for over 8 minutes. The sign-wielding protesters kept up their peaceful ways as they marched from the Teton County Fairgrounds down Pearl Avenue and past the Jackson Police Department on their way to an assembly and community discussion about racism on the Town Square.

The event was the first organized by the newfound group Teton People of Color and Allies. Jackson man Jailyn Wallace, the loose-knit organization’s president, encouraged the mostly white audience to talk to black people like himself to better understand their experiences. He made the same request to people of color in attendance, whether they’re Asian, Native American or black, asking them to talk to white folks.

“Open a dialogue, talk to people,” Wallace told the crowd. “No one is going to know what you’re going through unless you talk. We want to hear it from you.

“And my best advice to all the allies out there who are helping us with this cause?” he said. “Listen.”

Ellis encouraged people to be loud. Hear someone being racist? Call it out, he said.

Sunday’s event went off without a hitch — like most of the hundreds of other protests that have been a part of an international movement calling for systemic changes to counteract decades of racial disenfranchisement and police brutality.

Out on the outskirts of the gathering there was a short-lived dust-up between an elderly resident wearing Trump apparel and some youngsters. A Weimaraner puppy got nipped by another dog and wailed. Some folks revved their engines around the square while protesters were speaking.

Perhaps the most heated moment of the evening came when Jackson Hole resident Rebecca Bextel took the mic. Earlier, during the march, she had been staged with a couple dozen counter-protesters outside the police department. As the protesters strolled by, they handed their American flag-waving counterparts flowers.

“That’s not true,” Jaramillo shouted out. “Black people are disproportionally affected. Google it.”

Cant wait to find out what got spray painted or vandalized last night.

Why always so negative, Ken? Can't you see that people are trying to sympathize with and enact change for our fellow humans?