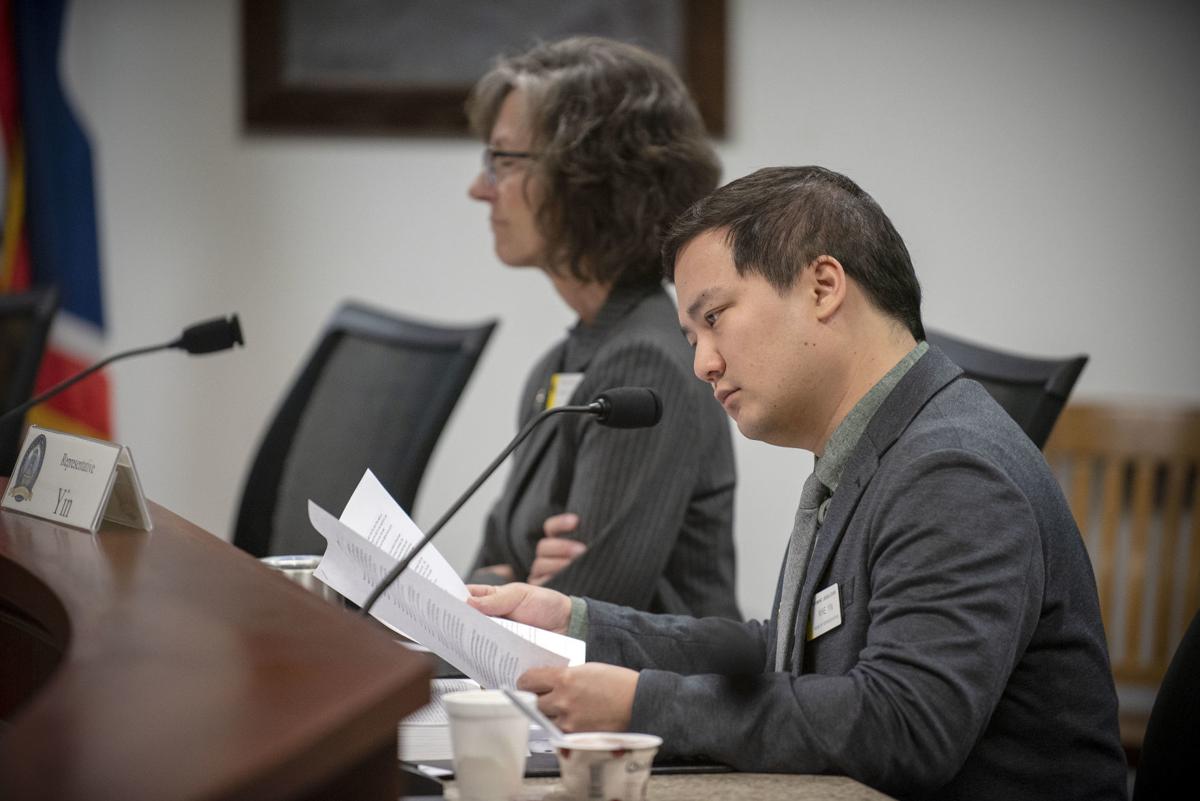 State Rep. Mike Yin at the 2019 legislative session in Cheyenne. As the legislature gears up for its first special session since 2004, Yin said he's looking to help small businesses recover from the COVID-19 pandemic.

Teton County’s two state representatives running to keep their seats will both be legislating much closer to the November election than usual.

With a remote special session of Wyoming Legislature set for May 15, Rep. Mike Yin is keeping an eye on COVID-19 testing and getting small businesses back on their feet. And Rep. Andy Schwartz is looking to beat his already-tuned Medicaid expansion drum.

Digging into those issues may happen over the course of months.

“To be quite honest, it’s gonna be a little tight,” Teton County Sen. Mike Gierau said of the first convocation. He sits on the legislative management council preparing bills and setting rules for the session.

The legislature’s May meeting will be focused on what Speaker of the House Steve Harshman is calling a “first-things-first” approach: addressing immediate priorities for responding to the pandemic.

“I’m looking for the help of the legislature to devise programs that can be very responsive to the specific needs of the people of Wyoming, and be able to deploy those resources to the people of Wyoming when they’re needed, which is right now,” Gov. Mark Gordon said Thursday.

Subsequent special sessions will likely be called in July and August.

This session is focused on distributing part of the $1.25 billion allocated to Wyoming through the federal CARES Act. Though the official amount is a moving target, Gierau said up to $450 million could be doled out in May, another $450 million in July, and the rest after that.

In subsequent sessions, legislators like Gierau, Yin and Schwartz will have more latitude to propose legislation to combat the crisis spanning health and economic spectrums.

The next round will “be business as usual,” Gierau said, “as much as it can in the new normal.”

Yin said he was interested in some of the proposals coming up in the first session, chiefly testing initiatives and business loan program.

Getting businesses up and running, he said, was a priority.

For him, doing so isn’t just an economic question. It’s a question of health and infrastructure.

Getting “testing infrastructure in place so that when we reopen we stay reopened,” Yin said, is crucial. He’s also interested in seeing smaller businesses benefit from the aid money.

“We want to make sure the money goes to where it’s actually needed,” he said.

For him, addressing medical needs — testing, yes, but also healthcare access — is key.

“If you lost your job, you lost your health insurance,” Schwartz said. “Whether or not we can do full-on Medicaid expansion or we have to put some conditions on how we do it, I don’t know.

“I’ll take whatever I can get,” he added.

Gierau said he’d heard rumblings about Medicaid coming up in the second-things-second sessions, as well as “a lot of talk” about the role of health officials.

“So, I think you’re gonna see some bills addressing that,” he said.