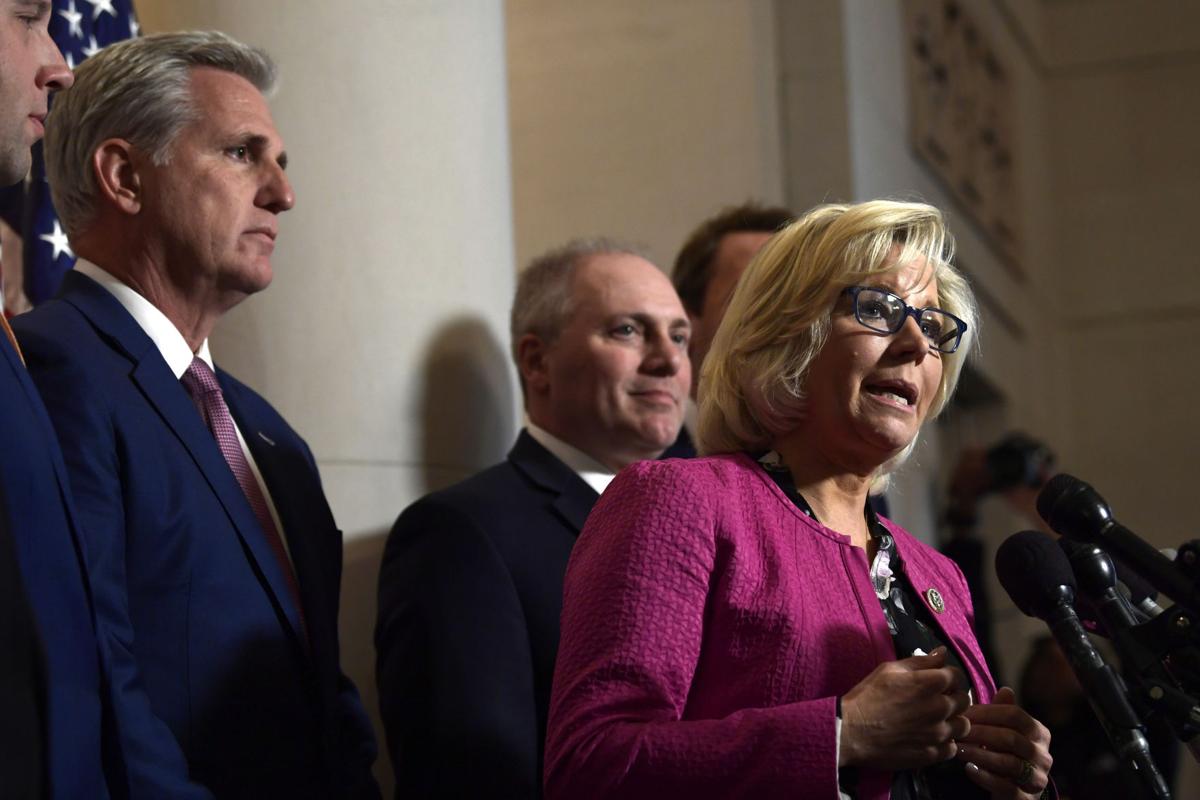 U.S. Rep. Liz Cheney, R-Wyo., right, speaks during a 2018 news conference on Capitol Hill. Cheney, the No. 3 in GOP leadership who has been sharply critical of Trump's efforts to overturn the election, called Wednesday's impending vote to impeachment President Trump a "vote of conscience" but did not indicate how she would vote. 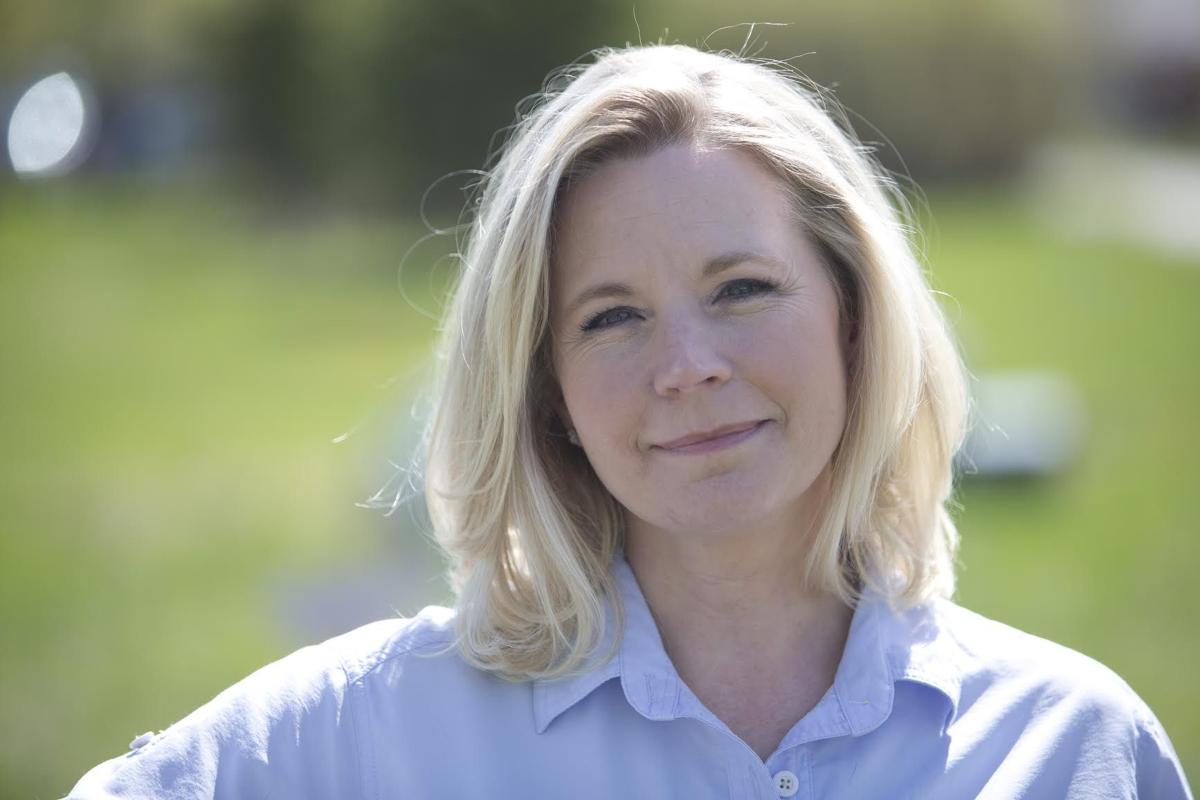 U.S. Rep. Liz Cheney, R-Wyo., right, speaks during a 2018 news conference on Capitol Hill. Cheney, the No. 3 in GOP leadership who has been sharply critical of Trump's efforts to overturn the election, called Wednesday's impending vote to impeachment President Trump a "vote of conscience" but did not indicate how she would vote.

“Concentration camp” is a loaded term, and one that sparked a heated online debate between Wyoming’s lone Congresswoman and New York’s freshman firebrand.

In an Instagram livestream Tuesday, U.S. Rep. Alexandria Ocasio-Cortez decried detainment centers at the border, saying, “The U.S. is running concentration camps on our southern border and that is exactly what they are.”

During the livestream, the New York Democrat also referenced the term “Never Again” — used by many to advocate for Holocaust remembrance — to warn against the dangers of such sites at the border. In contrast, the U.S. government alternately describes the sites as “federal migrant shelters,” “temporary shelters for unaccompanied minors” or simply “detainment facilities.”

“Please @AOC do us all a favor and spend just a few minutes learning some actual history,” the Wyoming Republican wrote on Twitter. “6 million Jews were exterminated in the Holocaust. You demean their memory and disgrace yourself with comments like this.”

A heated social media reaction ensued, with some defending Ocasio-Cortez’s comparison and others calling it inappropriate and even anti-Semitic. While the term concentration camp predates Nazi Germany, the term is widely used synonymously with the death camps used to carry out the murder of millions of Jewish people during World War II.

Mary Grossman, executive director of the Jackson Hole Jewish Community, said that Ocasio-Cortez’s comparisons to the Holocaust troubled her.

“Using imprecise comparisons that may inadvertently muddle our understanding of the horrors of the Holocaust are concerning. ... Nazi concentration camps were unprecedented and were used to supply slave labor to the Nazi party and led to the subsequent liquidation of millions of humans,” Grossman said.

Zalman Mendelsohn, rabbi for Jackson’s Chabad, echoed the same sentiment, saying he has a personal policy to never use Holocaust analogies except for Holocaust-related situations.

“To me, the magnitude of the Holocaust, and the fact that there was a systematic plan and implementation for the mass murder by a nation state to kill 6 million Jews, I think is just something that is incomparable to any other terrible thing that goes on in the world,” he said.

Through Chabad, Mendelsohn works to bring speakers to the community who are Holocaust survivors in order to raise awareness of the historical tragedy.

Likewise, the Jackson Hole Jewish Community also has a long history of bringing Holocaust survivors to town. In May, they brought Inge Auerbacher — a survivor of the Terezin concentration camp — to speak for Holocaust Remembrance Day.

For others, the debate over language threatens to overshadow potential human rights abuses at the detainment facilities.

Dakota Russell is the executive director of the Heart Mountain Wyoming Foundation, a nonprofit that preserves the site of the Heart Mountain War Relocation Center in northwest Wyoming, one of 10 sites where 110,000 to 120,000 Japanese Americans were confined and deprived of due process following the bombing of Pearl Harbor.

For Russell, debate over what to call the detainment facilities at the southern border misses the larger picture.

“There is a tendency to get caught up in the semantics of the situation and say, well, it’s this kind of camp and this kind of center and focus on that, and not focus on the idea that human rights are always to be valued and people coming into this country — legally or illegally — over history, their admission to this country has been affected by race.”

Russell said that even within the Japanese American community, there have been decades of discussion on the most appropriate term for what the U.S. government publicly called “relocation centers” and privately called “concentration camps” within internal memos.

For Russell, it’s important to respect the loaded associations that the term “concentration camp” carries within the Jewish community and with the Holocaust, but it’s also important to not use euphemisms to describe government detainment centers. However, the most important thing to him is preventing human rights abuses — like those experienced by Japanese Americans during the forced relocations — from happening again.

“If you solely focus on what you call these places, then you’re missing the larger issues,” he said. “You can call them anything that you want — for the people on the ground that are inside them, it doesn’t matter that much in the long run.”

— This article has been updated to include information about the Jackson Hole Jewish Community bringing survivors to speak about the Holocaust. — Ed.

This is the rep from the South Bronx criticizing the living conditions on the southern border? Many of her own constituents would be lucky to have it so well. I haven't heard anything remarkable about anything going in there. The 15% that vote there have to be asking what she has done for us? Oh yeah, chased away Amazon so we'll have an excuse not to work.

Go get em Liz!! The sheer ignorance, stupidity and lack of history or knowledge, from an ex bartender, is overwhelming.They should be proud of that one.

So, Liz Cheney--the daughter of man who referred to "torture" as "enhanced interrogation"--now has an ethical problem with linguistics?