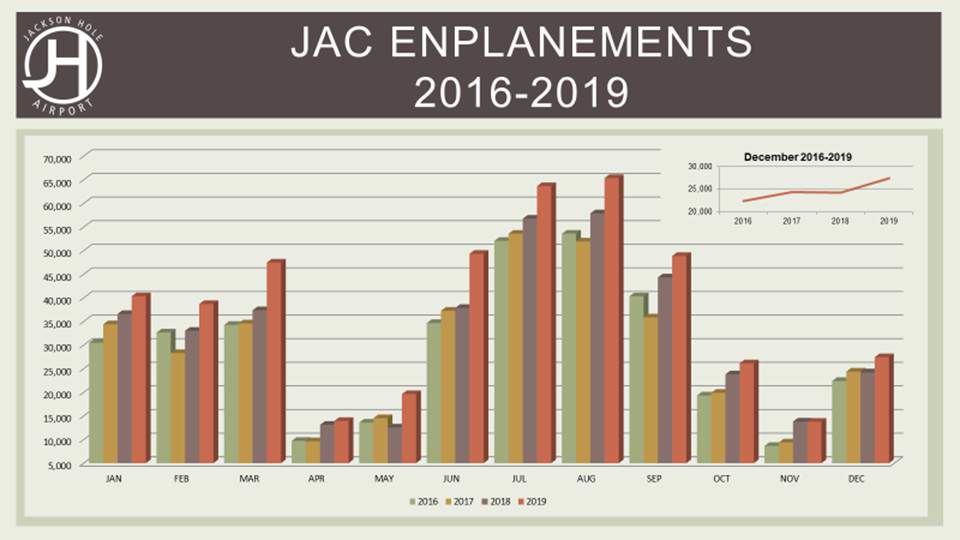 Passenger numbers at Jackson Hole Airport broke records almost every month of the year during 2019. Passengers were up 16% over 2018. 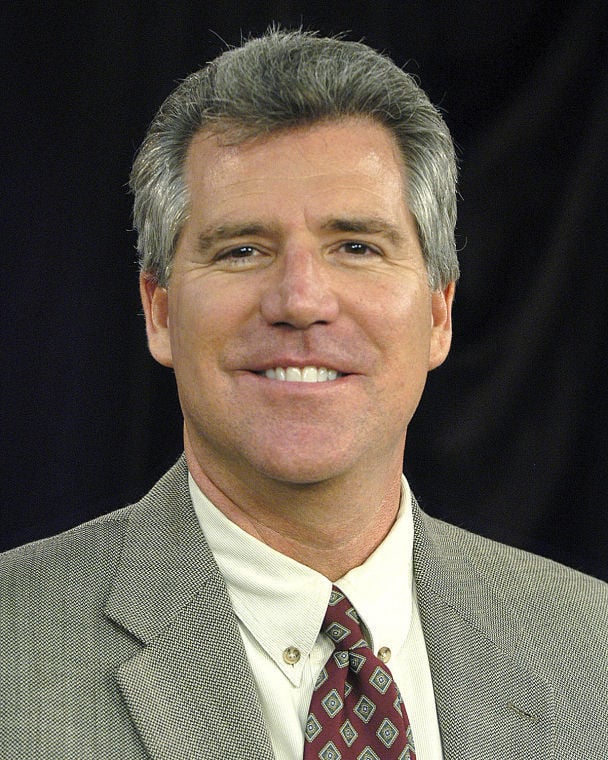 Jackson Hole Airport saw record-breaking numbers of travelers in 2019 once again, but its director said he sees a “plateau” is coming to start the new decade.

The bottom after the Great Recession came in 2012, but the last half of the decade saw strong annual gains in use at Wyoming’s busiest airport.

Enplanement logged last year, for example, beat the previous record year, 2018, by a 16% margin, though a slowing of that growth is projected.

“We’ve seen some fairly significant increases year over year for the past several years, but we don’t see that continuing to occur as we project forward.

“We’re seeing actually closer to flat passenger traffic as we move into 2020,” he said.

The general trend has been of larger and larger commercial jets landing at the airport, as propeller-driven regional jets are becoming locally obsolete.

Despite larger planes containing more seats flying in, the number of commercial airliners landing has climbed significantly as well. In 2019 there were 4,741 wheels-down commercial operations — up 10% from 4,322 the year before, according to airport data.

Planes were at their fullest during August, September and October, when between 89% and 91% of seats were taken. The holiday season brought the lowest load factors, with November logging 66% of seats taken and December 61%.

Much of the gain in commercial air traffic over the 2010s came during the winter and offseason months, but especially the past couple of years there have been strong increases throughout the calendar, including summer.

In 2019 there were record numbers of travelers every month of the year except November.

Elwood is basing his projections on advanced booking numbers and seat counts, which are stagnating.

“The number of available commercial airline seats coming in this winter versus last winter is up just over 1%,” Elwood said, “whereas the last several years we’ve seen double-digit increases in available seats.

“There simply are not going to be a lot of new seats to be sold,” he said, “and the growth will likely track that.”