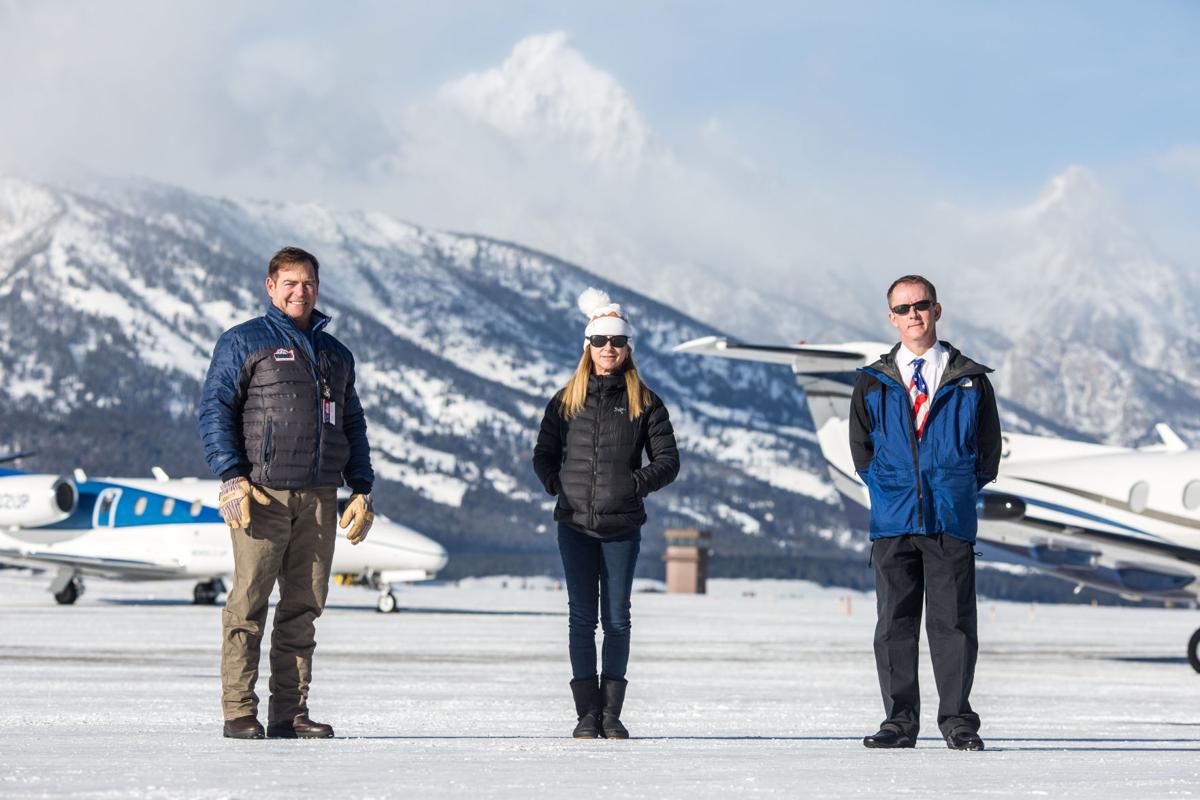 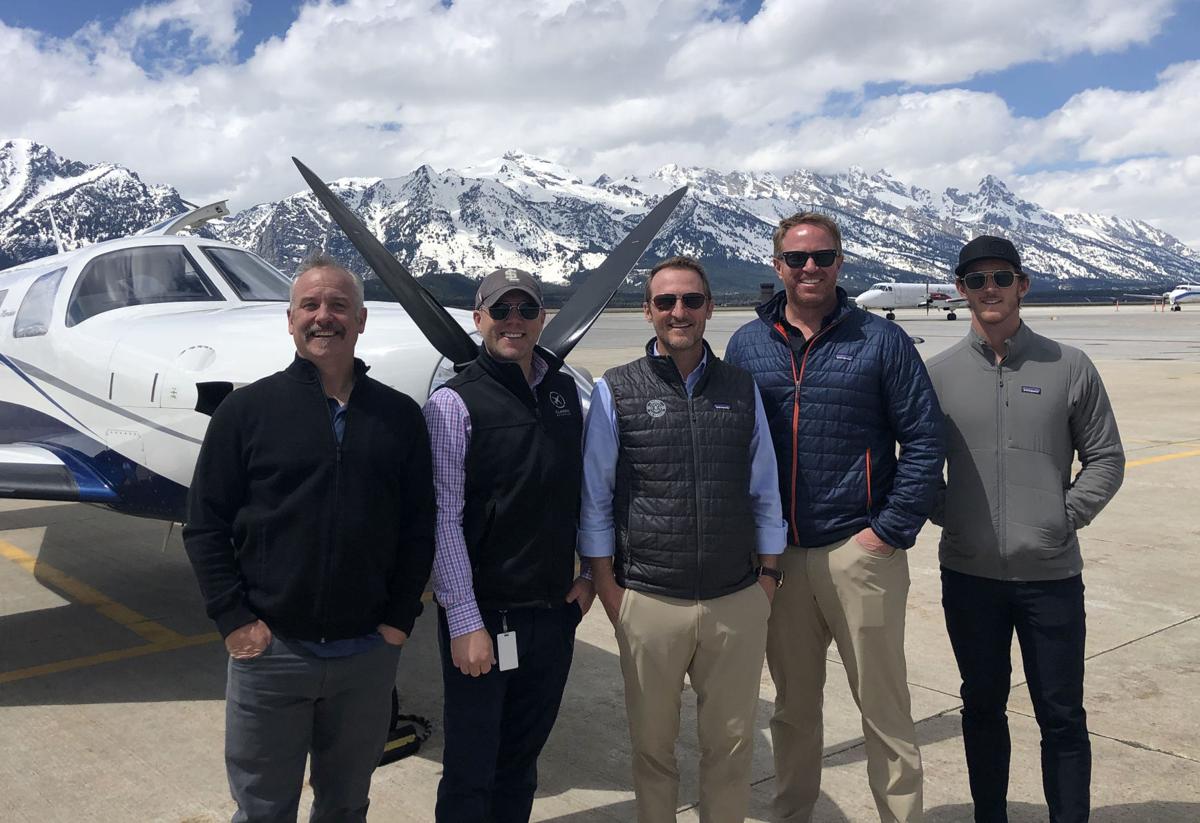 Two air ambulance outfits began working out of Jackson Hole Airport in 2020, adding direct competition to a market that has gone without a dedicated medevac aircraft for years.

Because of the absence, St. John’s Health doctors have had to call on one of six companies based elsewhere when a flight was needed to transport a sick or injured patient. But in 2020 Jackson Hole Airport’s board of directors approved two new operating agreements. In February the board signed off on Salt Lake City-based Classic Air Medical, and in November it authorized Jackson Hole-based Mountain Air Medical.

The latter business is a startup that was jointly initiated by pilot Kim Harrower, cardiologist Gary Roubin and flight nurse Gretchen Schmid, all longtime Jackson Hole residents. Classic Air Medical, meanwhile, is more established and regional, having developed 15 bases in Colorado, Utah, Idaho, Wyoming, Arizona and New Mexico over its 32 years. Both are operating with fixed-wing aircraft that will be stationed at Jackson Hole Airport hangars.

“For me this was a very personal thing,” Mountain Air Medical co-founder and Executive Director Roubin told the News&Guide. “I’ve got some heart disease myself. There’s a huge misconception, which I also had, that we are somehow well served by the helicopter in Driggs. That’s simply not the case.

“There just wasn’t any way to get someone out of here to Salt Lake City immediately,” he said. “That’s why Kim and I and Gretchen formed Mountain Air Medical. That was the only motivation.”

According to data that St. John’s Health shared with Mountain Air Medical, there are about 240 patients a year who require emergency transportation out of the valley, most often to Eastern Idaho Regional Medical Center in Idaho Falls or to Salt Lake City hospitals. Typically, about a third of those patients are medevaced via a fixed-wing aircraft, a third are brought aboard a helicopter and a third are driven in an ambulance, Roubin said.

Classic Air Medical, which formerly employed Harrower, has a jump on its competition, having started flights with its Beechcraft King Air twin-engine airplane last spring. A typical team that’s assembled at one of the business’s bases consists of 13 to 15 employees, including four full-time pilots, four full-time flight nurses and an advanced paramedic, said Chad Bowdre, the firm’s director of customer relations.

“We’d been around the area a lot, and we spent a fair amount of time evaluating whether Jackson would be an appropriate place to base out of,” Bowdre said.

The fit, he said, was right: “We’re not going anywhere.”

Mountain Air Medical, which will also be flying a Beechcraft King Air, aims to begin providing medevac flights this winter. Its strategic plan is to set aside some of its revenue to purchase a helicopter within a few years, Roubin said, and then base that helicopter at St. John’s Health.

Classic Air Medical is also considering bringing a helicopter to its Jackson base in the future, Bowdre said.

Although Jackson Hole has lacked a dedicated medevac flight service for some time, the industry does have a history of operation in the valley.

In 1980 Jackson physician Richard Sugden got Jackson Hole Air Ambulance off the ground, according to the archives of the Jackson Hole News. The airport’s board of directors and the longstanding fixed-based operator, Jackson Hole Aviation, initially denied the business venture, but Sugden found loopholes to provide the medical services he believed the valley needed but lacked.

“If Sugden charges nothing for his services, then he can operate his air ambulance without board approval,” reads a story in the Oct. 16, 1980, edition of the News. “Last month he did just that. A pregnant woman who was about to have her baby prematurely was flown to Salt Lake City in Sugden’s craft.”

Sugden eventually started a fixed-based operator of his own — which the airport board could not deny — so he could charge clients. The businesses grew and handled medical emergencies around the Northern Rockies for a dozen years, but by 1992 it closed shop due to financial reasons, the Jackson Hole News reported at the time.

The air ambulance industry is no longer a money-losing venture, and its profits have benefited from the skyrocketing cost of medical care in the United States. The median cost of medical helicopter transport in the United States now exceeds $36,000. On the high end the expense can exceed $80,000 and the tabs can prove financially ruinous, especially for those who are uninsured. (Read more about this in the July 24 and 31, 2019, editions of the News&Guide.)

But Mountain Air Medical co-founder Roubin said he has no interest in leaving his clientele with that kind of crippling debt — and won’t do it.

“If they have insurance we’ll charge their insurance,” Roubin said. “If they don’t have insurance they’ll pay us what they can, and if they can’t pay us anything we built that into our business plan.”

“I don’t want to be with someone at my son’s ski race or soccer match,” he said, “and be looking at them and thinking about how their lives have been ruined because they needed to be flown out of Jackson.”

Classic Air Medical’s Bowdre made a similar proclamation about not saddling its clients with life-ruining debt. The company’s CEO, Tony Henderson, is “not stacking away gold bars in his basement” and getting rich on other people’s misfortunes, he said.

“Our patients pay nearly zero out of pocket, like a couple hundred dollars,” Bowdre said. “We do not send people to collections. There have been less than a handful of times in the past, and that’s only when the patient doesn’t have any communication with us.”

Well, sorta ... Jackson Hole Air Ambulance did not cease operations "for financial reasons" .. but rather because after 12 years and about 1,000 flights there were now several other Air Ambulance services, being subsidized by hospitals where they were based, and I didn't need to continue subsidizing JHAA ... Well, I guess that is a financial consideration. JHAA and all our pilots, flight nurses, flight EMT's and other staff are proud of what we accomplished. Best wishes to the two 'new' air ambulance operations.

Thanks for added context, Richard. Looking through the archives for stories on this topic was fascinating. I found an action-packed feature story about one of your medevac crews working a night shift and even an old JH News editorial thanking JHAA for its years of service in the valley.