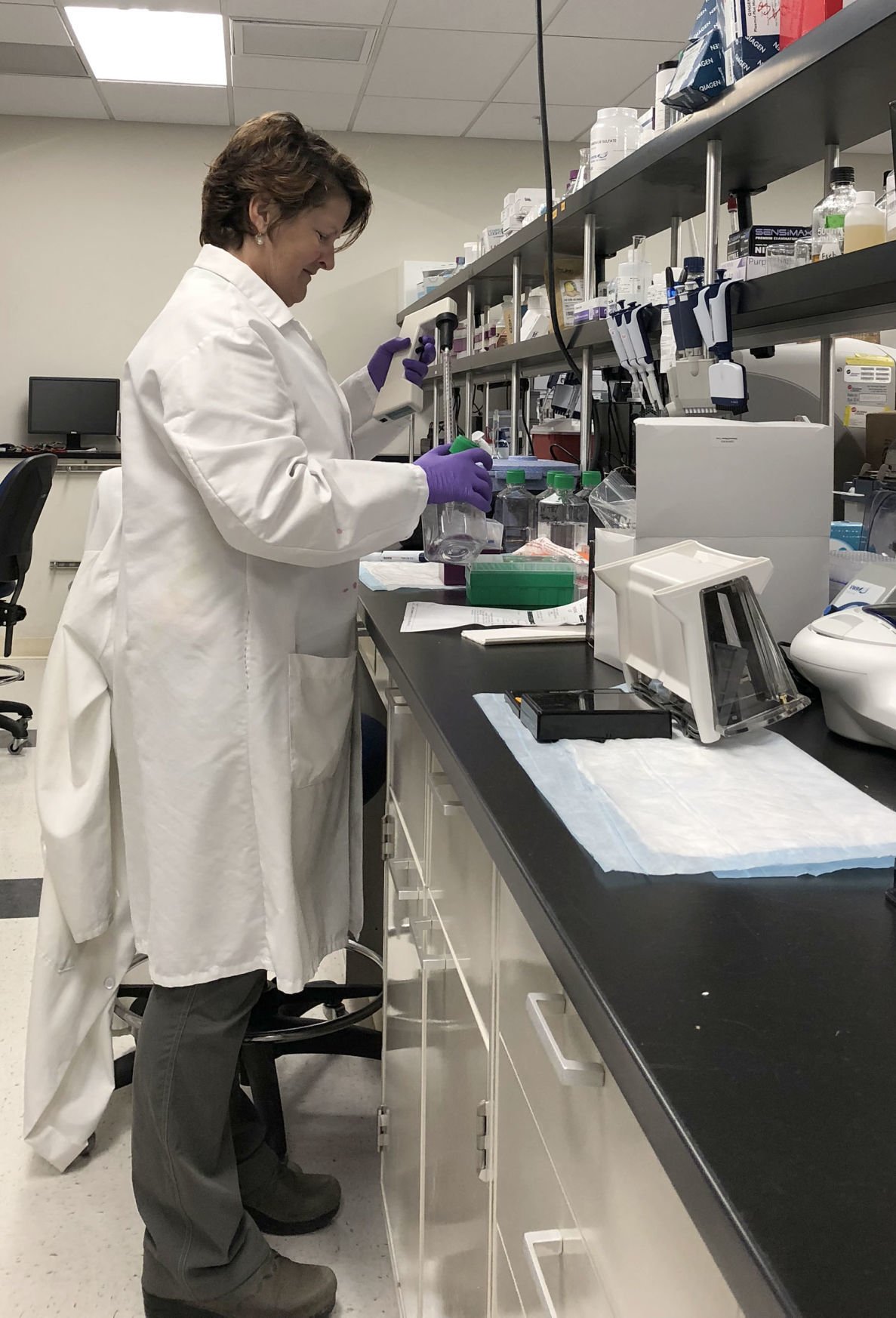 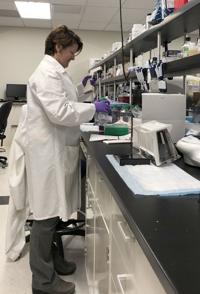 Irene Griswold-Prenner is in the beginning stages of finding a new way to fight Parkinson’s disease, the neurodegenerative condition that afflicts millions of people. 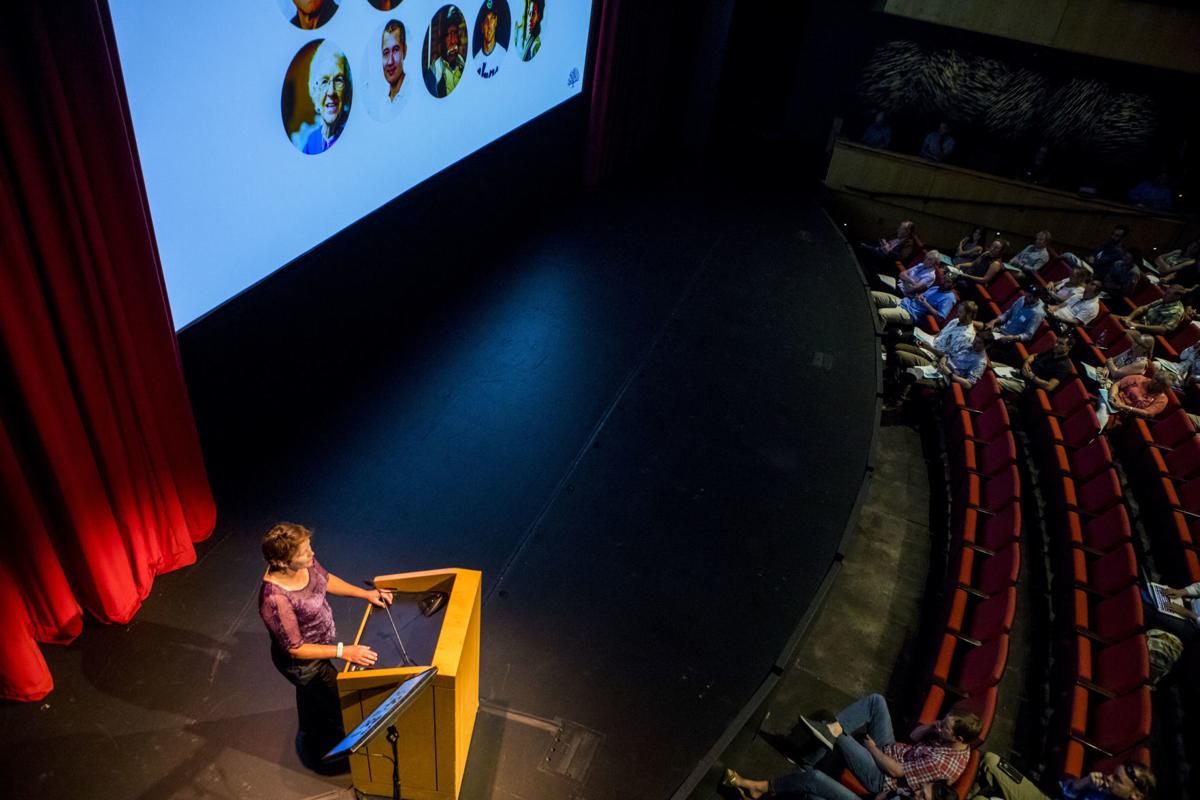 Irene Griswold-Prenner is in the beginning stages of finding a new way to fight Parkinson’s disease, the neurodegenerative condition that afflicts millions of people.

The small biotech company started in Jackson and is now making waves in San Francisco, thanks to its work targeting newly discovered nitration enzymes for the treatment of Parkinson’s disease.

“We’re trying to develop a drug that will slow down or even halt Parkinson’s disease,” said founding scientist Irene Griswold-Prenner. “There are a number of companies other than Nitrome trying to do this, but we have a very different approach.”

Griswold-Prenner is a pharmacologist and cellular physiologist who has also worked on drugs for other diseases, like Alzheimer’s.

“It’s a big problem, Parkinson’s and other neurodegenerative diseases,” she said. “They’re something we have to address immediately, essentially. It’s a critical problem, and if we can make their lives better and the lives of the people that take care of them better, we will have been successful.”

Parkinson’s, a progressive nervous system disorder that affects movement, is an age-dependent disease. Symptoms generally develop slowly over years, often starting with a tremor in one hand.

“You don’t get Parkinson’s when you’re very young,” Griswold-Prenner said. “We know that aging contributes a role to Parkinson’s, and we’re trying to slow down or halt that aspect.”

She translates that to lay terms by describing as “gunk” the protein that builds up in neurons of Parkinson’s patients. The work Nitrome Biosciences is doing is targeting the enzyme that catalyzes the accumulation process.

Griswold-Prenner said that if the drug they’re working on can halt Parkinson’s progress for even one year, she’d consider her mission accomplished.

“If we can do even a minimal slowing down of these diseases, it would have a huge impact on people’s lives,” she said. “We hope to have a substantial effect, but even a minimal effect would allow the opportunity to combine with other drugs that control different mechanisms. But halting the disease before it’s ever an issue is the ultimate goal.”

Nitrome Biosciences is called a discovery stage company, meaning it’s early in the process. Griswold-Prenner expects to be in clinical trials across the country in 2021, so as yet there’s no miracle drug she can give patients.

She has to turn people away when they ask. There’s demand: Approximately 60,000 Americans are diagnosed with Parkinson’s each year, according to the Parkinson’s Foundation, and more than 10 million people around the world live with the disease.

“I feel horrible,” she said. “It’s terrible, they’re desperate for anything to make it better. But there’s nothing I can do for them at this point. I don’t want to give false hope.”

The work Nitrome Biosciences is doing now started many years ago at a different company. Research began at Alon Pharmaceuticals, where Griswold-Prenner worked for 15 years.

Eventually, she said, the company ran into financial difficulties and had to shut down research programs, hers being one of them. Her research “pretty much just sat for quite a long time” while she was working at another company, AMAG Pharmaceuticals.

Last year she was able to get it all restarted.

“I literally went around and talked to everyone I possibly could,” she said.

Her husband found Extherid Biosciences, founded by Marnie Peterson, which had a biotech lab space in South Park.

“Basically it just tells you if this is a possibility, but it’s not something you would ever give to patients,” Griswold-Prenner said. “I did the research work in her lab and found out that this enzyme could be inhibited, and that sort of set us up.”

“To get a biotech company going you have to have something,” Griswold-Prenner said. “We needed to bring in investors to help fund this. It can’t just be an, ‘Isn’t this interesting? I’d like to study this’ type of thing you can do in academics.”

There also has to be a benefit for patients and a financial return for investors, she said.

Her company won the Audience Choice Award and $2,500 during Silicon Couloir’s Pitch Day this summer.

After a proof of concept was found, Griswold-Prenner went around Wyoming, and the nation, looking for funding to move forward. She found a key source of funding from their lead investor, an angel investment group out of Casper called Breakthrough 307.

She also entered competitions to gauge industry interest, including a competition by AbbVie Ventures. Whichever companies they like best win a “golden ticket” — providing free lab space for an employee at an incubator space in San Francisco called MBC BioLabs.

San Francisco made sense for Griswold-Prenner, since she’d worked there previously with high-quality scientists.

“For a tiny little startup, for a biotech company, that’s often the hardest thing: to get really good scientists to come to your company,” she said. “I decided with the free lab space and the scientists that would come work with me, San Francisco was the best place to start up this effort.”

For now she travels back and forth between Jackson — where her husband, house, chairman of Nitrome Biosciences’ board, corporate attorney and an additional board member are — and San Francisco.

“We will likely always have a lab in San Francisco because this is where the next stage is,” she said.

Biotech venture capitalists, she said, like to be near ground zero. But that doesn’t mean Nitrome Biosciences couldn’t also have a lab in Jackson again, too. She’s working with Gov. Matt Mead’s ENDOW (economically needed diversity options for Wyoming) initiative to fund efforts “instead of everything automatically just having to go to the big biotech cities like San Francisco, Boston and San Diego.”

Without several thriving biotech companies, she said, it can be hard for scientists to feel comfortable putting down roots — despite the appeal of moving away from crowded cities. There also needs to be support from town and state government to subsidize the ventures.

“It all builds on itself, but you need that initial momentum to get it going,” Griswold-Prenner said.

“I don’t know how many times I’ve been contacted by students, undergrads and those with master’s and Ph.Ds, who want to go back home and live in Jackson, and they want to do something other than working as a waitress in a restaurant after having gotten their degree,” Griswold-Prenner said. “It would be great if we could expand and have some biotech effort or research effort in the Jackson Hole area.”