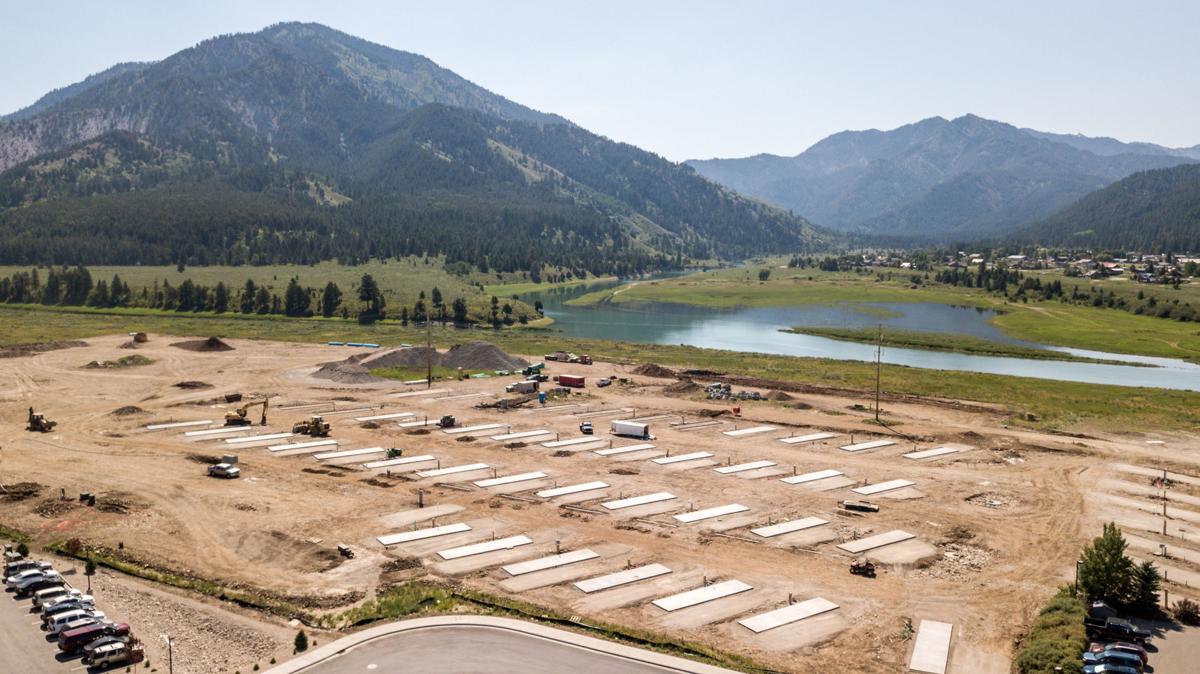 The new Alpine Valley RV Resort sits on a 17-acre lot between the new Broulim’s grocery store and the confluence of the Snake and Greys rivers at Alpine Junction. The property will have about 120 RV sites with wireless internet connections, a clubhouse, splash pad, basketball and pickleball courts by its completion. 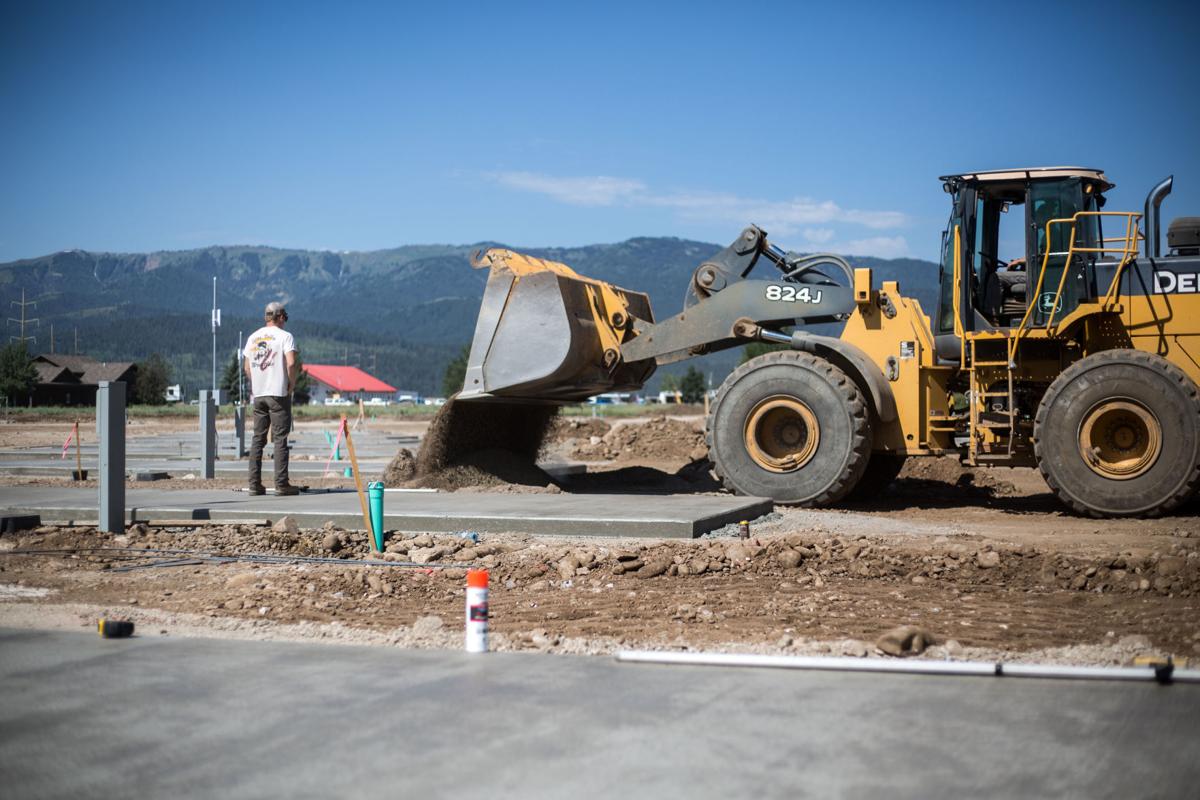 With concrete pads poured, ground is prepared for pavement Tuesday at Alpine Valley RV Resort in Alpine. The 17-acre lot at Alpine Junction will open with about 40 RV pads in July, with about 120 total pull-through and back-in RV sites planned by completion. 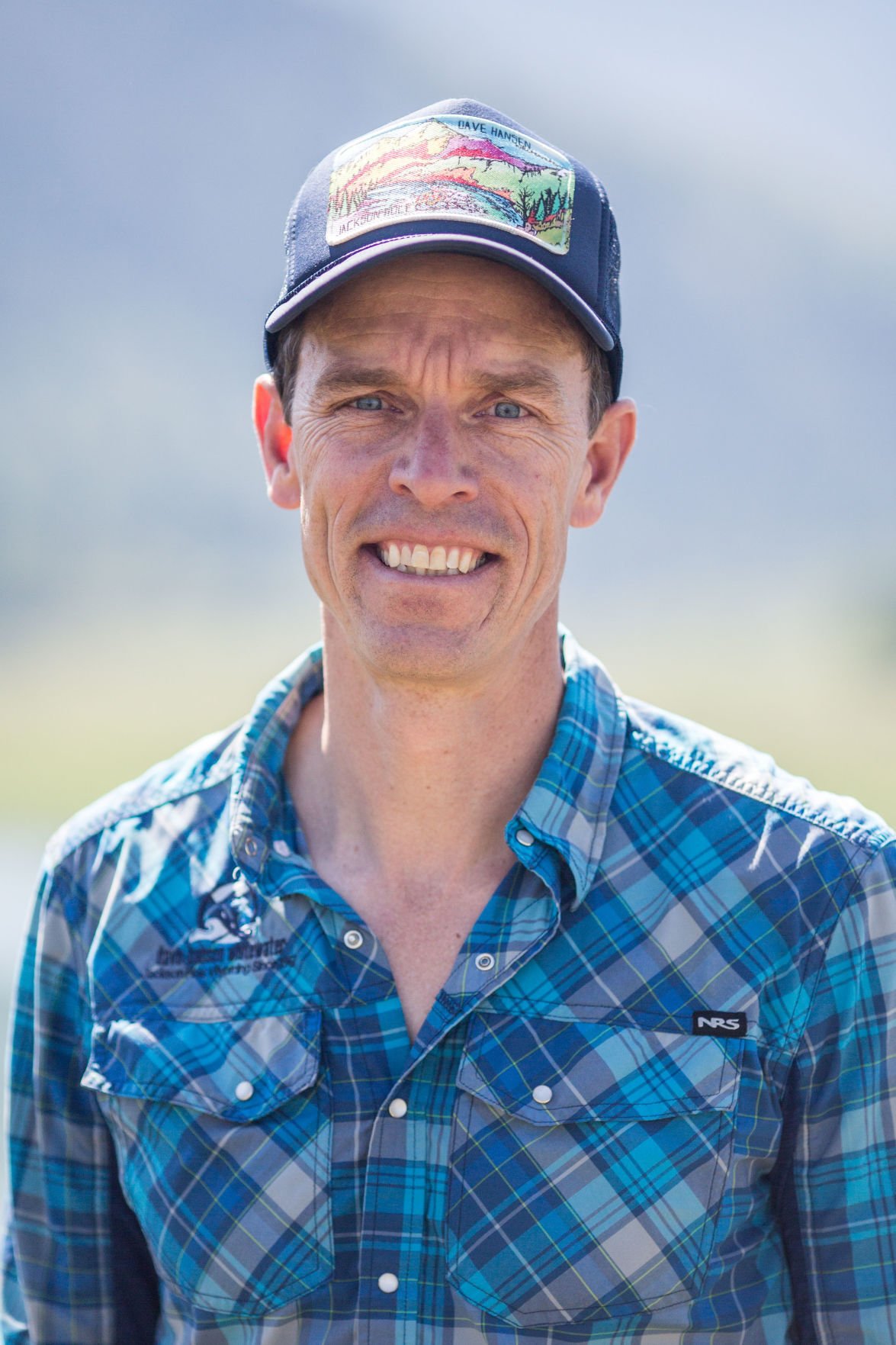 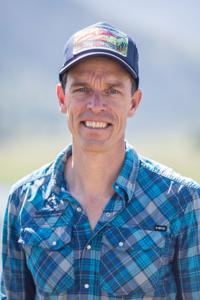 The new Alpine Valley RV Resort sits on a 17-acre lot between the new Broulim’s grocery store and the confluence of the Snake and Greys rivers at Alpine Junction. The property will have about 120 RV sites with wireless internet connections, a clubhouse, splash pad, basketball and pickleball courts by its completion.

With concrete pads poured, ground is prepared for pavement Tuesday at Alpine Valley RV Resort in Alpine. The 17-acre lot at Alpine Junction will open with about 40 RV pads in July, with about 120 total pull-through and back-in RV sites planned by completion.

More than 20 RV parks used to be scattered around Jackson but in recent years the number has dwindled to a handful.

Blame the changing nature of the American vacation, and also the soaring value of land in the Hole, says Bud Chatham.

But Chatham is bucking the trend, opening a new RV park this week. It’s 30 miles from Jackson but it’s going to fill a need for people who can’t find a place to park their vacation rig any closer.

Chatham and his wife, Kelly, own the Snake River Cabins and RV Village south of town, a place commonly called Snake River KOA, though it’s ended its KOA association this year. They also own Dave Hansen Whitewater, one of the area’s oldest river ride companies. They’re opening Alpine Valley RV Resort on Highway 89 north of Alpine, next to the new Broulim’s supermarket.

Though the RV business is flourishing it’s become an uphill economic battle to run a park in Jackson, Chatham said.

“Land here is so valuable in Teton County it doesn’t make sense to have a business that has a season of four to six months,” he said. “One of the great things in this area is that it’s 97% public lands, so that 3% is very valuable, and so doesn’t lend itself to being an RV park.”

Chatham took the KOA over in 2010 from his uncle, longtime operator Stan Chatham, who bought out Austin Holmes in 1979. Bud Chatham said demand for RV space remains high, and also that the typical RV is a lot bigger than it used to be and much more unlikely to fit into a park built decades ago.

At the Snake River KOA the biggest spaces top out at 30 feet, but 60-foot RVs are now common and it’s not unknown for an RV, with an added trailer, to hit 75 feet.

“Having the old KOA we just knew from people coming through that they wanted RV sites we weren’t able to accommodate,” Chatham said. And if you’re already in the business, he said, “once you lay out an RV park it’s hard to change the dimensions.”

Chatham’s new place in Alpine opens officially this week with just a part of what he hopes to have by build-out. That includes “pull-through” spaces for RVs up to 75 feet long and “back-in” sites that can handle a 60-footer.

The Chathams bought 17 acres in Alpine last year and were still working last week to prepare the space for guests. They hope to have about 35 sites ready this week, each with a concrete pad for the vehicle and a patio and up to 1,000 square feet of grass. They’ll continue to open spaces and think they will have about 100 by late summer, with an eventual goal of 120. The sites will have Wi-Fi. Ten cabins are planned, though probably not until year after next.

Also on the construction list are a 5,000-square-foot clubhouse and a bathhouse, cooking and cleaning areas, game rooms and a convenience store, and a laundry. All that won’t be complete until sometime in 2022. Also planned is some rec space, including a basketball court, a splash pad, a climbing wall and room for pickleball.

Big spaces and the extras are the focus, Chatham said: “Our goal is to be a high-end RV park that can accommodate a lot of the rigs coming through that now have to bypass the area because the campground areas are too small,” he said.

Providing Wi-Fi is another example of how the business has changed, he said, how a vacation that used to be primarily about getting away from things now tends to be a lot more tethered to life at home.

“It used to be that that everyone wanted sites with shade, then satellite TV became popular and people didn’t want the shade of a tree because the satellite wouldn’t work,” Chatham said. “Now it’s Wi-Fi. ... it’s very important these days.”

Chatham expects that it’s Grand Teton and Yellowstone national parks that will remain the big draw for people using the new RV park, in spite of the distance. But the nearby Snake and Greys rivers and surrounding U.S. Forest Service land, along with Palisades Reservoir, are also likely to attract customers. He expects people at the park will be staying five to seven nights, a bit longer than the usual in Jackson.

The RV business has been booming, according to the RV Industry Association, the trade group for manufacturers and park owners. The group says that 56 million people will take an RV vacation this year and that owners estimate they use their RVs about 20 days a year.

The trade groups says that 11.2 million households own some kind of RV, and that a survey found that 9.6 million said they hope to buy an RV within five years. During 2021 it’s estimated that 576,000 RVs will be sold.