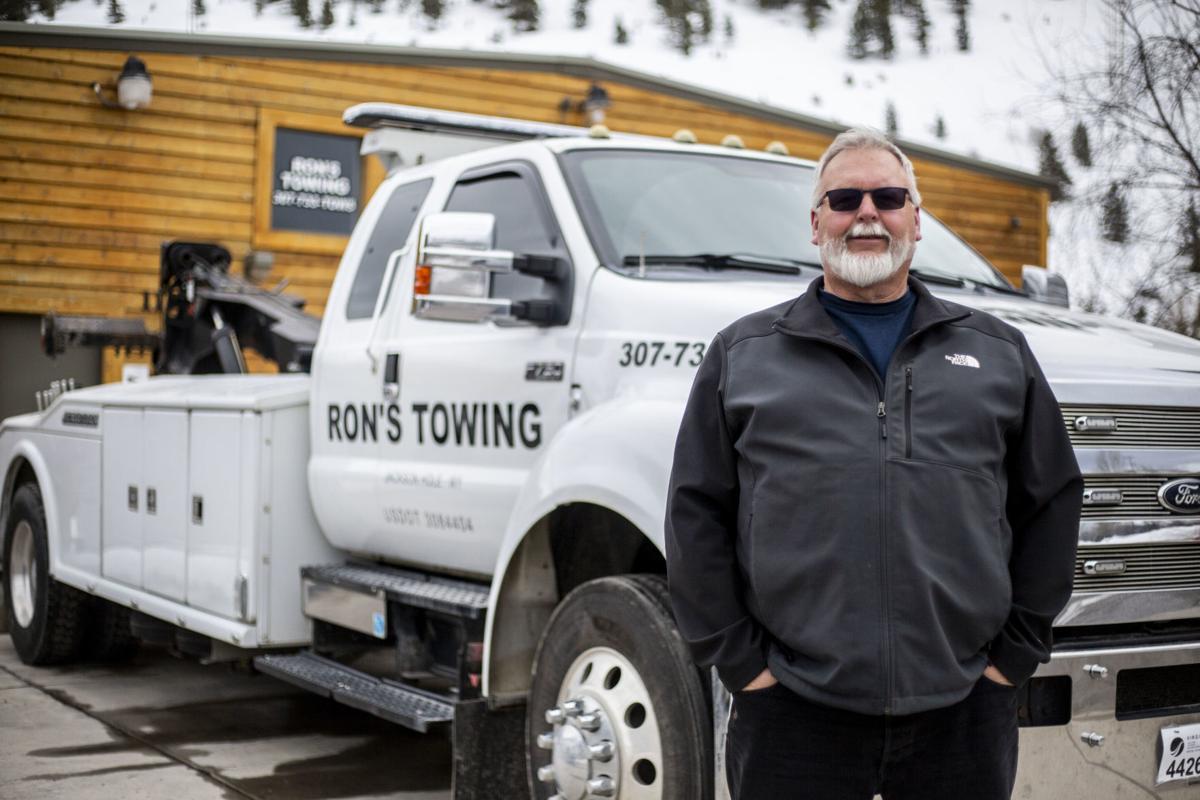 After selling his business in 2018, Ron Reaves is back at the wheel at Ron’s Towing. 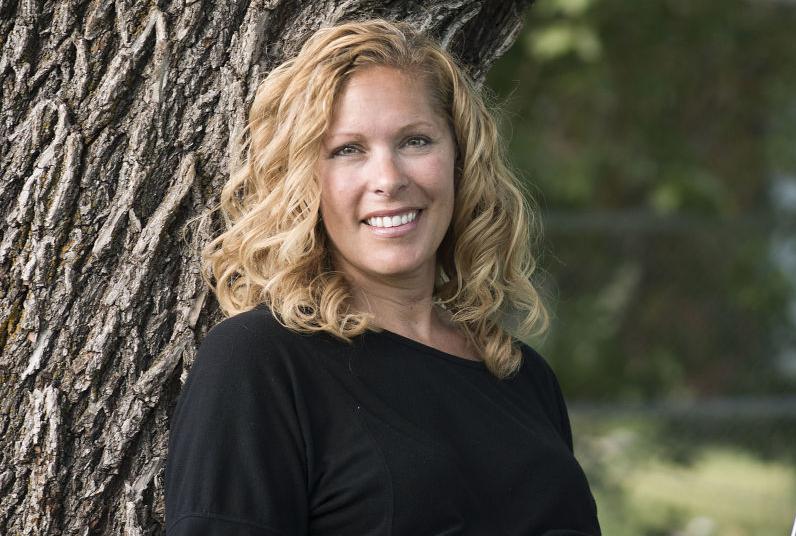 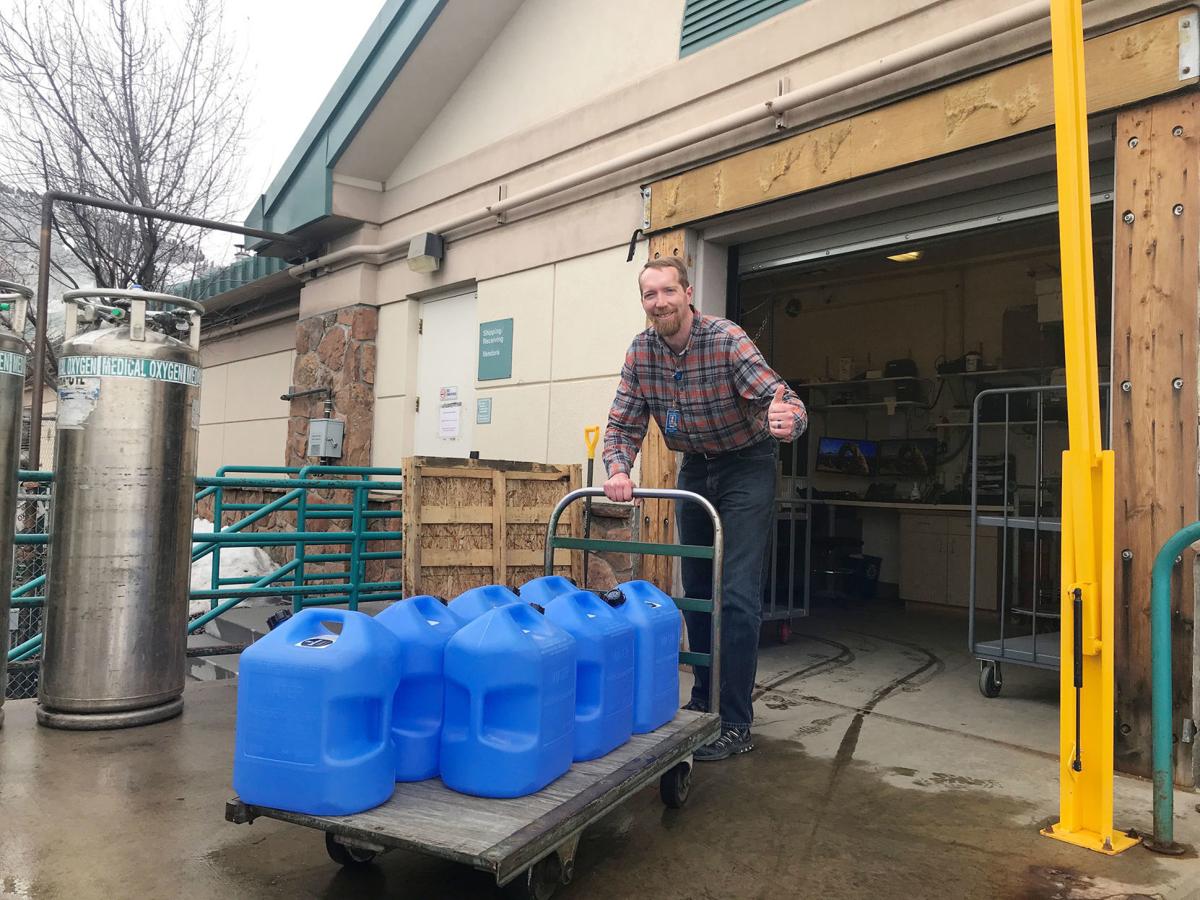 Bulk delivery of hand sanitizer earns a thumbs up. Travis Goodman and Chas Marsh, who own and operate Jackson Hole Still Works, drove over 1,000 miles last Friday, distributing 350 gallons of their hand sanitizer throughout western Wyoming.

After selling his business in 2018, Ron Reaves is back at the wheel at Ron’s Towing.

Bulk delivery of hand sanitizer earns a thumbs up. Travis Goodman and Chas Marsh, who own and operate Jackson Hole Still Works, drove over 1,000 miles last Friday, distributing 350 gallons of their hand sanitizer throughout western Wyoming.

Jackson Hole Still Works, the distillery that usually turns out vodka and barrel-aged gin, has put its stills to a different use in the wake of COVID-19.

In partnership with the Wyoming Business Council and the governor’s office, the distillery has been producing hand sanitizer for the past three weeks.

Travis Goodman and Chas Marsh, who own and operate Jackson Hole Still Works, drove over 1,000 miles on Friday, distributing 350 gallons of their hand sanitizer throughout western Wyoming.

“It only scratched the surface of the need,” Goodman said.

Their loop stretched from Lovell to Rock Springs, where they delivered buckets to Emergency Medical Services county seats. Those teams, in turn, distributed the hand sanitizer to hospitals, assisted living facilities, police task forces and others on the front lines of the battle against COVID-19.

“Every person we delivered to was ecstatic to see us and very, very happy to have hand sanitizer in quantities that could help people,” Marsh said.

Goodman and Marsh have plans to hit the road again Tuesday to deliver another 650 gallons.

“It floods our phone system and keeps us from getting what we need done,” Marsh said. “Unfortunately, the hand sanitizer that we are making is not intended to be distributed for personal use.”

Marsh urged individuals or businesses in need of hand sanitizer to contact their county Homeland Security agent. Agents in all 23 counties are aggregating a list of needs to maximize the efficiency of hand sanitizer distribution.

“At this point it is paramount [to contact the local agent], because we don’t want people to get lost in the shuffle,” Marsh said.

In the meantime, Marsh and Goodman ask individuals to wash their hands to ensure the hand sanitizer can go to those most in need.

Ron’s Towing has made some changes.

It has merged with Flat Creek Towing. It opened a satellite office in Victor, Idaho. And Ron has returned.

“I’m back running the whole thing,” said Ron Reaves, founder of the business and now the acting CEO.

“Ron had always told me if I ever needed help I could call him,” said Pat Cunningham, who purchased Ron’s Towing with Rick Hunt a few years ago.

That time came last summer when Cunningham learned he needed to be with his wife and their new baby in Salt Lake City for an extended time.

“We were running really lean,” Cunningham said. “I was running trucks full time. ... I was committed to Salt Lake for a month.”

That’s when he called Reaves, the man who sold the business to him and Rick Hunt in 2018. Reaves has been in this line of work for 35 years. He started Ron’s Towing with one truck and ran it for eight years, he said, before selling it.

Reaves is well-known in Jackson, so when Flat Creek Towing owner Peter Tufo heard he was back in town he went across the street to say hello.

“I’d heard a lot about him,” said Tufo. “Just chatting planted the seed for everything that started to unfold.”

He, Reaves, Cunningham and other partners, including Hunt, own the business now. There are 16 trucks, including two purchased recently. They range from small tow trucks to heavy-duty semis.

The “Drictor” branch of Ron’s Towing will work out of the back half of Sue’s Roos at 51 W. Rocky Road. Ron’s already had a lot of customers in Teton Valley and having a satellite office means it doesn’t need to send trucks over the pass.

Clinton said last week that owners Jeff and Olivia Hornig “will match any donation by the agents for a ventilator or anything else the hospital may say is most important.”

Olivia Hornig told the News&Guide that agents in the Jackson office deserved all the credit for the effort and that she and her husband were “humbled and inspired by so many in our organization.”

It was initially estimated that a ventilator would cost about $18,000. Allen said the money could also be used by St. John’s for testing or any other use it deemed essential.

She said agents at the Sotheby’s office in Driggs, Idaho, were also raising cash to support the hospital there.

Besides matching their agents’ fundraising, the Hornigs have also said they will forgo two months of the fees usually paid by associate brokers to Sotheby’s.

The Hornigs, who live in Minnesota, also own the Sotheby’s office in Sun Valley, Idaho.

Get ‘hot tips’ for media

What do you need to tell the world via social media right now?

Central Wyoming College and social media expert Rose Caiazzo of Rose Consulting LLC will offer a workshop live via Zoom to help you find the answer to that question.

The workshop is called the Hottest Tips & Tricks on Social Media.

“But we’ll take a bit of time to review best practices for adapting your tone and messaging during times of crisis,” Caiazzo said.

Start Up is a no go

The Start Up Intensive planned for this spring has been canceled, partly because of problems created by the coronavirus pandemic.

But Central Wyoming College, the University of Wyoming College of Business and Silicon Couloir are bringing to market a new program called Entrepreneur Essentials that formalizes a successful pilot program last fall.

Start Up Intensive has run in Jackson for six years, offering training and mentoring to people who are starting new businesses. It’s been a joint effort of Silicon Couloir, a business forum and incubator, and Central Wyoming College.

The program planned for the immediate future in Jackson won’t be held, said Liza Millet, Start Up Intensive co-founder and a Silicon Couloir board member. She said it would be too difficult and probably unproductive to attempt to hold the program via the internet.

“When we can’t get together in person every day” it would be a hassle, Millet said. “Nine to three online, three days a week would be tough for all.”

Normally, it would cost $995. Due to the economic uncertainty, it will be offered for $582.