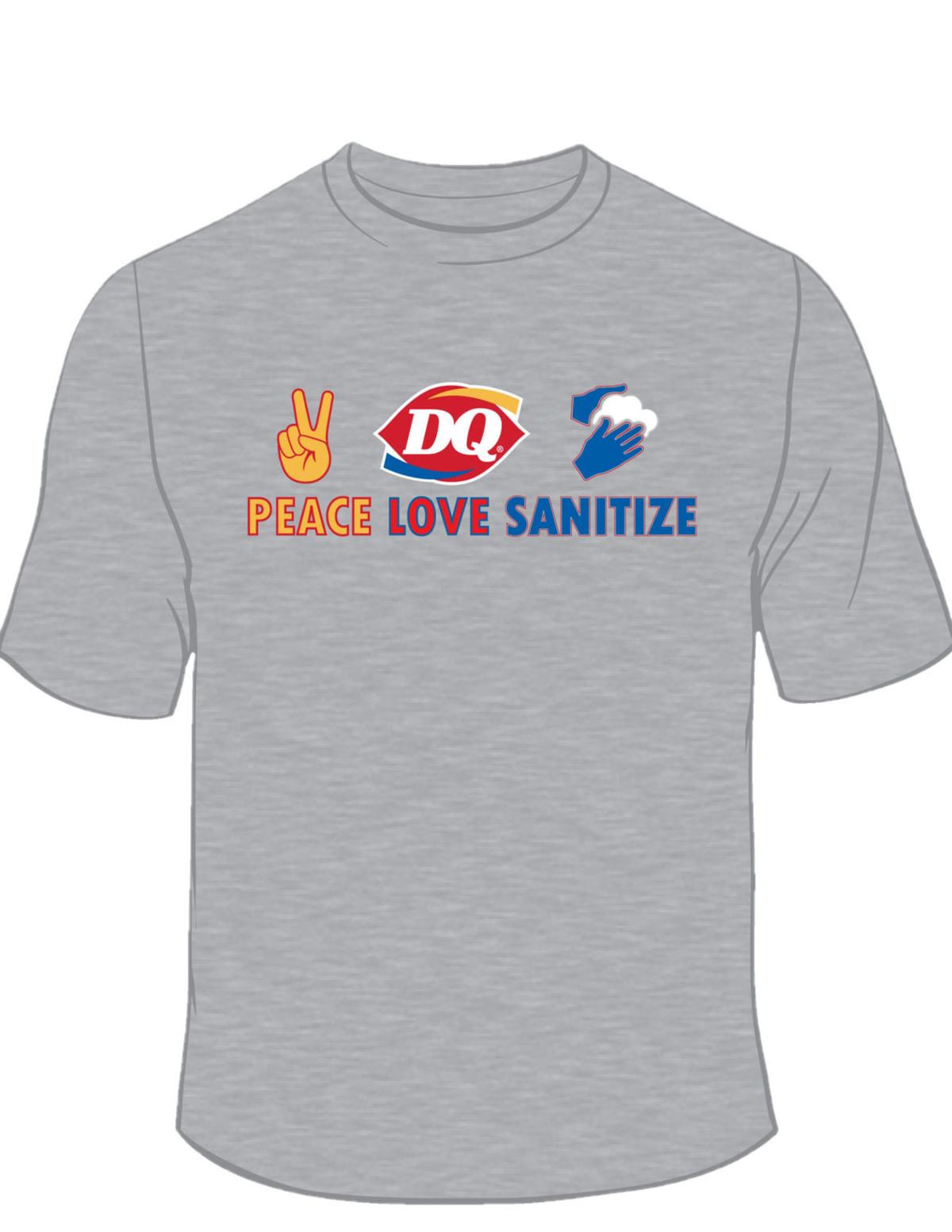 Darrell Hawkins, owner of the DQs in Jackson and Riverton, is selling “Peace Love Sanitize” T-shirts and DQ-branded face masks to other DQ owners around the country and in Canada. He is donating a portion of the proceeds to the Children’s Miracle Network. 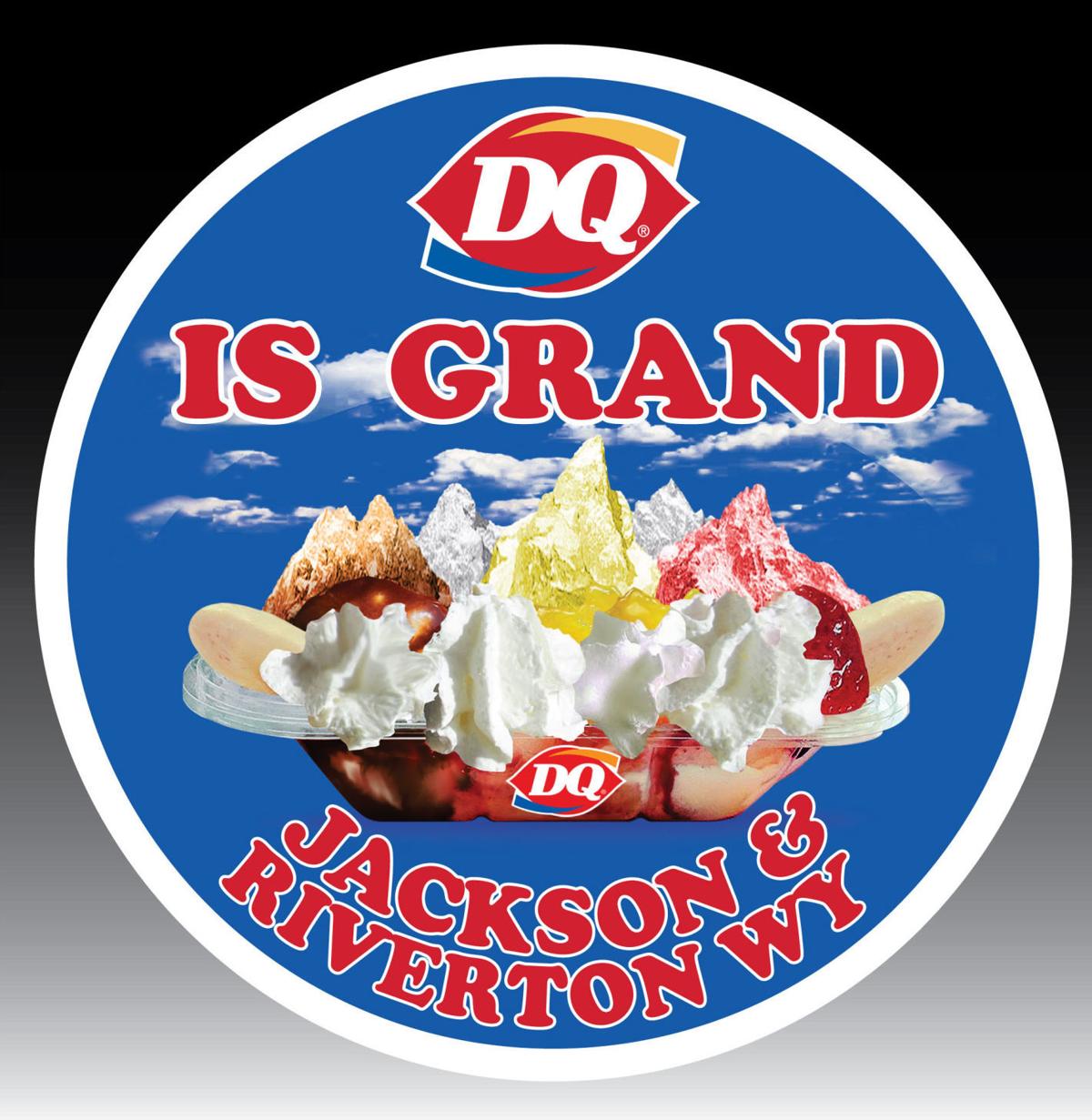 The Jackson and Riverton DQ have long sold regional-themed T-shirts and stickers like this Teton Range banana split sticker.

Darrell Hawkins, owner of the DQs in Jackson and Riverton, is selling “Peace Love Sanitize” T-shirts and DQ-branded face masks to other DQ owners around the country and in Canada. He is donating a portion of the proceeds to the Children’s Miracle Network.

The Jackson and Riverton DQ have long sold regional-themed T-shirts and stickers like this Teton Range banana split sticker.

Jackson hotels had plenty of heads in beds over the Fourth of July weekend.

According to a Jackson Hole Chamber of Commerce and Destimetrics straw poll on July 8, average occupancies were 94.1%, up from the 86.4% forecast.

The poll looks at Friday and Saturday nights at the same 10 in-town lodging properties and projects three weeks out.

An architectural firm with experience in famous hotels has signed on to do the redesign of the Rusty Parrot Lodge, which burned in November after nearly 30 years in business.

Rowland+Broughton Architecture/Interior Design of Aspen, Colorado, is doing the work. If the project wins approval later this year, as anticipated, owner Ron Harrison hopes to have the Rusty Parrot opening its new doors in the spring of 2022. His son, Brandon, is working with him on the project.

Brandon Harrison said Rowland+Broughton was chosen because the firm has “the technical expertise from hotel design experience and the bonus of experience in historic hotel renovations and preservation of Western architecture.”

Rowland+Broughton has done architectural and design work for the Hotel Jerome in Aspen and the Limelight Hotel in Ketchum, Idaho. Sarah Broughton said she and her colleagues feel it’s an honor “being entrusted with the opportunity to work with the Harrisons to bring this wonderful, iconic lodge back to the Jackson community” and see “the importance of recapturing much of the ethos of the original structure.”

The new Rusty Parrot will be a 50,500-square-foot building clad in log and stone, like its predecessor. Its three floors will have 40 guest rooms, a lobby, den, restaurant, spa, and a courtyard and patio. Also included will be underground parking.

The Rusty Parrot opened in 1990 on North Millward Street across from Miller Park. It earned the AAA Four-Diamond award 18 years in a row and was featured in Travel & Leisure and Conde Nast Traveler.

Miracle Treat Day is a summer tradition in the Dairy Queen world, with shop operators donating a sum from each Blizzard sold to the Children’s Miracle Network, a nonprofit that raises money for children’s hospitals, medical research and community awareness of children’s health issues.

The DQs in Jackson and Riverton have been enthusiastic participants.

“We sell about 500 Blizzards a day at each store,” owner Darrell Hawkins said.

Because of the COVID-19 crisis, that corporate event is off this year. But Hawkins is carrying on by donating money to the cause through the sale of T-shirts and masks to other DQ owners for their employees to wear.

Hawkins said he has shipped T-shirts, emblazoned with “Peace Love Sanitize,” and DQ-branded face masks to 300 DQ stores so far. He’s donating a portion of the proceeds to the Children’s Miracle Network, specifically to Children’s Primary Hospital in Salt Lake City.

“These are kids who are very sick, and they need a lot of money for their care, and sometimes their parents don’t have the money,” Hawkins said.

By the end of the month Hawkins expects his stores’ contributions to total $3,000, and with some 5,000 DQs in the U.S. alone he sees the potential for much more.

The idea for the new merchandise came to him in March via a Facebook page for DQ operators. Someone posted a photo of a “Peace Love Sanitize” T-shirt. The colors were bad and the design was funky, and he knew he could produce something better for half the price.

T-shirts — and stickers, for that matter — are nothing new to Hawkins. In the mid-1980s he and some surfer buddies bought the Ultrahot logo, and later he developed a brand called Global Village.

And his two DQ stores sell T-shirts and stickers that combine regional and DQ-specific themes: a banana split with the Tetons in it, for example, and a Blizzard guarded by a ferocious bear.

“I don’t think a DQ in Jackson Hole is like a DQ in Cleveland,” Hawkins said. “I think we are a brand within a brand. I want to build that iconic nature of it.”

Hawkins’ DQ stores are only offering drive-thru service during these pandemic days. Though that’s dinged revenue, the T-shirt and mask operation has, in a sense, eased some of the pain, he said.

“It’s been great,” Hawkins said. “I’m glad I had the background. It’s nice to be able to help out other DQ operators get a product that’s a morale builder.”

A town of Jackson ordinance requires shoppers to wear masks inside businesses, and that makes some of them mad.

The Jackson Hole Chamber of Commerce will host an online workshop at 2 p.m. Thursday on how owners and front-line staffers can deal with unpleasant situations arising from the mask mandate.

To register for the “Dealing With Difficult Situations” training go to TinyURL.com/ycdlnqxh.

The training will be led by professional facilitator Frances VanHouten and representatives from Community Entry Services, the Jackson Hole Community Counseling Center, the Jackson Police Department and the business community.

The chamber said participants will glean insights into the neuroscience behind the exchanges, get concrete tips and useful phrases on how to calm the situation, and learn when to seek help.

The session will include a Q&A. Video and printable materials will be available after the course.

Given record numbers of claims to the Unemployment Insurance division of the Wyoming Department of Workforce Services, the agency has expanded call center operations to run from 7 a.m. to 6 p.m. Callers who are in the on-hold queue by 6 p.m. will be kept on the line until their calls are answered.

“We are doing everything we can to help everyone who has been affected by this pandemic,” Holly McKamey Simoni, Workforce programs administrator for the Department of Workforce Services, said in a press release. “We’ve added as many telephone lines and representatives to answer those lines as we can add, and we’ve contracted with an outside call center to help answer any questions that don’t require staff access to claimants’ UI accounts.

“We still have longer hold times than we would like to see, though. Opening our regular call center an hour earlier and keeping it open later will reduce those hold times and allow more claimants to get their questions answered.”

Many questions can be found on the Frequently Asked Questions pages at WyomingWorkforce.org/covid19-resources/faq, and the outside call center can answer many claimants’ questions at 888-674-7699.

More technical questions or those that require staff access to a claimant’s UI account still need to be answered by calling the regular call center at 307-473-3789, but the expanded hours should reduce the time spent on hold.

“Each of those calls — each of those 500, 600 or even 700 calls we get each day — are people who need help, and we are doing everything we can to help them all quickly and efficiently,” Simoni said. “We know it’s hard to get through on the phone line, but the expanded hours will help callers get through more quickly.”