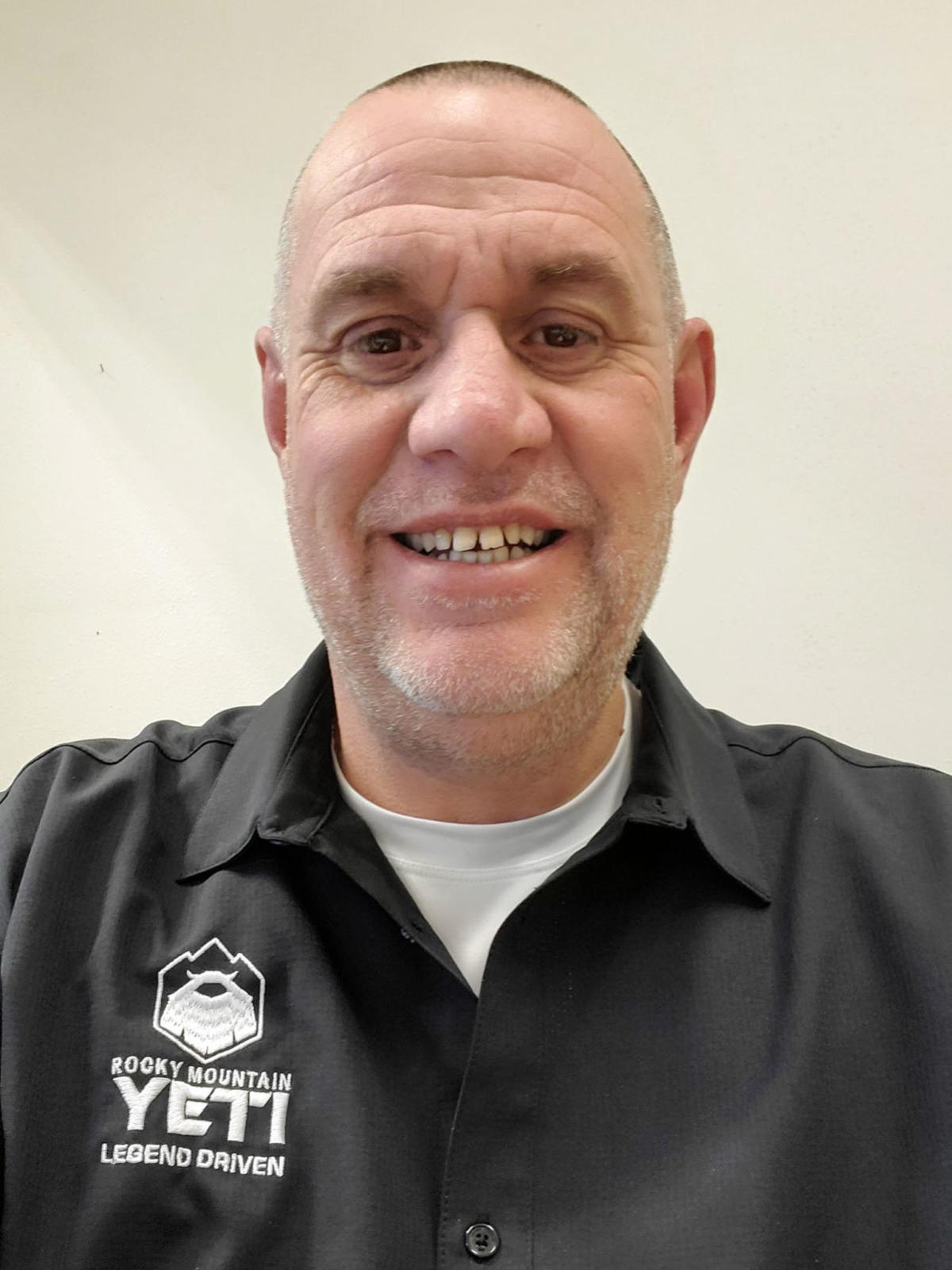 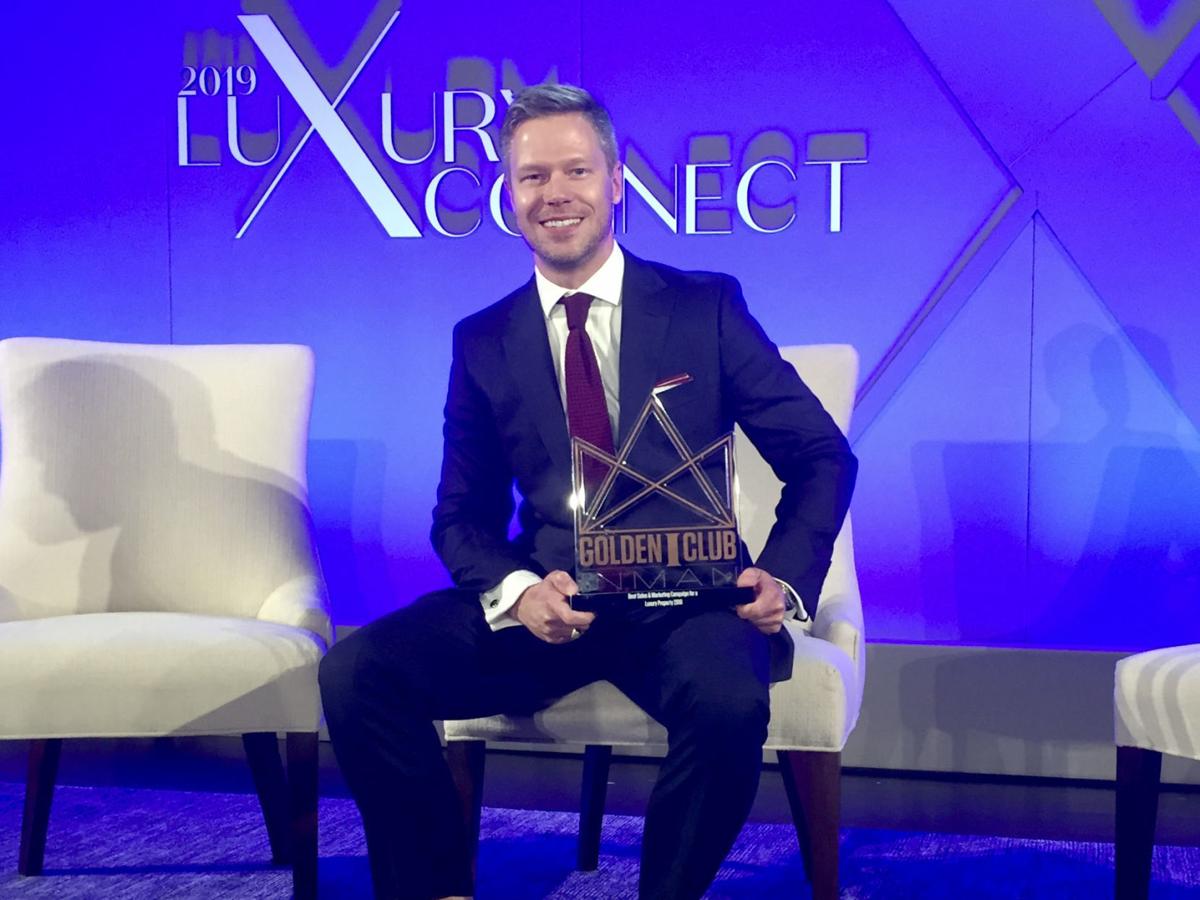 Andrew Ellett and fellow real estate agent Devon Viehman were honored for a four-minute film about the house at 165 Huckleberry Drive.

Andrew Ellett and fellow real estate agent Devon Viehman were honored for a four-minute film about the house at 165 Huckleberry Drive.

Gifts of the Earth to close

The Jackson store where you could buy a card for any occasion seven days a week for nearly five decades is nearing the end of its run.

Gifts of the Earth will close early in the new year, owner Brooke Bullinger said this week, as she contemplates retirement. Bullinger said she is sad and a bit at loose ends to think that the business she started in 1975 will finally close. The store is located upstairs on the south side of Town Square, but overcame being invisible from the street to become one of Jackson’s best-known quirky spots.

No occasion was too obscure or taste too outlandish to avoid having a greeting card made for it on the shelves at the store. Gifts of the Earth has also been the headquarters for tourist souvenirs like posters, mugs and calendars and for everything you might ever need for a party, from wrapping paper to paper plates to decorations, and with those things an assortment of photo albums, candles, lotions and soaps, stationary and other odd stuff. If you needed a goofy gift for a co-worker or a visiting relative, Gifts of the Earth was guaranteed to have something.

Bullinger started with 300 square feet and grew to more than 4,000. She worked every day of her first four years in business and didn’t hire a full-time employee until her sixth year.

Bullinger has been active in town business debates and, after she could take time off, often traveled the world and volunteered for programs in aid of impoverished people and wildlife. Her store was also known among customers for being the home for many years of Pete the cat, a stray who moved in and assumed assistant manager duties.

Bullinger said Gifts of the Earth will remain open, probably, until sometime in January. She is cutting prices 30% in anticipation.

Real estate agents at Engel & Volkers in Jackson have won the top award for a film for the “best sales and marketing for luxury property” category at the Inman Luxury Connect 2019 conference in California.

The four-minute film starred the $17.7 million property — a 15,000-square-foot house and 20 acres — at 165 Huckleberry Drive in the Fairways Estates neighborhood north of town.

Agents Andrew Ellett and Devon Viehman conceived the film and hired a Los Angeles producer to create it. Because most real estate marketing videos are “incredibly boring,” Ellett said, a new idea was used: The film used the house as background for a film that focused on a happy family enjoying the place and making memories while visiting.

Ellett said the film “lets the buyer dream” rather than focusing on every corner of the building. Viehman said the house-movie-with-a-story idea is one that “we are going to incorporate into our strategy.”

The Engel & Volkers film was among about 300 submitted for the prize, and one of six finalists. It can be seen on a website created for the sales effort, 165Huckleberry.com.

Rocky Mountain Yeti has brought on a new general manager and consolidated its Jackson display lots.

Milton Whitesides came onboard earlier this month to be general manager. Whitesides said he previously ran a dealership in Salt Lake City specializing in the same kinds of vehicles as Rocky Mountain Yeti: Ford, Chrysler, Jeep, Dodge and Ram.

Yeti’s in-town consolidation entailed closing the north operation and moving all the vehicles to its operations at 665 W. Elk Ave.

“We are calling it our ‘Yeti migration south,’” Whitesides said. “We just migrated 3 miles south.

“What we wanted to do is make it easier and more accessible for our customers so they only have to come to one location to see our inventory,” Whitesides said. “We purchased more property up here so we could better serve our Jackson community.”

The additional property made room at Elk Avenue for another 150 vehicles, he said.

Past customers who return will see the same familiar faces.

“We kept the whole staff. ... All the sales people they’re used to dealing with are up here at the main store,” Whitesides said.

Rocky Mountain Yeti will continue to operate its satellite Ford location in Alpine.

“Due to the current staffing challenge in the valley, it has become increasingly difficult to adequately staff the shop to meet the demands of the season ski leases program,” the email said. “We will continue to offer a large selection of winter clothing, footwear and accessories for both kids and adults.”

JD High Country Outfitters encouraged people to “visit our friends at Snow King Mountain Sports for your season lease needs!” the email said. “They are well-equipped to outfit your little rippers with alpine rentals for the season.”