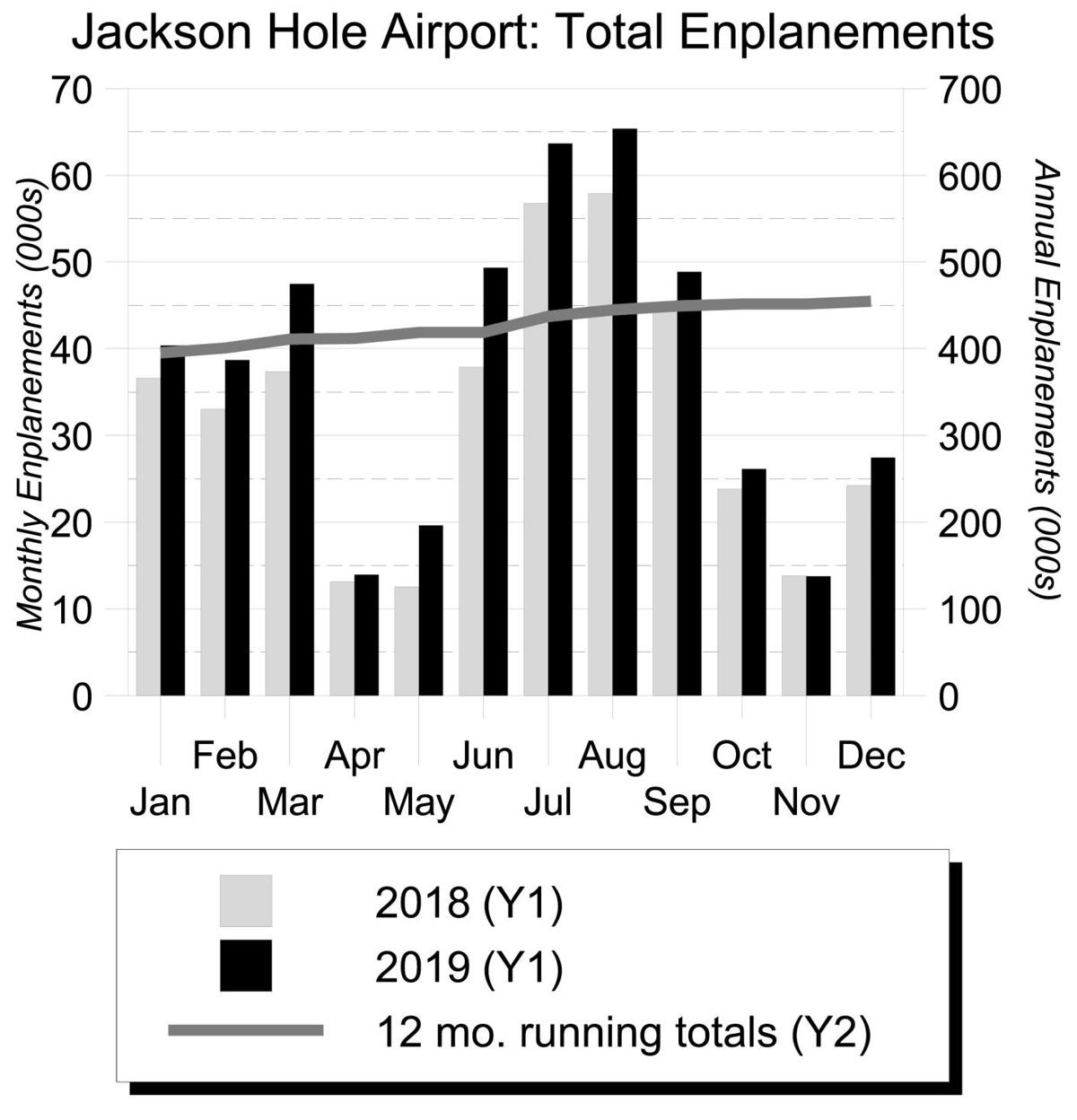 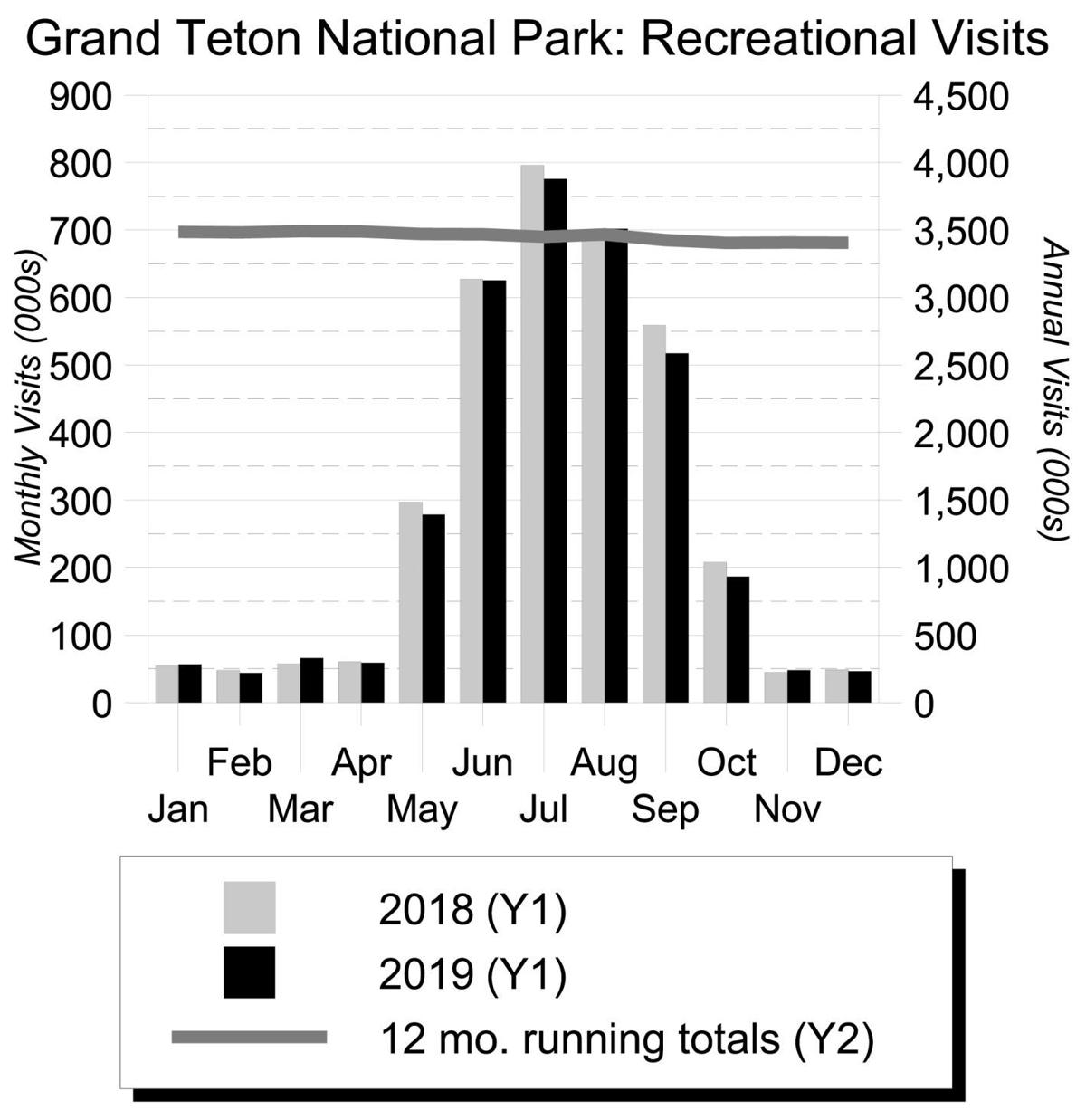 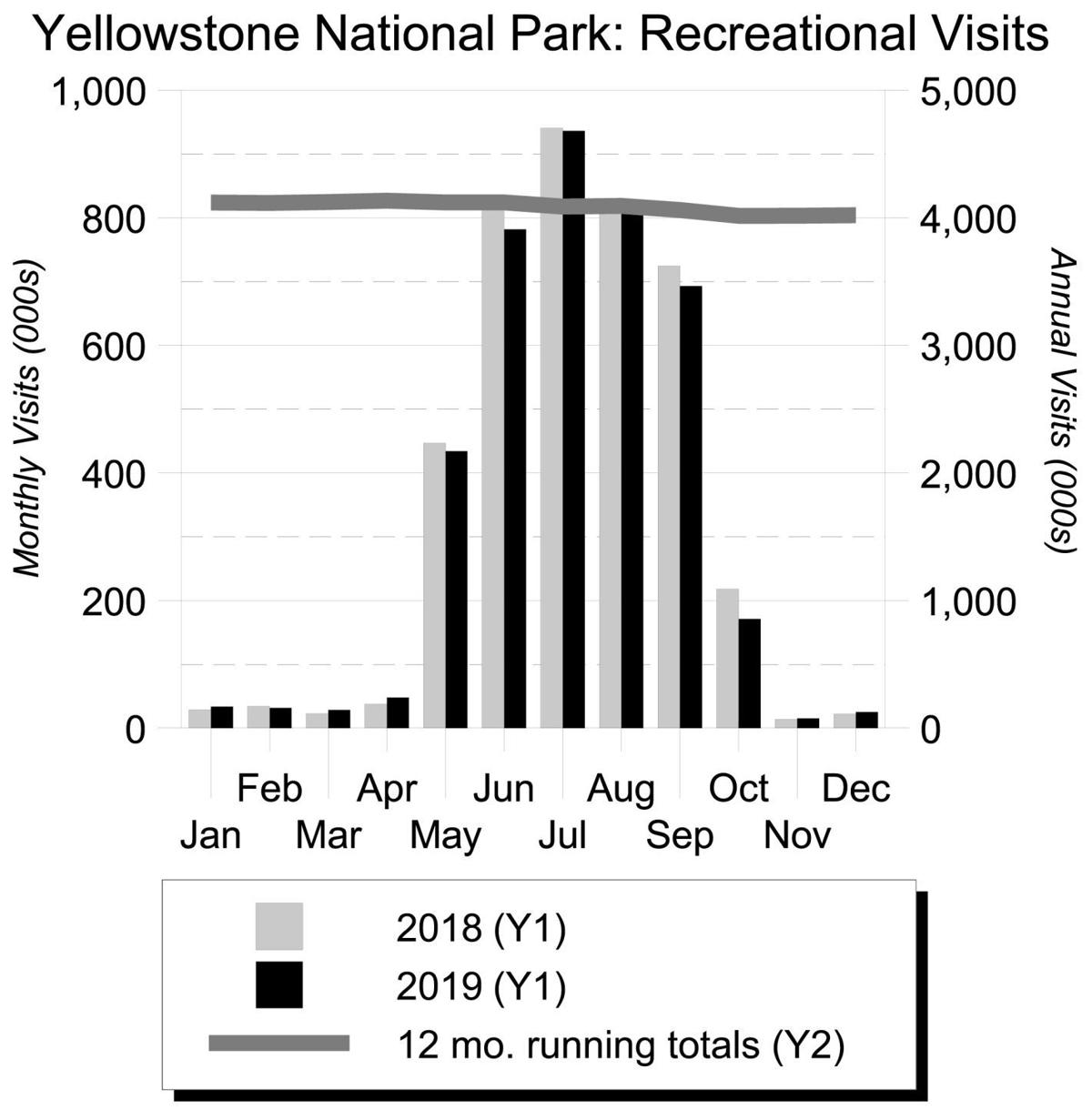 DECEMBER’S ENPLANEMENT COUNT AT Jackson Hole Airport totaled 27,440, up 13% from December 2018. December’s count marked the 11th of 2019’s 12 months in which enplanements were up over 2018’s count in the same month — only November saw a decline. During calendar year 2019, 454,629 people boarded a commercial flight at the airport, 14% more than in 2018. That easily marked the busiest calendar year in the airport’s history.

DECEMBER RECREATIONAL VISITS TO Grand Teton National Park totaled 46,433, which was 5% fewer than in December 2018. During calendar year 2019, 3,404,614 people paid a recreational visit to Grand Teton. Though that was down 2.3% from 2018, it was the second-busiest year in the park’s history. The growth rate marks a decline from the 10-year average rate between 2008 and 2018, when Grand Teton’s visitation increased 40%, a compounded annual rate of 3.4%.