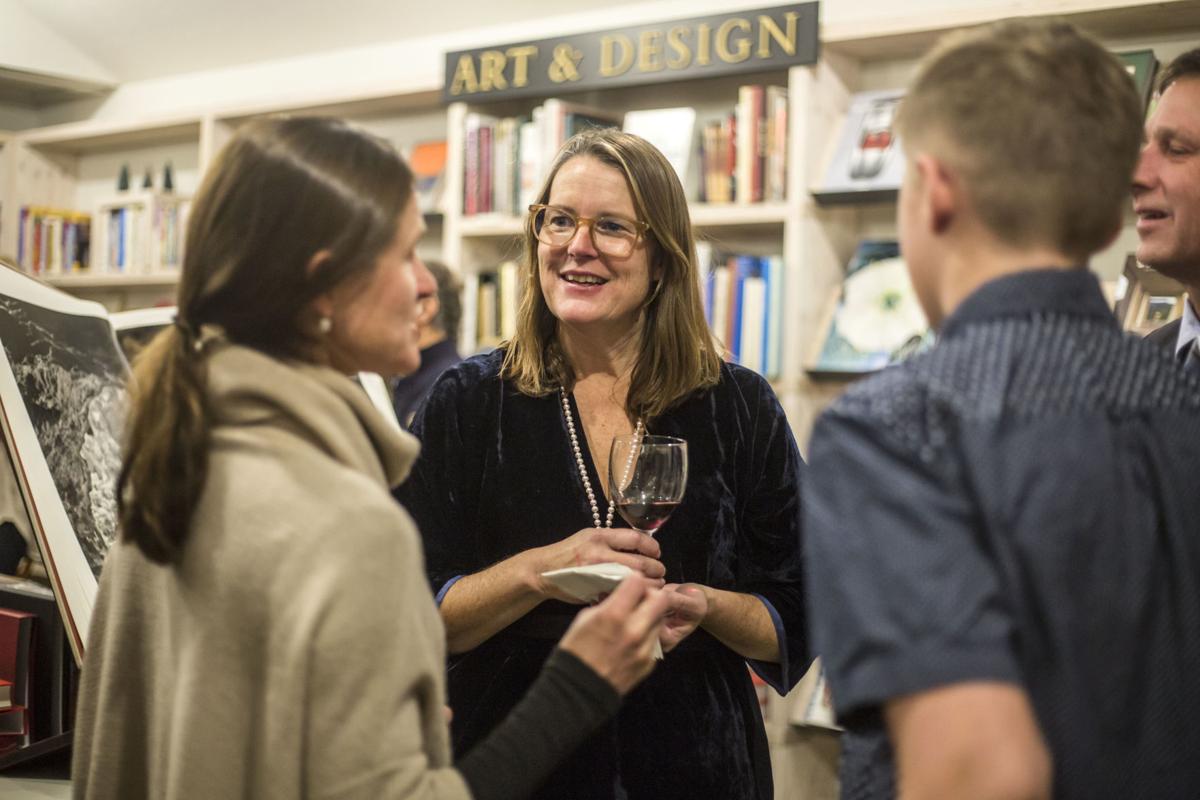 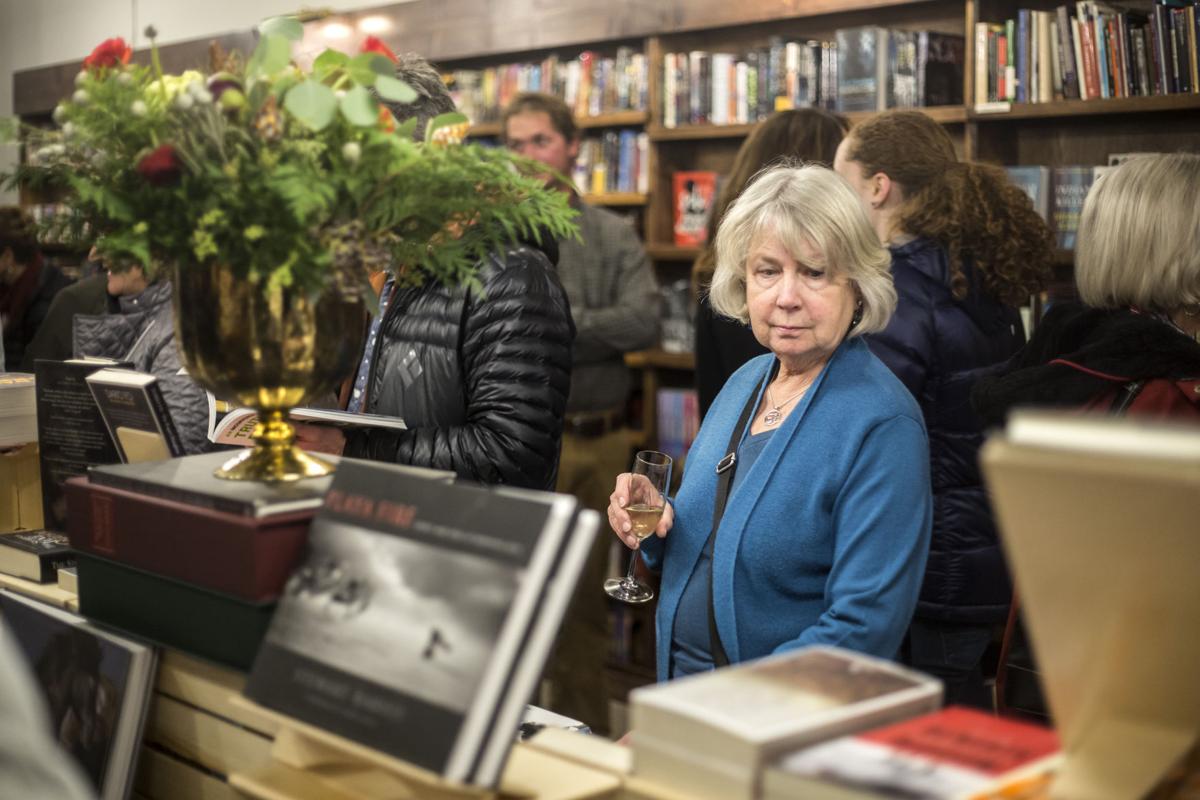 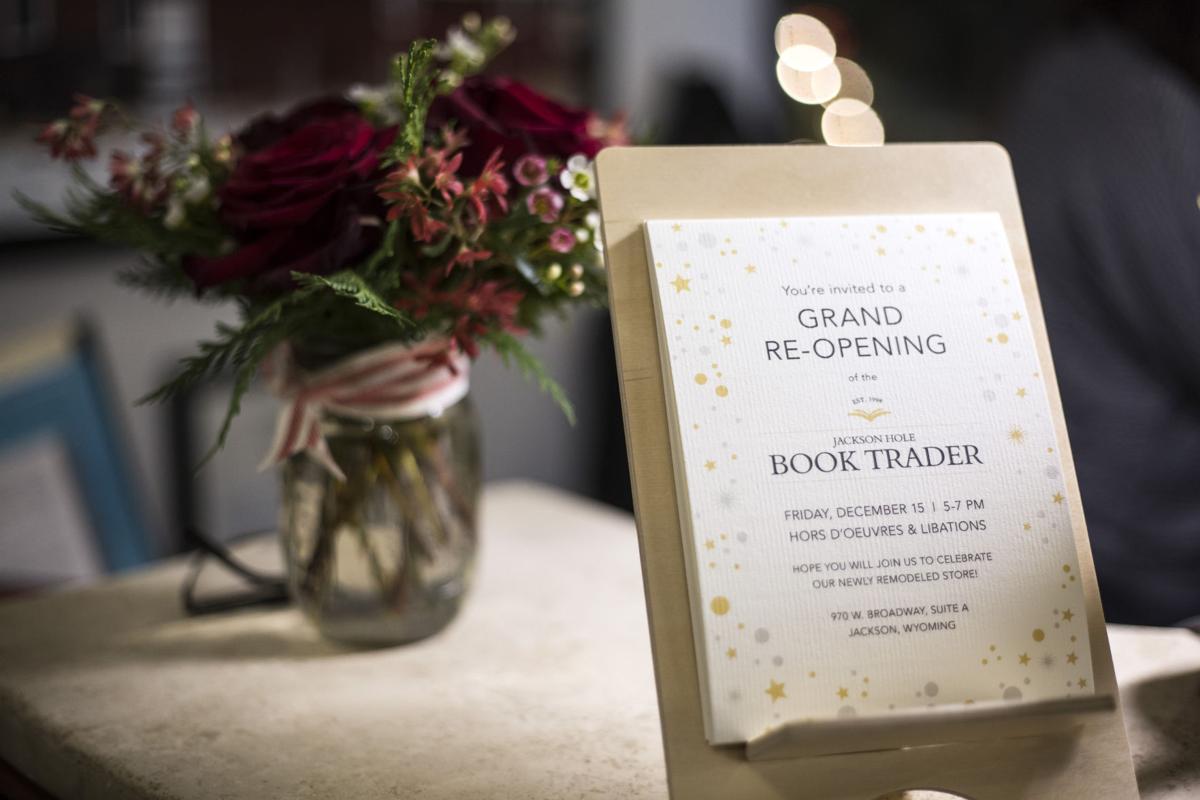 Susie Temple has always been happiest when surrounded by books.

“A library, a bookstore, it’s comfortable, quiet, peaceful to be surrounded by all these amazing ideas,” she said recently. “I truly believe all the answers to every question are found in a book.”

So she should be quite at home in her new space, the recently remodeled Jackson Hole Book Traders in the Powderhorn Mall.

Temple bought the store from Cindy Parker and her daughter, Allison, in March, but she waited for summer to wrap up before reinventing and remodeling the space.

With that work done, the Jackson Hole Book Trader reopened Dec. 13. Loyal customers may not recognize the space any more, but they will be surprised and delighted by the variety, the mix of openness and coziness, and the assortment of beautiful limited-edition tomes.

Dean Stayner founded Jackson Hole Book Trader around January 1998, Temple said. It was a favorite haunt for folks who wanted to not only get lost in books, but get lost among books in the labyrinth of shelves and the murk of an inventory system that eschewed the digital age.

Stayner ran the shop mostly as a used bookstore, though he also had some new titles as well as rare volumes, first editions and items of regional interest. Temple worked for him for a while, until motherhood became her priority. About a decade ago Stayner sold the Book Trader to Parker and her daughter, who operated it for nine years.

Temple’s children grew up — her youngest, Helen, recently started first grade in Wilson — and she began to think about what she would do next.

The Texas native studied English and, through Rice University in Houston, publishing. Her mother had run a small independent publishing house, and one of her first jobs out of college was working for Eakin Press, at the time the oldest and largest independent publisher in Texas. Since graduate school she had thought about owning her own bookstore.

Temple began to poke around. Friend Sam Eddy, founder of Spirit Books and Gifts in Wilson, called her last January to see if she was interested in taking over that space. That didn’t work out, but Temple got a ton of ideas from Eddy and felt like the door had opened and was inviting her to explore deeper.

Five years earlier, Temple said, she had called Parker and said that if she ever wanted to sell the Book Trader she should let Temple know. Her timing proved perfect.

“When I called her she said, ‘As a matter of fact I’m going to close the bookstore down this summer,’” Temple said.

Instead she sold her inventory to Temple, “and that was that.”

“From the beginning I knew I was going to change virtually everything and start a new chapter that reflected more who I am and what I want this space to be,” she said.

Jackson Hole Book Trader had been the quintessential used bookstore, with shelves and piles everywhere, and a less-than-obsessive attitude to library sciences.

Early steps involved a complete inventory, performed with the help of Christy Smirl, of Foxtail Books and Library Services.

“I needed her to organize and modernize and help me,” Temple said. “She’s a librarian, and she came in, helped us do the first organization. … Now she’s doing social media, Facebook, Instagram and our website.”

First the house, then the store

Jen Langston, proprietress of Langston Interiors in North Carolina, had helped Temple remodel her home, and she took the reins of the shop remodel, too.

They started the process with a fact-finding mission in New York City. They hit nine bookstores in two days, with two — Three Lives and Company in the Village and Books Are Magic in Brooklyn — “connecting the dots,” Langston said.

“It was as if all the stars had aligned and the trip was not all for naught,” she said. “There was a clear design that articulated … the importance of a bookstore. There was space, there were community areas to sit, there was just a lot of soul.”

They brought their fresh ideas back to Jackson and went to work on the Book Trader.

The shop closed in November for the remodel and opened just last week. There are some familiar touches, like the original shelving Stayner built himself, though now stained a dark, rich brown. And a familiar face: Brook Redwine, whose employment at the shop dates back to the Stayner days and who now is manager and book buyer.

Mostly, though, the shop now is one big, open space, with shelves lining the walls, tables in the center with popular titles as well as exquisite art books. There is a bright, cozy space in the rear for children’s literature — picture books as well and cloth- and leather-bound editions of classics — along with art and design books.

Used and new books share the shelves, with all the typical genres labeled — fiction, nonfiction, poetry, history, biography and so forth.

“And we have some collectibles,” Temple said, including mouthwatering slip-case editions of photo books about Bob Dylan, John Lennon and Yoko Ono, Ai Weiwei, Annie Leibovitz, Shakespeare and the history of Capitol Records.

On the table in the back a stand holds an enormous photo book, called a “sumo,” of the work of Brazilian photographer Sebastian Salgado.

“I knew I wanted one sumo,” Temple said. “I wanted something fabulous.”

Temple takes pains to avoid stocking books other stores in Jackson have, including art and design shops and Jackson’s old favorite, Valley Bookstore.

In addition to books, there’s also a bit of vinyl — new 180-gram pressings of classics — and merchandise, like Book Trader ceramic mugs by Jackson’s own Jenny Dowd. Temple wants to hold events — signings and readings — but isn’t in a hurry to start booking the space. And, of course, the store can special order just about anything on Earth.

“This has been neat to help your dream come to fruition,” Langston said, speaking to Temple, who she now calls a good friend. “I really do think it has all naturally fallen into place … . Nothing has been forced; there’s usually there’s some part of a job that is forced and that isn’t right, but this, it was just the right amount of energy, the right amount of space, and we let things kind of naturally happen.”