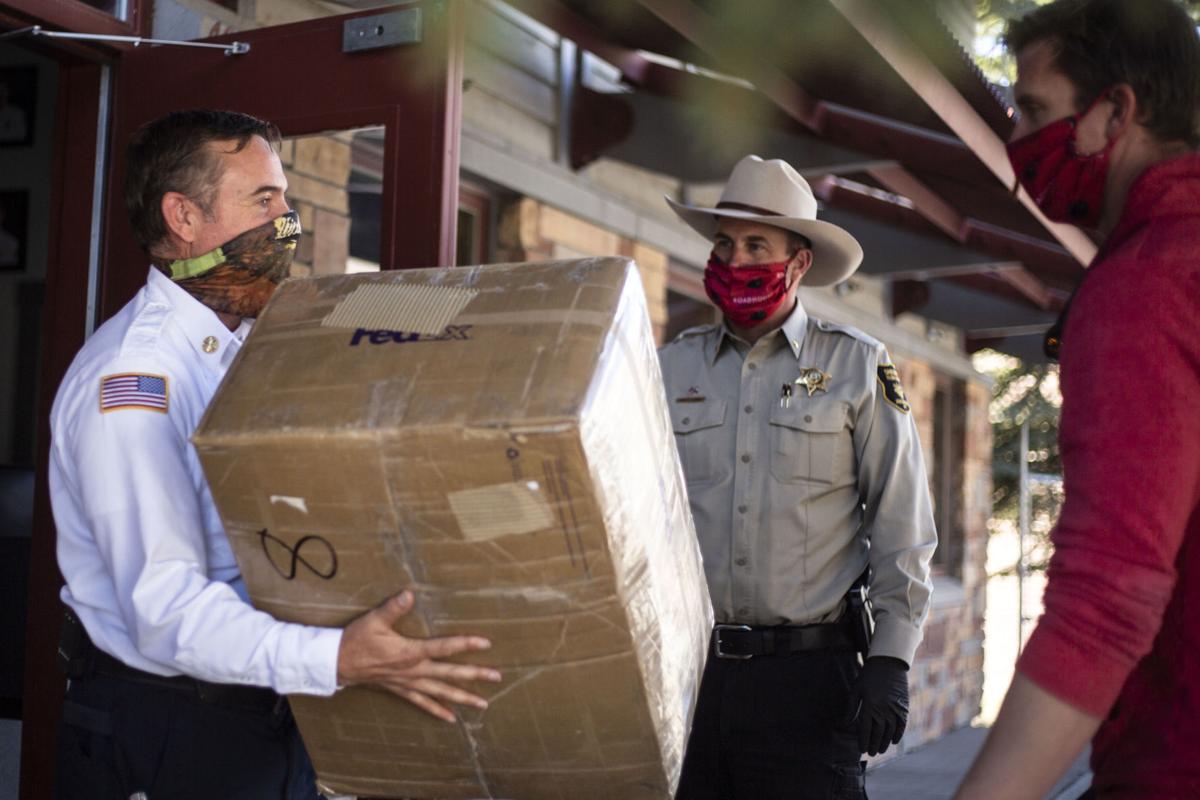 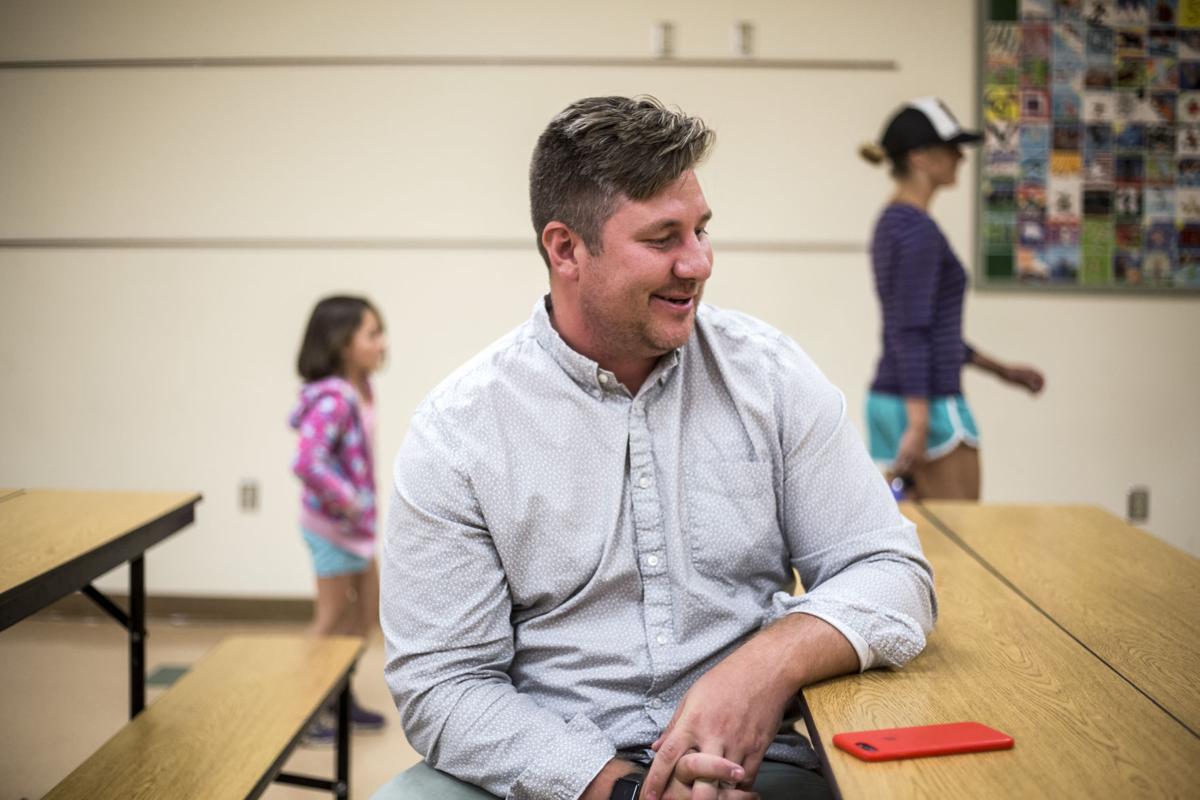 Wes Clarke, food services director for Teton County School District No. 1, was named Citizen of the Year for 2020 by the Jackson Hole Chamber of Commerce.

Wes Clarke, food services director for Teton County School District No. 1, was named Citizen of the Year for 2020 by the Jackson Hole Chamber of Commerce.

It’s probably no surprise that the words “pandemic” and “COVID” came up a lot in the 2020 Jackson Hole Chamber of Commerce awards process.

From preparing free meals and securing personal protective equipment to working to keep the entire community safe from the virus, the efforts of those who went above and beyond during the crisis inspired a huge response to the call for submissions.

Sixty-five came in, the most ever. Beyond deciding who would get the six traditional awards, the five-member selection committee created a new one and also named some honorable mentions.

The committee chose Wes Clarke as Citizen of the Year, Roadhouse Brewing as Large Business of the Year, Wilderness Adventures Base Camp as Small Business of the Year and The Shine Group for the Green to Green honor. The Ride for the Brand award went to the Teton County COVID Response Team, with special recognition to County Health Officer Dr. Travis Riddell, County Director of Health Jodie Pond and St. John’s Health CEO Dr. Paul Beaupre. Anne Marie Wells, a writer, actress, storyteller and volunteer who works at Community Entry Services, is this year’s Rising Star. And One22 became the chamber’s first Nonprofit of the Year.

“Early on in the pandemic, our community was severely impacted when we had to shut down to flatten the curve,” committee member Laurie Andrews said in a press release. “One22 responded quickly by providing financial assistance to our most vulnerable community members to ensure they would weather the trying times.”

Besides Williams and Andrews, who is president of the Community Foundation of Jackson Hole, the committee members were Kris Shean, owner of the local Haagen-Dazs shop and past chair of the chamber’s executive committee; Fernando Ramos of Rendezvous Mountain Rentals; and Ned Wonson of Jackson Hole Mountain Resort.

In picking Clarke, the school district’s food services director, as Citizen of the Year, the committee noted how he’d helped provide over 100,000 free to-go meals during the pandemic.

“Holy smokes that’s a lot of food,” Shean commented to the News&Guide. “That’s really doing a much-needed service in this valley for kids who would not have been eating.”

The Ride for the Brand award goes to those with a long-term demonstrated respect for Jackson Hole through dedicated, effective and exceptional action to ensure the vitality of the economy, community and environment.

Williams, a member of the local economic recovery task force, noted that coping with a public health crisis while also taking into account the economic impact was like “treading a path with steep cliffs on both sides.”

Roadhouse Brewing’s selection as Large Business of the Year honors the efforts co-founder Colby Cox and the business made to secure personal protective equipment and other safety items early in the pandemic, when they were hard to find and it was clear businesses would need them to open.

“He put his money on the line and really worked hard to get masks, hand sanitizers and thermometers,” Shean said.

Honorable mentions went to the News&Guide for showing “incredible community commitment and honorable journalism by providing fact-based truth free of charge” and to New West Knifeworks for pivoting quickly to make and distribute hand sanitizer in the early stages of the pandemic.

The Green to Green award goes to businesses that have shown a commitment to the environment in the way they operate. The Shine Group, led by Monay Olson, is made up of Premier Green Cleaning, the Elk Refuge Inn and Jackson Lodging Co.

“During the pandemic many green initiatives became more difficult and community waste increased, but the Shine Group enhanced their cleaning and safety efforts while remaining true to their sustainable mission,” the chamber said.

Small Business of the Year winner Wilderness Adventures Base Camp “provided 750 children with day camp, overnight trips and invaluable outdoor resources,” the chamber said. “During COVID they were one of the very few resources that were able to safely supervise and educate children while parents dealt with the pressure of working during the pandemic.”

Wells too received a handful of nominations for Rising Star, which is for an individuals younger than 40 who are blazing a path in Jackson with their innovation and service, both professionally and personally.

Among her accomplishments, the chamber said, was twice bringing “The Vagina Monologues” to Jackson, allowing diverse stories to be told and raising money for the Community Safety Network.

Williams and Shean both noted that Wells received multiple nominations, and they were from outside the chamber circle.

“That says a lot about her,” Shean said. “Here’s somebody who I’ve never met but is obviously a mover and shaker in the valley.”

Wendy Martinez, a “promising young professional at Habitat for Humanity,” earned an honorable mention in the category.

Eds. note: This article was amended to correct the name of Premier Green Cleaning.