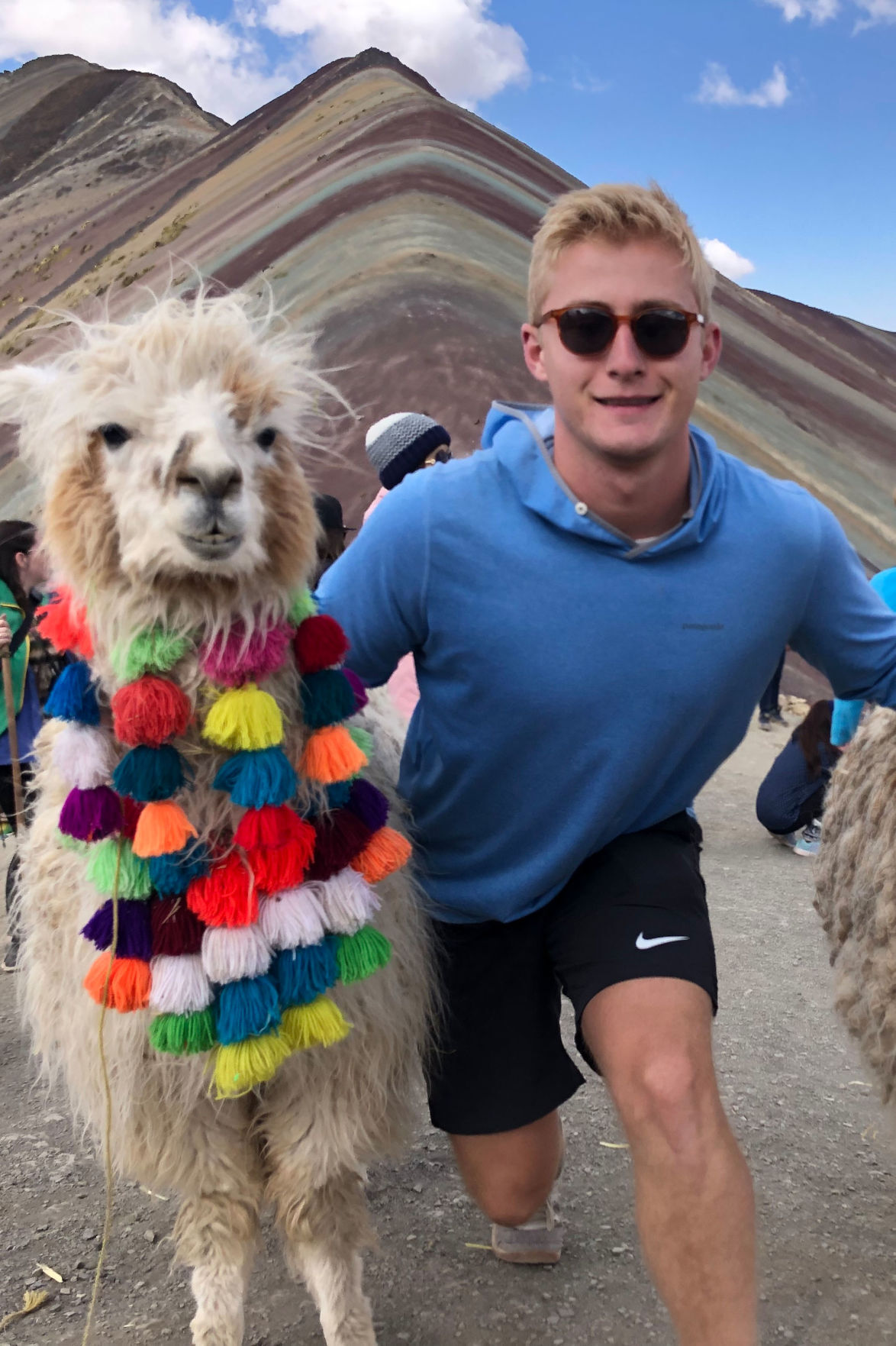 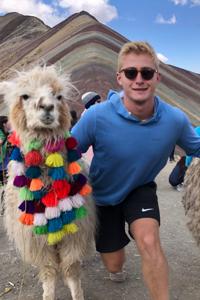 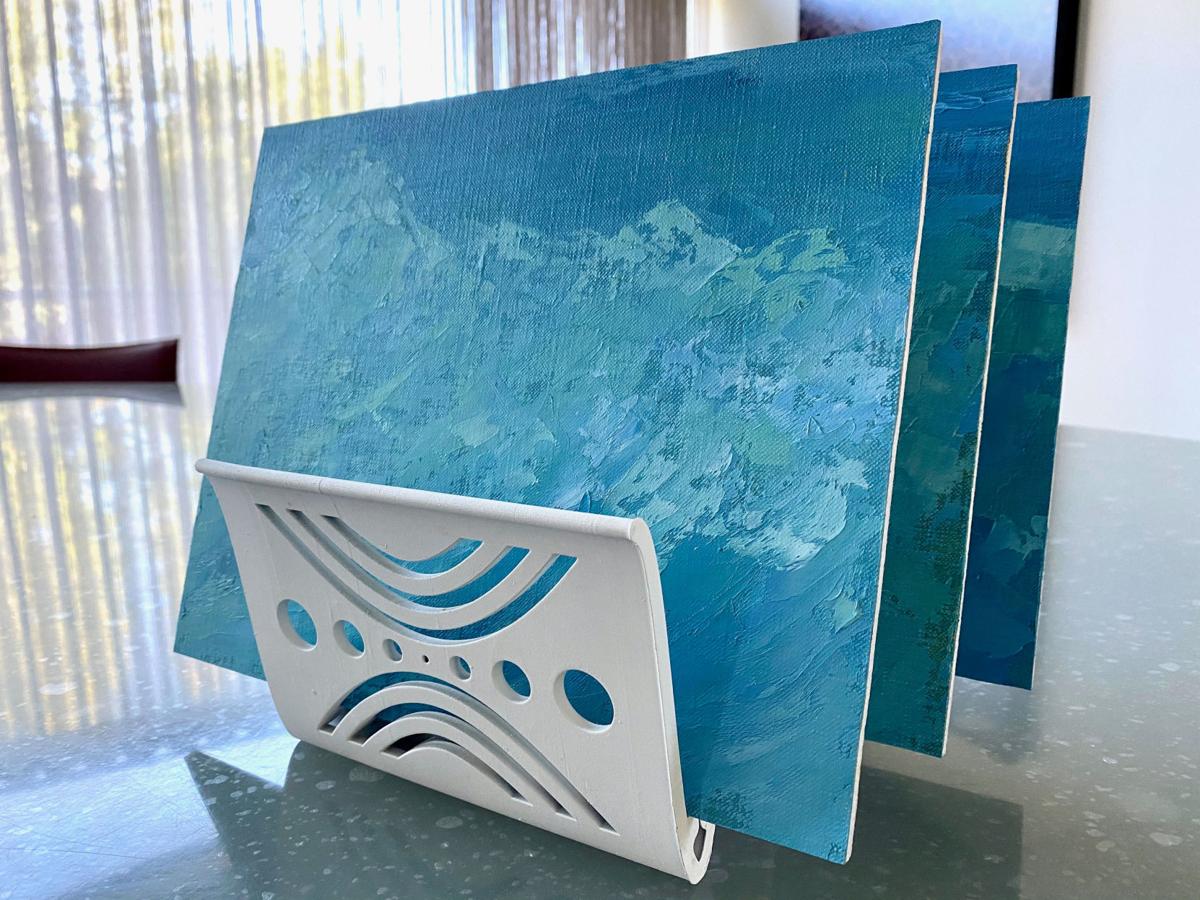 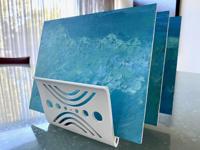 Peter Frank designed and 3D printed this rack for a local painter. 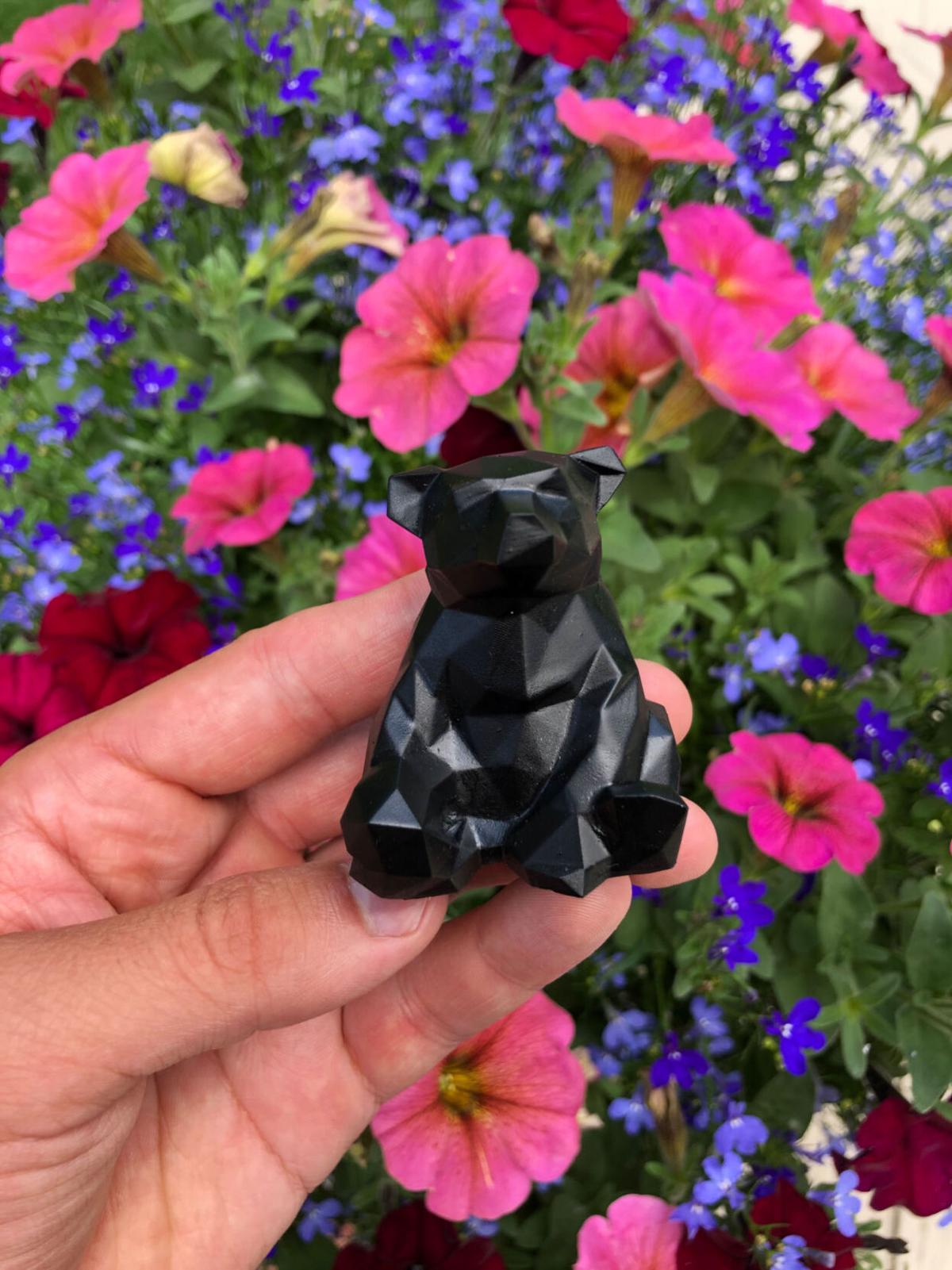 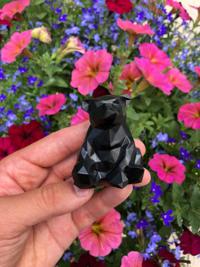 Peter Frank made this bear, called Brunella, with his 3D printer.

Peter Frank designed and 3D printed this rack for a local painter.

Peter Frank made this bear, called Brunella, with his 3D printer.

When a client came to Peter Frank’s 3D modeling, printing and prototyping business with a vision of a sleek model canoe that he could stash his keys in, it didn’t take Frank long to come up with what the man wanted.

“I spent an hour in a 3D modeling design software [program], then printed it,” Frank said. “Within 24 hours a totally original idea that this guy had was brought to life.”

Another client had a decorative handblown-glass mantis shrimp that broke.

Frank found a design and then produced a resin model of the shrimp on his 3D printer.

“I can take an idea that’s just in your head and bring it to life, or if you have something existing I can create it for you,” he said.

Frank’s business, X 10, is a venture he started while at home in Jackson Hole this summer. The 22-year-old is going into his senior year at the University of Denver, where he’s majoring in mechanical engineering.

Frank got his toes wet in 3D and additive manufacturing technologies at the university’s Maker Space and Innovation Labs, where he had access to all kinds of 3D printers. For the last eight months there he was a consultant at the microFactory, a student-run 3D printing service.

Frank liked it so much that he bought his own SLA (stereolithography) printer.

“Essentially it uses a photosensitive resin that cures with UV light,” he said. “There’s an LCD screen that projects light layer by layer to create a final form.”

His printer is an Epax X10 4k mono, which gave him the idea for his business name. He likes the simplicity of “X 10.”

He received a grant from the school to work on the business, which he is balancing with summer classes.

“This was sort of the perfect match in terms of flexibility and being able to make some money,” he said.

Frank enjoys the creative aspect of designing, and he likes the technology.

Subtractive manufacturing starts with a piece of material, like metal or plastic, and then removes pieces to create a final product. With additive manufacturing, like 3D printing, you use only the material you need.

“You’re building from the ground up,” Frank said. “There’s significant reduction in waste or material that needs to be repurposed.”

But the biggest benefit of 3D printing is that “complexity is free,” Frank said. “The technology isn’t saying, ‘You have these design features so it’s more expensive to create.’ No matter what your idea, no matter how crazy it is, you can make it and you can turn it into reality.”

He said he’s also enjoying being at the “intersection” of business and technology.

“Being able to get consumer and client management experience, understand what and where the demands are and create something that’s sustainable while leveraging new technologies is very exciting to me,” he said.

He’s done some functional designs, like vases, koozies, a guitar tool holder and a painting holder for an artist, as well as decorative pieces, including small animal figures.

He recently dropped off some of his little bears and bison (named Brunello and Sophie) to be sold at Made, a Jackson shop that features the work of American artisans.

“We are excited to have Peter’s work,” Made owner John Frechette said in an email.

“He has a really cool design style,” Frechette said, “and we obviously love supporting the work of local artists and designers.

“We think as an emerging artist we can learn and grow together — we talked a lot about pricing, and working with retail shops. Peter came super prepared and well spoken.

“We really wanted to give him a chance. He has worked hard, is getting creative, and has created some great designs.”

Given the coronavirus, school plans for Frank are uncertain.

“It’s one of my generation’s defining moments,” Frank said, “graduating into this kind of chaos.”

Once he returns to school Frank can still run the business. The manager of the Advanced Materials Lab has agreed to give him space.

As for post-college plans, a 3D printing business isn’t the only thing he has in mind.

“As a 22-year-old there are so many options on the table,” he said. “ Right now I get a lot of satisfaction out of doing it.”

To check out the business go the website X10jacksonhole.com.