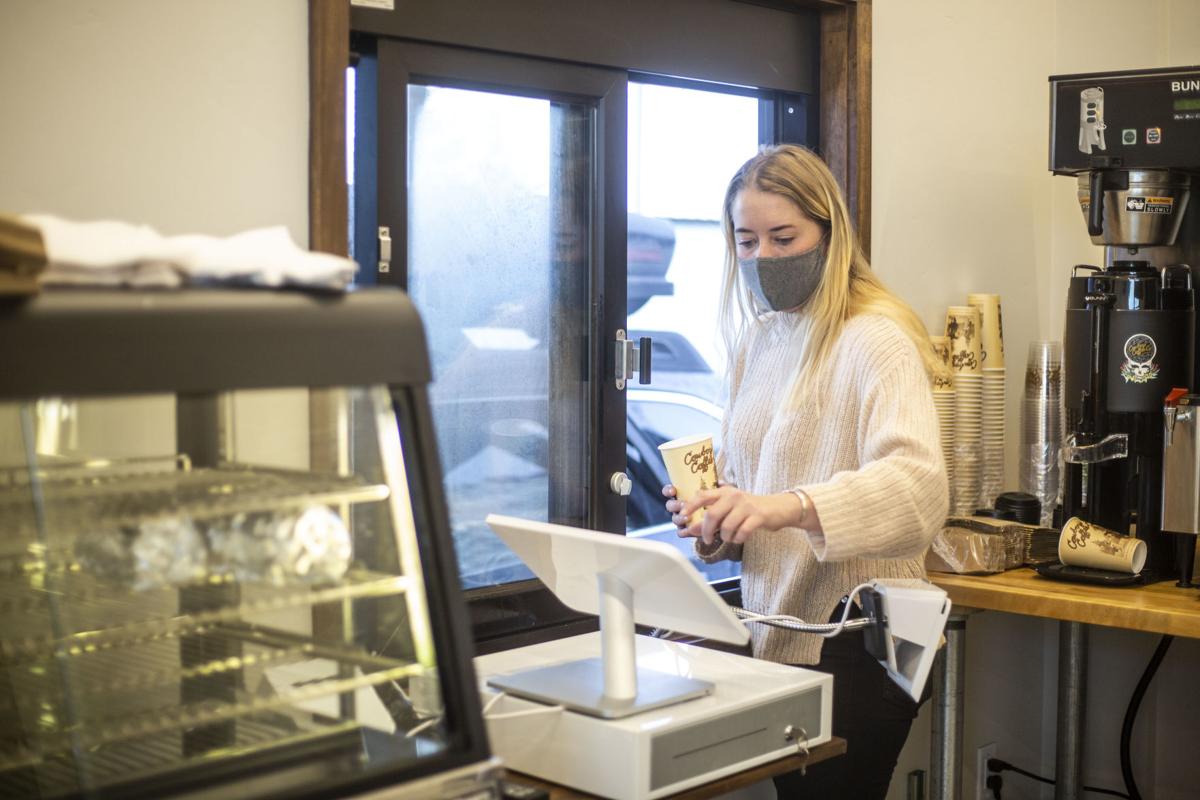 Danielle Brown takes an order Monday morning. Cowboy Coffee’s drive-thru is at the corner of Highway 89 and South Park Loop. 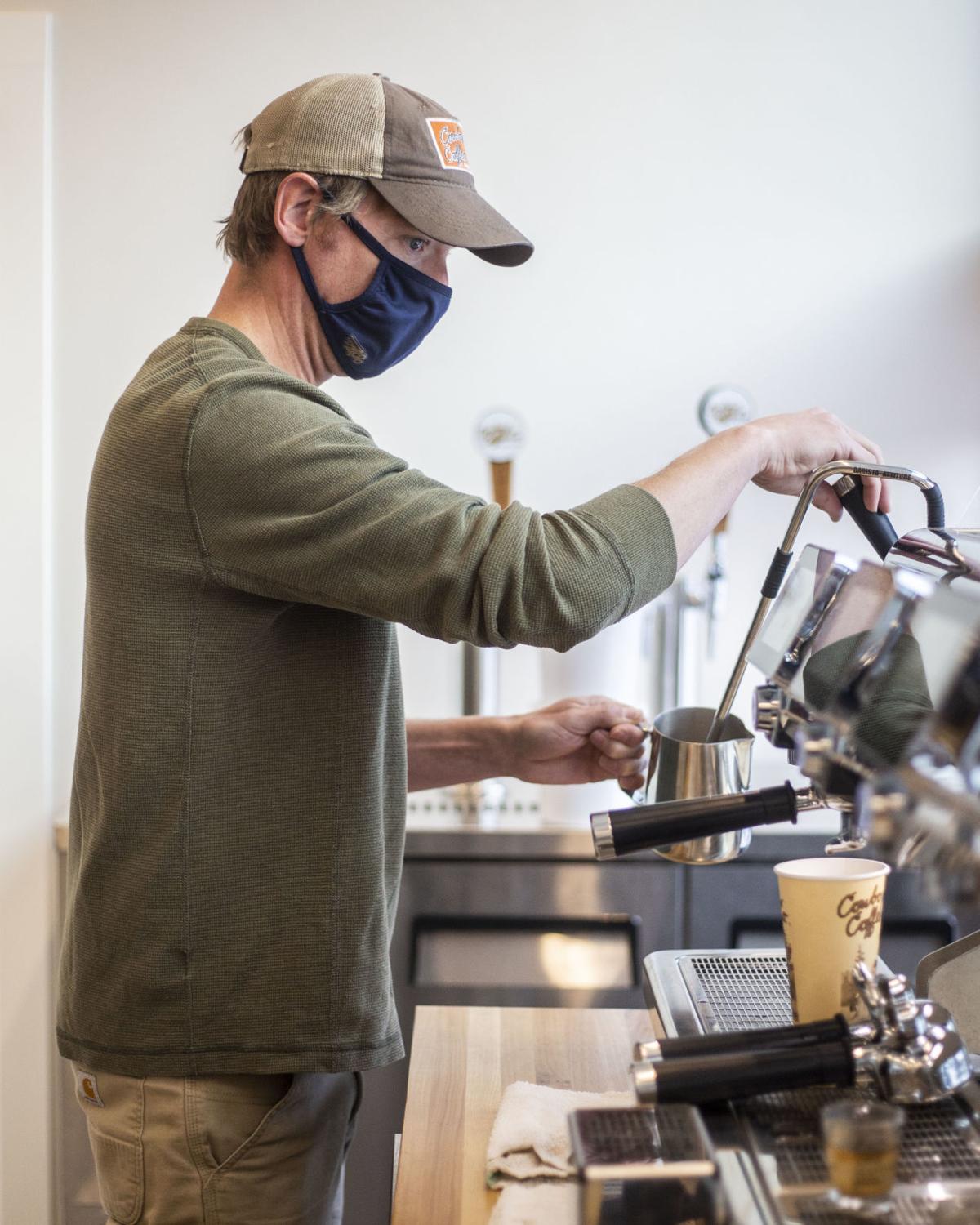 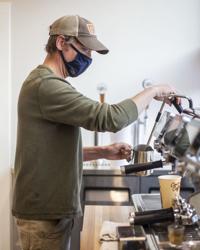 Rob Ottaway cooks up a cup of morning joe.

Pete MacIlwaine serves up breakfast and coffee Monday morning at the new Cowboy Coffee drive-thru location next to Maverik. The grand opening is scheduled for mid-November.

Just south of South Park Loop Road on the west side of Highway 89 Jacksonites can now order their daily espressos and cappuccinos from the comfort of their car at Cowboy Coffee Co.’s new drive-thru, the only coffee drive-thru in town.

“The Town Square location has just done great,” MacIlwaine said through his red Cowboy Coffee logoed mask. “It seems every year we still grow. This summer was out of control, even considering all the factors.”

The drive-thru’s menu will feature the full range of drinks that the cafe has, as well as rotating breakfast and lunch food favorites. Customers will be able to order online and pick up their drinks and food at a walk-up counter, which will also be available to customers on foot as an alternative to the drive-thru.

While the drive-thru, where customers can see their drinks being made through a large window, may seem like a COVID-inspired idea due to indoor dining restrictions, it’s actually been the plan for MacIlwaine and Ottaway since they started talking expansion and scoping out locations around 2013.

They knew they wanted to be on the south side of town, which MacIlwaine noted “just hasn’t grown with the rest of the town,” but they spent years trying to determine exactly where.

“I think the only thing about this [location] is it was on the wrong side of the road,” MacIlwaine said. “I think we quickly realized that was probably one of the least important factors at this point.”

The drive-thru is located next to a Maverik convenience store and gas station and Jackson Hole Express Lube and Car Wash. It sits right in front of High School Butte. The plan was initially for just a simple drive-thru, but the owners were uncertain about the financial aspects and making use of the full lot, and construction was also halted for over a year under the town’s moratorium on development during which employee housing and building codes became more aggressive.

He was referring to not only the drive-thru but also three apartments on the second floor for employees, a Wells Fargo ATM to be installed soon in the second drive-thru lane and several storage units in the back that are almost completely rented already.

The process has been a little smoother after waiting out the moratorium and determining all of the lot’s uses.

“The pandemic didn’t really affect us much on this side of things,” Ottaway said. “The guys were still here working, and we didn’t really have many delays related to material or stuff getting completed.”

Though they are still putting the finishing touches on the building, which will double as the company’s new headquarters, MacIlwaine and Ottaway were open to the idea of growth.

“We definitely wouldn’t keep that door closed,” MacIlwaine said. “There’s definitely the possibility to expand out of Jackson eventually.”

For now, the Cowboy Coffee Co. team is focused on Jackson and serving a taste of the Old West from the new drive-thru. Hours are in flux in the soft opening phase, but soon will be 5:30 a.m. to 6 p.m. daily at 1007 S. Highway 89.