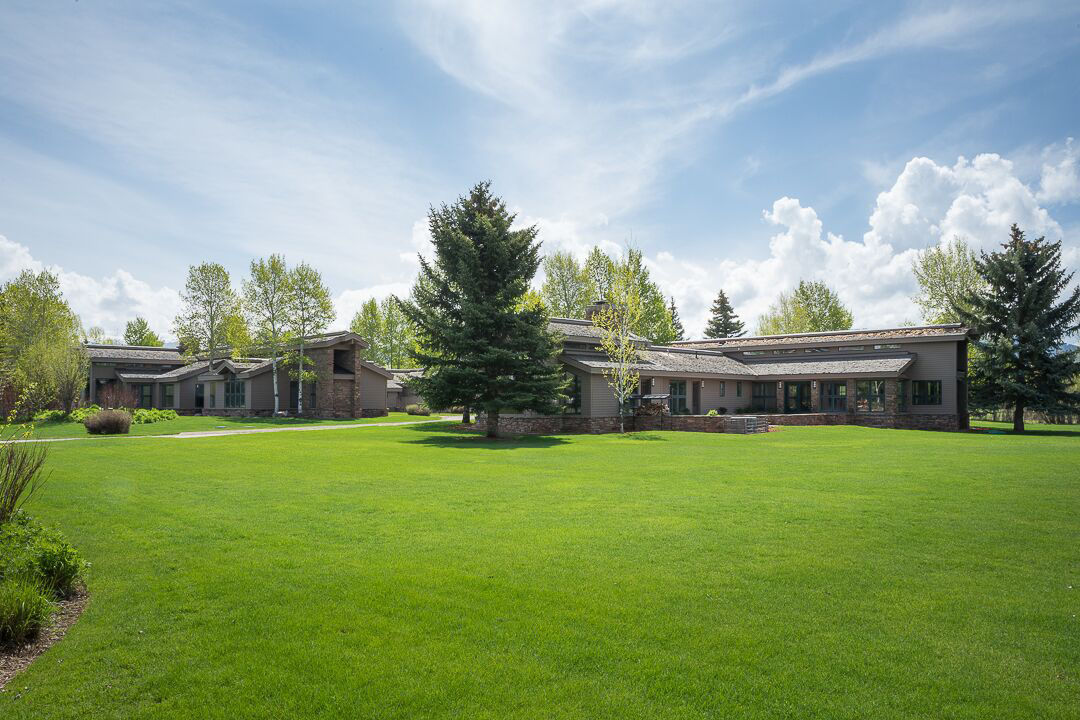 A movie that two Engel & Volkers associate brokers made to promote this 15,000-square-foot home in the Fairway Estates neighborhood is up for a “Best Sales and Marketing for Luxury Property” award.

The movie climaxes with a 40th birthday party scene that emphasizes the homey experiences people will have if they buy the Fairway Estates home. It was designed by Jackson architect Bruce Hawtin and built in1989.

A movie that two Engel & Volkers associate brokers made to promote this 15,000-square-foot home in the Fairway Estates neighborhood is up for a “Best Sales and Marketing for Luxury Property” award.

The movie climaxes with a 40th birthday party scene that emphasizes the homey experiences people will have if they buy the Fairway Estates home. It was designed by Jackson architect Bruce Hawtin and built in1989.

Maybe the director didn’t mangle the old moviemaking phrase when he began filming the house at 165 Huckleberry Drive but he could have, given the elaborate nature of the four-minute film produced by two Engel & Volkers associate brokers that’s designed to lure buyers to the property.

Brief films about houses aren’t new, said Andrew Ellett, but the one he conceived with associate Devon Viehman is more than some marketing firm camera-pointer’s random tour of the property. Instead it’s a big show — at least by usual standards.

Ellett’s review of most of the see-the-house films he has seen during his real estate career?

“They are incredibly boring,” he said. “The only people who watch them are the people who make them. ... Maybe the owner shows it to his friends.”

That’s because the most common take is the camera-eye tour of a house, wandering around, staring at corners. Rather than do that, Ellett and Viehman came up with a story, the story of a happy family enjoying the house, a movie that when people see it they’ll say, “I want to be there and do that with my family,” Viehman said.

Opening shot: Jackson Hole Airport. Plane lands. Tetons tower in the background. Family deplanes and is driven to a neighborhood near Jackson Hole Golf and Tennis Club. They enter house. Which happens to be listed by Ellett and Viehman.

Family consists of mom and dad and kids and grandfather and grandma. At the house lots of joyful family stuff ensues, with folkie soundtrack: Everyone tours place, smiling. Grandfather visits the wine cellar. Kids dangle feet in pond. Mom and Dad wake to Teton views. There’s a cute doggie. Everyone gathers to make breakfast, breaking eggs and making pancakes. The big final scene is a 40th birthday party out on the deck.

The message isn’t house but home.

“What nobody has done before is to portray the lifestyle that goes with living in that home in Jackson Hole,” Ellett said. “This lets the buyer dream.”

Viehman and Ellett saw something similar produced by Erik Berg, an Engel & Volkers agent in Aspen, Colorado. But after seeing the 165 Huckleberry film, Berg said his Jackson colleagues had “taken it far beyond” anything he had done, Ellett said.

Ellett and Viehman started by asking themselves, “Who is going to buy this home?” The obvious answer, they acknowledged, is someone with a lot of money: The 15,000-square-foot house on two lots, with four adjoining vacant lots included, is advertised for $17.7 million.

But the immediate second thought, they said, was that it’s likely to be a second home for a good-size family, a place where people who don’t see each other all the time would come for reunions and be an important part of their memories. That led to the family movie approach.

Conceiving the movie took about two months, planning the story and the shots. A Los Angeles video firm that does commercials, including Super Bowl ads, was hired to do the work. The film was shot over two days earlier this year, using nonprofessional actors and friends, who were paid for bringing drama to real estate. The final birthday party scene required a callout for anyone who could take the time to help. Editing took about a month, including a lot of time on details like deciding just how loud the sizzling bacon should be.

Ellett said he’s seen people watch the film and “get misty.” It was viewed about 36,000 times in the first two months after it was posted, “far more than any other” such video ads, he said.

It’s also been nominated for a Golden Inman Award, given by the real estate news firm Inman. More than 300 entries were submitted in the “Best Sales and Marketing for Luxury Property” category, and the 165 Huckleberry film is one of six finalists. The winner will be revealed Oct. 17 in a ceremony in Beverly Hills. The film can be seen by going to 165Huckleberry.com, a site devoted to the house; a link to the film is on the right near the top of the page.)

Ellett and Viehman aren’t saying what kind of budget is required to create a “Gone With the Wind”-level real estate marketing video, but said it was a lot more than the usual. Ellett called the investment “significant.”

But having done it once, a sequel will be considerably easier and cheaper, Viehman said, if another expensive house comes on the market.

“It’s got a process now,” she said. “We’ve created an assembly line for this now, and it’s definitely something we are going to incorporate into our strategy.”

And Ellett said the movie has fans at his home, where a showing included the information that the kids in the film made $100 each for their contribution.

“My daughters are begging to be in the next movie,” he said.

Best performance by a house

Movie people talk about shooting "on location" and real estate people will often remind you of the adage that the three most important things about a property are "location, location, location."

The location in this case is the somewhat huge house at 165 Huckleberry Drive, in the Fairways Estates neighborhood just north of the Jackson Hole Golf and Tennis Club.

The 15,000-square-foot place, built in 1989, includes seven bedrooms and nine baths. There's an indoor pool, a finished basement, a 1,900-square-foot garage and four fireplaces. There's a guesthouse that owners have called "the annex," which includes an office.

The building was designed by Jackson architect Bruce Hawtin, who won an American Institute of Architects Design Award for the one-floor, Frank Lloyd Wright-inspired house.

The offering is a little complicated: The house and guesthouse sit on two lots that encompass between 6 and 7 acres.  The seller also owns two more buildable lots just to the east, purchased to keep other rich people at bay, and two more lots across the street to the north, bought to protect the nice view of the Tetons. The six lots total about 20 acres.

The house is much bigger than the 8,000-square-foot max currently in place in the county, and planning regs also no longer would allow the four fireplaces. Realtor Devon Viehman said, "You can't go and re-create it anymore."

There are 44 lots in the subdivison, said agent Andrew Ellett, but they're owned by only about a dozen people. Sales in the neighborhood are rare, he said.

Other owners in the area have names like Rockefeller and Mars. The novelist Warren Adler owned a house down the street before he left Jackson.

The film produced for the house can be seen by going to 165Huckleberry com.