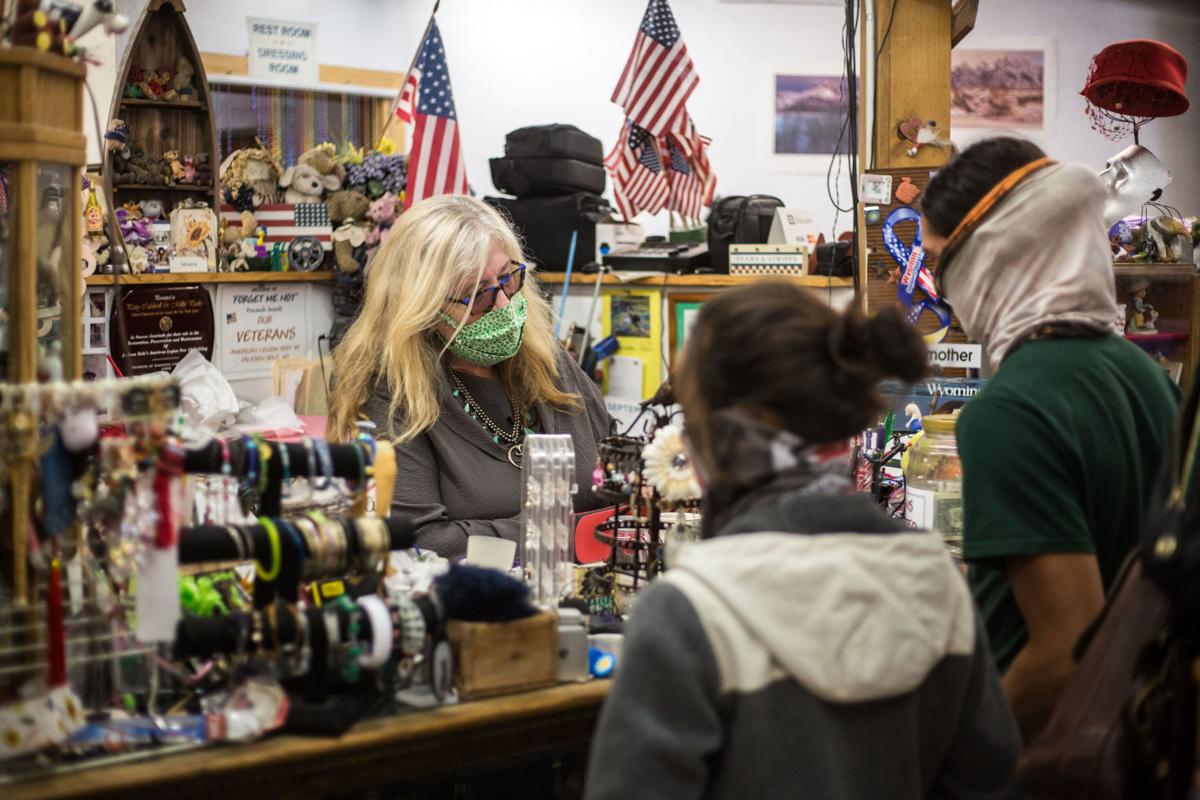 Millie Parks helps two customers with a sale last week at Forget Me Not. 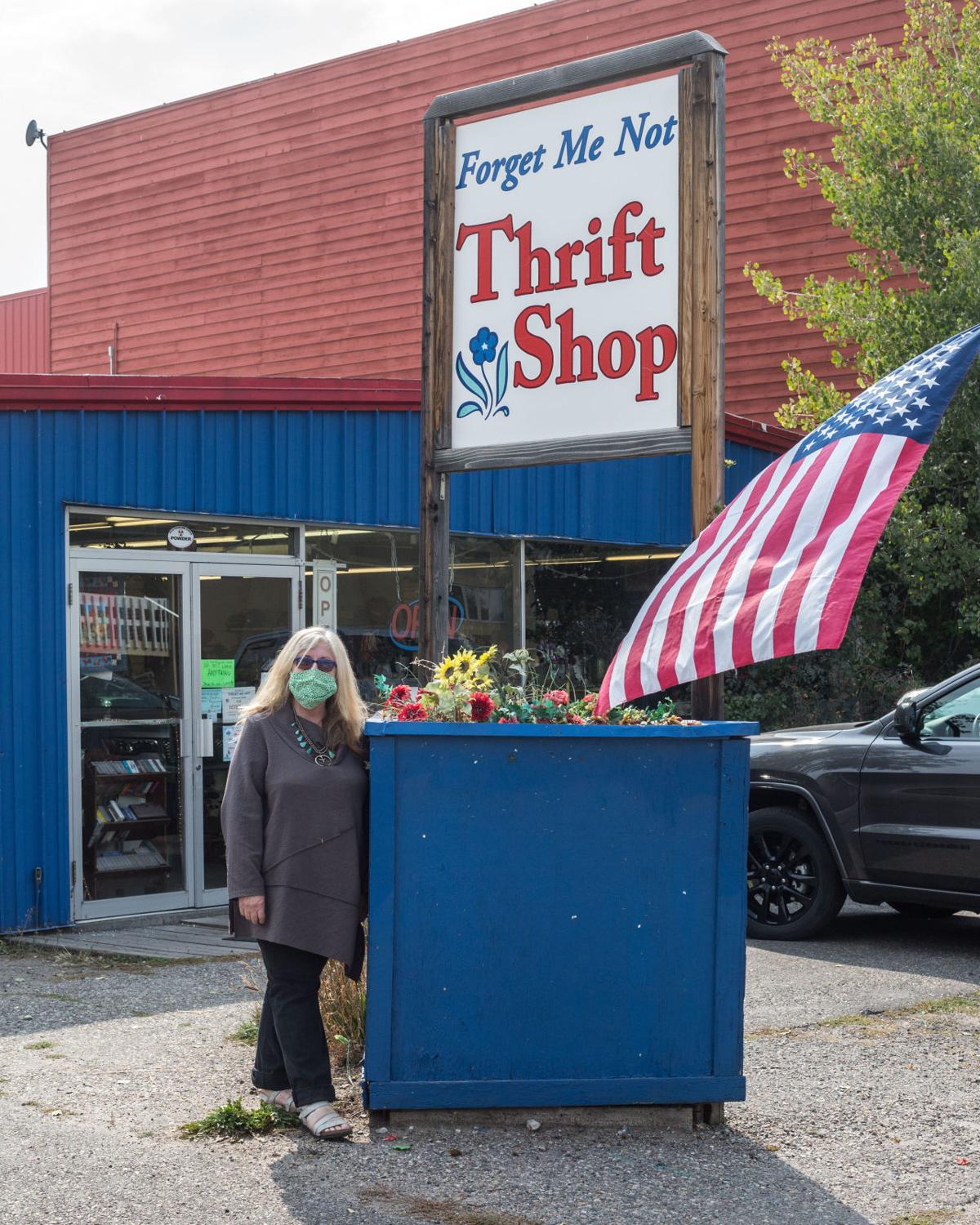 Millie Parks, owner of Forget Me Not Thrift Shop, hopes to clear her inventory by mid-October.

Millie Parks helps two customers with a sale last week at Forget Me Not.

Millie Parks, owner of Forget Me Not Thrift Shop, hopes to clear her inventory by mid-October.

A huge amount of the day-to-day stuff of life that people no longer need but that other people want has passed through Forget Me Not in the past 16 years.

That’s about to end. With a sale in the works for the property on the corner of Pearl Avenue and Clissold Street, Forget Me Not is about to become a memory.

“People come here to outfit themselves,” said Millie Parks, who opened the thrift store with her sister Patty Caldwell in 2004. “They come in and they set up their entire existence from here, pots, pans, clothing, everything.”

It’s difficult to say how many people pass through, but Parks said “there are hundreds who are regulars.”

“We don’t lack for customers,” she said. “We have return customers from all over the world.”

That includes an English couple who have come back repeatedly on vacation, and a Pennsylvania couple who not only visit to browse but have shipped donations.

The home of Forget Me Not is a 4,000-square-foot metal shed on a standard 0.17-acre town lot. The county assessor puts the official value of the property at about $1.6 million.

The building, on-site since 1966, has been the home of a series of businesses. It began with Motor Mart, an auto parts business run by a man named Stan Wilhelmsen. That was followed by C&M Interiors, a longtime tenant; a short-lived but popular lunch place called Backdoor Deli; and Gear Revival, a secondhand sporting goods store. When Parks and her sister arrived they found the place pretty much stripped down to the thin steel walls.

“The building was empty,” she said last week. “We asked if we could have lights.”

The business has been a living for Parks and her sister and a crowd of employees. After paying expenses they’ve donated profits to American Legion Post 43, which will take a big hit, said Ed Liebzeit, a longtime member and commander of the VFW post, which works with the Legion. (See box on 8C.)

The stock in Forget Me Not has ranged from the useful to the useless, and from the cheapest, most practical items to luxury castoffs. Parks said she’s seen clothing from Armani, Versace and Diane von Furstenberg. On the other end of the value spectrum, Parks said, “One of our biggest expenses is the Dumpster.”

There’s also been plenty of the weird that’s come through: The undisputed winner in that category was in 2011, when some donations were being sorted and a box was found to be filled with gray dust. A label identified the contents as the ashy remains of George Edward Challenger and his wife, Eleanor Margaret, who died in 1991 and 1995. The Challengers had apparently never been to Jackson but one of their children had lived here awhile, had brought the mom and dad remains to town and then misplaced them during a cleanup.

Parks tried to find a place to move the business to, but a booming economy offers little chance for a thrift store to relocate. The lease runs through the end of October, but she hopes price-slashing will have the place emptied and ready for the bulldozer by the end of September. Her last day is Sept. 28.

Parks said she’ll miss the business, especially the people who come in. One told her that “I’m going to have to move now because you’re the last best thing in Jackson,” she said.

“You make wonderful friends, sometimes you don’t even know their names,” Parks said.

Her own work future is up in the air, but she’s optimistic: “I’m not retiring,” Parks said. “I’m re-creating.”

A hit for the Legion

American Legion Post 43 member Ed Liebzeit said the loss of funds from the Forget Me Not Thrift Store will be a blow to local Legion programs.

Liebzeit didn't have a dollar figure, but said the Forget Me Not donation "is the single most significant contribution to the Legion every year."

The money supported scholarships and the Wounded Warriors program, among others.

"It's a heartbreaker," Liebzeit said, "because it's very important to us.

American Legion members aided in looking for a place for the thrift store to move into, but came up with nothing. No plan has been made about how to deal with the loss of money.

So what piece of luxury housing will be built there?