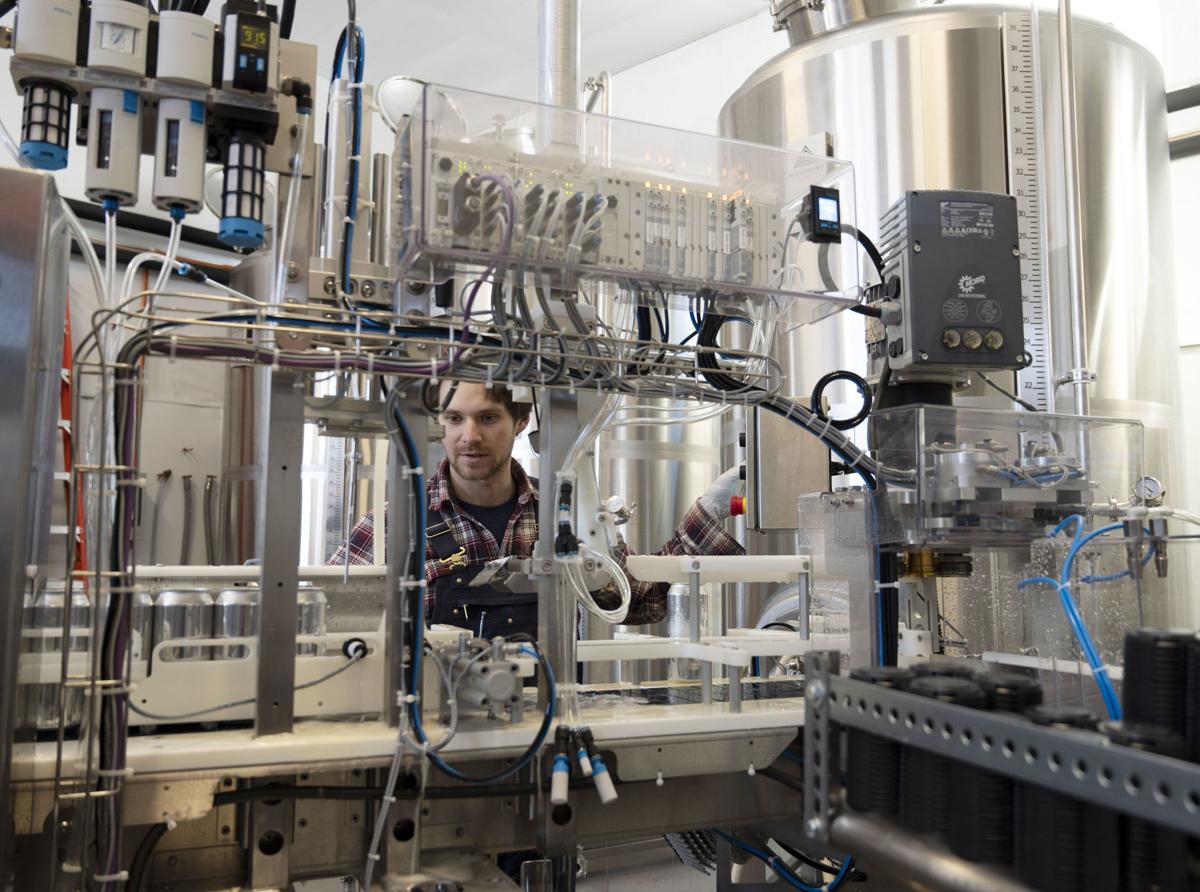 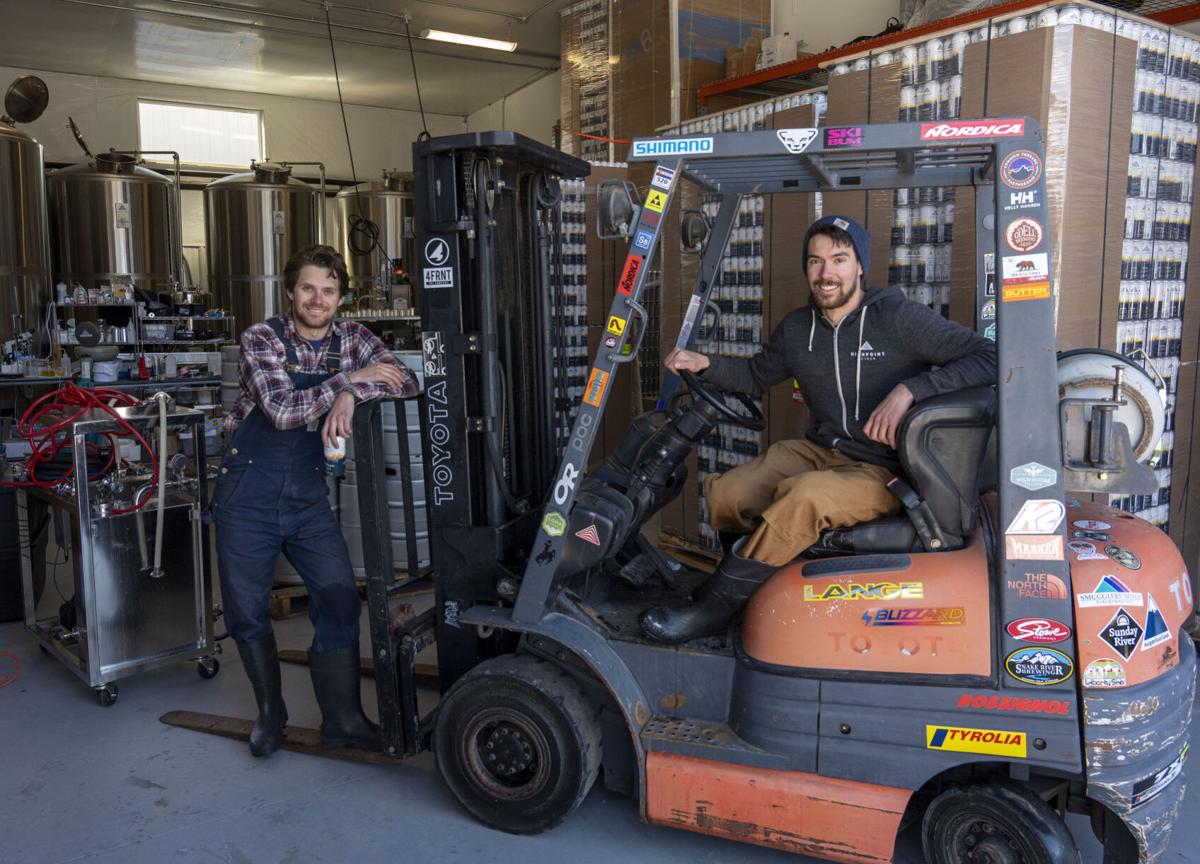 Highpoint Cider co-founders Andrew and Alex Perez pose with their forklift, named “MAC.” MAC is named after their grandmother, Mary Ann Crisp, as a hat-tip to their family’s New England roots and work ethic.

Highpoint Cider co-founders Andrew and Alex Perez pose with their forklift, named “MAC.” MAC is named after their grandmother, Mary Ann Crisp, as a hat-tip to their family’s New England roots and work ethic.

“Carl Sagan, I think in one of his last interviews, had a quote that was something to the effect of, ‘Science isn’t a body of knowledge, it’s a way of thinking,’” said Andrew Perez, one half of the sibling team at Highpoint.

Perez and his brother, Alex, have applied the noted astronomer’s philosophy to developing their line of ciders. They grew up on an apple orchard in New Hampshire, doing kid stuff — riding dirt bikes, chucking rotten apples at each other and making the occasional batch of nonalcoholic cider with a hand press. As adults they enjoyed the craft cider that was popular in New England, but when Alex, tired of his corporate job, moved west to Jackson, he noticed a dearth of cideries.

So he convinced his brother, a biochemist, to move to Jackson.

This was “before we’d ever made a single batch of cider,” Andrew Perez said. “So that was a little overwhelming at face value.”

Over the course of two years the brothers brewed “between 250 and 300 batches of cider” to perfect the recipes, starting out with the help of Gavin Fine, who let them work in the old Q Roadhouse building. Many of the first ones were “undrinkable,” according to Alex Perez, but through a process of trial and error they developed a “way of thinking” about the process, as Sagan would have put it.

They settled on a trio of ciders, all much lower in sugar than syrupy mass-market offerings. The first is a relatively straightforward cider called the Transplant, a tongue-in-cheek reference to how apples are grown and how they ended up in the Tetons.

The Spur is a ginger-infused one, and the Tram-line is a dry-hopped cider.

“It’s a highlight reel of a New England hazy IPA, where you get all these fruity, floral notes, and then there’s none of the botanical bitterness that you usually associate with a really heavy IPA,” Alex Perez said.

With their recipes solidified, the brothers originally envisioned opening a taproom in Jackson, but space is hard to find, and Victor has an up-and-coming manufacturing scene. Mikey Franco, of Franco Snowshapes, was developing in an area just north of Victor, and the Perez brothers took the opportunity to design their own space near other homegrown small businesses like Sego Skis and Alpine Air Coffee.

In the new space Highpoint put in a canning line, and is already canning the Transplant and Spur. The brothers plan to scale up production of the Tram-line soon.

“That was always our goal, to get our products in cans,” Alex Perez said.

Highpoint Cider should soon be available in most places you buy beer, like Bin 22 or The Liquor Store, but nothing replaces getting a drink from the source, which you can do six days a week. The taproom is open from 2 to 9 p.m. Tuesdays through Fridays, and noon to 9 p.m. Saturdays and Sundays.

With picnic tables and barrels set up as tables spread out in the production facility, the space, which opened for business Friday, gives drinkers a glimpse into the brewing process, or at least a chance to drink the product adjacent to the barrels it came out of. Big glass garage doors at the front will allow customers to gather outside. Once summer gets into full swing, they’ll have local beers, ciders and some wine as well.

The Perez brothers are excited to have the doors open, and even though they aren’t in Jackson they see themselves as able to straddle both sides of the Tetons.

“There’s a really cool, robust community that’s popping up over there, and we’re over the moon excited to be over in Victor,” Alex Perez said. “The more we’ve gone over there and the more people we’ve gotten to know in the community, the more I think this is the perfect fit for us.”