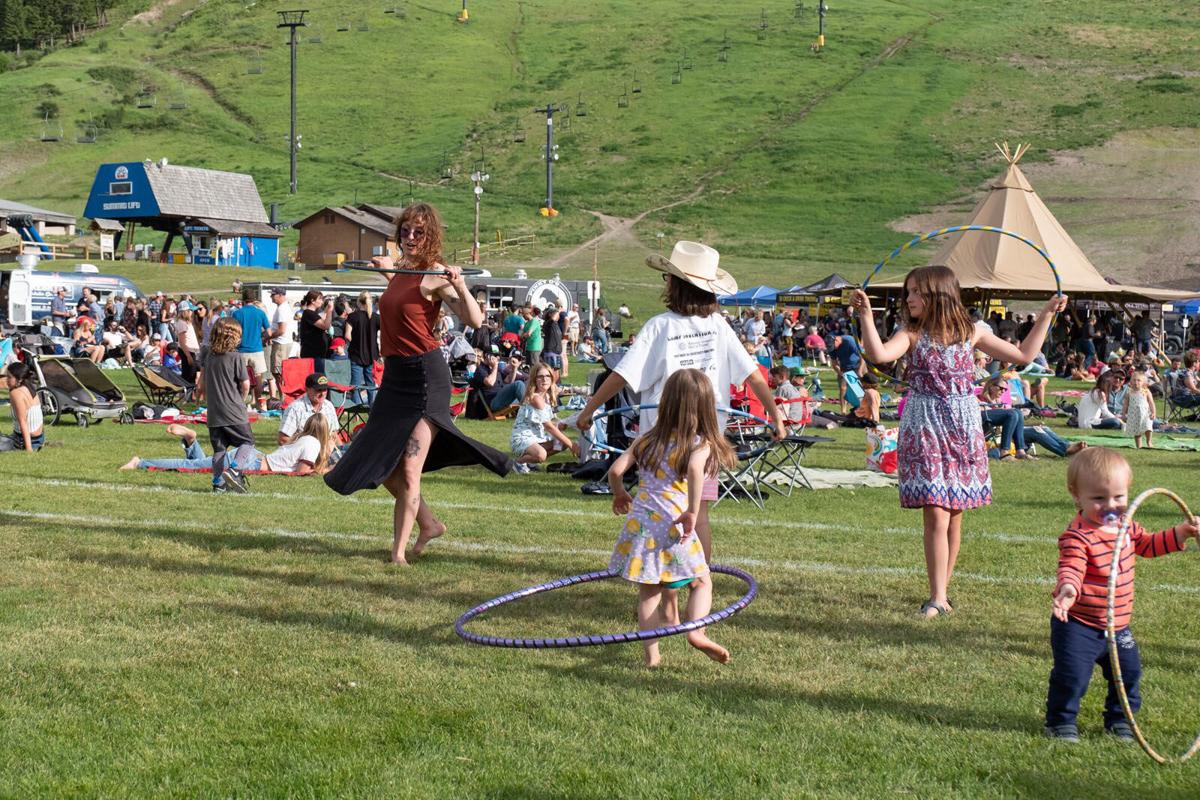 Jes Hagen of Mountain Valley Hoops shows children how to hula-hoop earlier this summer at the base of Snow King Mountain. 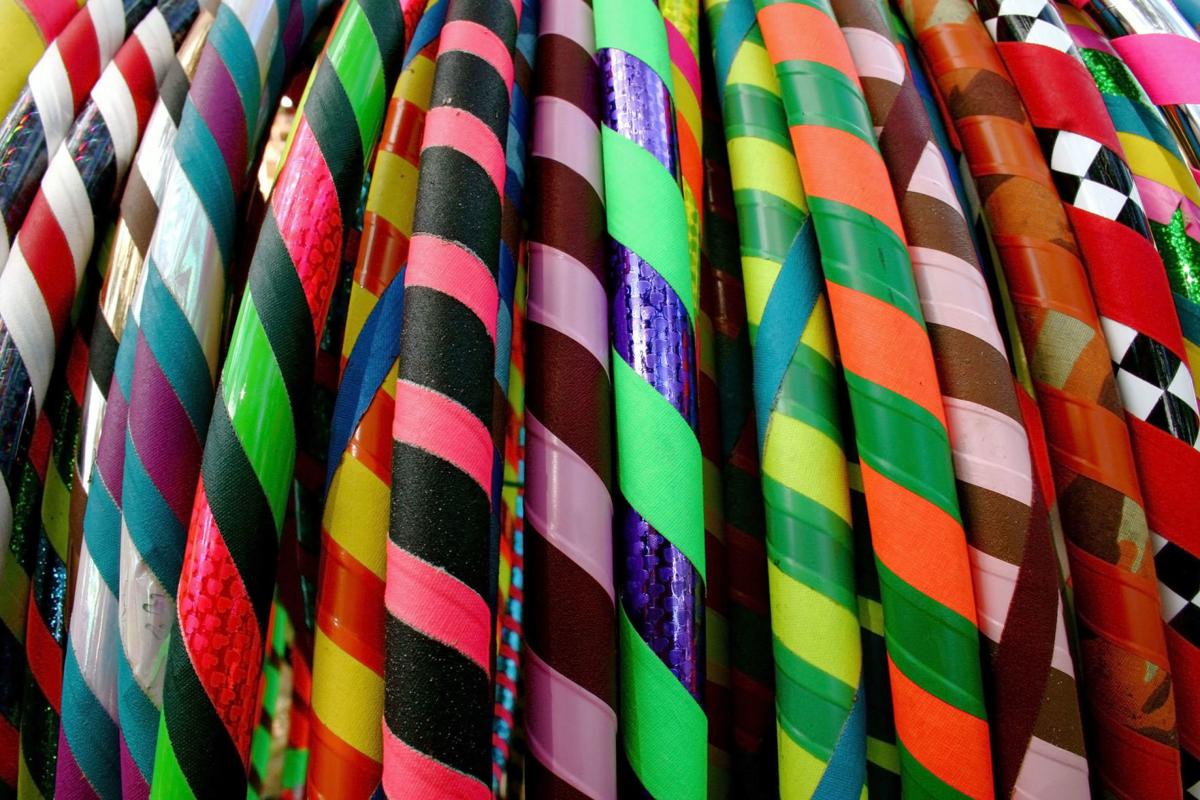 At any given time Hagen has about 100 hoops. She makes them from flexy PVC irrigation line and fancies them up with colored electrical tape. She also offers hoop decorating at parties.

Jes Hagen of Mountain Valley Hoops shows children how to hula-hoop earlier this summer at the base of Snow King Mountain.

At any given time Hagen has about 100 hoops. She makes them from flexy PVC irrigation line and fancies them up with colored electrical tape. She also offers hoop decorating at parties.

Hula-hooping is the biggest fad on Earth.

What? Oh, OK. Sixty years ago.

Jes Hagan is proof of that. The Jackson woman has turned the venerable plastic amusement into a side business. Her own love of hooping — Hula Hoop (capitalized) is the original and still-trademarked version — has turned into teaching and hoop partying, hoop decorating and sales. She proselytizes for the physical and mental benefits of hooping like it’s a cult.

A fun cult, though: “It promotes laughter,” Hagan said of the hoop. “It’s a mood booster. No one can hula-hoop and be grouchy.”

Hagan is a nanny with a degree in anthropology but finds time on the side for Mountain Valley Hoops, which she began about two years ago. She was inspired by her own history in dance and by seeing a resurgence in hooping exhibitions and parties at concerts, notably those of String Cheese Incident and the Grateful Dead.

Hagan says people go for hooping as soon as they get a chance. Especially kids born decades after the 1958 Hula Hoopla that washed over the United States when manufacturer Wham-O sold 25 million hoops in the product’s first four months, 100 million in two years — at $1.98 a hoop.

Though that was a long, long time ago, even today the hula hoop is well known, even among the young set.

“They all know what it is” when she holds up a hoop, Hagan said. “If I just ask if they know; nearly everyone raises their hand.”

Hagan began some public hooping about three years ago at the JacksonHoleLive concert series, showing the activity and hoping after a while to excite some interest among potential hoopers.

She still goes to concerts to hoop, and with a schedule of programs has also hooped with people at Teton Behavioral Therapy, nursery schools, Girls Actively Participating and others. She touts the activity for birthday parties and thinks it would make “a great corporate team-building exercise” for businesspeople who want to loosen up and laugh at their co-workers.

“No one is ever excluded” in hooping, she said. “It’s not a competition.”

If hooping on its own isn’t exotic enough for your friends, you can arrange a hooping theme party.

“I’ll dress up like a princess and go to a hula hoop party,” she said. “And I’m open to ideas that people suggest.”

Hagan also offers people a chance to buy a hoop from her and decorate it. She uses a variety of flexy PVC irrigation line that’s just the right size, buying it in 60-foot rolls, 10 rolls at a time, cutting each roll into 10 or 12 hoops. Interior couplings tie the cut pieces together in a loop, and the decorating is done with colored electrical tape.

Hagan typically has “near a hundred” hoops in her inventory, which turns over regularly.

“You’re laying the foundation for new neural networks,” she said. “It’s good for your brain.”

You might even learn some science, she said, finding that in the act of gyration “you’re learning the laws of motion, gravity, centrifugal force.”

Hagan quotes prices for hoop parties based on a long explanation of what’s available and for how many people. A $25-a-kid fee is a likely starting point for a basic party, and a movement workshop will run about $100 an hour. Decorating is likely to run about $10 an hour per person.