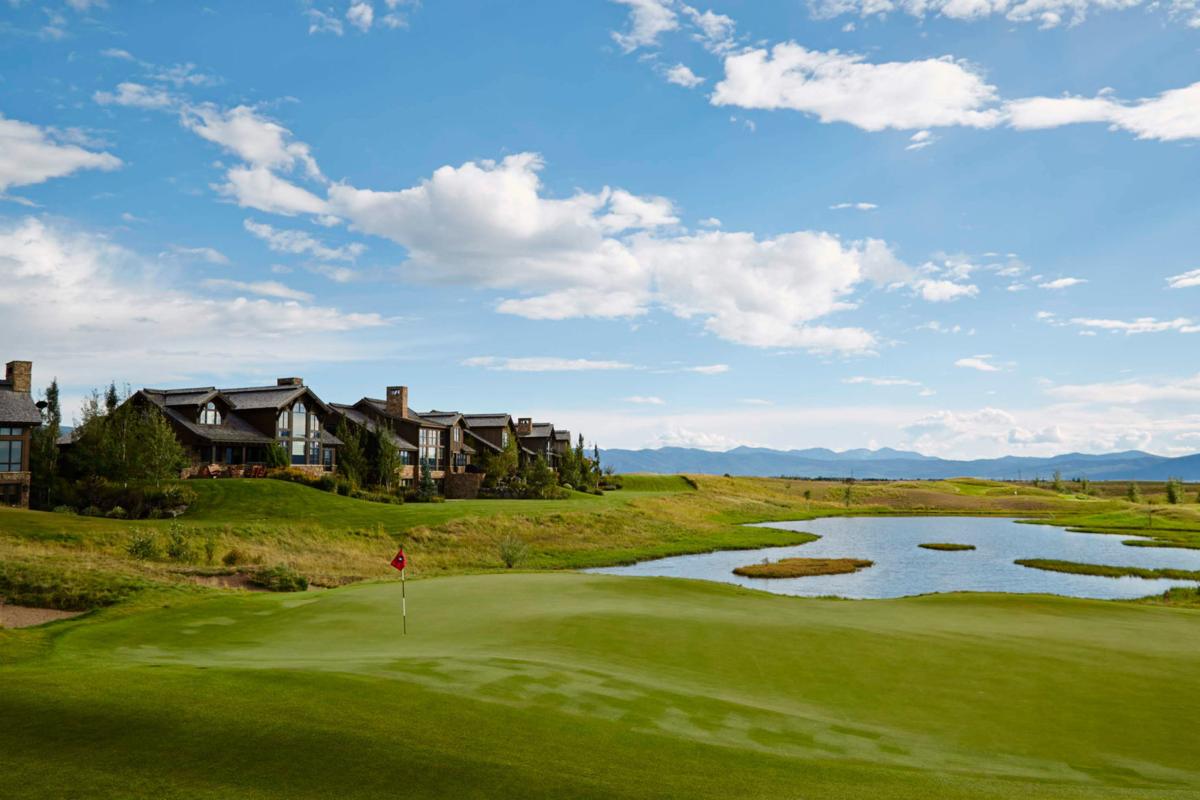 The investors who purchased Huntsman Springs, now named Tributary, two years ago will soon be making developments to the land and its buildings. 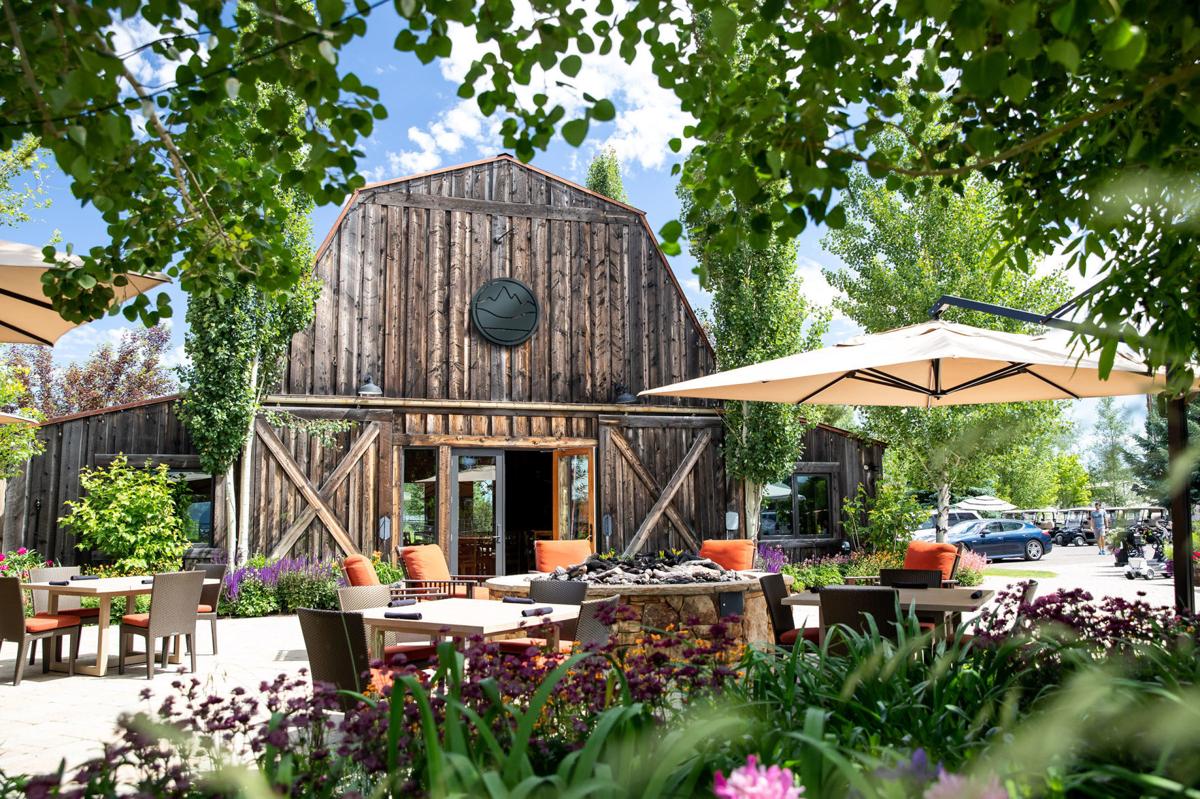 This is The Barn, the on-site restaurant at Tributary.

The investors who purchased Huntsman Springs, now named Tributary, two years ago will soon be making developments to the land and its buildings.

This is The Barn, the on-site restaurant at Tributary.

Investors who bought Huntsman Springs two years ago have renamed the golf course development, are promising millions in improvements and are putting down roots.

Huntsman Springs still sits on the west side of Highway 33, across from the Driggs (Idaho) Airport and with the Driggs city limits meandering through its 1,500 acres. But now it’s called Tributary.

The roots part was happening in recent weeks, when crews were digging holes around the project and planting nearly 450 aspens, cottonwoods, spruce, crab apples and willows to decorate a wide stretch of property that was farmland until a few years before the 2008 crash. Big plans by the Huntsman family, a billionaire Salt Lake City clan involved in chemicals and plastics and the backer of the Huntsman Cancer Institute, got off to a fast planning and construction start in 2005 but soon stumbled into the hole that was the Great Recession.

The Huntsman family’s interest was further deterred by the death of Jon Huntsman Sr. in February 2018. His son Jon Huntsman Jr. is a former governor of Utah and U.S. ambassador to China and Russia.

Ulla Rasche, who came on as general manager for the new owners in April, is overseeing a push to get Tributary moving.

“Nothing has been going on here for 10 years, so it’s exciting,” Rasche said of recent changes. “The brand still needs to be established, but everyone here is excited.”

Assistant General Manager James Canedy said the long pause at Huntsman after the recession was no different from what everyone else in Teton Valley experienced: “When you look around the valley there are a lot of developments that didn’t go anywhere for years,” he said.

The 2017 buyer was BDT Capital Partners, a Chicago private banking and investment firm founded in 2009 by Byron Trott, a former Goldman Sachs and Berkshire Hathaway associate. Rasche said BDT has a “methodical” plan for improvements and a “long-term vision, a commitment to long-term capital investment.”

There’s no thought, Rasche said, as there might have been during conception of Hunstman, that it’s an alternative to buying in Jackson, a second choice.

“This is not ‘If you can’t afford Jackson Hole,’ that’s not what this is all about,” she said. “We have a great ski hill with great snow at Targhee, we have a great golf course, a growing community ... we should have everything people need here.”

Besides planting a forest in recent weeks, just about a month ago Tributary completed construction of what’s called “The Cart Barn,” near the driving range of the David McLay Kidd golf course around which developers hope to eventually see about 450 homes built. The Cart Barn is a cart cleaning and storage facility that includes break rooms for course employees and two covered hitting bays. The building was designed by Garett P. Chadwick, head of GPC Architects in Driggs.

The Cart Barn was the first significant addition to the development since its Wellness Center, with its pool and hot tubs and cafe, was built six years ago. Tributary’s offices are in a remodeled ranch house built by the Curtis family, and its restaurant is a refurbished barn built in 1918.

Two other projects are in the works:

Construction is underway on eight new homes built by the developer, including four of about 3,500 square feet, with three or four bedrooms, and four three-bedroom homes of about 2,900 square feet. Completion is planned for 2020. All are near Tributary’s central area and 37 homes built during the Huntsman years. The clustered Huntsman-built condos, about 2,700 square feet, have been advertised on the resale market recently in the upper $800,000 range. None were on the market recently but they were being rented short term at rates from $550 to $850 a night.

Only about a half-dozen stand-alone houses around the golf course have been built, but 10 lots, from 0.14 to 0.18 acres, will go on the market in the new year. Lot prices will be in the $300,000 range. Houses that have been advertised for resale have had prices ranging from $1.55 million to $2.23 million.

All the building has been in Tributary’s first phase. Two more phases around the course are on tap, with subdivision approval expected in 2020.

Also under construction is Tributary Park, a public park within Tributary boundaries being created by BDT and the city of Driggs. On the south side of Tributary near the Teton County Courthouse, the 7.5 acres will include a soccer field and picnic pavilion, restrooms, basketball and volleyball courts and an interpretive station and arboretum. (See box on 9C.)

The plan is to emphasize the easy access to skiing and fishing and other outdoor activities available in Teton Valley, Idaho, but the big attraction remains the golf course. It’s called a “links-style” course, a phrase that traditionally meant the course was along the coast, but that’s mutated to mean courses that are mostly open and undulating, less manicured than the norm.

Tributary’s 7,613-yard course is certainly up and down, the result of a lot of dirt moving in preparation for its 2010 opening. The uneven surface puts much of the course below the valley’s original flat floor, an aesthetic boost, Canedy said.

“When you’re on the golf course you don’t see anything but the Tetons and the Big Holes,” he said.

There’s currently no real clubhouse, but the location has long been chosen and plans are being made, Rasche said.

Both, like many Jackson Hole people, were already living in Idaho, where housing isn’t as expensive as in Jackson. They said the growth on the west side of Teton Pass has made recruiting a bit easier.

“There is so much talent in Teton Valley that goes over the hill every day” to work, Rasche said.

One example is Kevin Humphreys, the chef at the Tributary restaurant, The Barn. Before joining Tributary, he commuted over the pass for 14 years, much of that time to direct the award-winning restaurant at Teton Mountain Lodge, Spur Restaurant and Bar.

Humphreys said he was happy to find a job a bit closer to home, and also that “the ability to grow something in my own backyard was too good to pass up.”

Until recently Tributary had as few as 40 employees during slow times, but the staff is now expected to hit 150 during the peak summer season and as building expands.

Rasche is confident that recent activity at Tributary and plans in the works will finally turn the place into what was envisioned nearly 15 years ago.

“I don’t foresee any slowing down here.”

Tributary stretches over about 1,500 acres at the north end of Driggs, but unlike most developments much of it will see little human activity.

About 500 acres on the west side of the property is set aside as wetland, half of it under conservation easement, and is home to a variety of wildlife. Moose are especially common, and the area is a spring nesting ground for a variety of birds.

Tributary does benefit. There's a boardwalk nearly 1.8 miles long that allows people to walk out into the area and enjoy it. And several places along the border of the wetlands have been designated for some recreational activity: A nature center is likely, and there's also thought about an area for glamping.

"I don't think anyone thought ever of developing that land," she said. "It's a special place worth conserving."