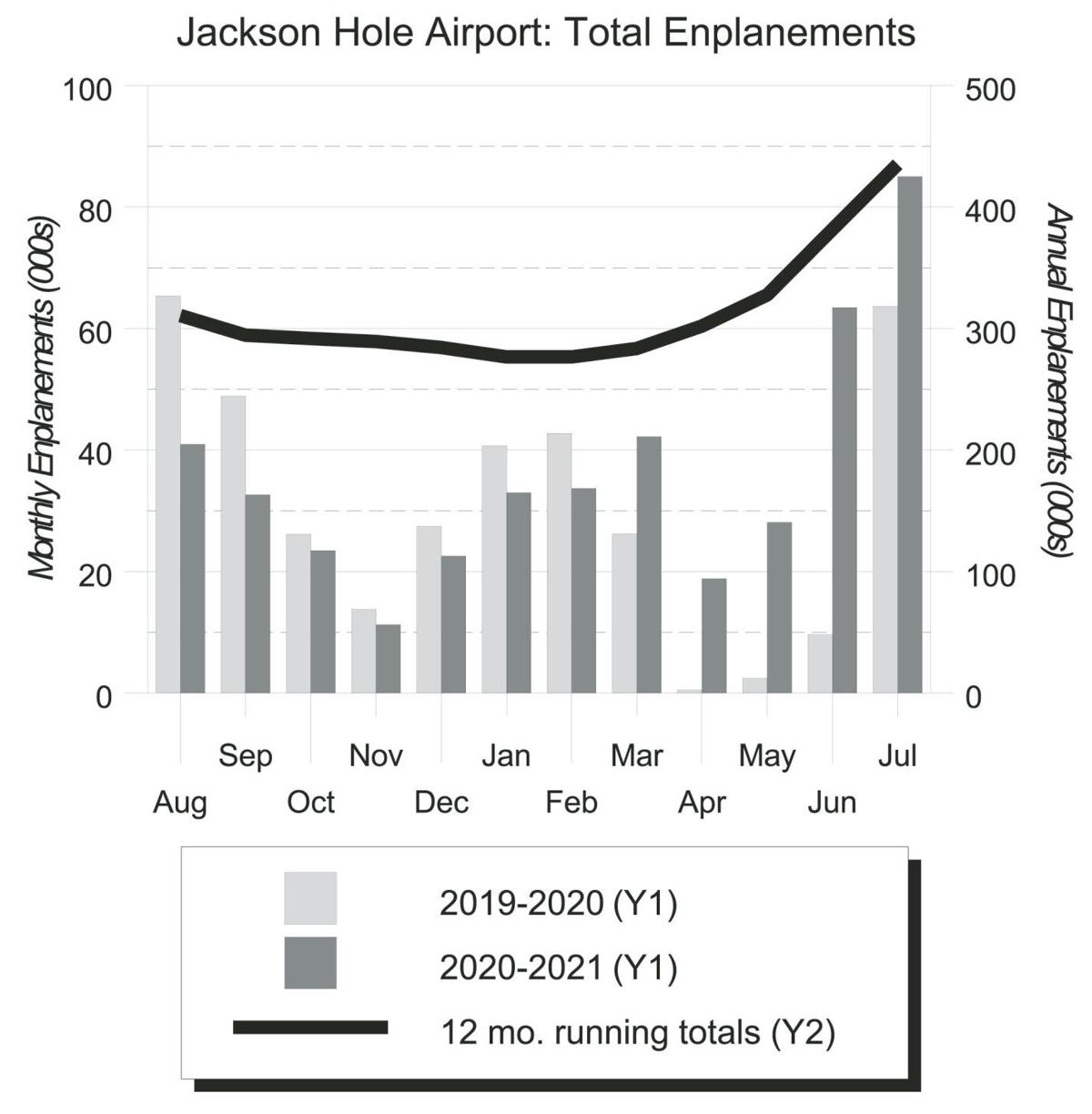 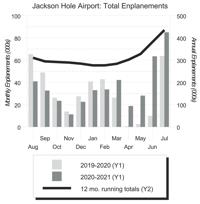 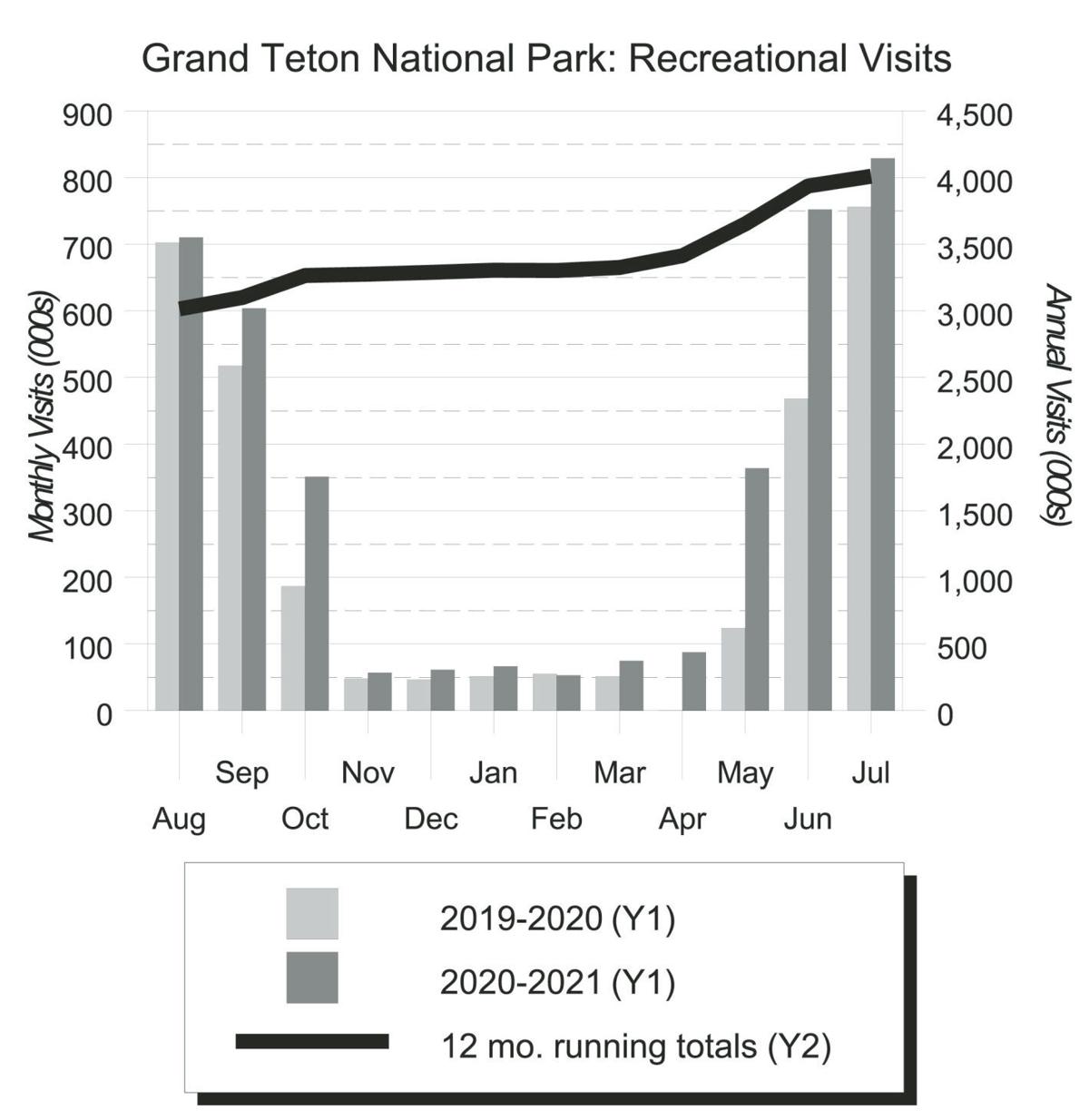 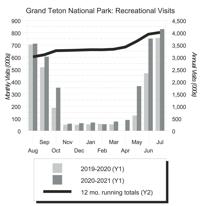 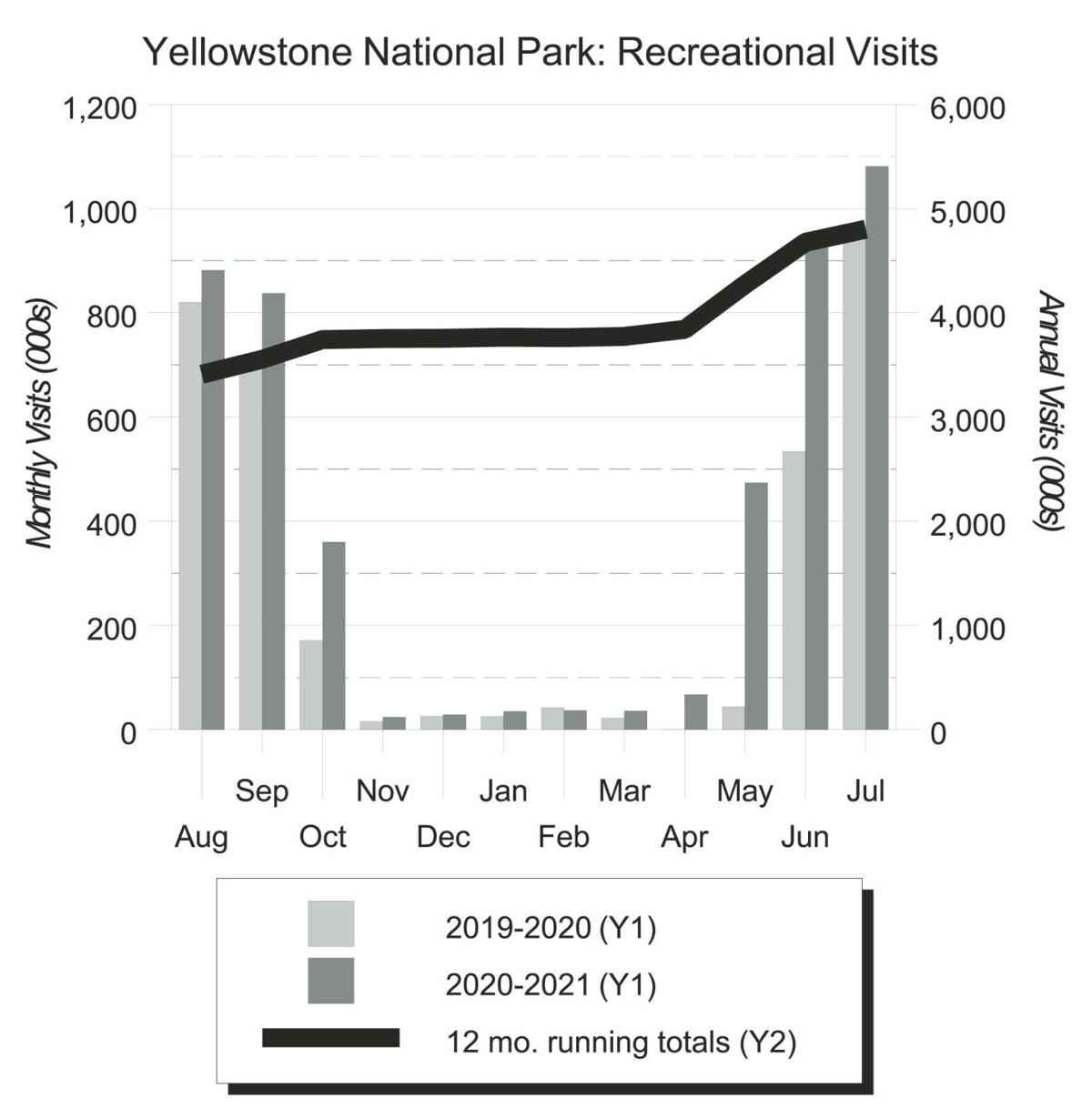 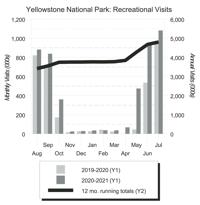 JACKSON HOLE AIRPORT’S ENPLANEMENT count in July totaled 85,037, over 54,000 more than the total for the COVID-19-ravaged month of July 2020. To put July 2021’s enplanement figure in perspective, it is not only the airport’s by-far highest July enplanement count — crushing July 2019 by 34% — it’s also the highest monthly enplanement count ever, 30% ahead of second-place August 2019. During the 12 months ending in July, 435,264 people boarded a commercial flight at Jackson Hole Airport, up 30% from the previous fiscal year’s count. This isn’t quite all the way back up to March 2020’s prepandemic fiscal year record of 459,029, but it’s getting close.

JULY’S RECREATIONAL VISITATION COUNT for Grand Teton National Park totaled 828,77, 10% higher than the total July 2020. That was Grand Teton’s busiest-ever month, eclipsing July 2018, the previous record holder. During the 12 months ending in July, 4,010,404 people paid a recreational visit to Grand Teton, a whopping 33% more than the number visiting during the previous fiscal year. That, too, is an all-time record and was the first time in Grand Teton’s history that it had played host to more than 4 million visitors in one fiscal year. As the graph suggests, before COVID-19 hit Grand Teton’s visitation had been relatively flat. After dipping down for a few months, visitation shot up again starting in the autumn.

RECREATIONAL VISITS TO YELLOWSTONE National Park in July totaled 1,080,767, the busiest month in the park’s history and the first time it has surpassed 1 million visitors in a month. July’s figure was 13% higher than the previous record holder of July 2020. During the 12 months ending in July, 4,800,616 people paid a recreational visit to Yellowstone, a staggering 43% more than the number visiting during the previous fiscal year. As the graph suggests, when the COVID-19 pandemic hit, Yellowstone’s visitation took a sharp drop, but since July 2020 the trend has been up, up, up.