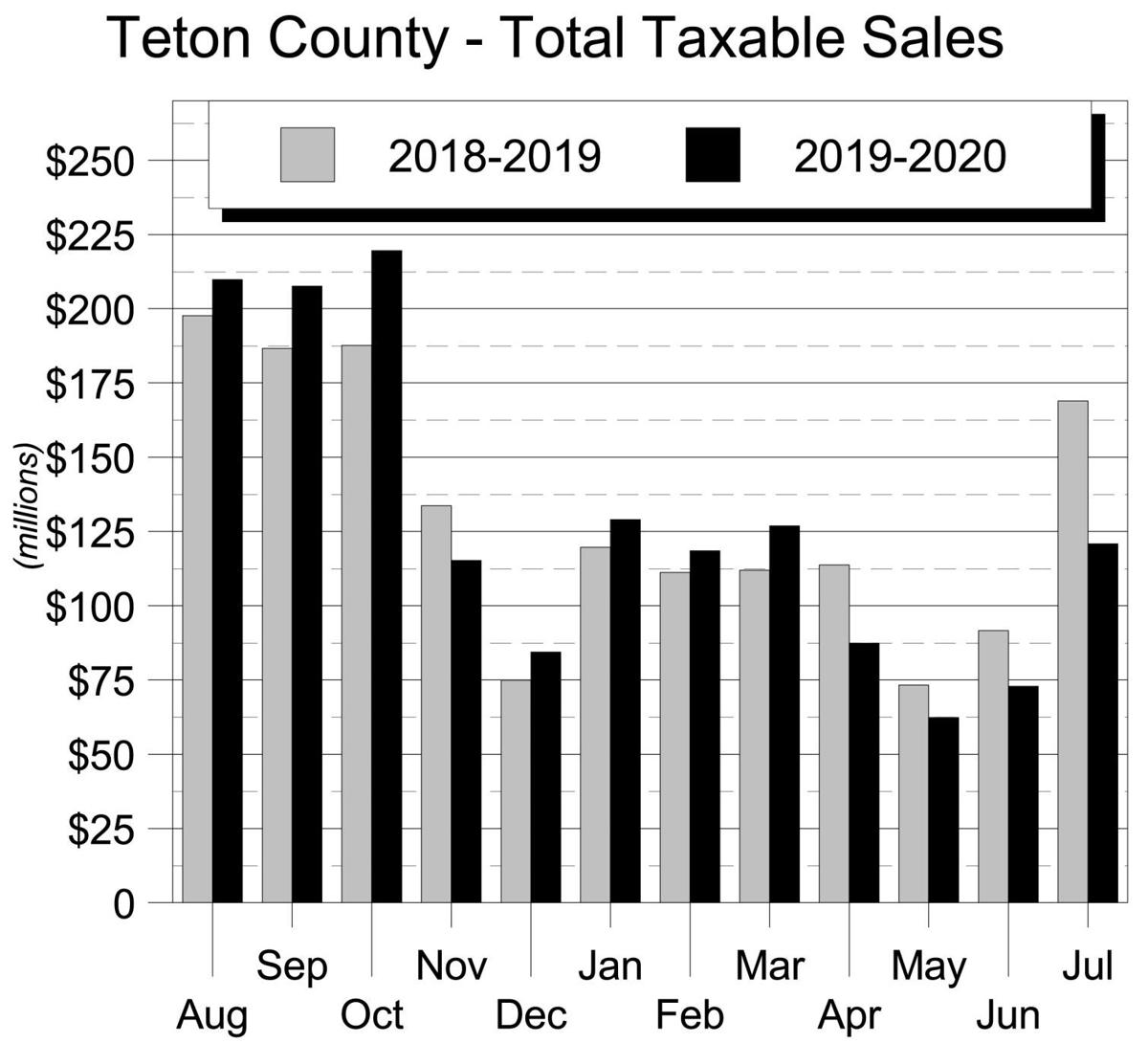 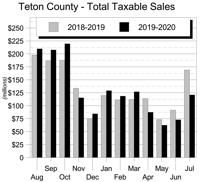 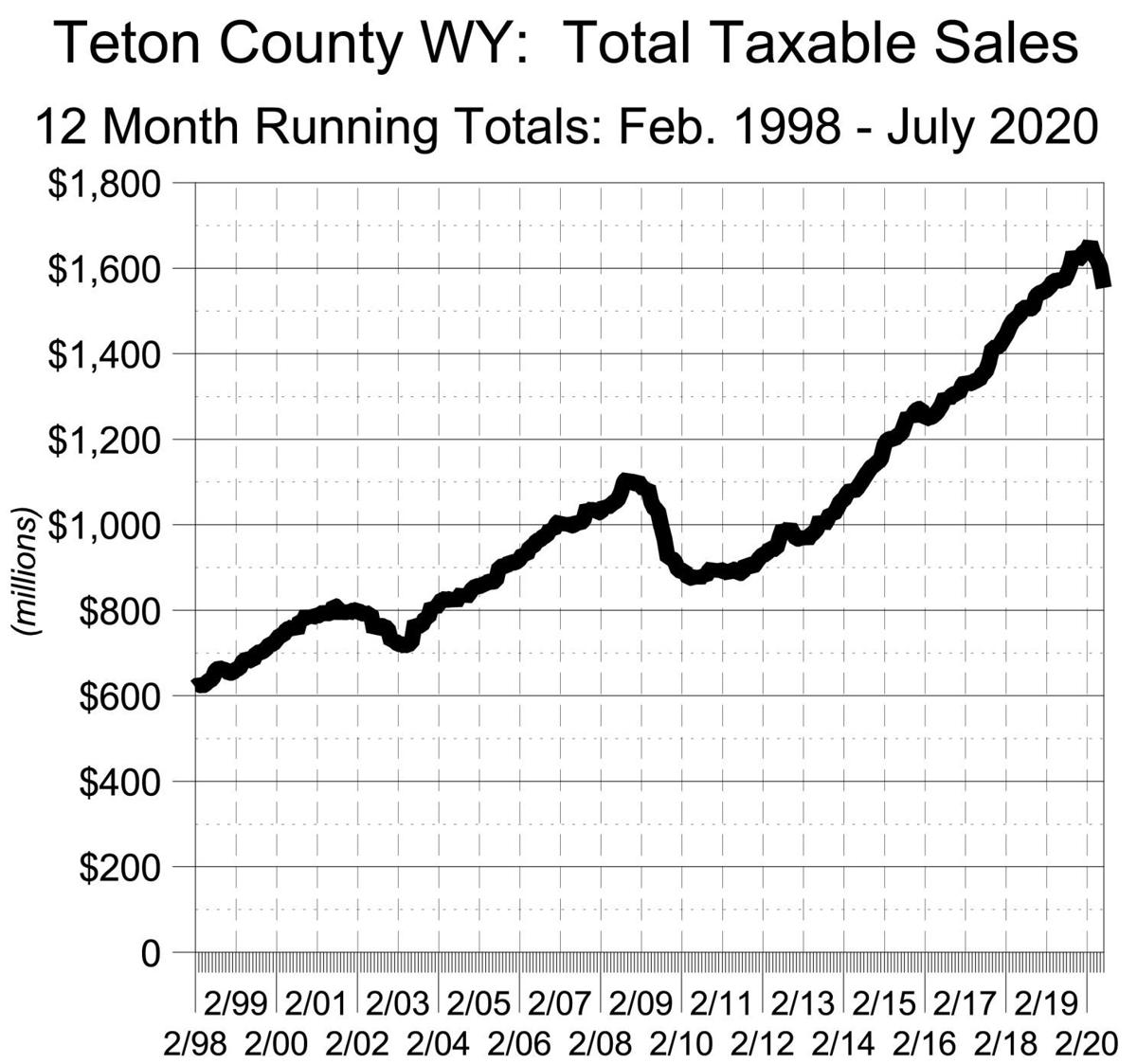 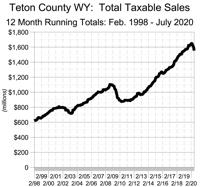 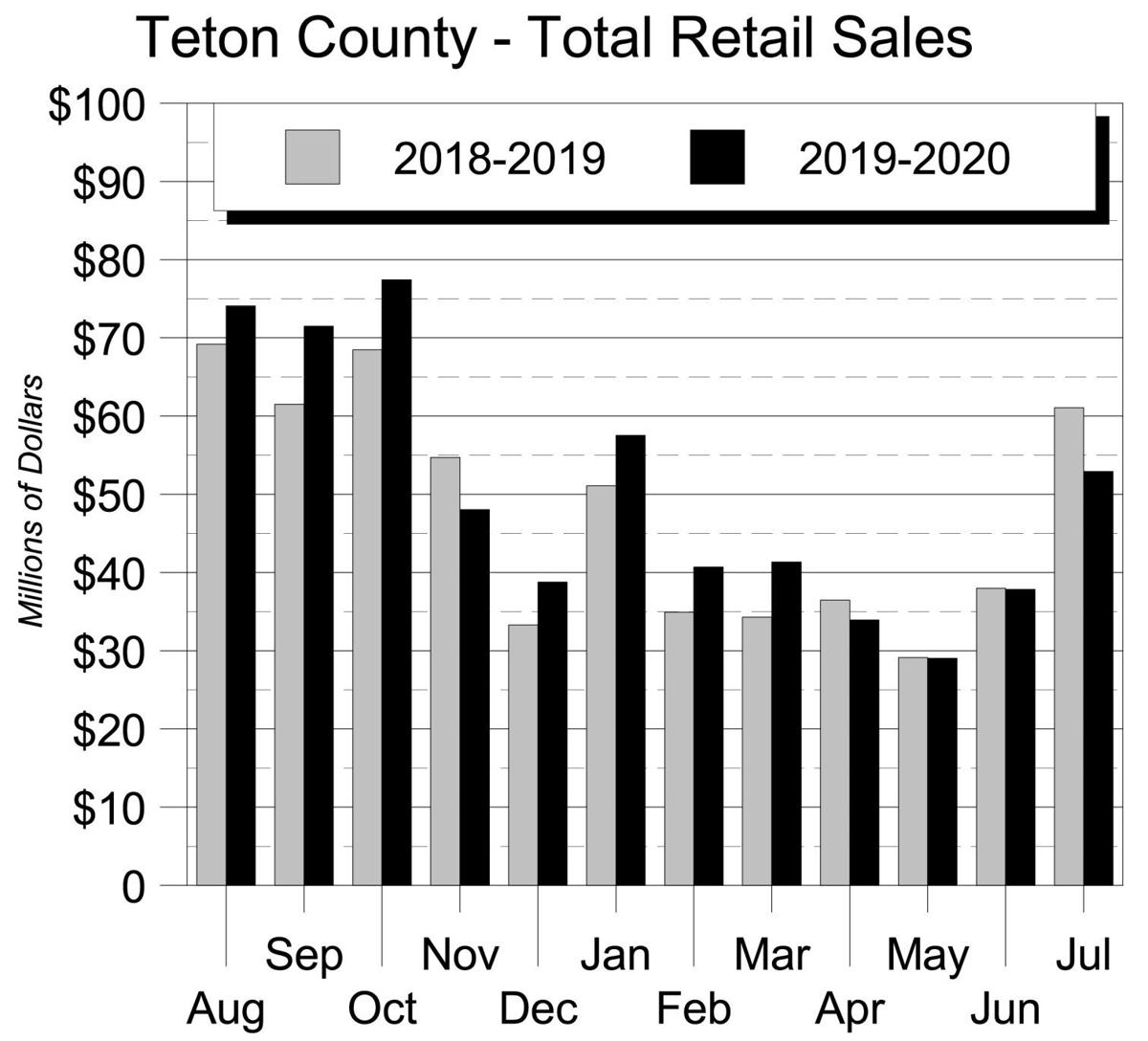 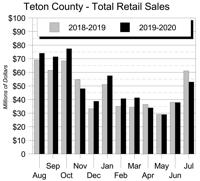 TAXABLE SALES REPORTED TO WYOMING’S Department of Revenue and Taxation in July totaled $120.8 million, a 29% drop over the amount reported in July 2019. A one- to two-month lag separates actual sales and when taxes are reported by the state, so July’s number generally reflects sales in, give or take, June, i.e., the start of both the summer tourism season and the time when the local economy started to emerge from spring’s COVID-19-related shutdown. Monthly figures can vary wildly, so this number should be taken with a grain of salt. That noted, this 29% drop is notably below June’s 21% drop. During the fiscal year ending in July, all of Teton County’s taxable sales totaled $1.554 billion, 1.1 % lower than the previous 12 months and the first time since the COVID-19 outbreak that 12-month totals have fallen below the previous year’s figure.

LOOKING AT LONGER-TERM TAXABLE SALES trends, the graph above shows the 12-month running totals of Teton County’s total taxable sales since July 1998. In the past decade-plus, total taxable sales peaked in the fall of 2008, went into a precipitous decline until summer 2010 and then stayed relatively flat until the fall of 2011. Since early 2013, total sales have been growing steadily: Between July 2013 and last month, total taxable sales grew a total of 53%. With July’s drop, however, the annual rate of growth has gone from 6.5% in March to minus 1.1% in just four months.

RETAIL SALES ARE THE BIGGEST CATEGORY of Teton County’s total taxable sales. Retail sales reported in July totaled $52.9 million, 13% below the figure reported in July 2019. Save for building materials (flat) and sporting goods (up 7%), July’s report showed every other major category of local bricks-and-mortar retail sales to be down for the month. And then there’s the caveat about any one month’s numbers being wildly variable. Retail sales reported during the fiscal year ending in July totaled $603 million. Despite the declines of recent months, that was still a 5.4% increase over the previous 12 months, and the seventh consecutive month in which annual retail sales have broken the $600 million mark.