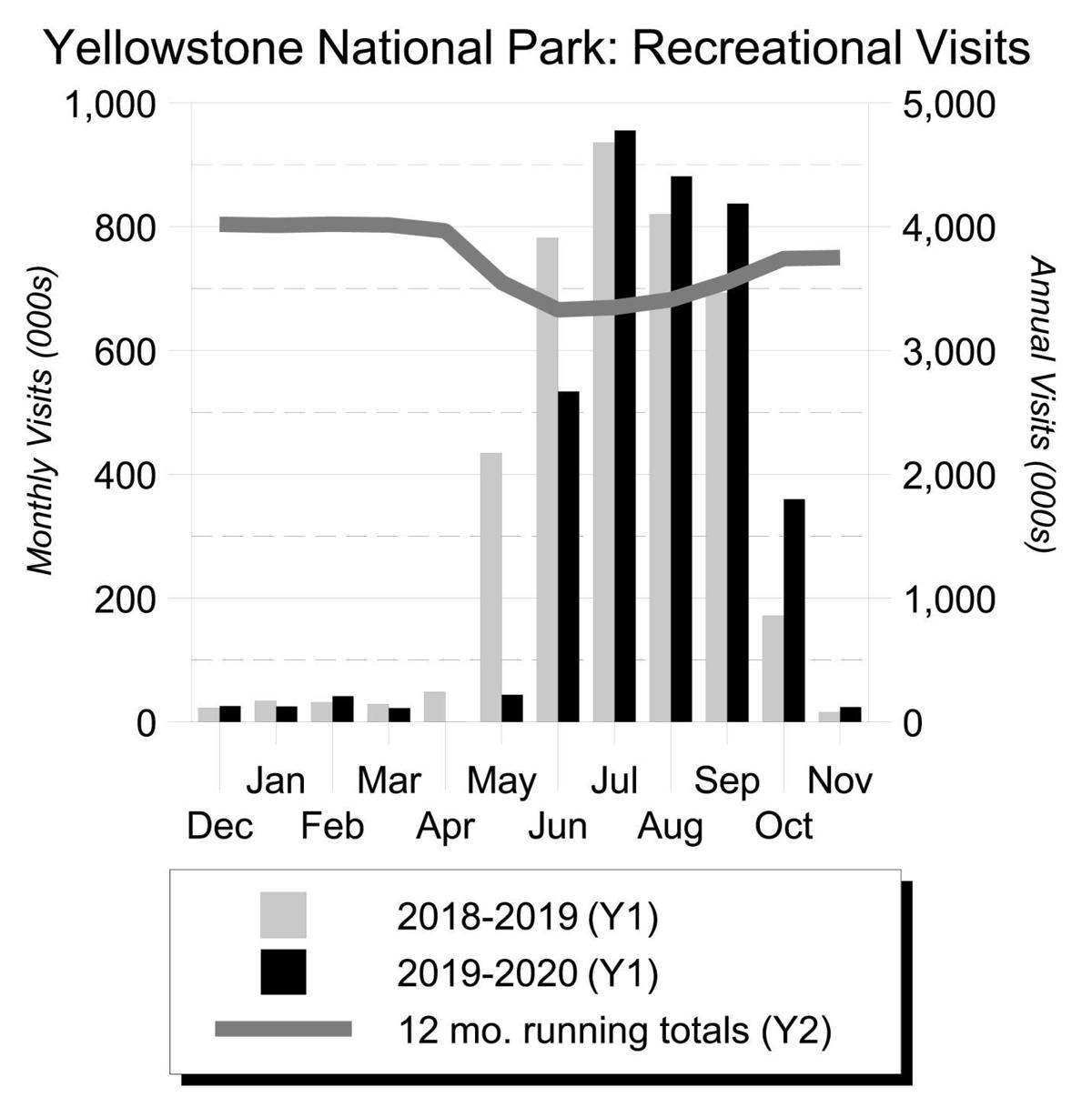 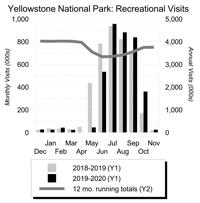 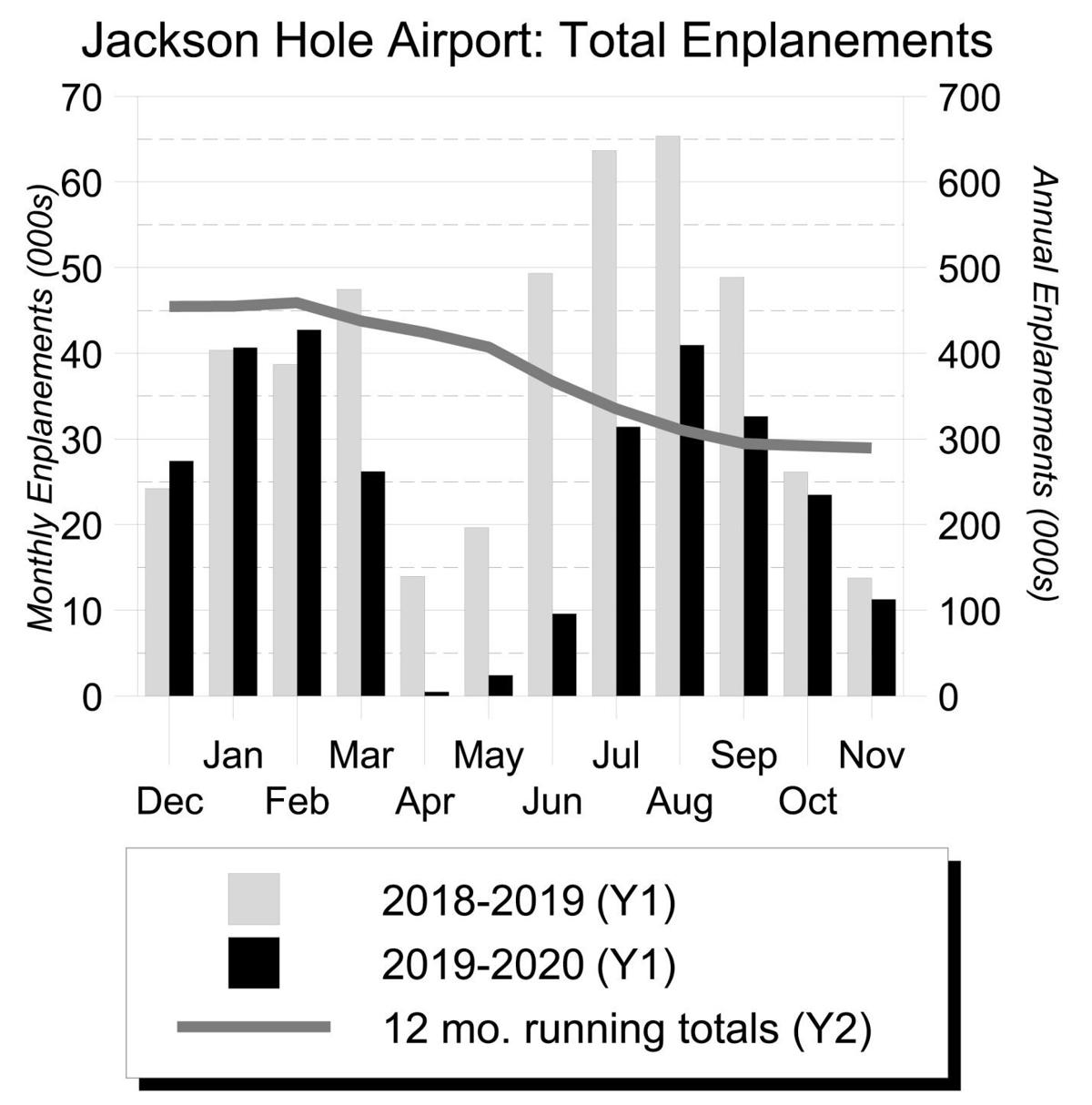 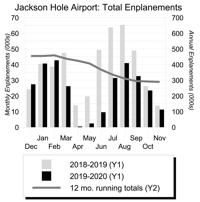 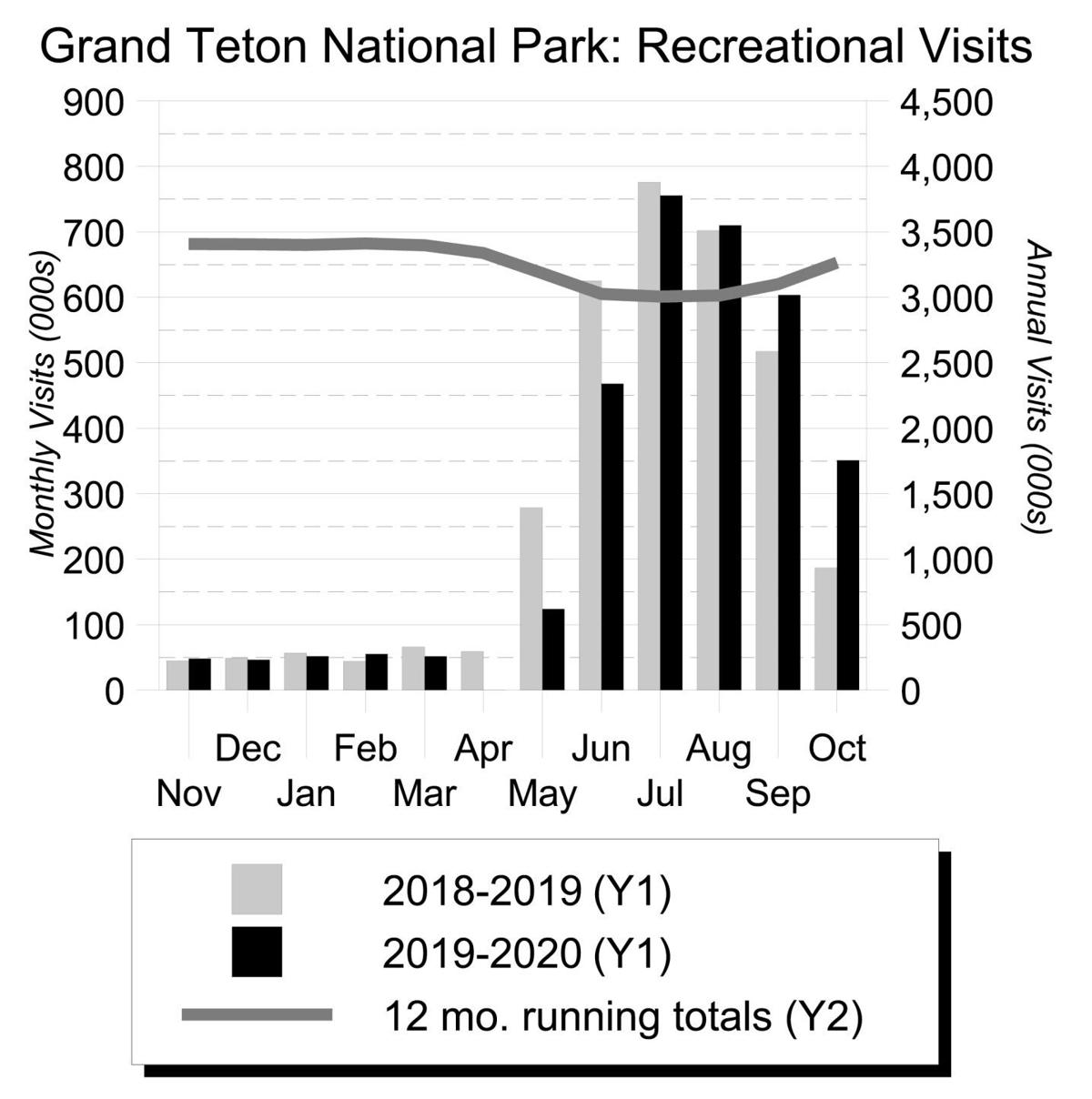 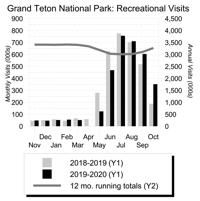 THE NOVEMBER ENPLANEMENT COUNT AT JACKSON HOLE Airport totaled 11,264, down 18% from November 2019. The first few months of COVID-19-related shutdowns wreaked havoc on activity at the airport. While the last three months’ counts are still significantly below 2019’s, the rate of decline has slowed significantly. During the fiscal year ending in November, 289,872 people boarded a commercial flight at Jackson Hole Airport, 39% below the previous fiscal year’s count. For comparison’s sake, that is about the same number who enplaned during the fiscal year ending in November 2013.

THE NOVEMBER RECREATIONAL VISITATION COUNT FOR GRAND Teton National Park was not available at press time. In October the count totaled 351,173, a remarkable 88% more than the number visiting in November 2019. It was hands-down Grand Teton’s busiest October ever, more akin to early summer visitation than the end of autumn. During the fiscal year ending in October, 3,171,171 people paid a recreational visit to Grand Teton, down 4% from the previous fiscal year. As the graph suggests, before COVID-19 hit Grand Teton’s visitation had been relatively flat. After dipping down for a few months, visitation is starting to grow again at explosive rates.

IN NOVEMBER, RECREATIONAL VISITS TO YELLOWSTONE National Park totaled 24,132, 5% more than the count for November 2019. November 2020 was Yellowstone’s second-busiest November ever, just a few hundred below the November 2016 count. During the fiscal year ending in November, 2020, 3,751,649 people paid a recreational visit to Yellowstone, 7% fewer than the number visiting during the previous 12 months. As the graph suggests, due to COVID-19 Yellowstone’s visitation had been declining, but since July that trend has reversed.