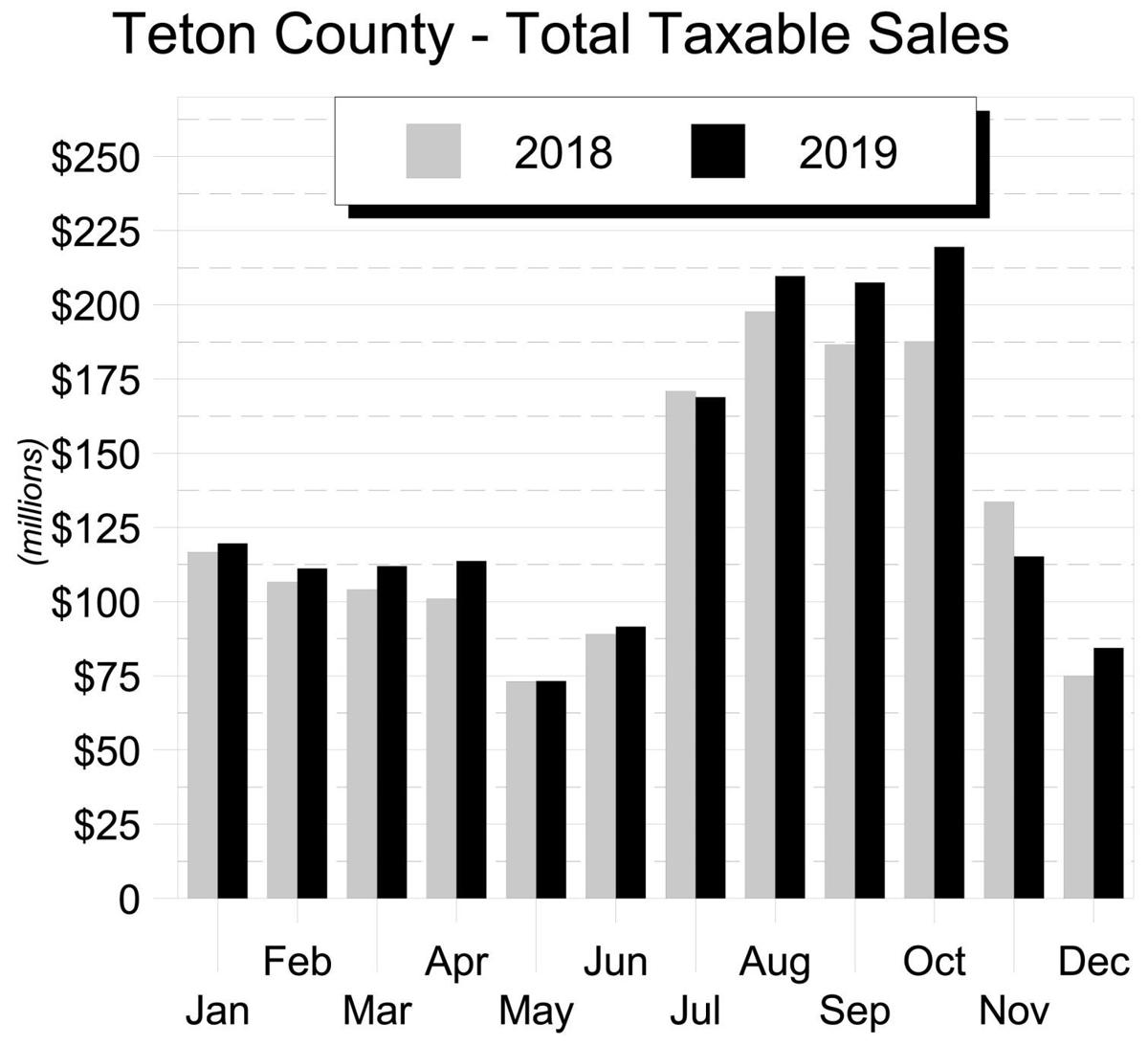 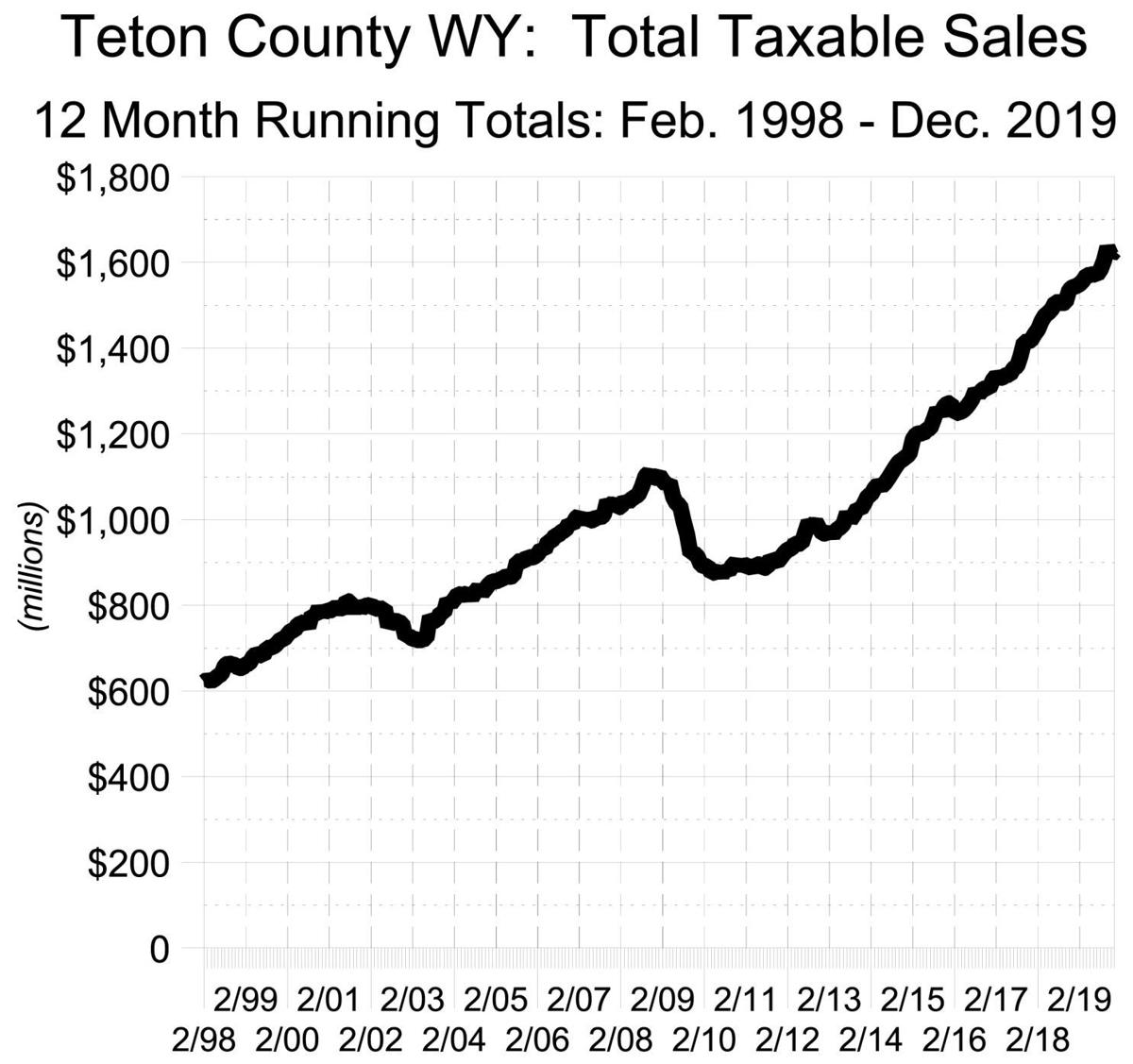 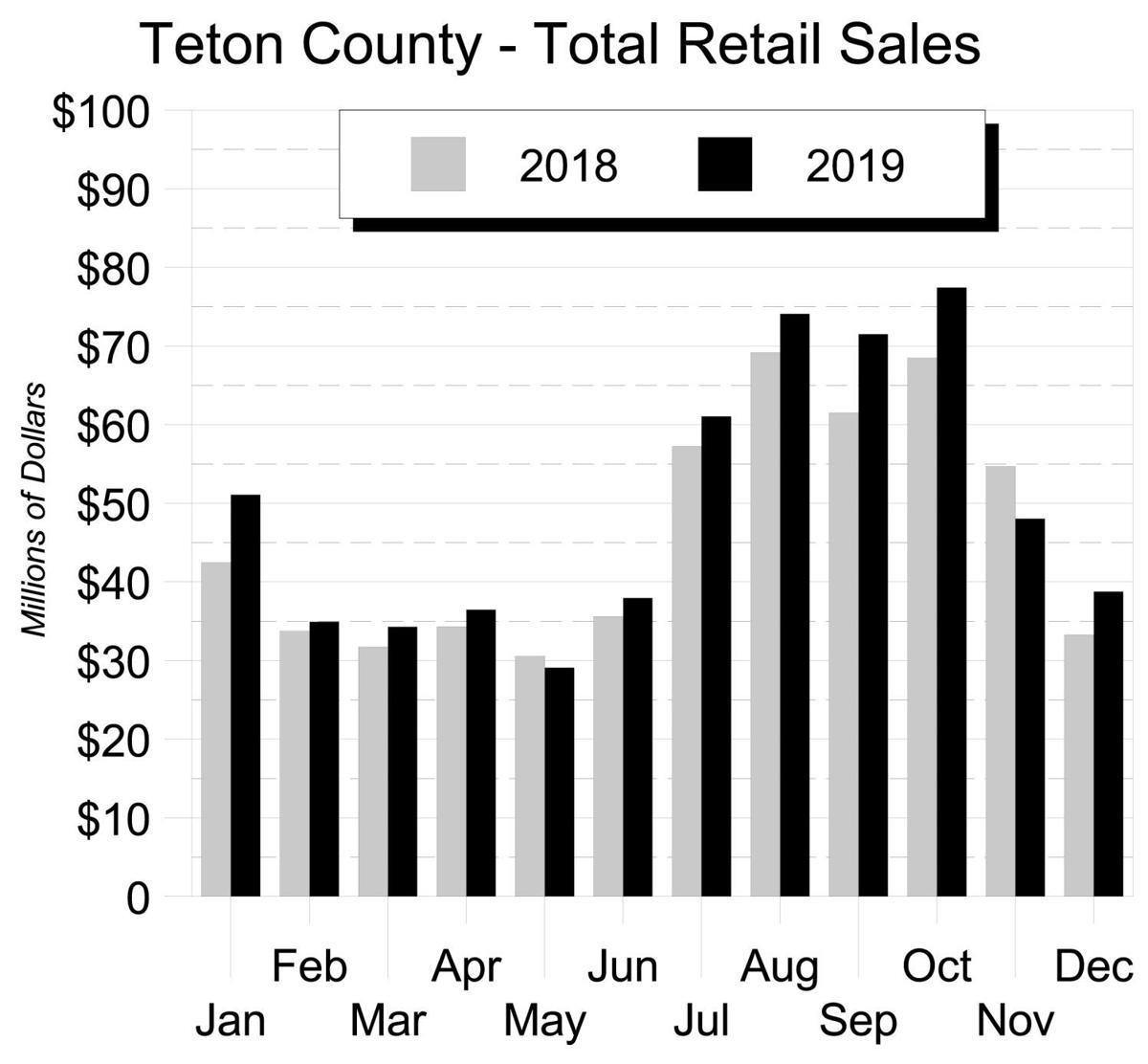 TAXABLE SALES REPORTED TO WYOMING’S Department of Revenue and Taxation in December totaled $84.4 million, a 13% increase over the amount reported in December 2018. A one- to two-month lag separates actual sales and when taxes are reported by the state, so December’s number generally reflects sales in, give or take, November, i.e., the autumnal shoulder season. During the fiscal year ending in December all of Teton County’s taxable sales totaled $1.626 billion, 5.5% higher than during the previous 12 months.