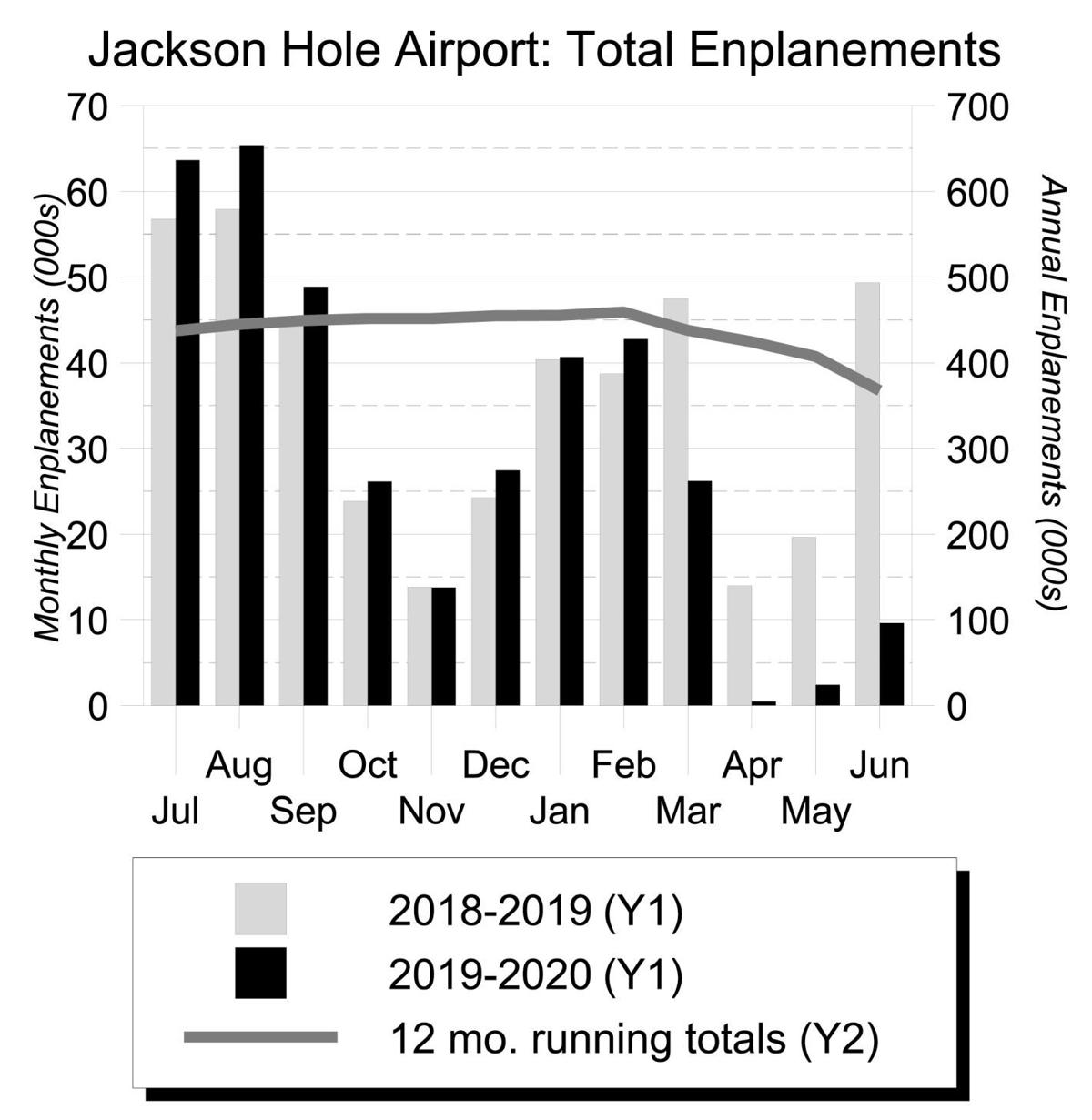 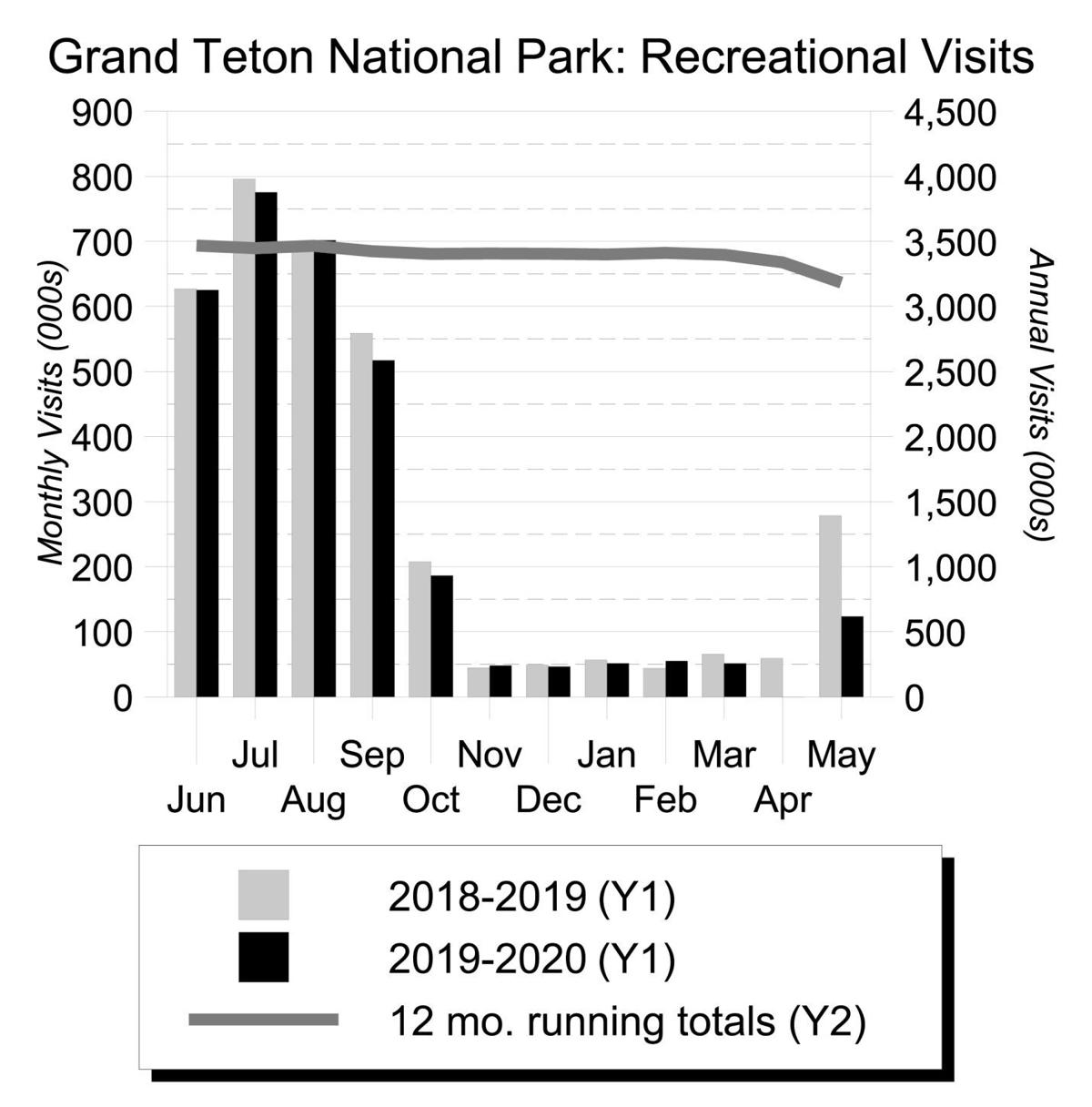 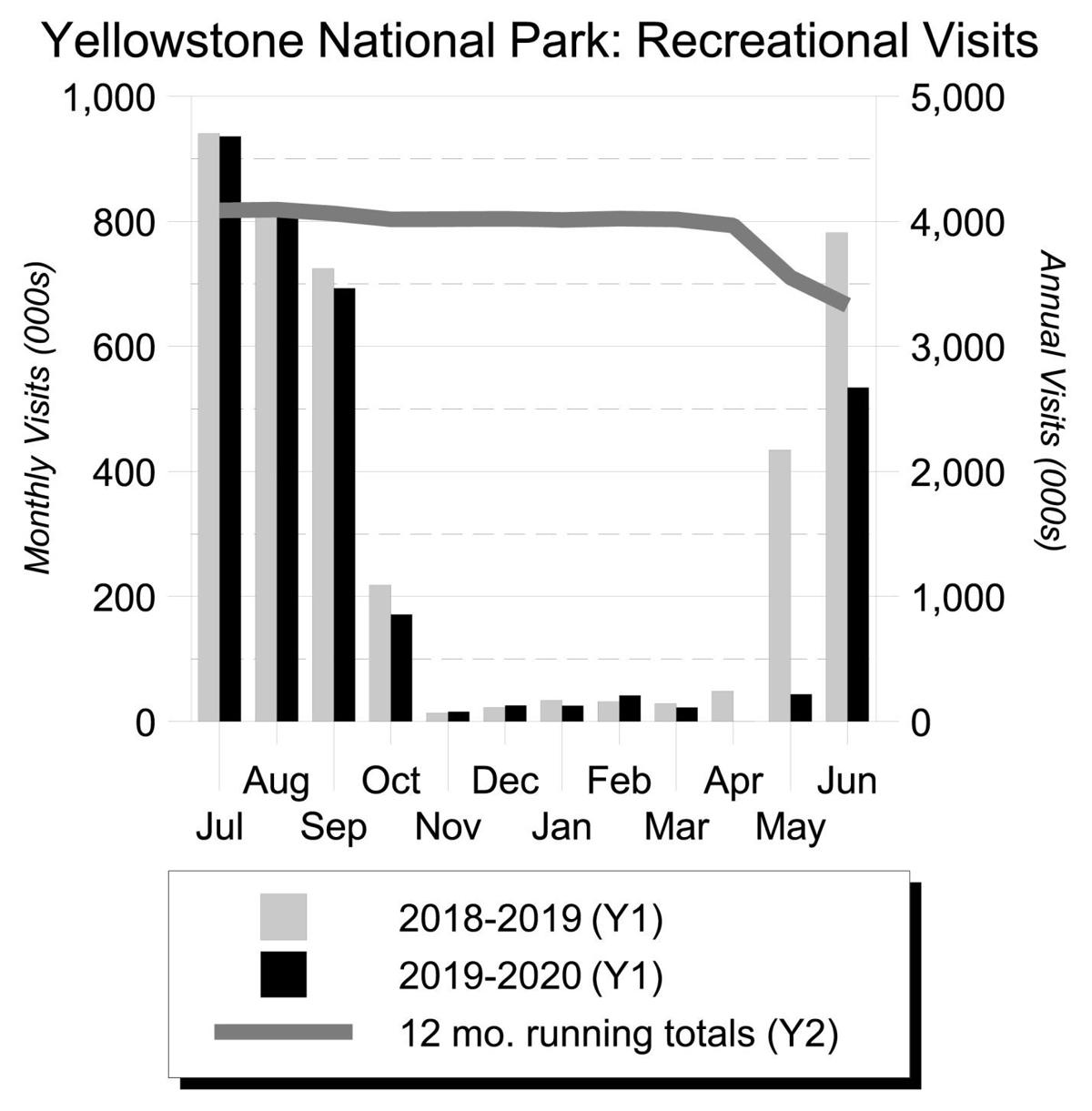 THE JUNE ENPLANEMENT COUNT at Jackson Hole Airport totaled 9,601, down 88% from June 2019. COVID-19-related shutdowns have wreaked havoc on activity at the airport. March’s enplanement count was down 45%; April’s was down 97%; and May’s was down 88%, a three-month combined decline of 64%. During the fiscal year ending in June, 367,351 people boarded a commercial flight at Jackson Hole Airport. Because April and June are two of the airport’s slower months each year, the overall total decline through the end of June was only 15%.

IN JUNE, RECREATIONAL VISITS TO Yellowstone National Park totaled 534,155, a 32% drop from June 2019. During the fiscal year ending in June, 3,328,949 people paid a recreational visit to Yellowstone, 18.6% fewer than the number visiting during the previous 12 months. As the graph suggests, Yellowstone’s visitation has been declining over the past few years, and June 2020’s figure represents a 21.8% decline from the park’s all-time peak fiscal year visitation total, reached in November 2016.

THE JUNE RECREATIONAL VISITATION count for Grand Teton National Park was not available by press time. In May, Grand Teton recreational visits totaled 123,752, down 56% from May 2019. During the fiscal year ending in May, 3,183,620 people paid a recreational visit to Grand Teton. As with the airport, because March and April are among the park’s slower months, the steep declines in the last two months — 100% in April and 56% in June — have resulted in an annual visitation drop of only 8.3%. As the graph suggests, even without COVID-19 Grand Teton’s visitation has been declining over the past year, and June 2020’s figure represents an 8.8% decline from the park’s all-time peak fiscal year visitation total, reached in March 2019.