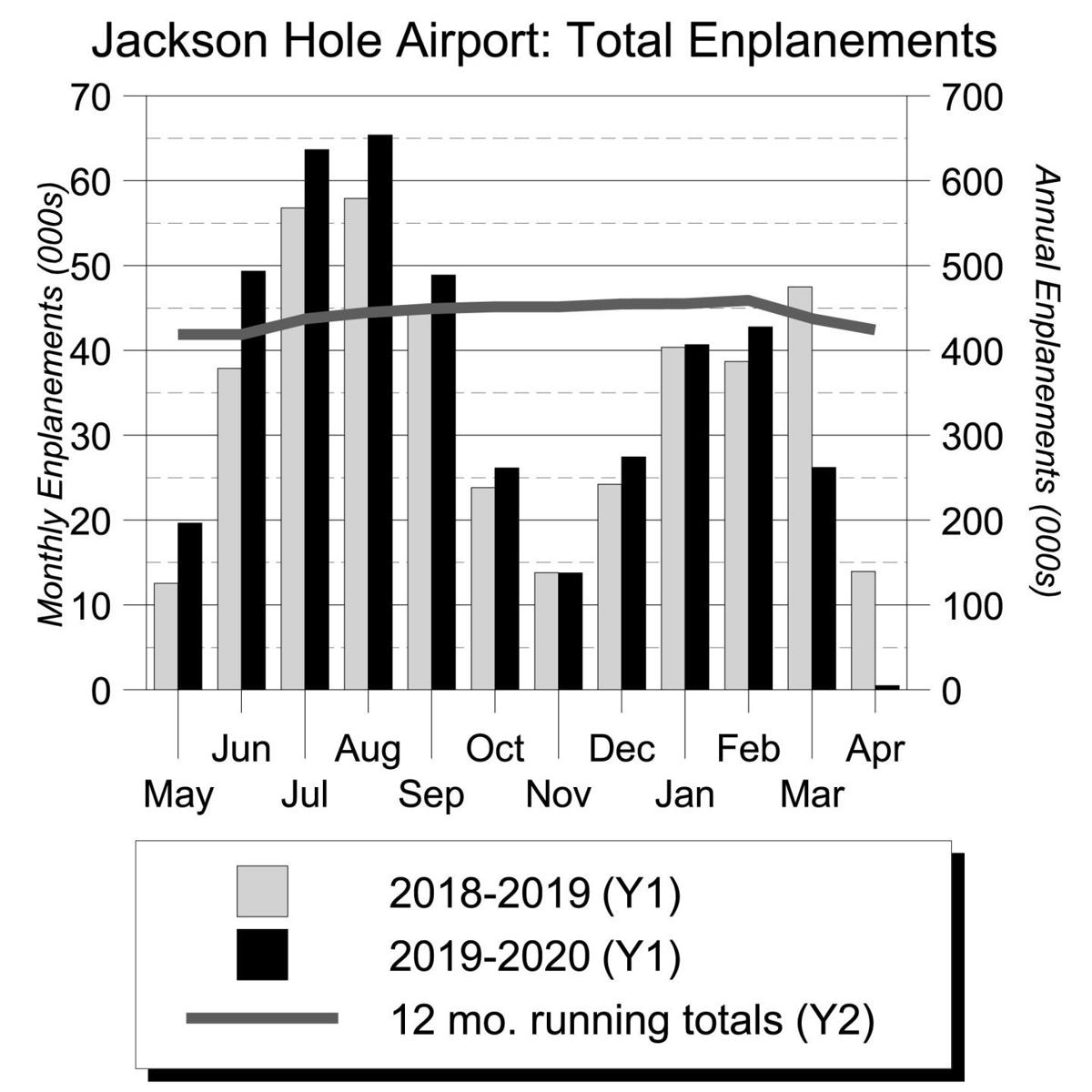 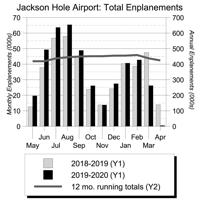 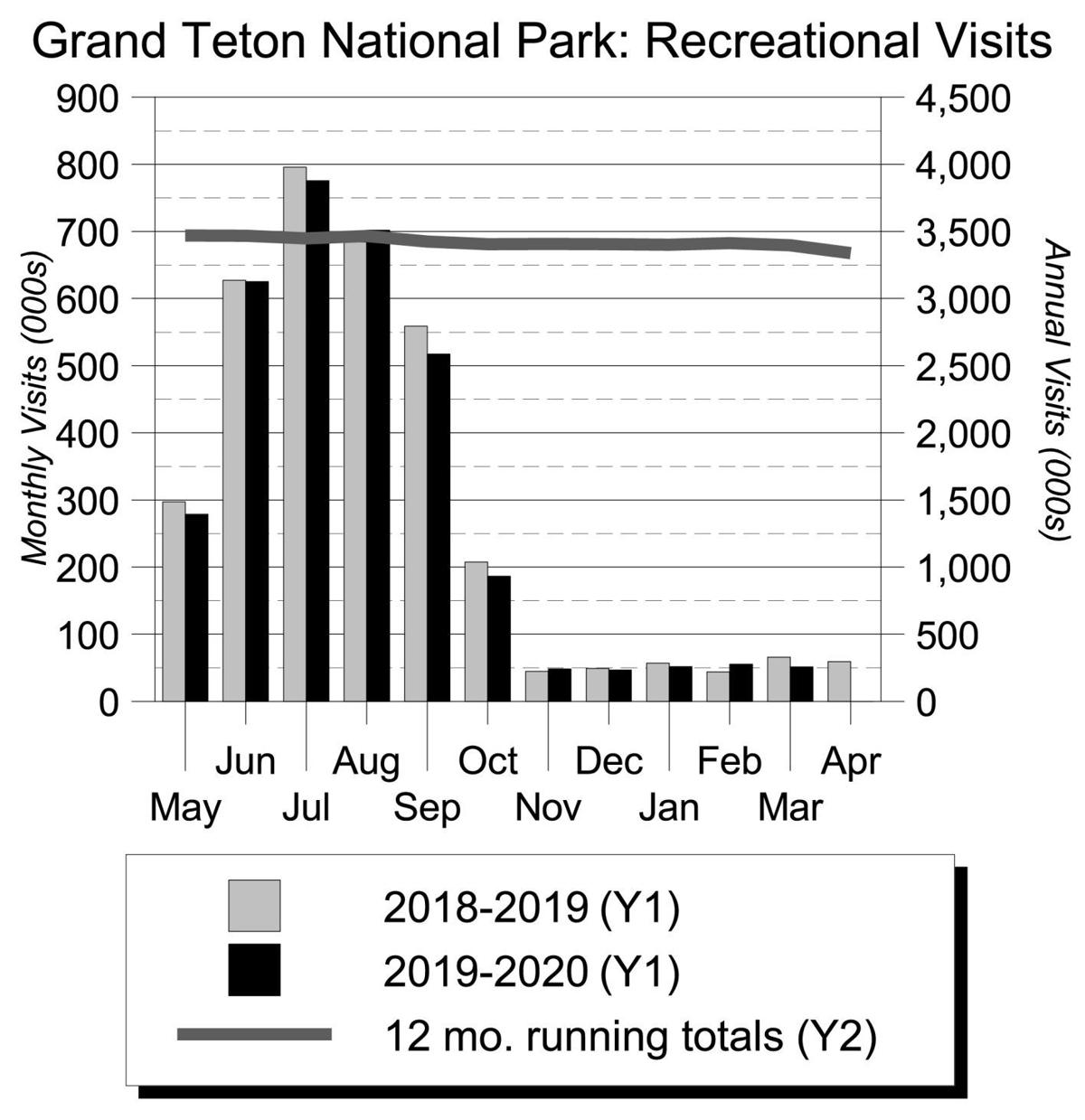 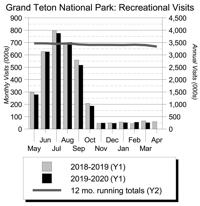 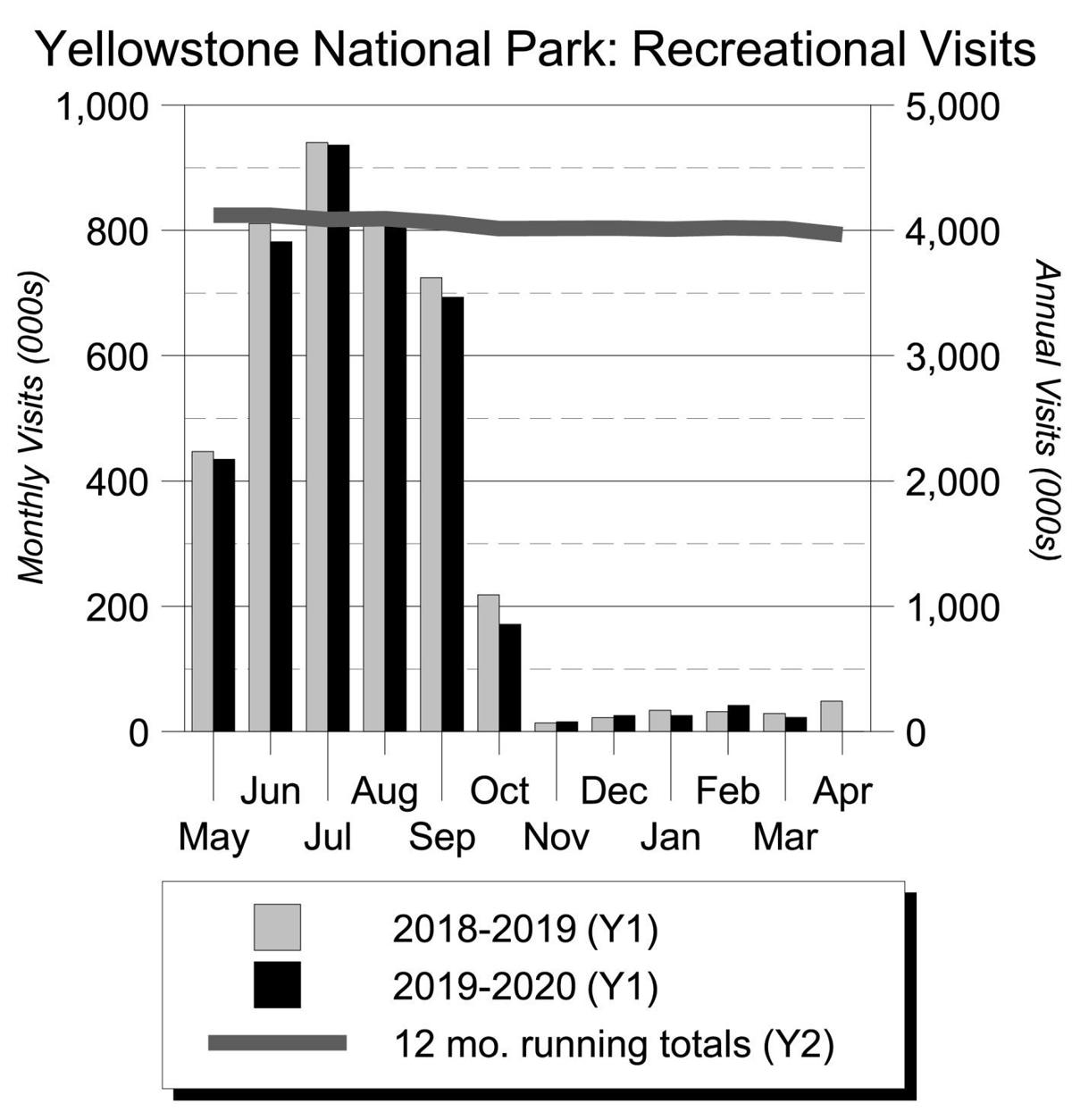 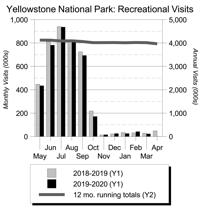 THE APRIL ENPLANEMENT COUNT AT Jackson Hole Airport totaled 481, a 97% decline from April 2019. That was, of course, due to the effects of COVID-19. The two glimmers of a silver lining were that April runs neck and neck with November as the airport’s slowest month of the year and that 481 was an infinitely larger percentage of customers than patronized either Grand Teton or Yellowstone national parks last month. During the fiscal year ending in April, 424,293 people boarded a commercial flight at Jackson Hole Airport. The fact that this was 3% more than the number who enplaned during the previous 12 months is a testimony to the robust business the airport enjoyed pre-COVID.

THERE WERE NO RECREATIONAL VISITS to Grand Teton National Park last month. In April 2019 the figure was 59,105. During the fiscal year ending in April, 3,338,397 people paid a recreational visit to Teton park, 4.5% fewer than the number who visited during the previous 12 months. As with the airport, April is traditionally one of the park’s lower-visitation months.