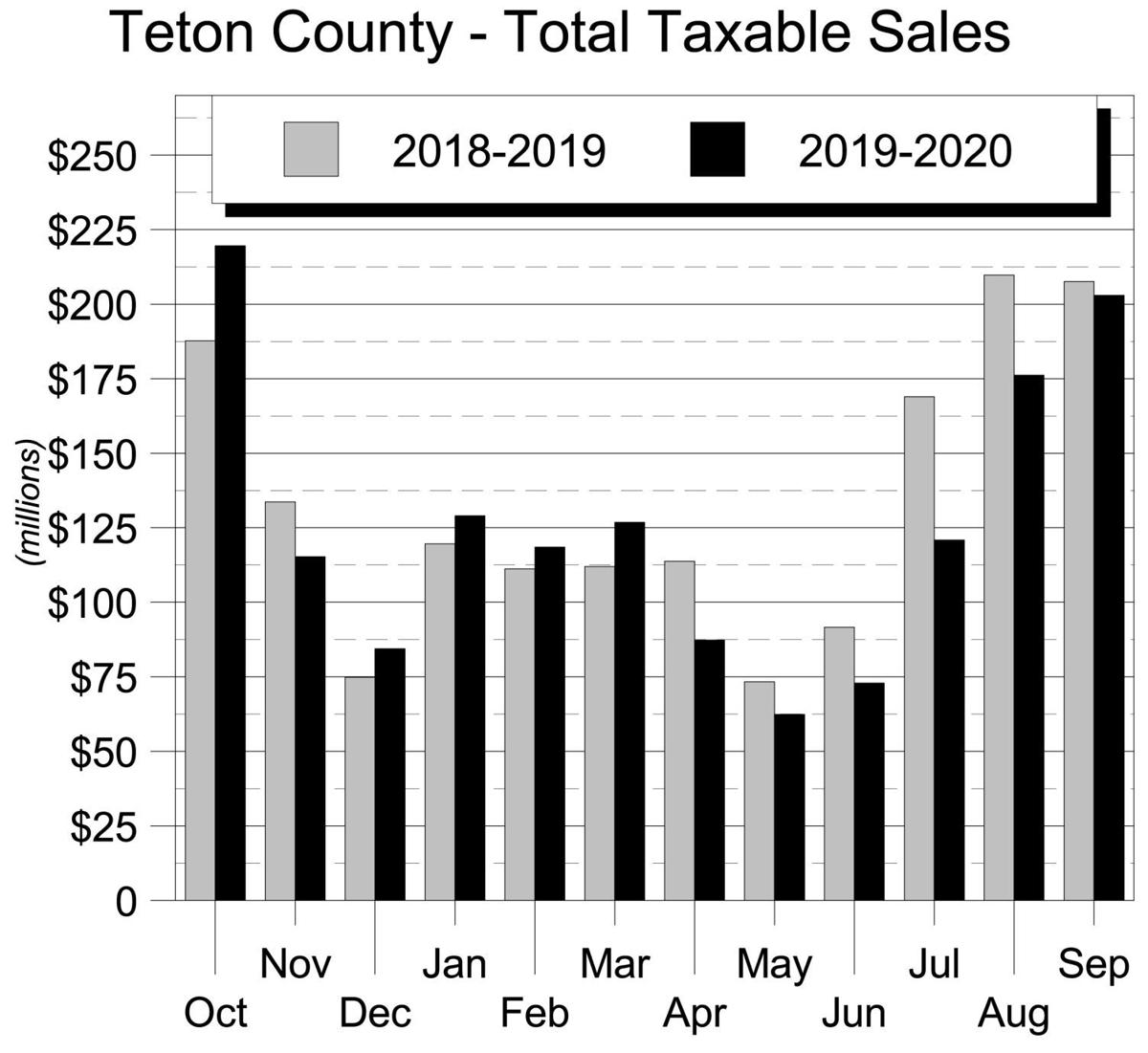 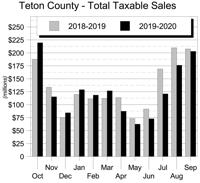 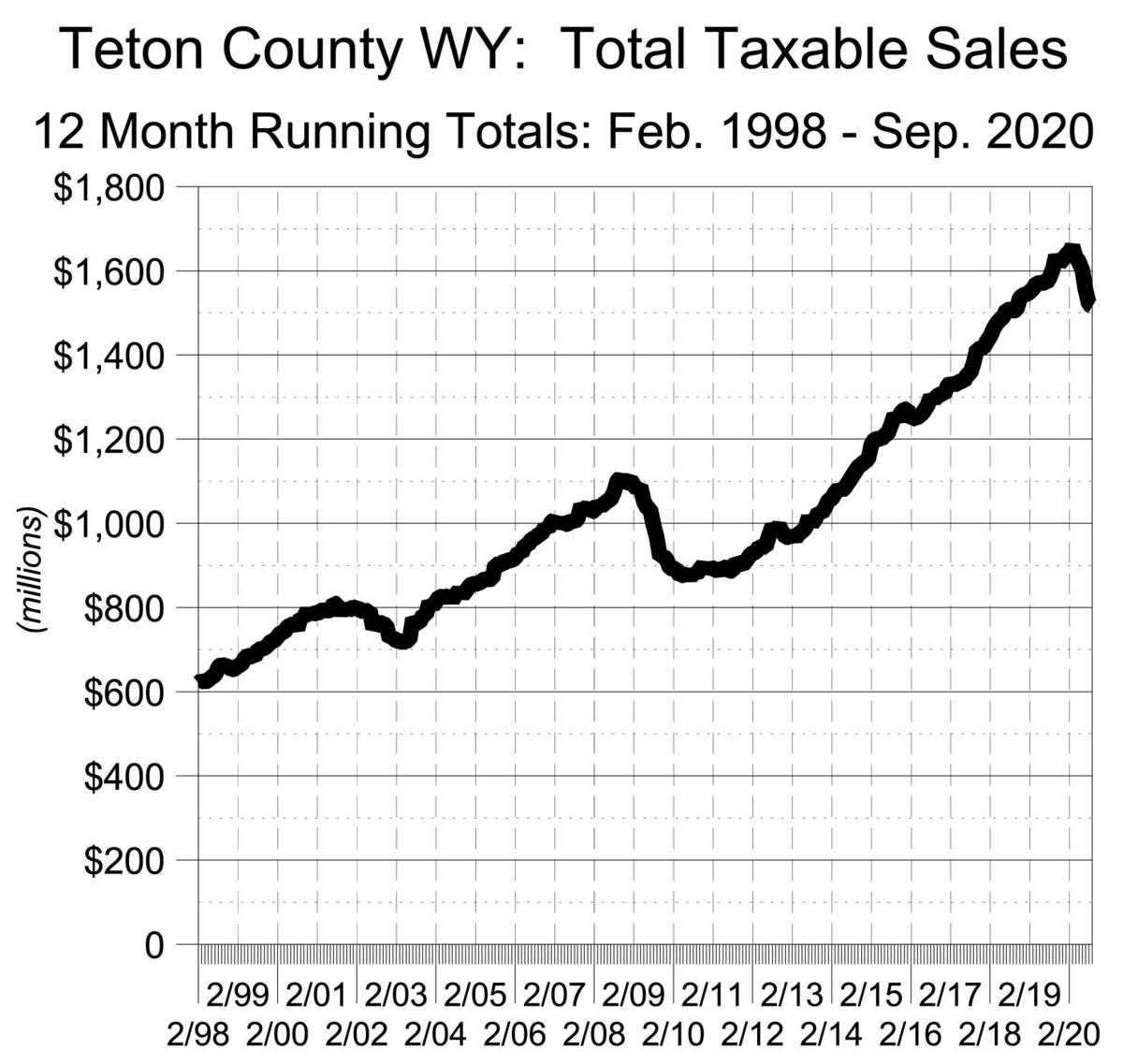 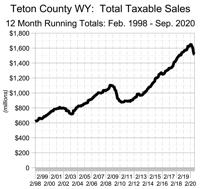 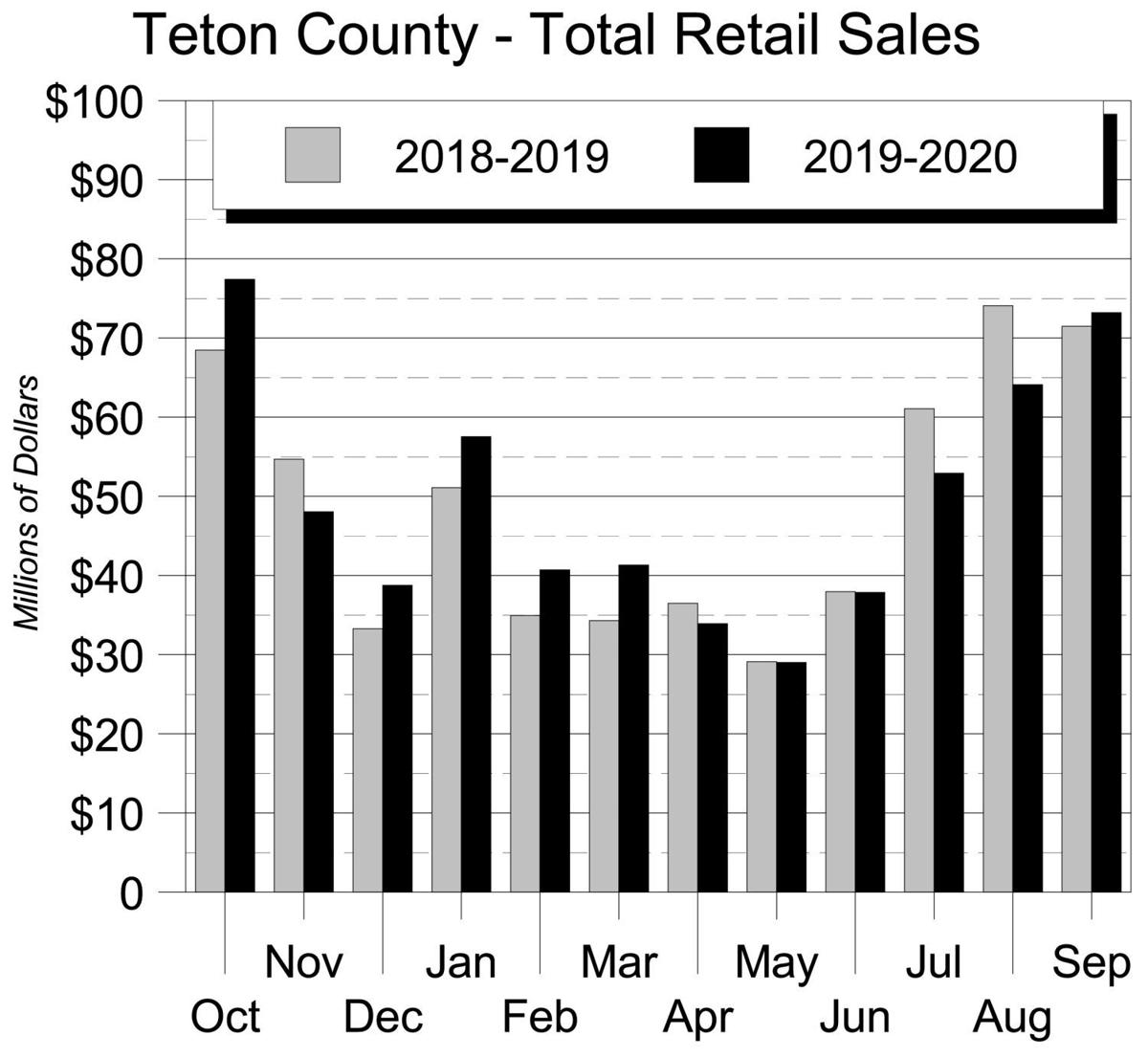 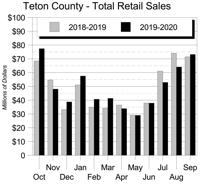 TAXABLE SALES REPORTED TO WYOMING’S DEPARTMENT of Revenue and Taxation in September totaled $202.9 million, a 2% drop over the amount reported in September 2019. A one- to two-month lag separates actual sales and when taxes are reported by the state, so September’s number generally reflects sales in, give or take, July, i.e., the heart of the summer tourism season and the time when the local economy really emerged from spring’s COVID-19-related shutdown. Monthly figures can vary wildly, so this number should be taken with a grain of salt. That noted, this 2% drop is the best monthly performance since May’s 15% drop. During the fiscal year ending in September, all of Teton County’s taxable sales totaled $1.516 billion, 5.5% lower than during the previous 12 months.

RETAIL SALES ARE THE BIGGEST CATEGORY OF TETON County’s total taxable sales. Retail sales reported in September totaled $73.2 million, up 2.4% from September 2019. Food, liquor, and home improvement-related sales did exceptionally well during the month. But don’t forget the caveat about any one month’s numbers being wildly variable. Retail sales reported during the fiscal year ending in September totaled $594 million. Despite the declines of recent months, this was still a 1.4% increase over the previous 12 months. But September was the second consecutive month this year when annual retail sales dipped below $600 million.