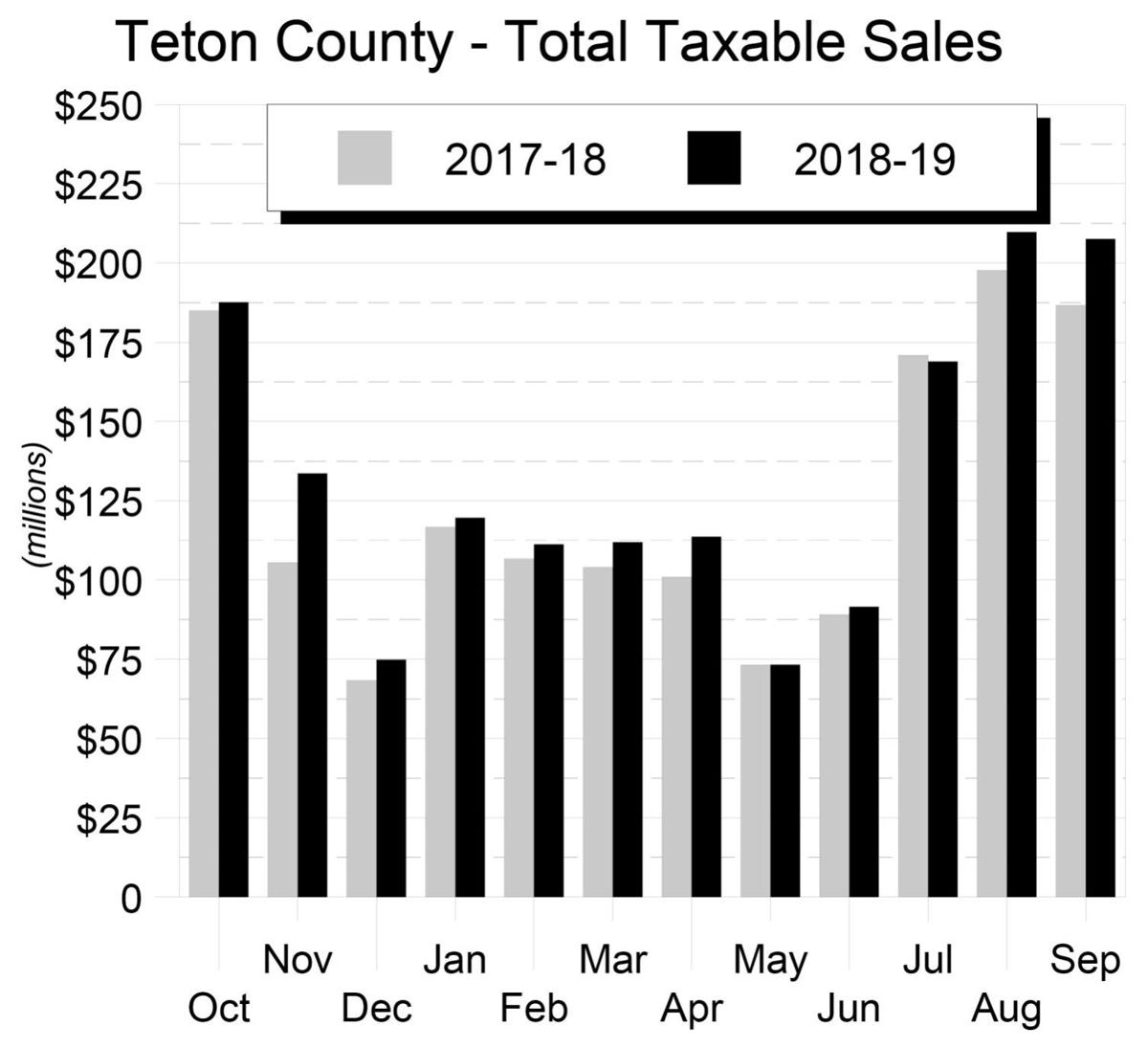 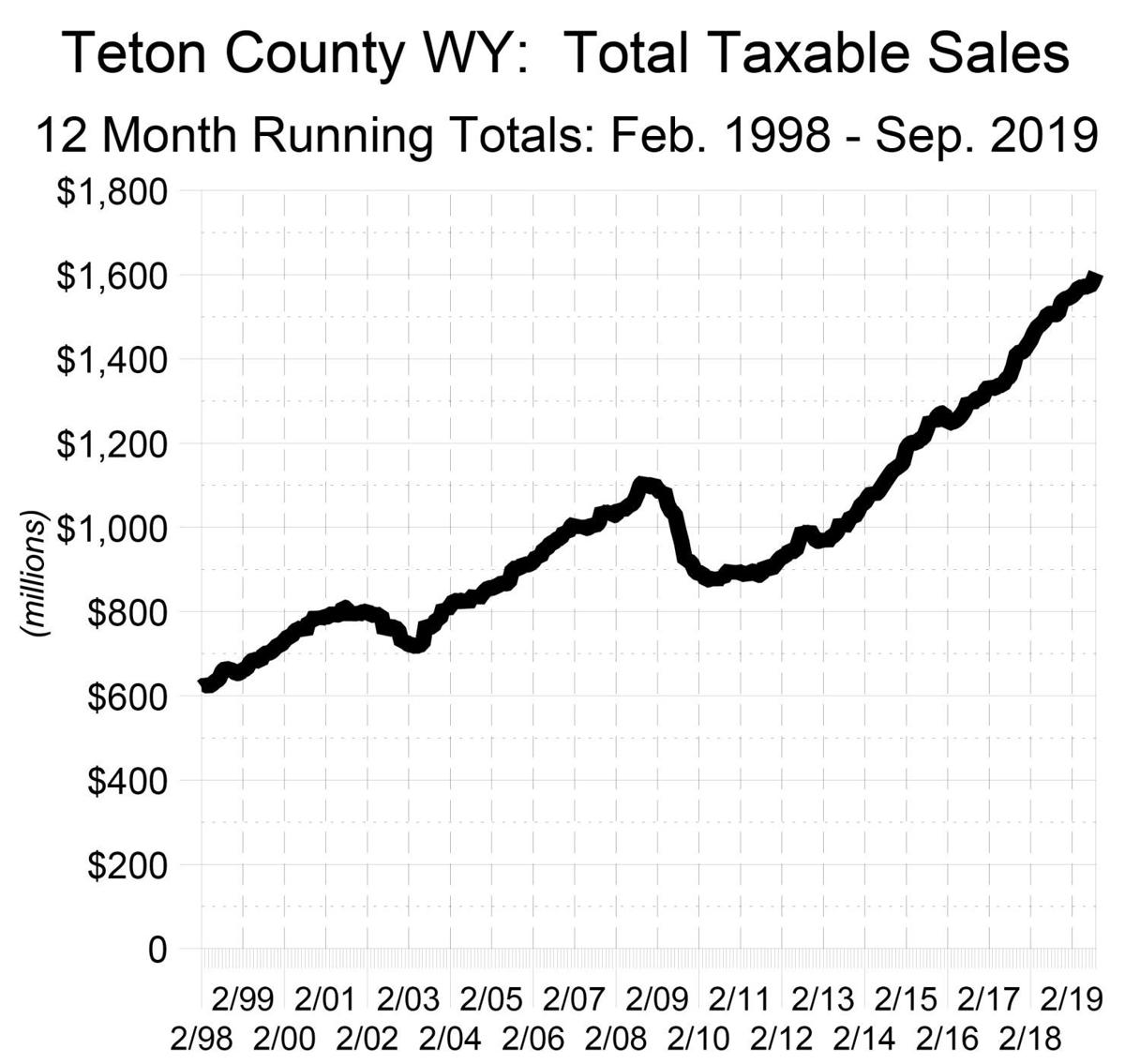 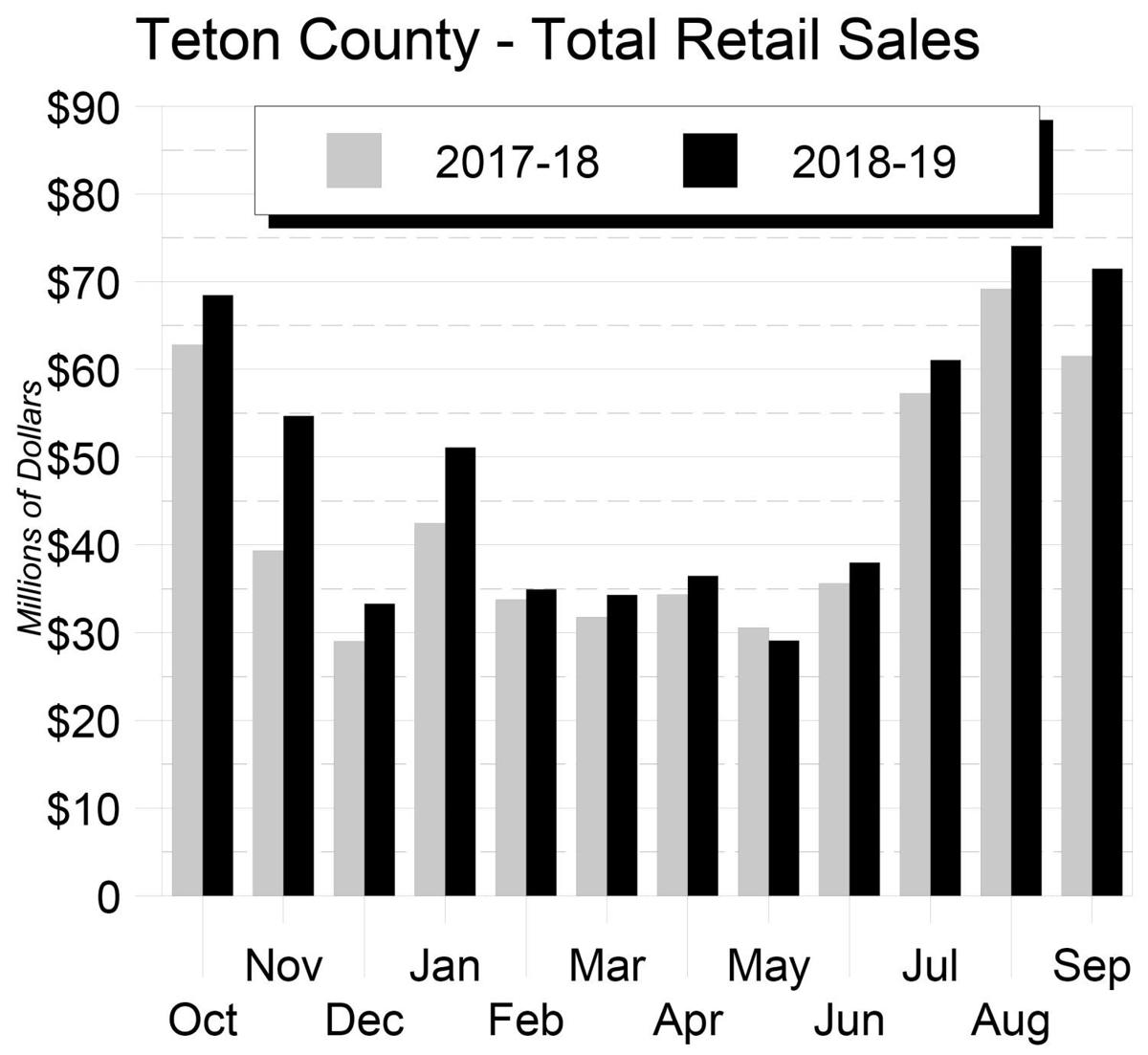 TAXABLE SALES REPORTED TO WYOMING’S Department of Revenue and Taxation in September totaled $207.6 million, an 11.2% increase over the amount reported in September 2018. A one- to two-month lag separates actual sales and when taxes are reported by the state, so September’s number generally reflects sales in, give or take, August and is historically the second-strongest sales-reporting month of the year. During the fiscal year ending in September, all of Teton County’s taxable sales totaled $1.60 billion, 6.6% higher than during the previous 12 months.