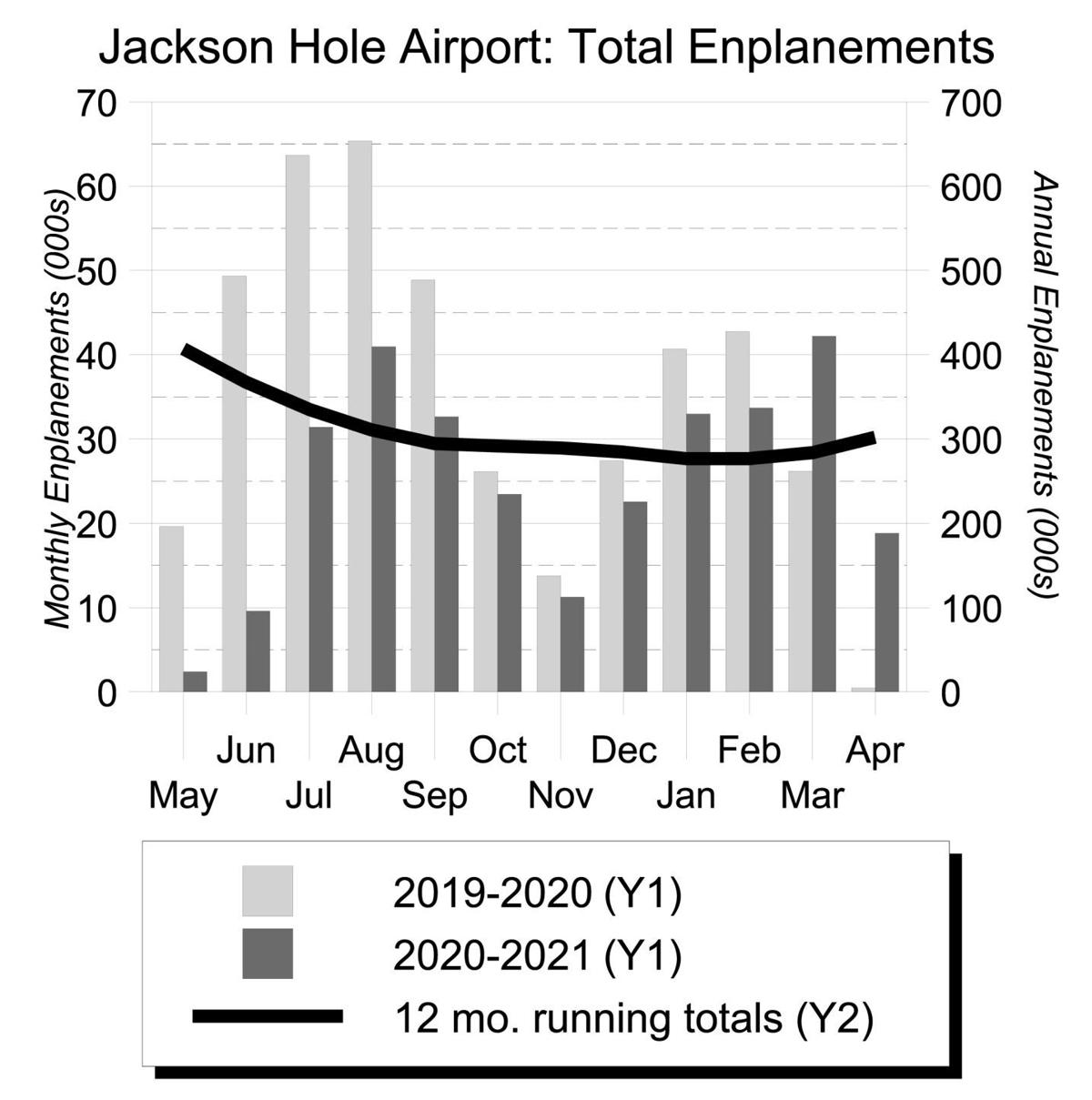 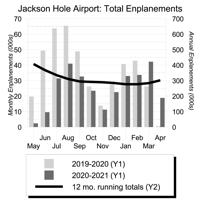 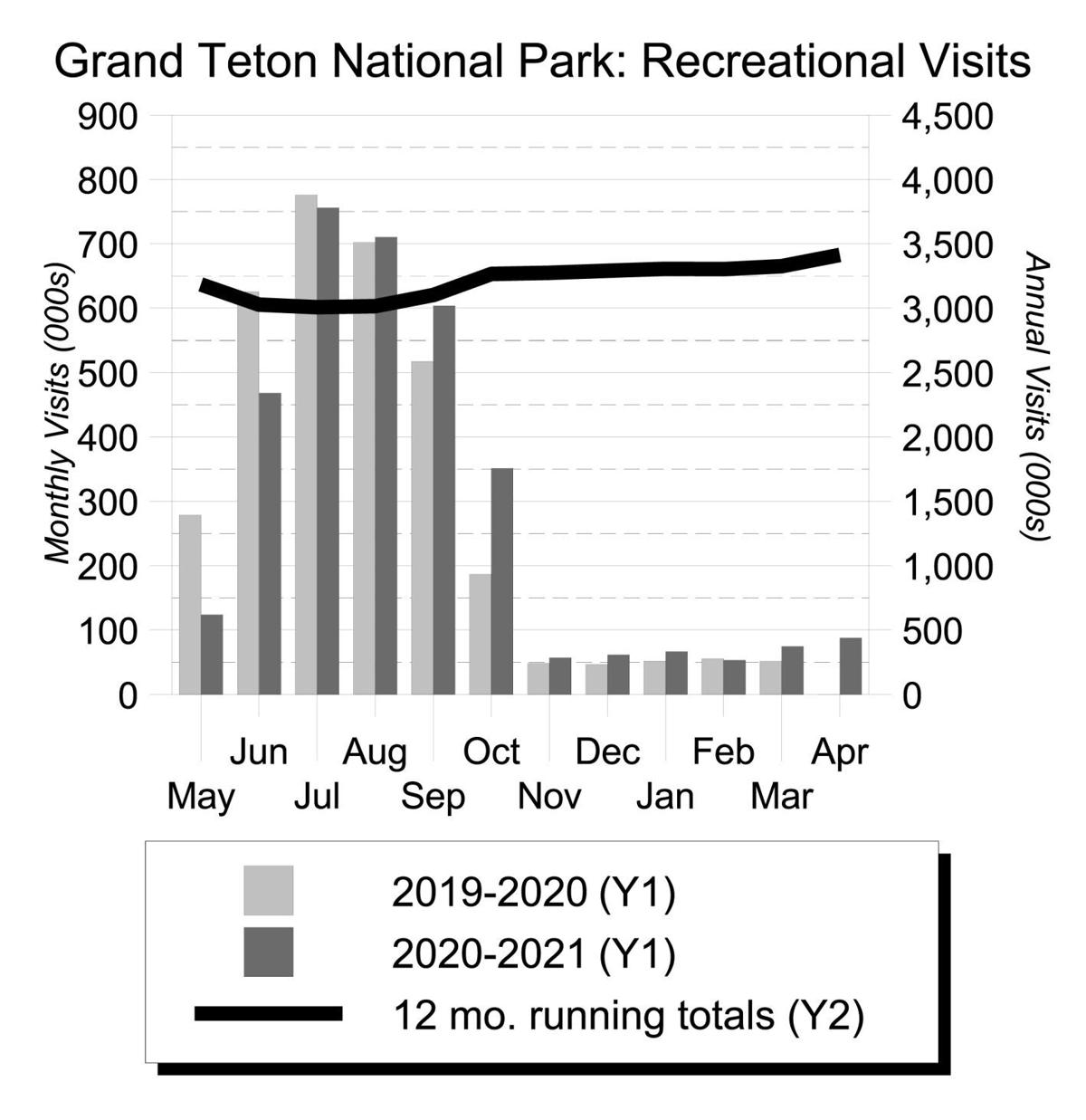 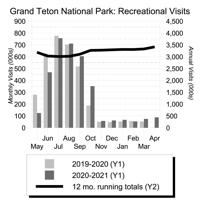 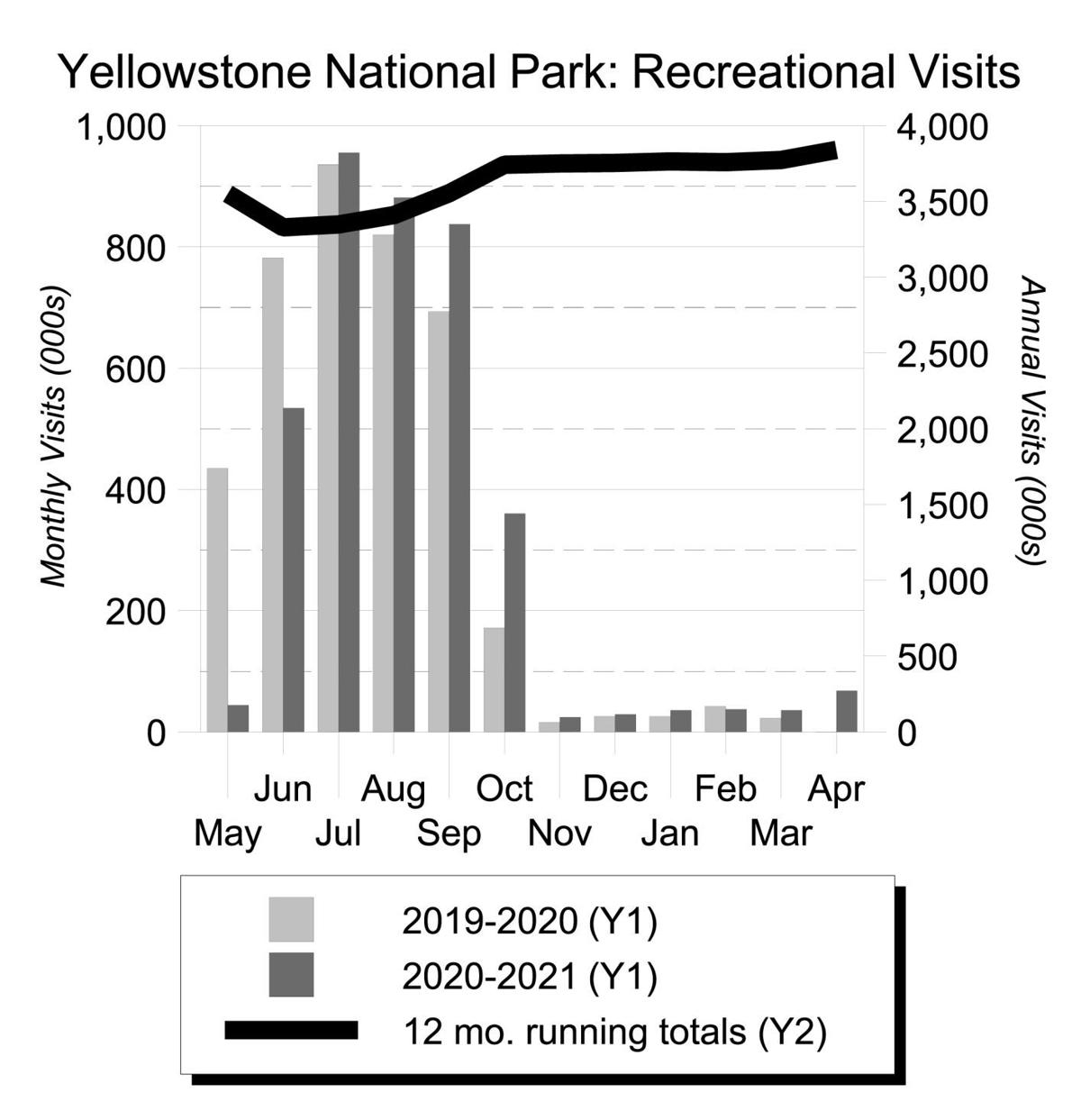 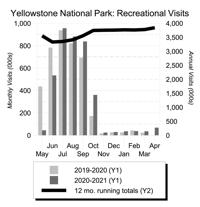 THE APRIL ENPLANEMENT COUNT AT Jackson Hole Airport totaled 18,834, 3,616% more than the 481 people who enplaned in April 2020. As of last month, we have reached a turning point in pandemic-era data. March 2020 was the month in which COVID-19 first started affecting Jackson Hole, so tourism and other economic data took a plunge starting midmonth. As a result, March was the first month in which Jackson Hole Airport started to see major pandemic-related declines. March 2021 showed the reversal of those numbers, one that continued in April. During the 12 months ending in April, 302,058 people boarded a commercial flight at Jackson Hole Airport, 29% below the previous fiscal year’s count. For comparison’s sake, that is about the same number who enplaned during 2013.

THE APRIL RECREATIONAL visitation count for Grand Teton National Park totaled 87,739, an infinitely higher number than the zero people visiting in April 2020. This was handily Grand Teton’s busiest-ever April visitation total. During the 12 months ending in April, 3,413,512 people paid a recreational visit to Grand Teton, 2% more than the number visiting during the previous fiscal year. As the graph suggests, before COVID-19 hit, Grand Teton’s visitation had been relatively flat. After dipping down for a few months, visitation shot up again starting in the autumn.

IN APRIL, RECREATIONAL VISITS to Yellowstone National Park totaled 67,506, infinitely more than the zero people visiting in April 2020. As with Grand Teton, April 2021 was easily Yellowstone’s busiest April in history. During the 12 months ending in April, 3,840,771 people paid a recreational visit to Yellowstone, 3.2% fewer than the number visiting during the previous fiscal year. As the graph suggests, when the COVID-19 pandemic hit, Yellowstone’s visitation took a sharp drop, but since July that trend has reversed.

Jennifer Dorsey is chief copy editor for the News&Guide and one of the editors for local articles printed in the Jackson Hole Daily.