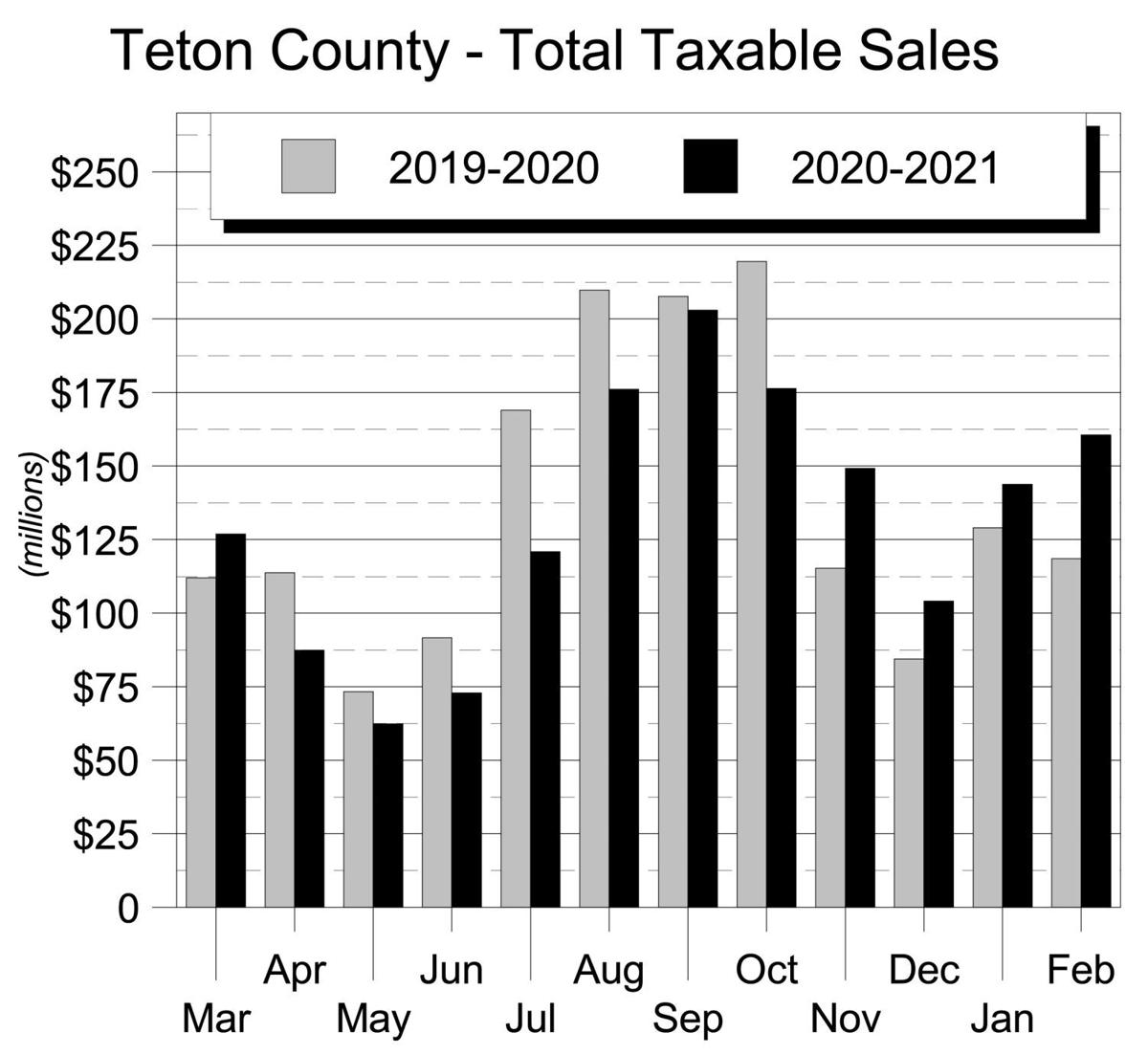 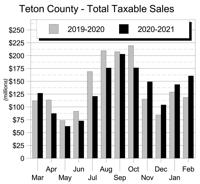 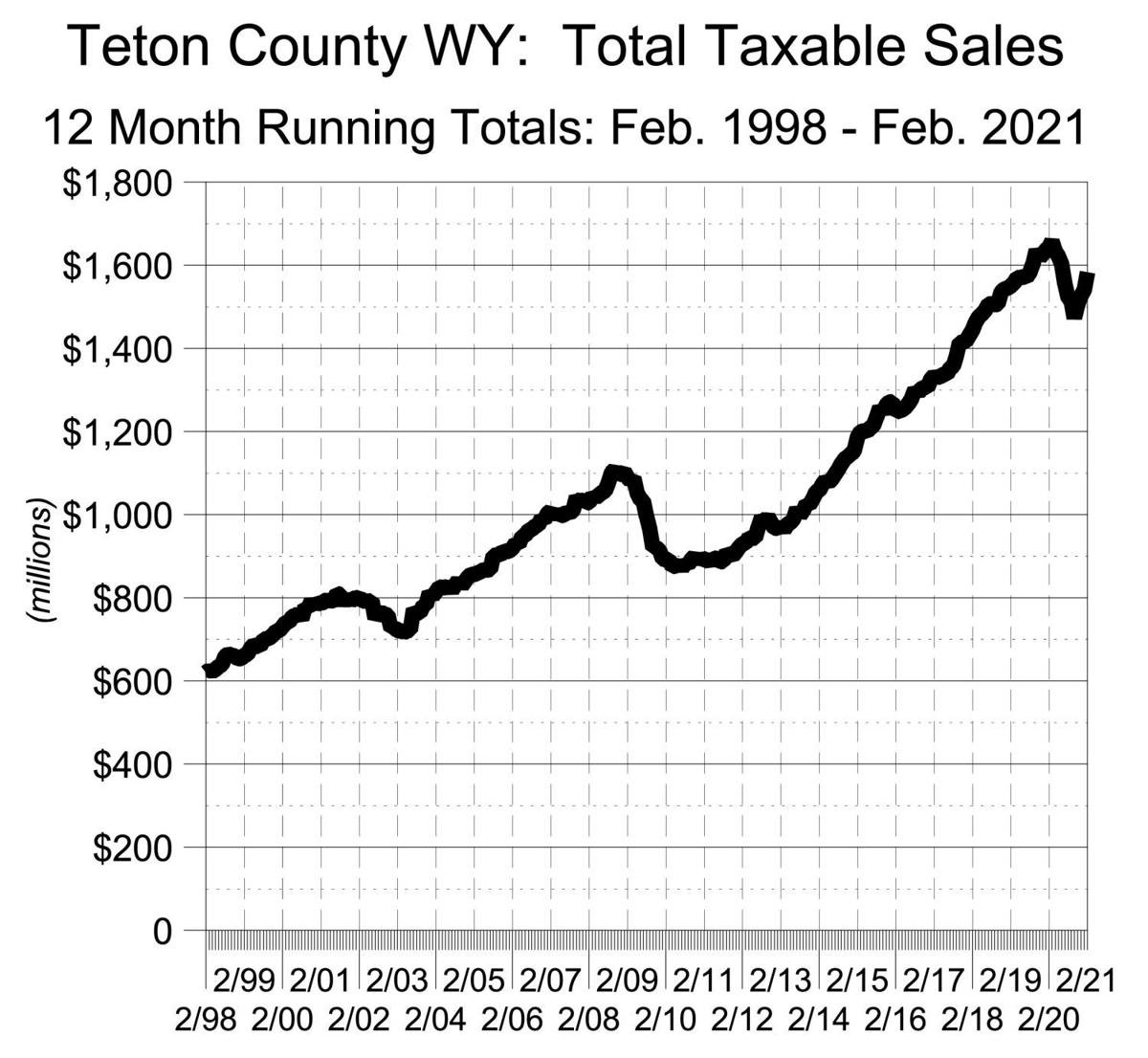 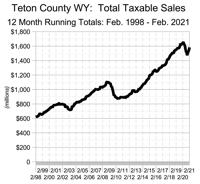 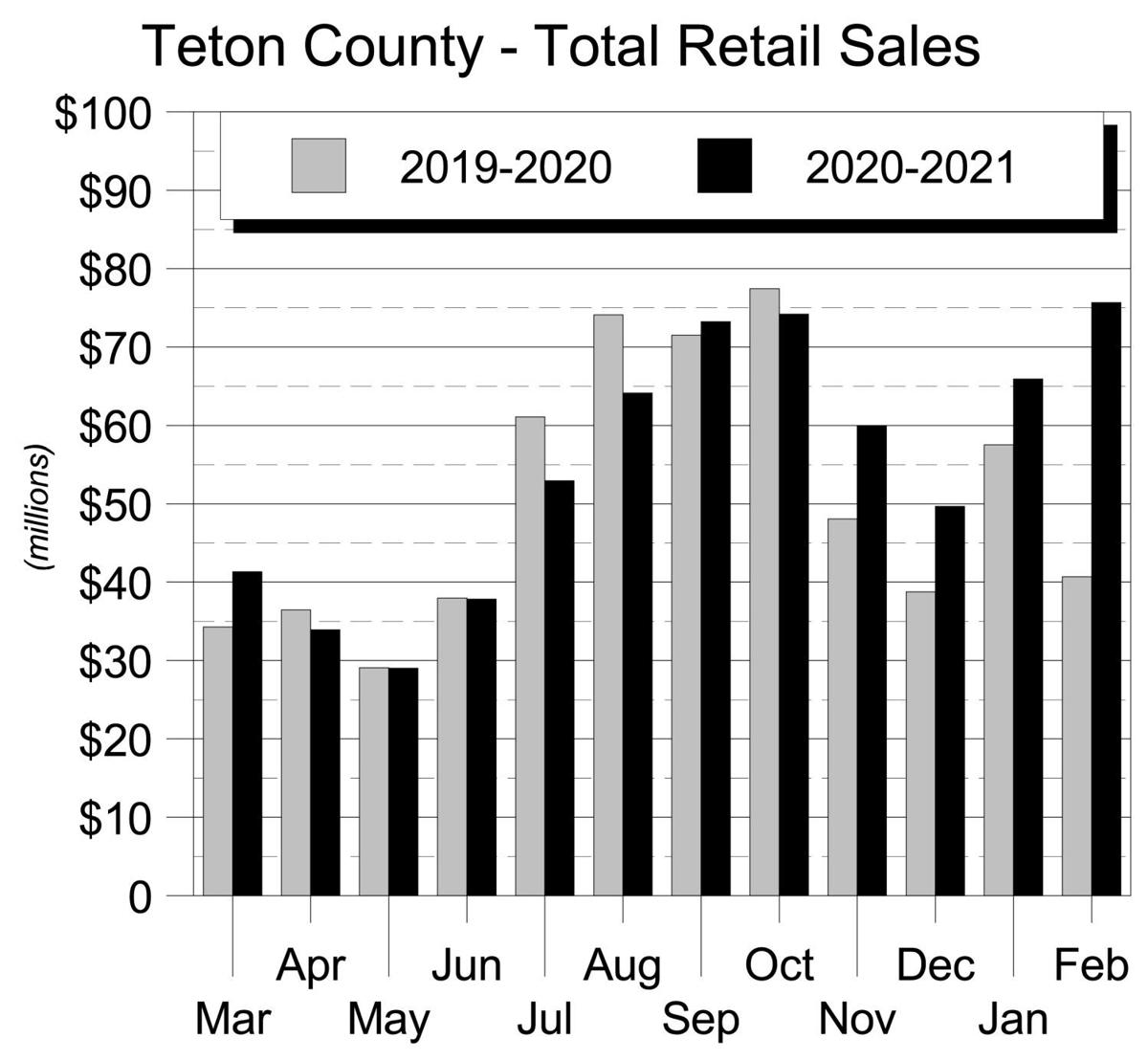 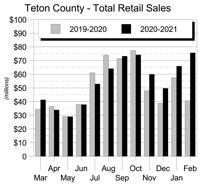 TAXABLE SALES REPORTED TO Wyoming’s Department of Revenue and Taxation in February totaled $160.5 million, a whopping 35% increase over the amount reported in February 2020. A one-ish-month lag separates actual sales and when taxes are reported by the state, so February’s number generally reflects sales in give-or-take January, i.e., the core of the winter tourism season. Monthly figures can vary wildly, so this number should be taken with a grain of salt. Or in this case a humongous boulder. It’s so wild that the Wyoming Department of Revenue is looking more closely at it (see “Retail Sales” below). During the fiscal year ending in February, all of Teton County’s taxable sales totaled $1.583 billion, 3.7% lower than during the previous 12 months.

LOOKING AT LONGER-TERM TAXABLE sales trends, the graph above shows the 12-month running totals of Teton County’s total taxable sales since the report of February 1998. In the past decade-plus, total taxable sales peaked in the fall of 2008, went into a precipitous decline until summer 2010 and then stayed relatively flat until the fall of 2011. Since early 2013, total sales have been growing steadily: Between February 2013 and March 2020, total taxable sales grew a total of 53%. In the past 12 months, the annual rate of growth has gone from 5.9% to negative 3.7%.

RETAIL SALES ARE THE BIGGEST category of Teton County’s total taxable sales. Retail sales reported in February totaled $75.7 million, an extraordinary 86% higher than the figure reported in February 2020. So extraordinary, in fact, that when I called Wyoming’s Department of Revenue to ask about it, they found it worthy of further investigation. As a result, there’s a possibility this figure will be altered. Even if it is, however, the monthly retail figure could be as much as 30% higher than that of February 2020. Retail sales reported during the fiscal year ending in February totaled $657.7 million, an 8.4% increase versus the previous 12 months.

Jennifer Dorsey is chief copy editor for the News&Guide and one of the editors for local articles printed in the Jackson Hole Daily.