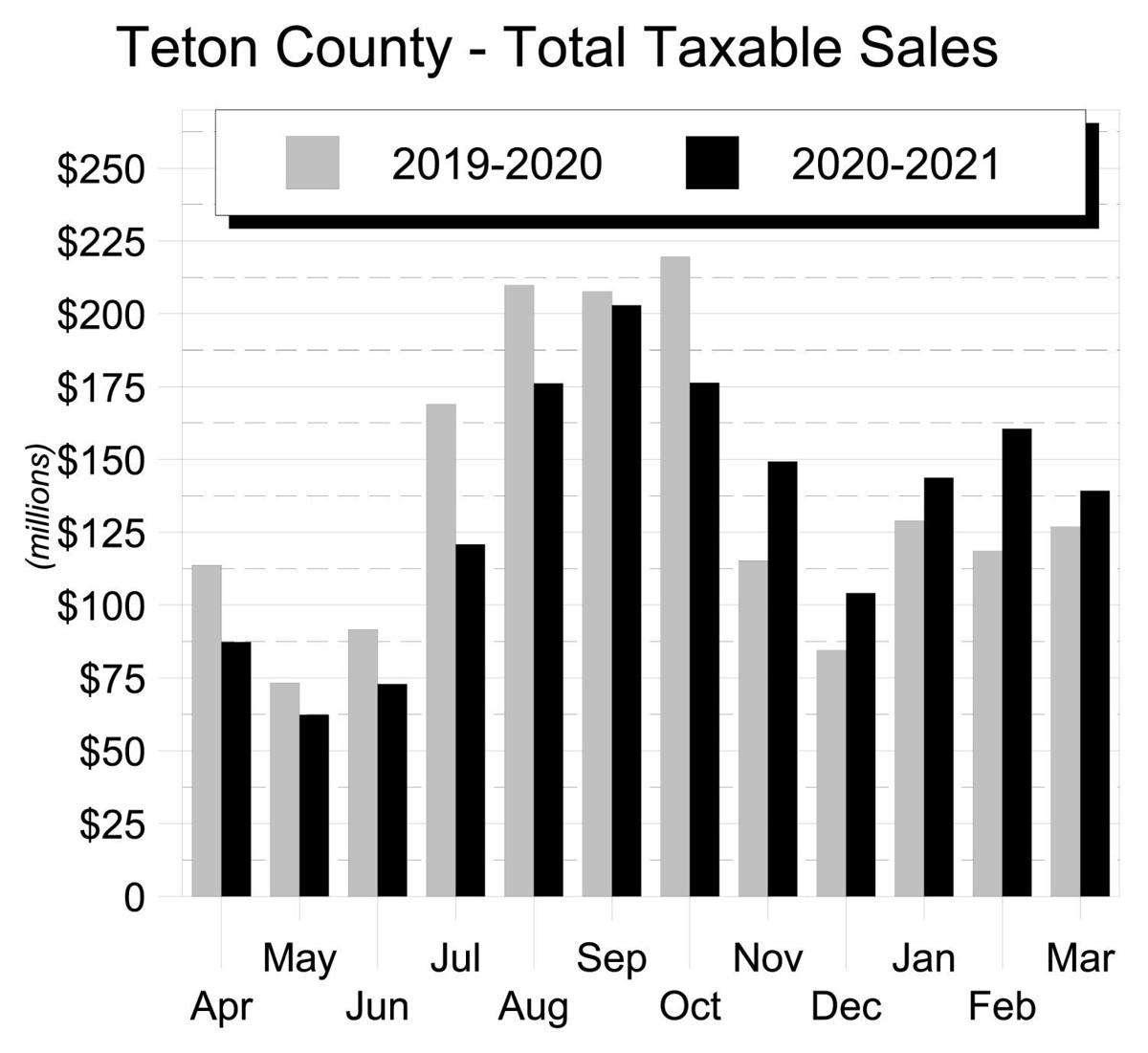 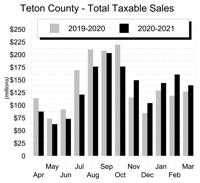 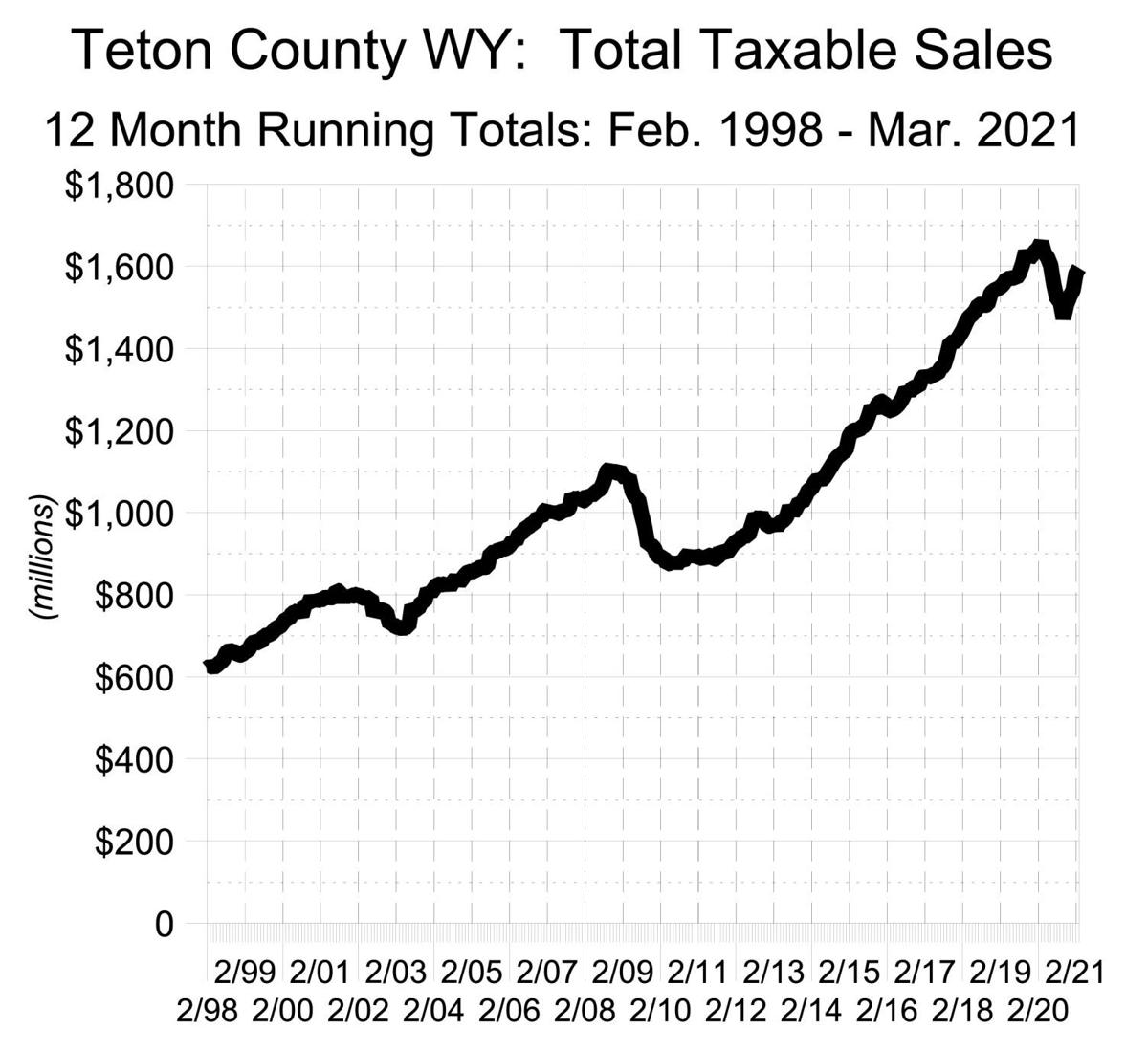 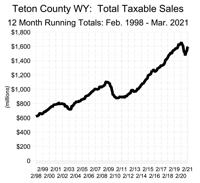 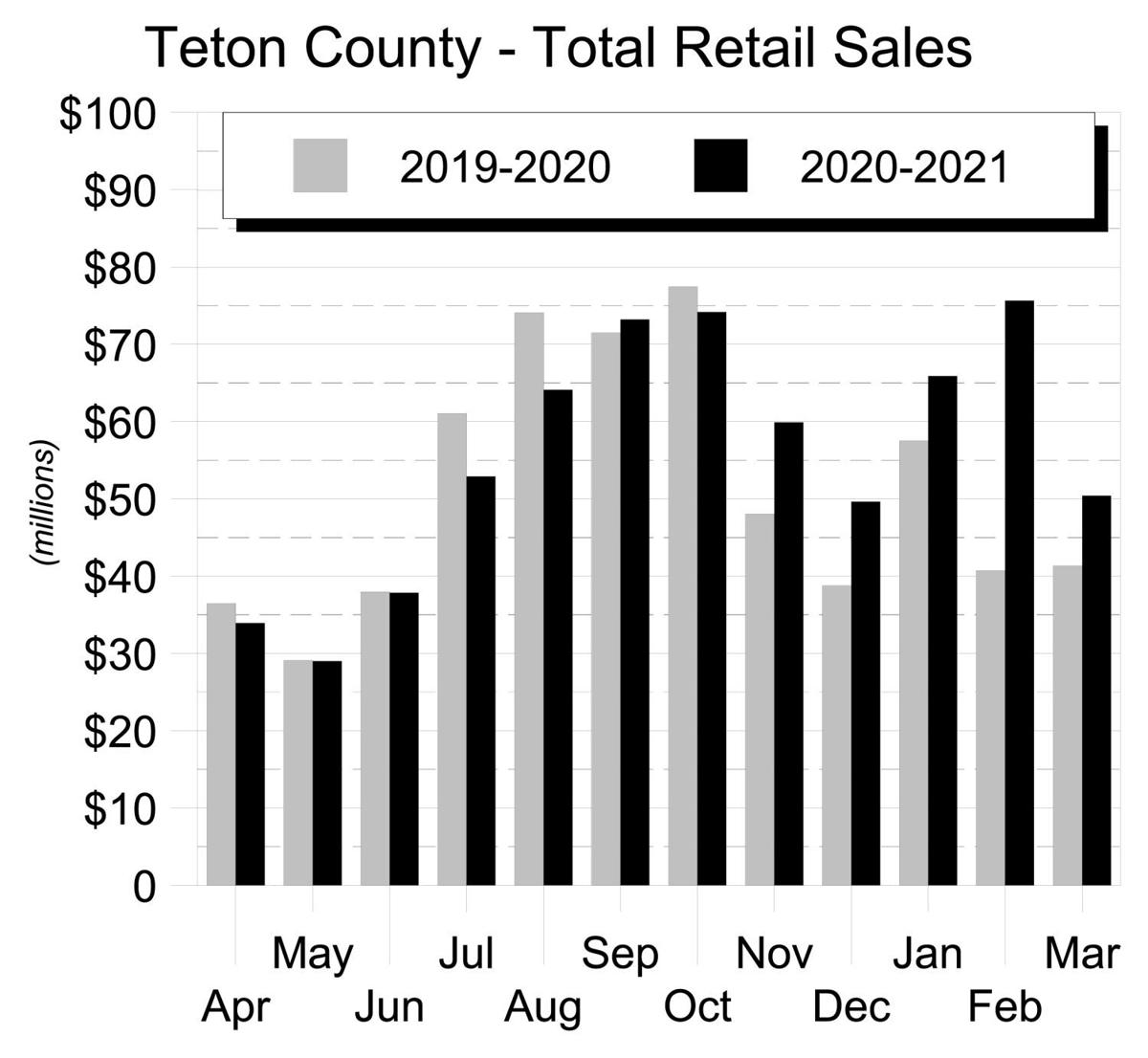 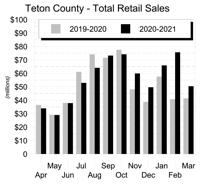 TAXABLE SALES REPORTED TO WYOMING’S Department of Revenue and Taxation in March totaled $139.3 million, a healthy 9.8% increase over the amount reported in March 2020. A lag of about a month separates actual sales and when taxes are reported by the state, so March’s number generally reflects sales in February, i.e., the core of the winter tourism season. Monthly figures can vary wildly, so this number should be taken with a grain of salt. That noted, the figures are generally indicative of what’s going on. During the fiscal year ending in March, all of Teton County’s taxable sales totaled $1.596 billion, 3.8% lower than during the previous 12 months.

RETAIL SALES ARE THE BIGGEST CATEGORY of Teton County’s total taxable sales. Retail sales reported in March totaled $50.4 million, 22% higher than the figure reported in March 2020. Retail sales reported during the fiscal year ending in March totaled $666.8 million. Thanks to the tenths place after the decimal point, it wasn’t quite the mark of the beast, but it did represent an 8.6% increase versus the previous 12 months.