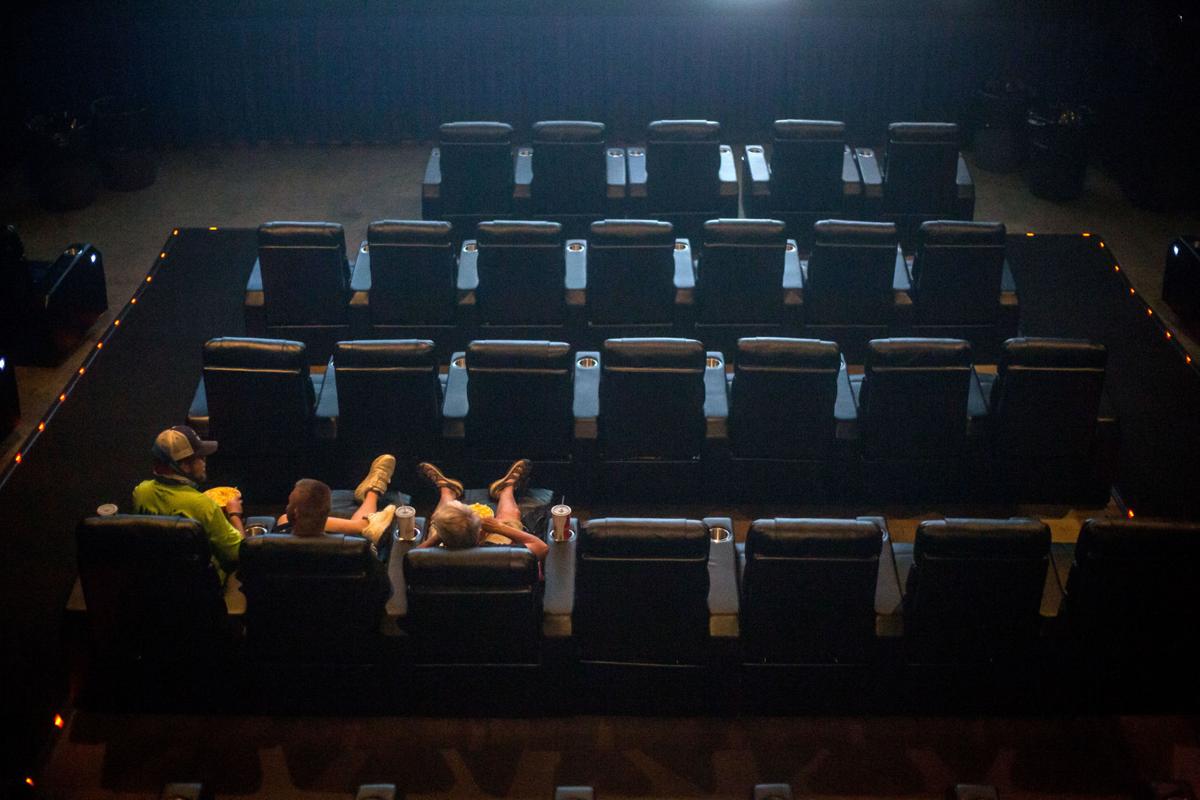 Moviegoers returned to MovieWorks Cinema on Friday for the first time since COVID-19 closures began in March. The movies now come with a lot more rules. 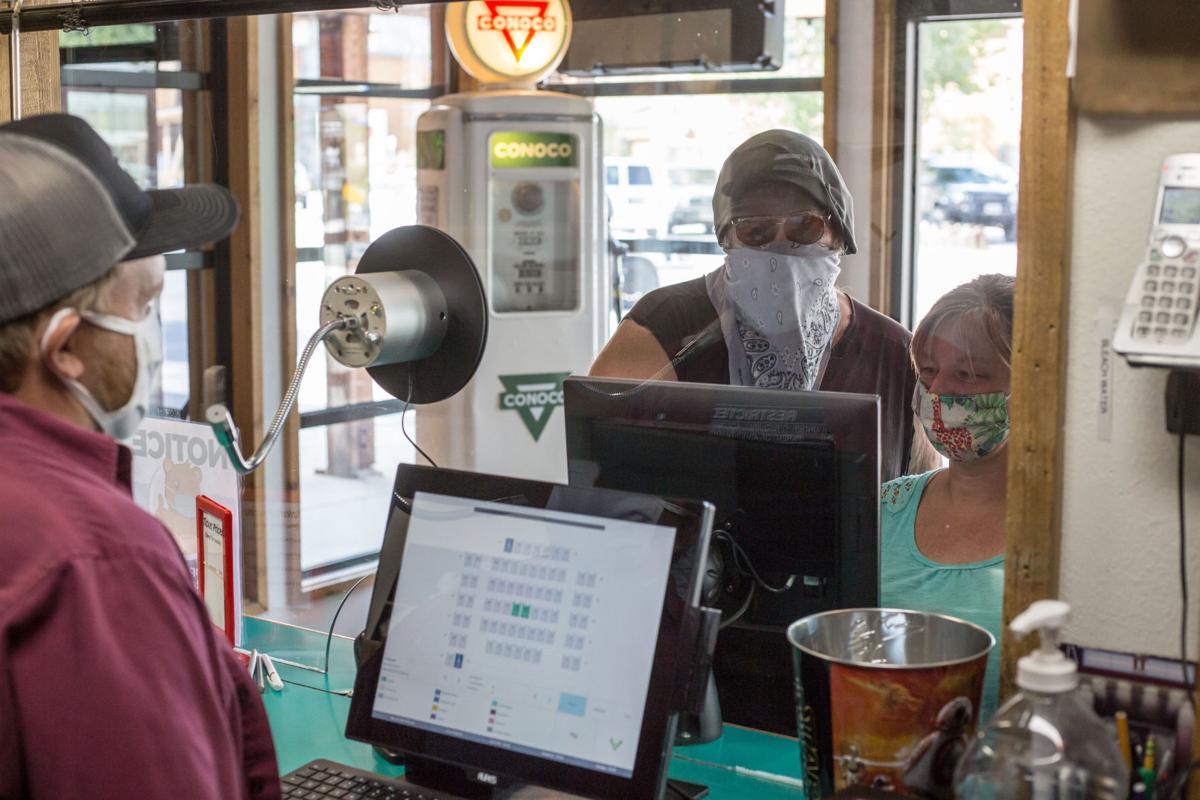 Movieworks manager Jesse Roberts helps Ron Maassen and Laura Wanek choose their seats Friday. The theater is making sure that at least two seats separate each person or group during showings. 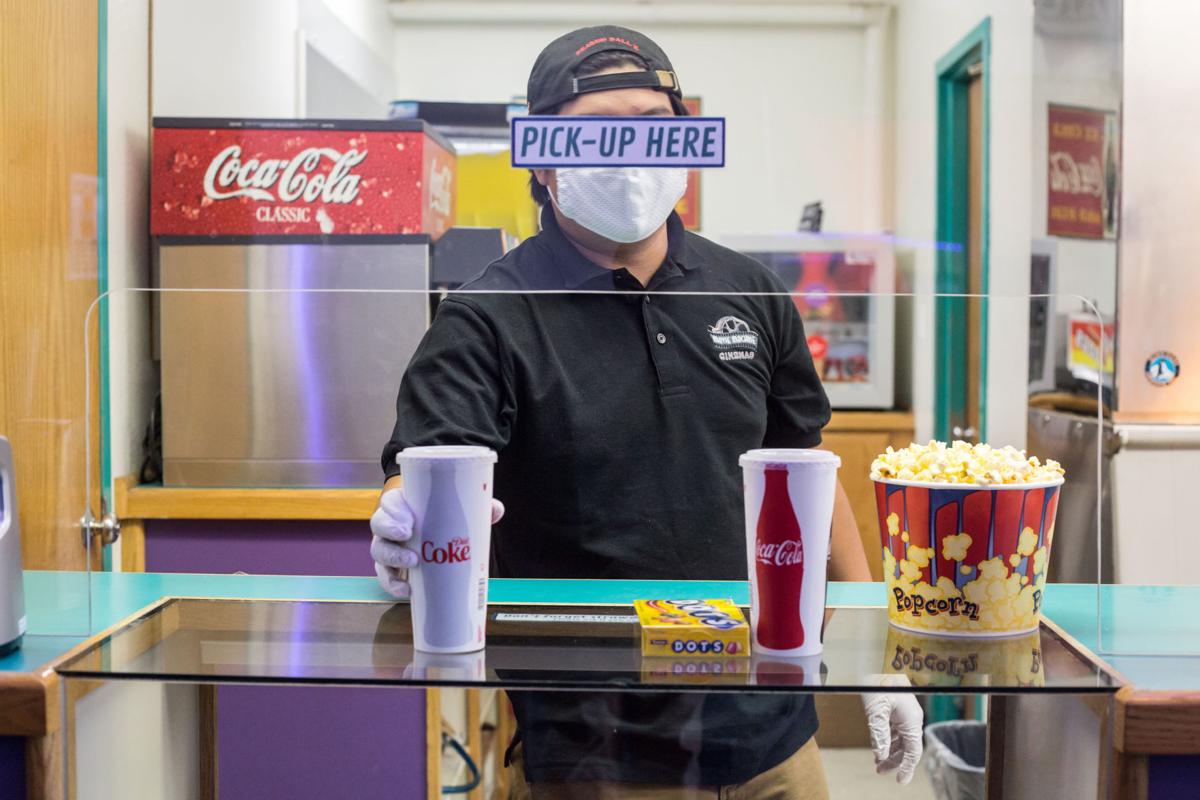 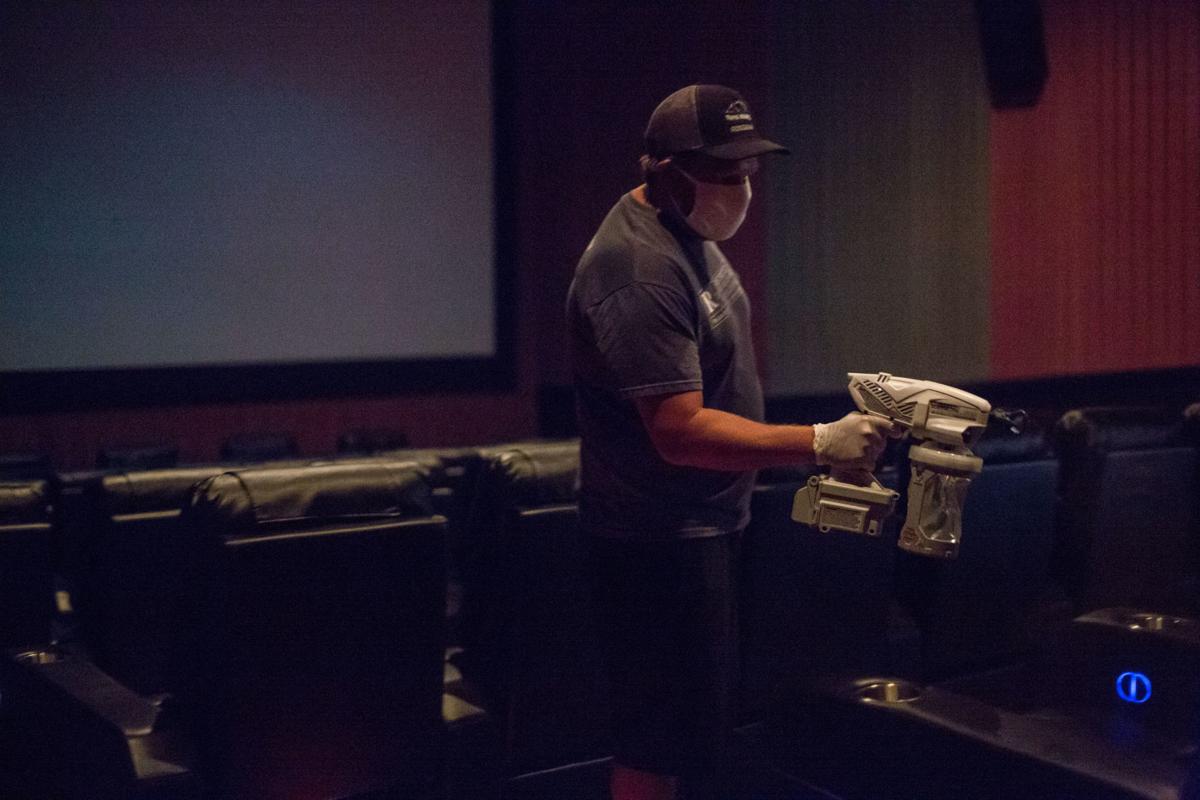 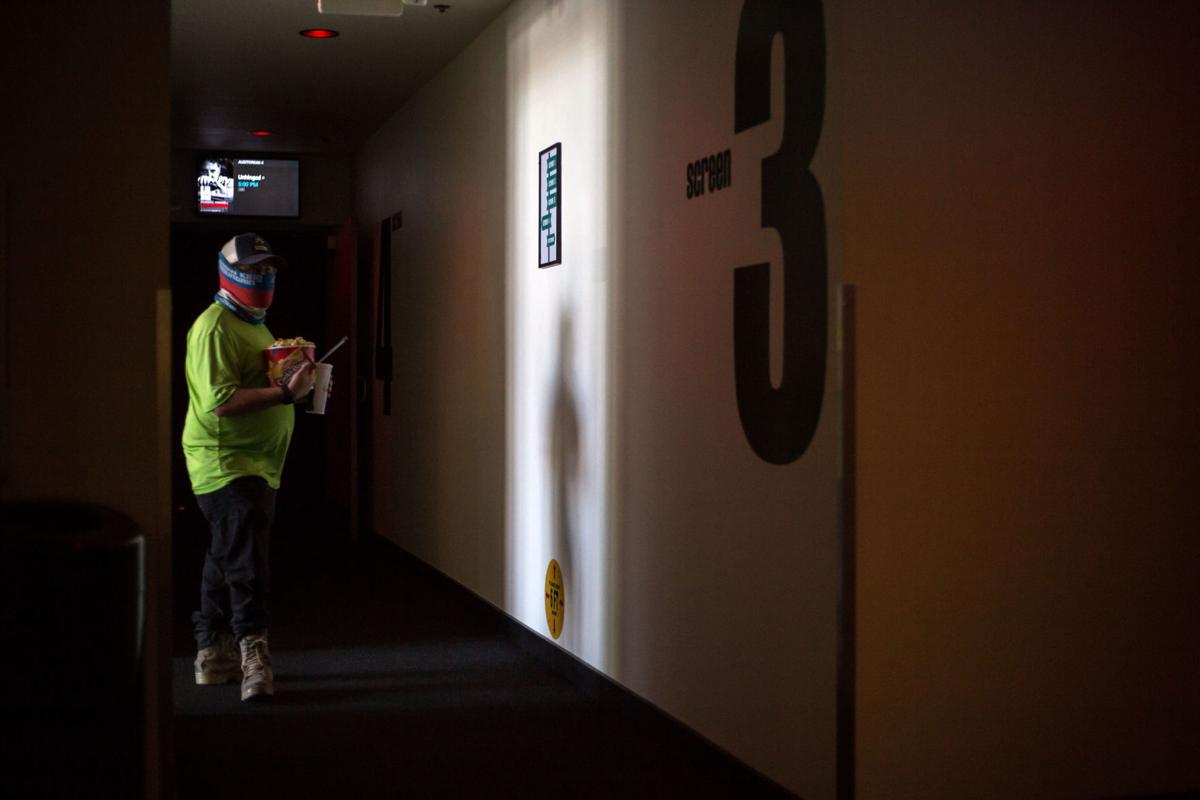 William Dennis heads to his theater Friday shortly after Movieworks Cinema’s reopening. The theater is requiring masks and staggering showtimes to alleviate crowding.

Moviegoers returned to MovieWorks Cinema on Friday for the first time since COVID-19 closures began in March. The movies now come with a lot more rules.

Movieworks manager Jesse Roberts helps Ron Maassen and Laura Wanek choose their seats Friday. The theater is making sure that at least two seats separate each person or group during showings.

William Dennis heads to his theater Friday shortly after Movieworks Cinema’s reopening. The theater is requiring masks and staggering showtimes to alleviate crowding.

After five months of hibernation, MovieWorks Cinema reopened with showings of the new flicks “The New Mutants” and “Unhinged” and a revival of the 10-year-old “Inception.”

There are changes since local theaters closed in mid-March because of the pandemic. A mask requirement for employees and patrons, for example, and spaced-out seating. But the silver screen experience will still satisfy.

“We have the same delicious popcorn and friendly staff, and we’re eager to get everybody back to the movies,” Jackson Hole Cinemas General Manager Meg Petersen said.

Over the weekend “things went smoothly,” Cinemas owner Frank Londy said. “People were happy to be back.”

No one was expecting a huge crowd, he said, but the actual numbers were “a pleasant surprise.”

It will probably be late September or early October before Jackson Hole Cinemas’ other movie palace, the Twin Cinema on Pearl Avenue, will return to action.

“We really don’t have enough movies to play to open the Twin,” Petersen said. Plus, “we want to see how MovieWorks goes and how movies go all over the country.”

As reopening was considered, a spike in virus cases in Jackson Hole earlier this summer put up a “red flag,” she said. But infection rates aside, the main problem was that there were no movies to show because studios pushed back the debut dates for major productions.

“Up until Aug. 21 there were no new releases to play,” Petersen said.

Theaters that did reopen earlier elsewhere in the country were playing repertory content, like “Goonies” and “Harry Potter” movies, she said.

“There’s not lot a lot of revenue in playing old movies.”

But things are looking up, with new movies coming out this fall and winter.

“Now there’s good stuff in the forecast,” Petersen said. “We’re pretty excited about what we have the potential to show in the next several weeks.”

But a question mark looms over the popular Frank’s Fall Film Festival, an annual showcase of independent films that’s a labor of love for Londy.

“I won’t say no,” Londy said, “but the available films are pretty scarce. Everything I might have shown has probably been streamed.”

Londy said he knows people look forward to the festival, but simply getting the theater up and running was a big job with a lot of setbacks.

“Just looking at the independent films there’s nothing totally jumping out at me,” he said. “I’ll have to see how people respond to movies being back … Are they coming at all.”’

Whatever film people are coming to see, MovieWorks is working to assure a healthy experience. It’s adhering to CinemaSafe standards, a program that the National Association of Theatre Owners created, based on experts’ guidance, to protect patrons and employees from COVID-19.

One rule is face coverings for staff and patrons (except infants or people with a medical condition that prevents them from wearing a mask). Patrons can doff their masks while seated so they can enjoy their candy and popcorn, but while moving around they’ll have to wear them.

“It’s required by the film companies,” Petersen said. “In order for us even to be open and to keep this business alive we have to implement that. I hope people understand that this is for our survival that we have this policy.”

Employees will undergo a health screening before each shift, including a contactless temperature check.

Contact surfaces in the lobbies and hallways will be disinfected repeatedly during the evening, and hand sanitizer stations have been set up.

The coverings of the luxury recliners installed in Jackson’s theaters last year already have an anti-microbial finish, and employees will sanitize them between showings.

“We are using a commercial disinfectant that luckily doesn’t stink,” Petersen said.

The time between showings has been increased from 20 minutes to 45 to allow thorough cleaning and so people won’t be clumped in the lobby.

The concessions stand has been modified, with one line for ordering and another for picking up, Petersen said.

Group sizes will be limited to six people unless everyone is from the same household. Groups will be separated by two seats.

The plan right now is to screen movies seven days a week but with only two showings of each.