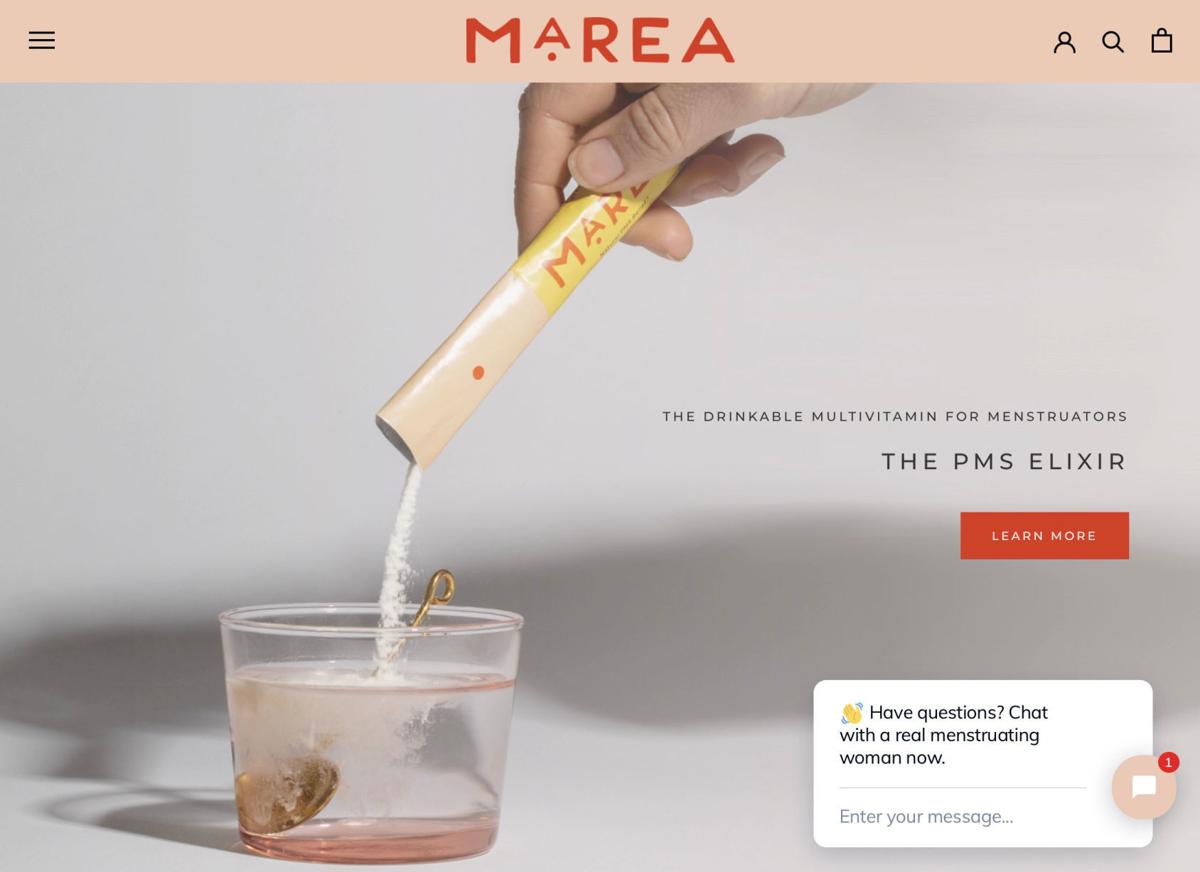 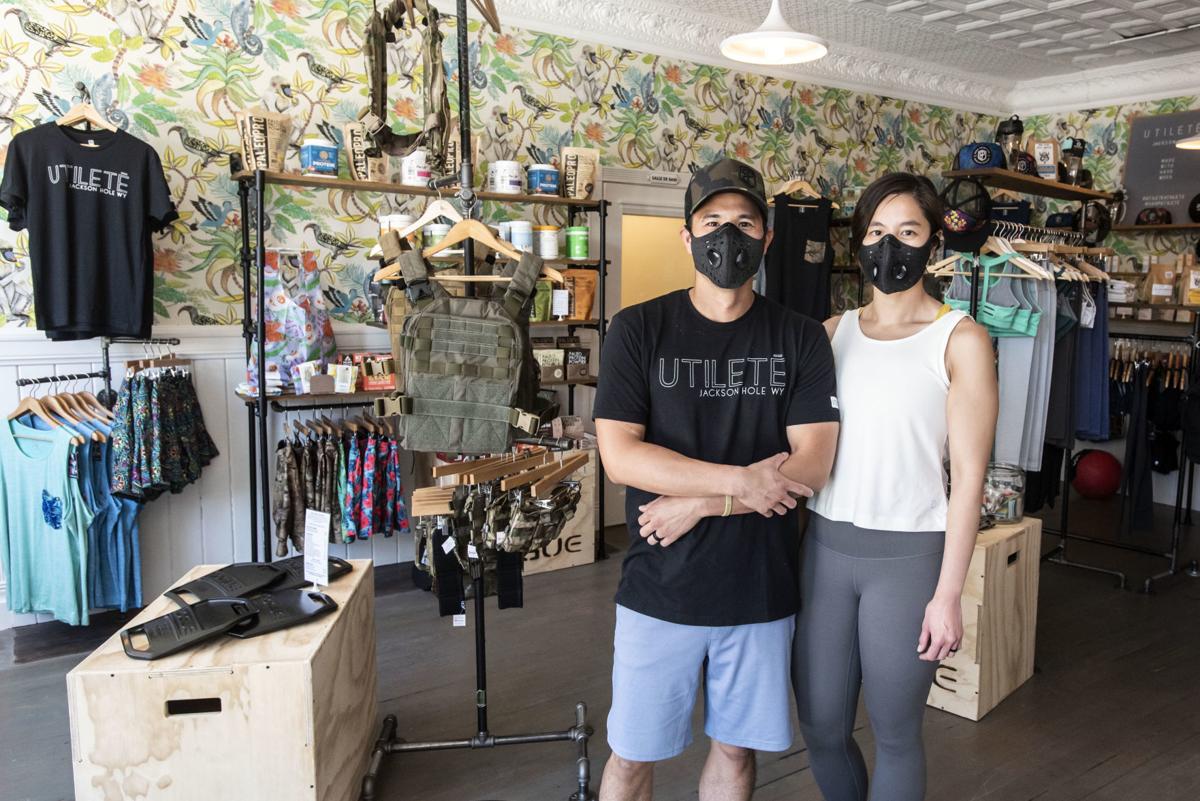 When the COVID-19 pandemic hit, The Phoenix and the Dragon owners Eric and Zarina Sakai fast-tracked an idea they’d had for a while. Utilete, a health and fitness-inspired retail shop, opened earlier this month inside their North Glenwood store. 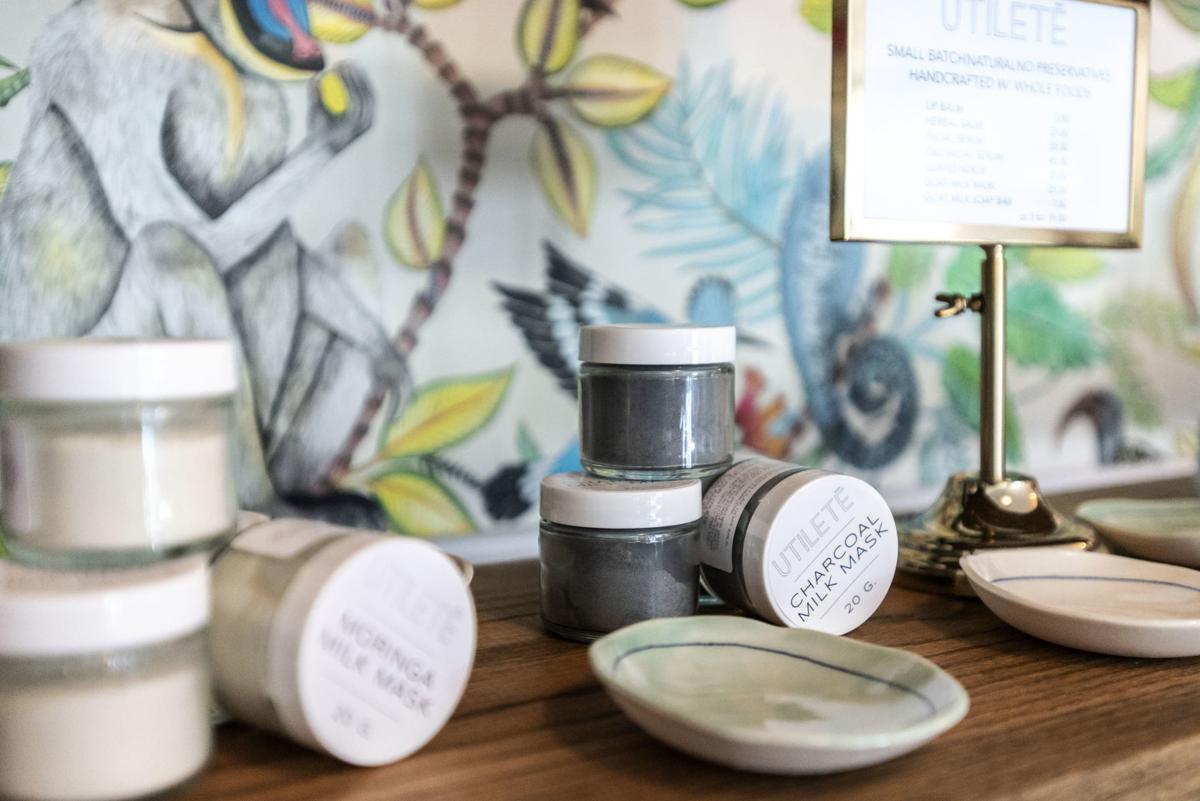 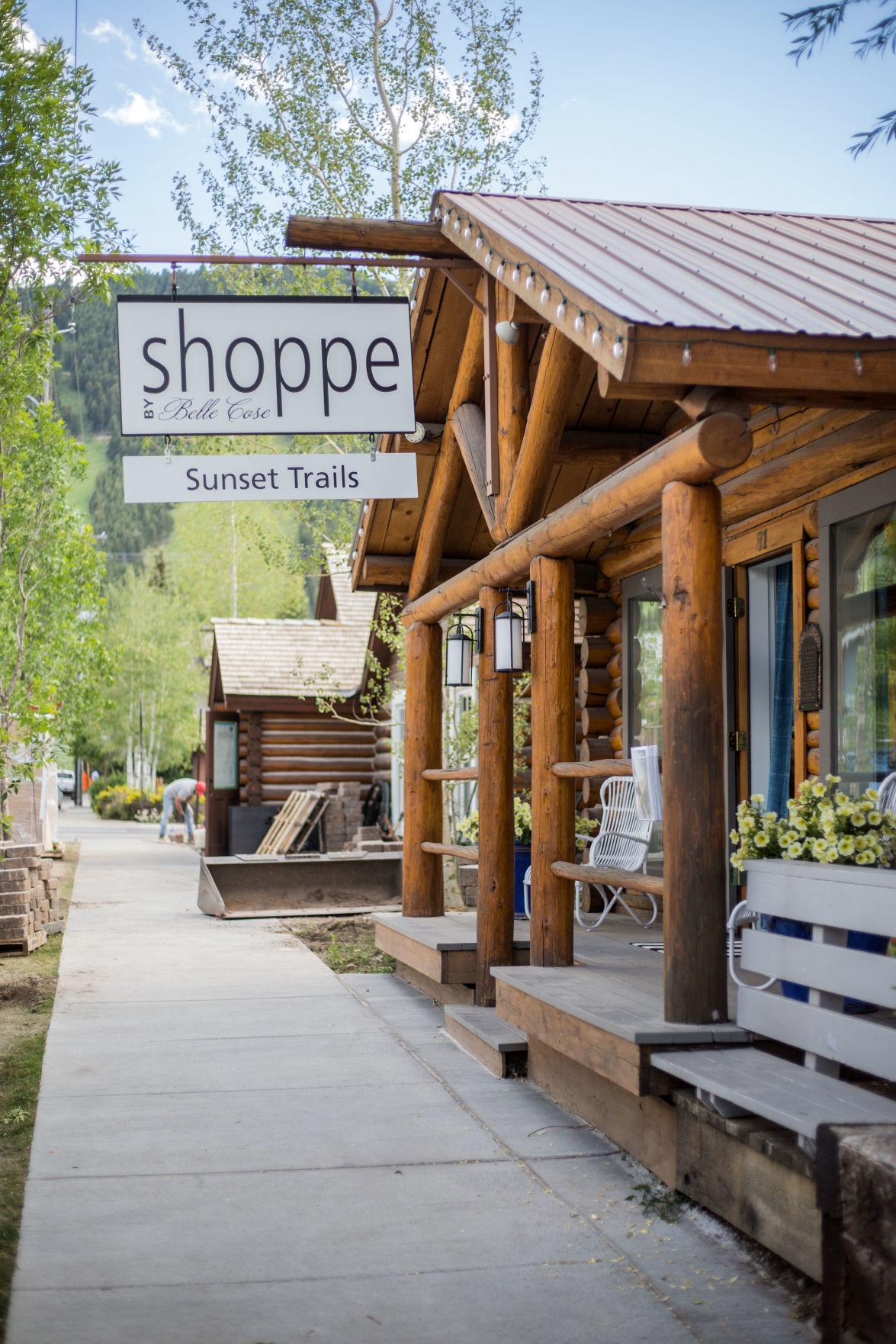 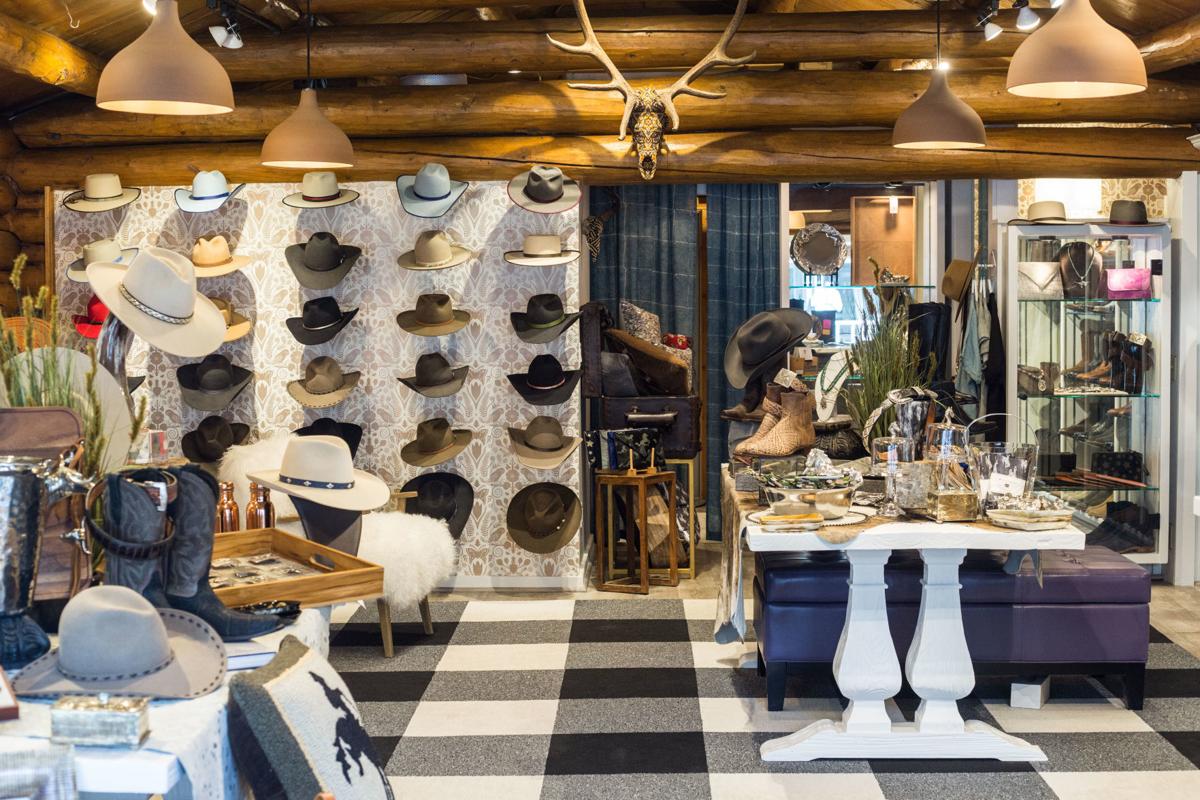 Shoppe by Belle Cose currently features products from Salina, Utah-based Sunset Trails, which will be showcased through September. 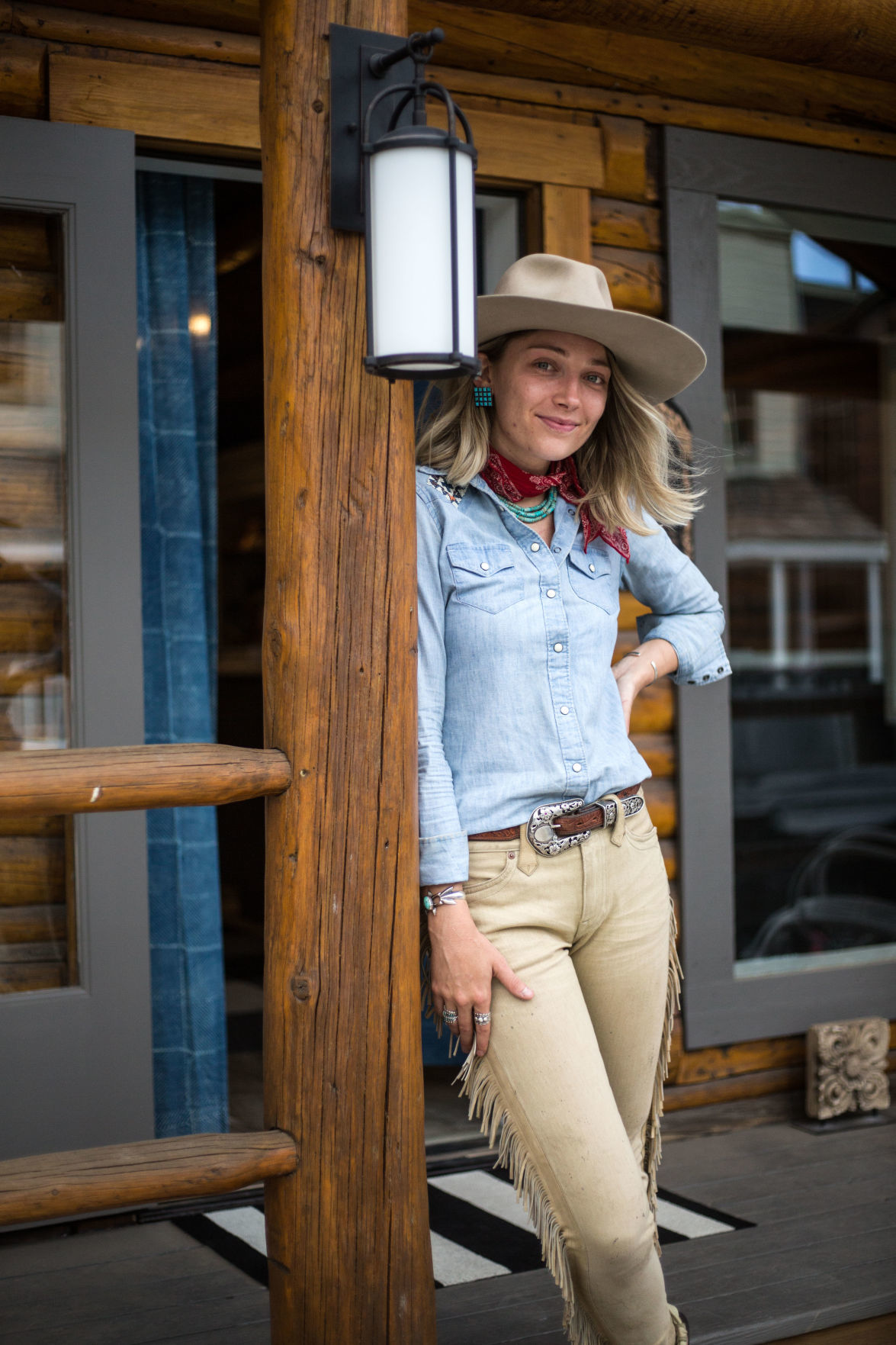 When the COVID-19 pandemic hit, The Phoenix and the Dragon owners Eric and Zarina Sakai fast-tracked an idea they’d had for a while. Utilete, a health and fitness-inspired retail shop, opened earlier this month inside their North Glenwood store.

Shoppe by Belle Cose currently features products from Salina, Utah-based Sunset Trails, which will be showcased through September.

A lot of the business stories during the pandemic have been about struggles, shutdowns and government relief programs.

Marea, Utilite and Shoppe By Belle Cose are three examples in Jackson Hole.

The average American woman will spend about 10 years on her period, according to the nonprofit Helping Women Period.

That’s a lot of time, and it seems still longer to women who suffer from PMS, bloating, cramps, fatigue, headaches, backaches or mood swings.

“You don’t see a lot of multivitamins you can drink,” Grohne said.

The liquid form — Marea comes as a powder you mix with water — is more convenient and enjoyable than a handful of pills or capsules, she said. And in a liquid the ingredients are more “bioavailable” than in a pill, meaning “you’re absorbing all of it.”

The formula she devised with medical advisors, a dietitian and a food chemist includes magnesium; vitamins E, C and D; zinc; selenium; calcium; and B complex (thiamin, riboflavin, B6, B12, folate). The combination is designed to support all phases of a woman’s cycle, which is why Marea is to be taken daily.

“The menstrual cycle is every day of the month,” Grohne said.

In some ways that was an auspicious time, with people locked down at home and spending more time on their devices and shopping online. In the e-commerce space the pandemic “has created more opportunities for businesses,” Grohne said.

But COVID-19 also threw a monkey wrench into supply chains.

The pandemic sparked people’s interest in the use of supplements to strengthen their immune systems, Grohne said, and that meant ingredients started to sell out. Her manufacturer became busier, having taken on a new product — hand sanitizer — and a third-party tester also became backed up.

So when Marea orders came in “it was really hard to notify people that our shipping dates were being pushed back,” Grohne said.

Now, as of June, Marea is officially launched. The name, which means “tide” in Spanish, came at the suggestion of Grohne’s husband when she was searching for something both strong and feminine.

As Grohne put together her business, she had some assistance. She has benefited from bouncing around ideas and sharing stories with “smart minds” through Silicon Couloir’s TEAMS mentoring program.

And a $50,000 Wyoming Kickstart grant last summer gave the budding venture a boost.

“It was an amazing opportunity to have that,” Grohne said.

Eric and Zarina Sakai had been thinking a long time about expanding and diversifying their business, but only thinking.

The Phoenix and the Dragon restaurant began as a counter in Jackson Whole Grocer, with a kind of all-natural Asian-inspired menu, then moved two years ago into a space on North Glenwood where Lotus Cafe did business for years.

The pair, both fitness freaks with a CrossFit focus, thought they might complement the restaurant’s healthy food vibe with offerings of other food, supplements, health care items, clothing and assorted gear they thought Phoenix and Dragon customers might like.

Then the new coronavirus hit Jackson, and hit its restaurants harder than most.

“It was a project we had planned far down the road,” Eric said of Utilete, the name they had in mind for their venture into the fitness business. “The pandemic gave us time to work on it and we sort of fast-tracked it.”

That’s how he puts it in a calm moment. A few minutes later, though, the hint of panic that spurred the Sakais to get going comes through.

“It was definitely a scary time, absolutely we were scared,” Zarina said of the quick start of Utilete.

“You couldn’t help but think, ‘Am I going to lose everything?’ ” Eric said. “And how long will it take?”

The Sakais beat the county health order to shut down, closing their doors to restaurant customers and taking orders by phone and online, setting orders outside for customers who waved at them through the windows.

They’ve continued that way in the food business — though you can now walk in to get your lunch or dinner — since health officers allowed some reopening, because “there wasn’t a comfort level even at reduced capacity,” Eric said.

With the food business cut, they concentrated on Utilete, which opened about two weeks ago.

The Sakais are both CrossFit practitioners, and Eric is a certified trainer. They started their list with CrossFit clothing for Utilete that’s made in LA. They’ve added a variety of connected merchandise, led by a branded line of skin-care products made by a friend who starts from scratch, by owning his own goat farm that supplies much of what he uses.

“I’ve used these products for some time now,” Zarina said. “It’s all I use now.”

There’s also a Utilete coffee from Seattle and CBD products made with no fillers.

The merchandise is mostly exclusive in the Jackson market and tested by the Sakais on themselves.

“Ninety percent of what we have we are the exclusive retailers in Wyoming,” Eric said. “And what we put on the shelves, we wear it, we work out in it, we drink it, we eat it.”

They’ve committed, also, to selling at the same prices their products are sold at online: “It’s the same price, and it’s here,” Zarina said.

Adding to what they do rather than cutting back is the strategy.

“There’s so much you can’t plan for now,” Eric said. “If you’re not flexible, if you don’t diversify, your chances are much lower now.”

“I’m still scared, but I feel we can make this happen,” Zarina said.

The restaurant-shop is open from noon to 8 p.m. Tuesday through Saturday.

Jane Carter Getz admits that the premise of her newest store — merchandise selected and displayed according to a theme that will change every several months — is risky.

But beyond that she’s dealing with a lot of known factors.

Shoppe By Belle Cose debuted July 1 as a Western-themed pop-up featuring Silver Trails. Boots, hats, belts and buckles are the stars of the show, with a variety of other items on the theme, like cowboy boot salt and pepper shakers and the book “West: The American Cowboy,” by Anouk Krantz.

Belle Cose, which has several types of stores in Jackson and Teton Village, has hosted Silver Trails trunk shows in the past, and they have done “exceptionally well,” Getz said.

“It takes the stress out of the unknown,” she said.

She’s also confident being at 81 S. King St. It was already in the Belle Cose family, having housed a clothing store (now at Crabtree corner.) The neighbors are King Sushi and the soon-to-open Colette, a new restaurant in the Coe Cabin, where Sweetwater used to be.

“We had the space anyway, and it’s such a great location,” Getz said.

And it’s not just any space. 81 S. King is the historic Ellen G. Walker Cabin, which, according to a plaque, was the home of one of Jackson’s first successful women’s clothing boutiques.

“I love this cabin,” Getz said.

As for pandemic-specific challenges, the only ones were some delays in shipments — “nothing huge,” she said.

The Sunset Trails version of Shoppe By Belle Cose will run through Sept. 30.