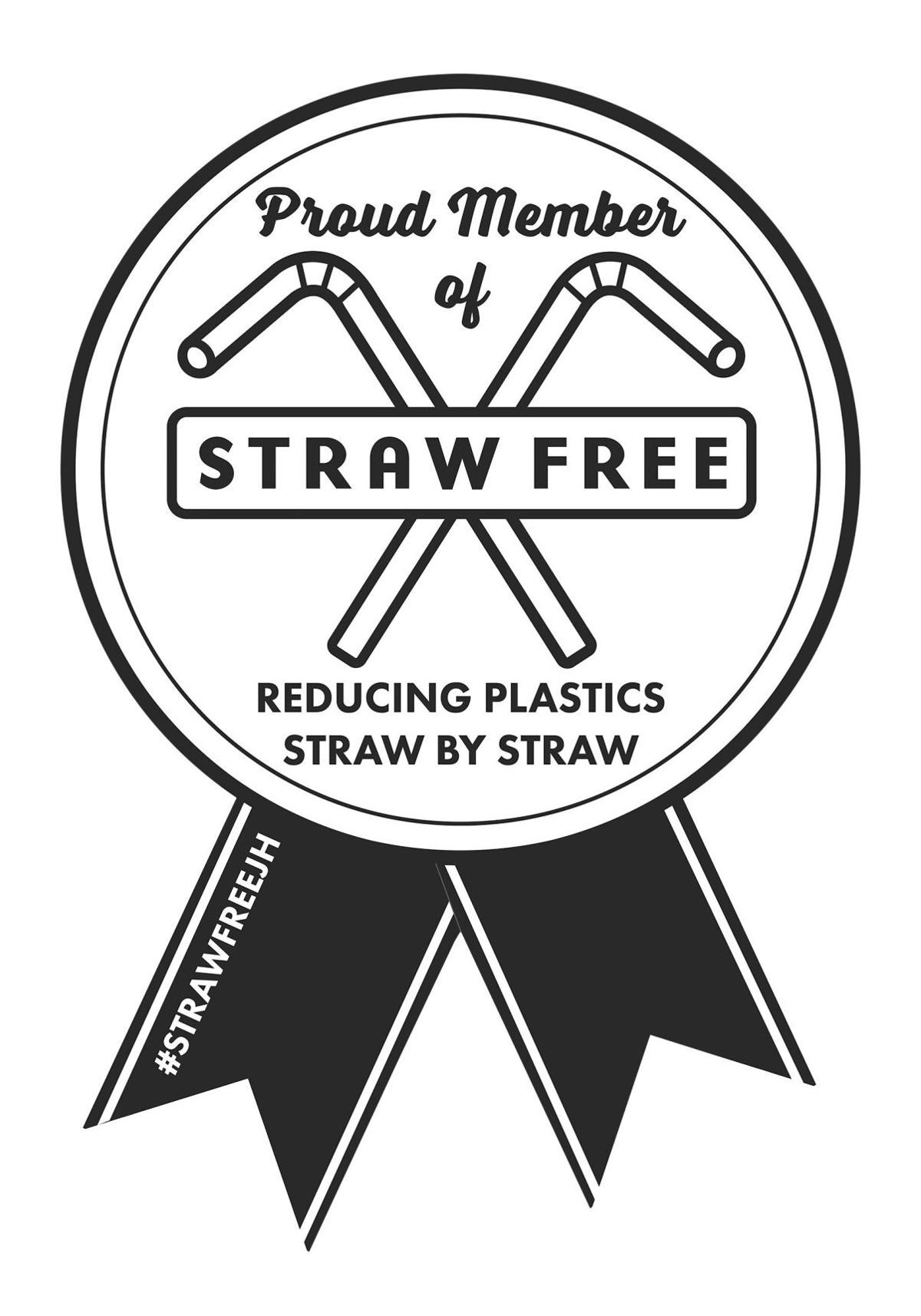 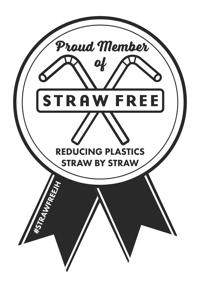 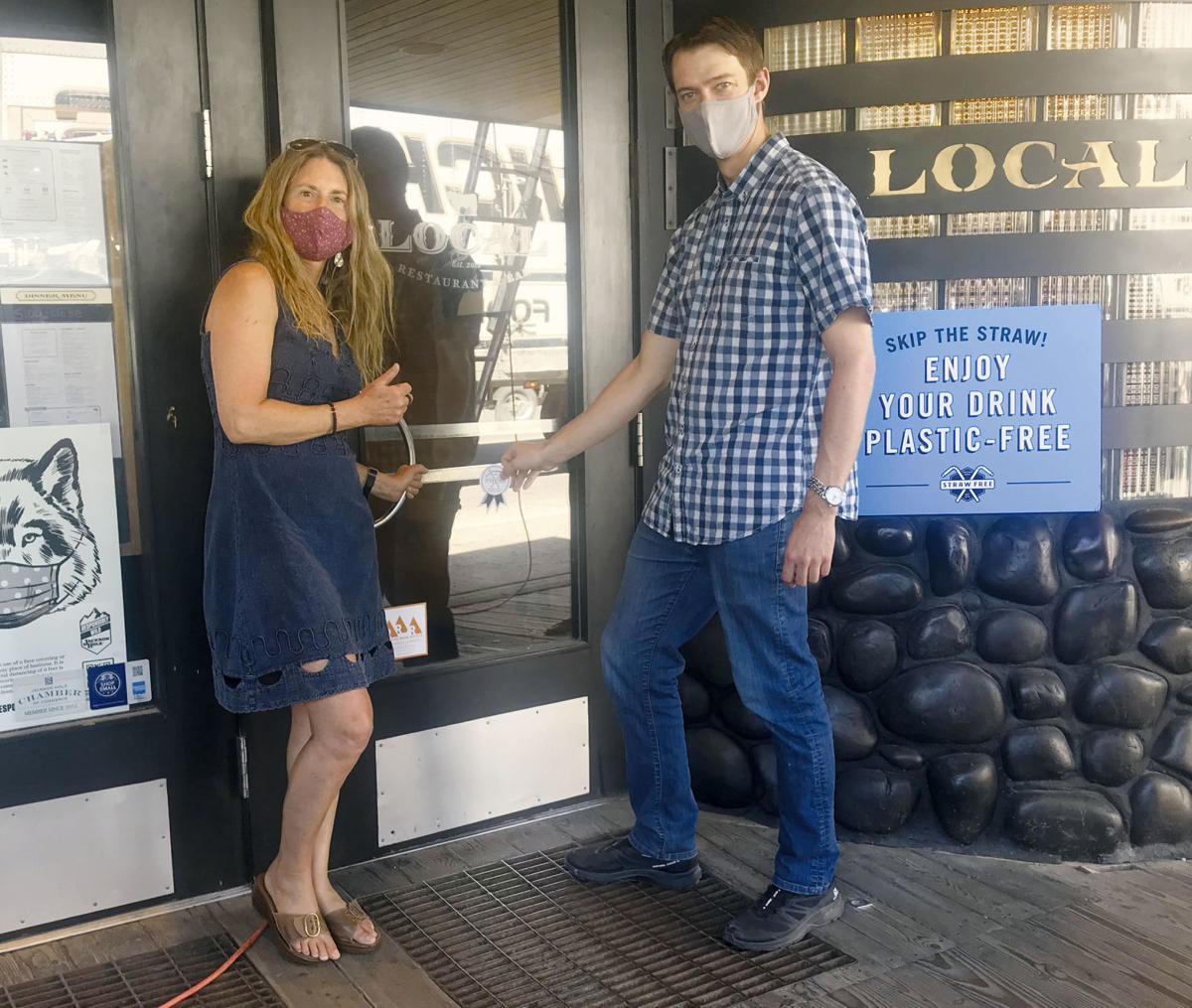 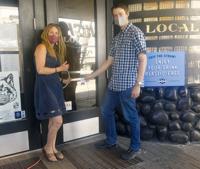 If you request a straw at Pizzeria Caldera what you’ll get is a paper one from Aardvark.

The Broadway purveyor of Napoletana-style pies began two years ago to move away from single-service plastic items, including beverage straws, and committed entirely to paper straws in the spring of 2019.

“The only plastic single-serve items we still use, because they are extremely difficult to find replacements for, are portion cups and beverage cup lids,” said Chris Hansen, who owns Pizzeria Caldera with his wife, Miga Rossetti.

For its efforts Pizzeria Caldera received a sticker on its door from Straw Free Jackson Hole, a small group of environmentally motivated volunteers that works to reduce the use of single-use plastics, with straws as the gateway item.

The volunteers, about five of them, hope tourists will be impressed with Jackson Hole restaurants’ eco-mindedness and return home with some new ideas.

“Hopefully someone notices when they go back to where they live and they think twice about plastic,” said Julie Deardorff, the volunteer coordinator.

She picked up the idea from a door sticker in New Zealand that acknowledged that the shop didn’t use plastic bags.

“I thought that would be cool to do here in terms of straws,” she said. Though a Jackson town ordinance prohibits shops from using single-use plastic bags, straw reduction “is something voluntary that people are stepping up to or not.”

The Straw Free Jackson Hole stickers, made locally by Stinky Prints, are bestowed on each restaurant with a little ceremony.

Deardorff said about 45 restaurants are working to cut back or eliminate plastic straws. Some of those besides Pizzeria Caldera are Hand Fire Pizza, Hatch Taqueria and Tequilas, Local Restaurant and Bar, Trio: an American Bistro, The Granary and the White Buffalo Club.

Some of them give customers straws and cocktail servers only if asked. Others have gone further and ditched the plastic entirely, offering metal, hay and paper straws and bamboo stirrers, for example.

“We wanted to help get the word out more by acknowledging them,” Deardorff said.

The whole “plastic issue” in general has exploded in recent years, she said. People are more aware of how the manmade substance is clogging waterways, cluttering landscapes and harming wildlife.

The Straw Free Jackson Hole brochure explains why people should care about something as small as a straw:

•Plastic straws are among the top 10 plastic items found during beach and town cleanups.

• Most plastic straws are not recyclable.

• Single-use plastics, such as straws, persist in the environment, harm wildlife and enter the food chain because they are mistaken for food.

• Over time plastic breaks down into small pieces know as “microplastics,” which have been found locally in the Snake River and globally throughout aquatic ecosystems, including the deepest parts of the oceans. Microplastics aren’t just in our waters but in the air — at the top of pristine mountains.

• Humans are believed to inhale and consume tens of thousands of microplastics every year.

Deardorff remembers a time when she was a surfer in California and was annoyed to find a plastic straw on the beach. She picked it up. These days she keeps a bamboo straw in her car.

“Straw is a gateway to thinking about plastics in general,” she said. “It was totally true for me.”