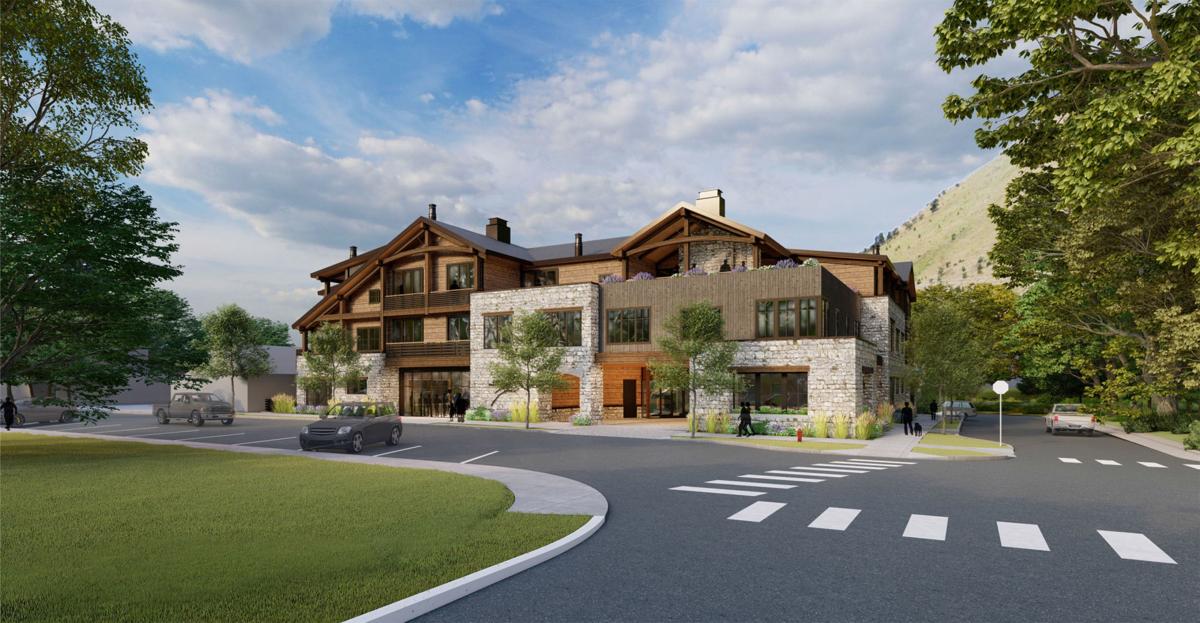 The new Rusty Parrot is being designed to take advantage of the open view toward Miller Park. 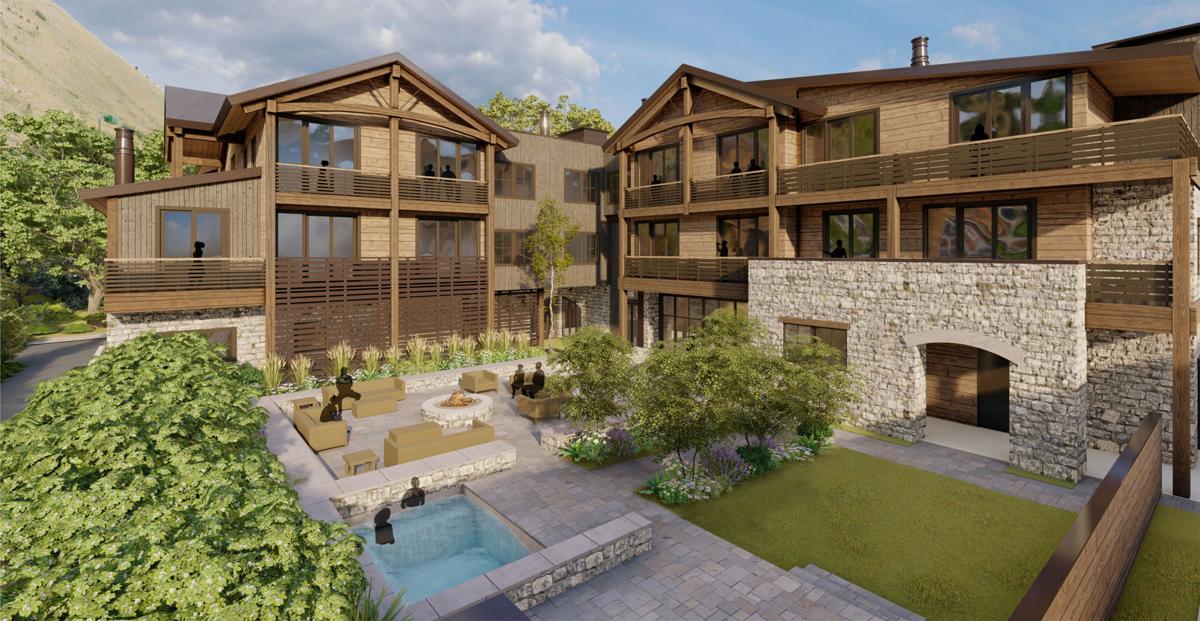 A courtyard set inside the building will offer views of East Gros Ventre Butte.

The new Rusty Parrot is being designed to take advantage of the open view toward Miller Park.

A courtyard set inside the building will offer views of East Gros Ventre Butte.

When Brandon Harrison arrived late at night at the Rusty Parrot last Nov. 18 he could see the flames but didn’t think it was the end for the well-known Jackson lodge.

There was no doubting, he said last week, that “it was prettily heavily involved.” But firefighters were working and he thought the business built by his father 30 years before might survive.

“I was hopeful they would be able to contain it on the deck, or in that corner of the building, and I thought they had it contained at one point,” he said.

But deep inside the building, places unseen from the street, “it was still burning through the attic.”

The Rusty Parrot was a loss. But it wasn’t given up on. Though the site on North Jackson Street is a scraped piece of dirt today, plans to replace it won a first approval July 15 from the Jackson Planning Commission, and the proposal goes to the Town Council Aug. 3 for its first review.

Harrison said digging is likely to begin later this summer to create the foundation of a new Parrot, including underground parking for 30 cars. He said the goal is to have the lodge open for business on May 15, 2022.

The Rusty Parrot was built by Ron Harrison and opened in 1990. His son Brandon was there “since when we built the place” and has been general manager for 15 years. His father is also still closely involved.

The new building is designed by the Aspen, Colorado, firm Rowland and Broughton Architecture/Interior Design, which started off “going really fast,” said Sarah Broughton: The Harrisons found the firm on the internet, called in January, met, and were in Jackson late that month for a round of design talks. About 15 possible looks were considered.

Broughton said her firm — which has worked on historic hotels like the Hotel Jerome in Aspen and the Limelight Hotel in Ketchum, Idaho — was “selected because we have a strong background in custom residential and also in hotel projects, and a lot of preservation work ... and a respect for history and culture.”

It’s a first Jackson project for Rowland and Broughton. The new Parrot will be about 31,000 square feet of usable space, about 27,000 of that above ground. The building will be 46 feet tall at its highest.

Broughton said the replacement Rusty Parrot is “new, definitely new ... definitely more modern,” but will also “retain some of the quirks, the really unique features” of the original. That means a stone and wood exterior and using arches and crow’s feet design on trusses that “harken back to the original design elements” of the old hotel.

The lodge’s “den” will share a double-sided fireplace with the 934-square-foot restaurant, which will open onto Jackson Street and Miller Park across the way. There will be a courtyard and a deck that faces East Gros Ventre Butte.

The property is just under a half-acre, three homesite lots in the original town of Jackson downtown filing in 1901. It seems flat, but there’s 4 feet of difference from the low spot to the highest. It also looks to a passerby like a rectangular lot, but in application papers it’s noted that the straight sides aren’t parallel but that it’s “a skewed site ... a polygon rather than a parallelogram.”

An improvement for the Rusty Parrot’s business will be that the new version will have 40 rooms, up from 33, including two suites with a single bedroom each. A few more rooms is a big advantage, Brandon Harrison said, especially with the competition growing in size and quality over the past three decades.

“With our total room count we were one of the smallest properties in our market in the country to offer the service we do,” he said.

The Rusty Parrot has regularly won high ratings and admiring press from travel groups and publications.

In an open letter from the Harrisons after the fire, they said that the support from around town was “staggering and humbling” and that in their rebuild they looked toward “creating more memories with you ... to celebrating more anniversaries and honeymoons, more birthdays and first dates.”

The general contractor for the project is Big D Signature. Harrison wouldn’t say the cost of the job but acknowledged it’s in the “tens of millions.”