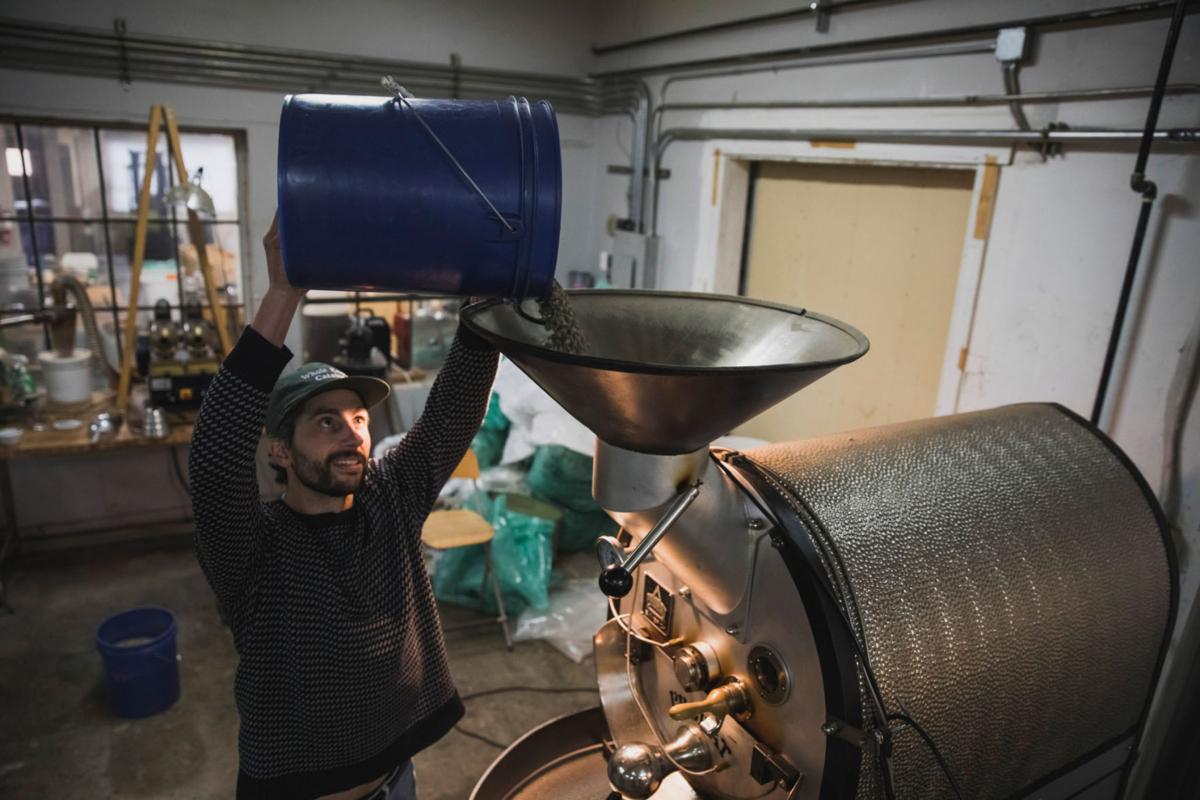 Professional snowboarder and owner of Overview Coffee Alex Yoder pours beans into a roaster. Since its inception last year, the company has sourced coffee from farms in Africa and Latin America that use regenerative agriculture. 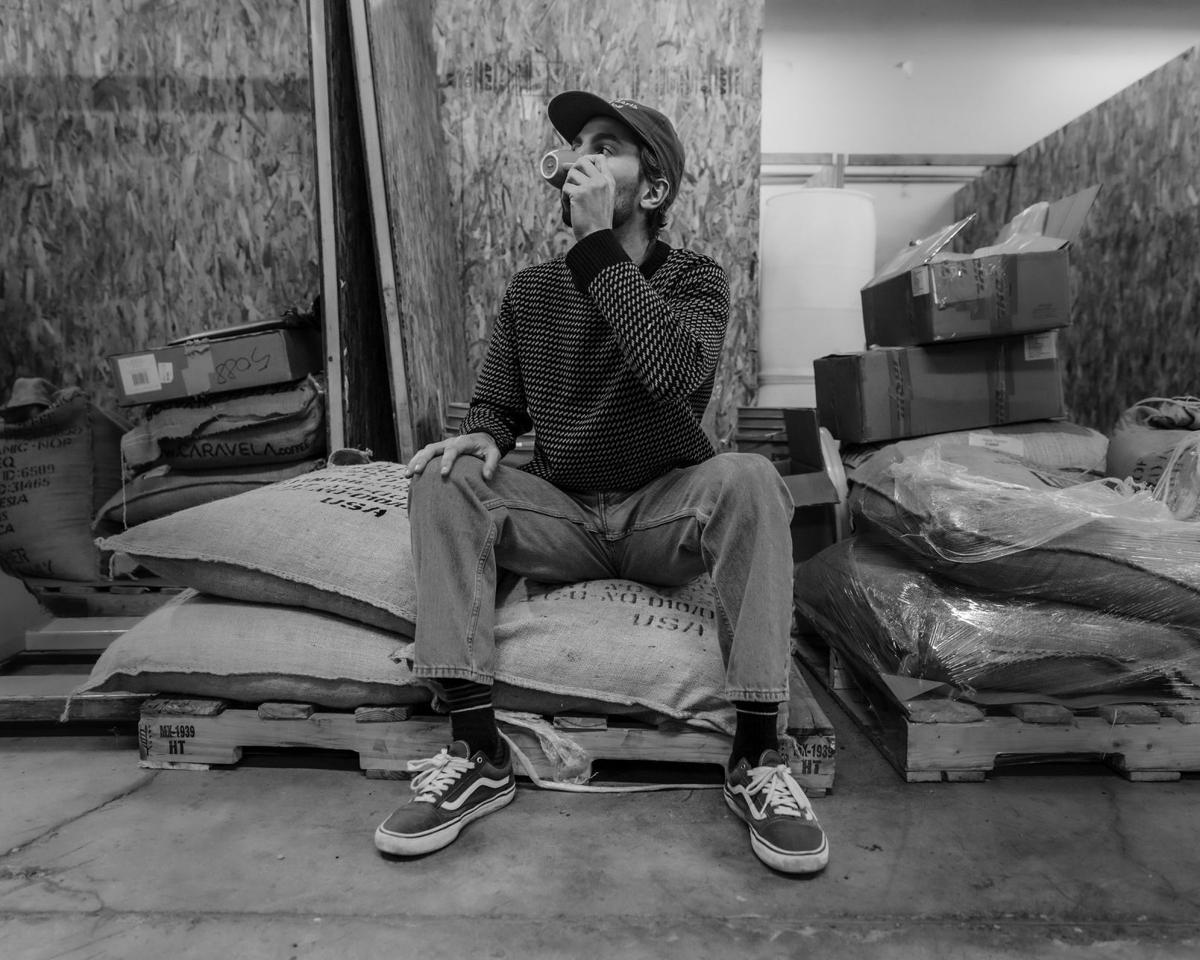 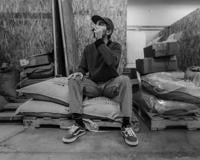 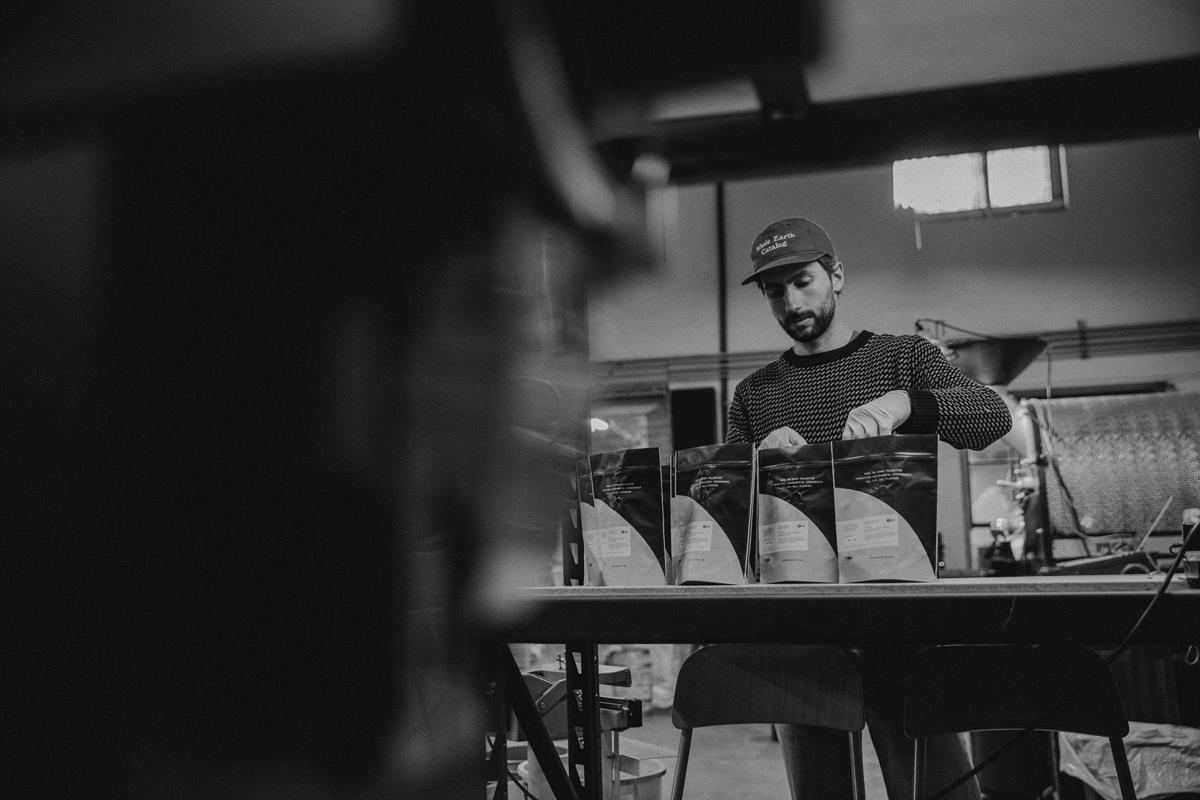 Alex Yoder started Overview with the goal of providing a market for sustainably-sourced coffee. He says that he chose coffee because “people have an emotional connection to it.” His move into the coffee business came after a big snowboard crash.

Professional snowboarder and owner of Overview Coffee Alex Yoder pours beans into a roaster. Since its inception last year, the company has sourced coffee from farms in Africa and Latin America that use regenerative agriculture.

Alex Yoder started Overview with the goal of providing a market for sustainably-sourced coffee. He says that he chose coffee because “people have an emotional connection to it.” His move into the coffee business came after a big snowboard crash.

After Alex Yoder spent just a couple of years as a professional snowboarder, two events changed the course of his career and life.

First, Yoder suffered a severe concussion while filming on an 80-foot gap jump in Mosquito Creek.

“In the air I felt like everything was golden,” he said. “As soon as I had that feeling and came around to spot my landing, I hit a wall. It felt like two cars hitting each other at full speed, but it was actually my jaw hitting my knee and knocking me out.”

Yoder walked away from the crash without any injuries to his extremities, but he had a serious decision to make. If he continued pushing his limits on massive freeriding features, he could suffer an irreparable disability. If he stopped, he was lost.

“I zoomed out a bit and just started to accept the fact that maybe that wasn’t going to work out,” he said. “Maybe I would have give up on my dream.

“It was a tough pill to swallow, but the alternative was potentially being severely brain damaged or brain dead.”

Enter Gentemstick, the Japanese “snowsurf” company that was founded on a philosophy of “the absolute blessing of the raw nature or the natural passage that connects you to everything else.” The season after his fateful collision, Yoder became the first American to be sponsored by the company. He took a trip to Japan, where he spent a week riding with Gentemstick founder Taro Tomai.

“They perceive the sport in a completely different way. It was a conduit to experience nature,” he said.

Since that time, Yoder has left behind the massive airs and cliff drops that characterized his early career. He has instead focused on place-based narrative filmmaking that incorporates backcountry riding. Two of his films, “Right to Roam” and “Foothills: The Unlinked Heritage of Snowboarding,” can be viewed on Patagonia’s YouTube channel.

Through his work with Gentemstick and Patagonia, Yoder became more and more interested in environmental activism. It was no longer enough to explore the natural world through his work; he wanted to use his privilege and influence to conserve it. But the path to that work was not so clear at first.

“I felt like social media was my main outlet to share how I felt about environmental activism and what solutions that I felt were effective,” Yoder said. “People refer to social media activism as armchair activism. It didn’t feel as fulfilling or as effective as I would have liked.”

A few years ago, Yoder began researching regenerative agriculture and permaculture. He was inspired by a personal hero, Yvon Chouinard, whose company had connected outdoorsy consumers with sustainably grown food in 2012 with the launch of Patagonia Provisions.

An idea was starting to form. He wanted to connect people in his sphere of influence to farmers who employed sustainable practices. Now he just had to decide what to sell.

Yoder immediately thought of coffee. His lifelong aversion to habit-forming substances had kept him from ever drinking the stuff, but he had always loved the smell of it.

“When I was a kid I would literally wake up early and make coffee for my parents. It probably sounds like a pretty big score for them, but I just really enjoyed the smell and the process of making it.”

He ran the idea by Chouinard, who was staying in Jackson for the season.

Yoder also said he is an alumnus of the Start Up Institute and learned a lot from co-creators Sandy Hessler and Liza Millet.

Yoder founded Overview Coffee last summer. The company now has a line of six blends and beans for sale on its website, and both Persephones in Jackson and Basecamp in Wilson are brewing it fresh every day. Each Overview bean comes from a small sustainable operation, and, therefore, each bean has a story behind it.

For instance, the latest batch of “Earthrise” beans came from a farm in Columbia that is operated by quality control specialist and permaculture practitioner Frank Torres. Torres uses regenerative practices such as planting shade trees to provide the ideal microclimate for his coffee plants and encouraging pollination through beekeeping.

Because of the strict and somewhat nebulous requirements that Overview is dedicated to, the sources of its coffee will likely change month to month and year to year.

“We can’t buy tons of coffee and maintain the same bean over years,” Yoder said. “We’re choosing coffee to sort of sit within a flavor profile, but we’ll be interchanging what beans actually go in those bags.”

The ephemeral nature of Overview’s selection ties in nicely to its mission. When a farm successfully mimics natural ecology, the life within it is diverse and subject to change. While regenerative practices promote soil health by fostering a rich below-ground microbial community, Yoder also hopes to spread long-lasting roots through his work.

The company is named after the “overview effect,” the cognitive shift in awareness that astronauts experience when they see Earth from space for the first time.

“Our goal is basically to use coffee as a conduit for people to have this realization that we live on this planet that is very biodiverse and amazing,” Yoder said. “We can make simple choices to preserve that.”

“I felt that it was important to focus on something that people would miss if it were gone.” — Alex Yoder overview coffee