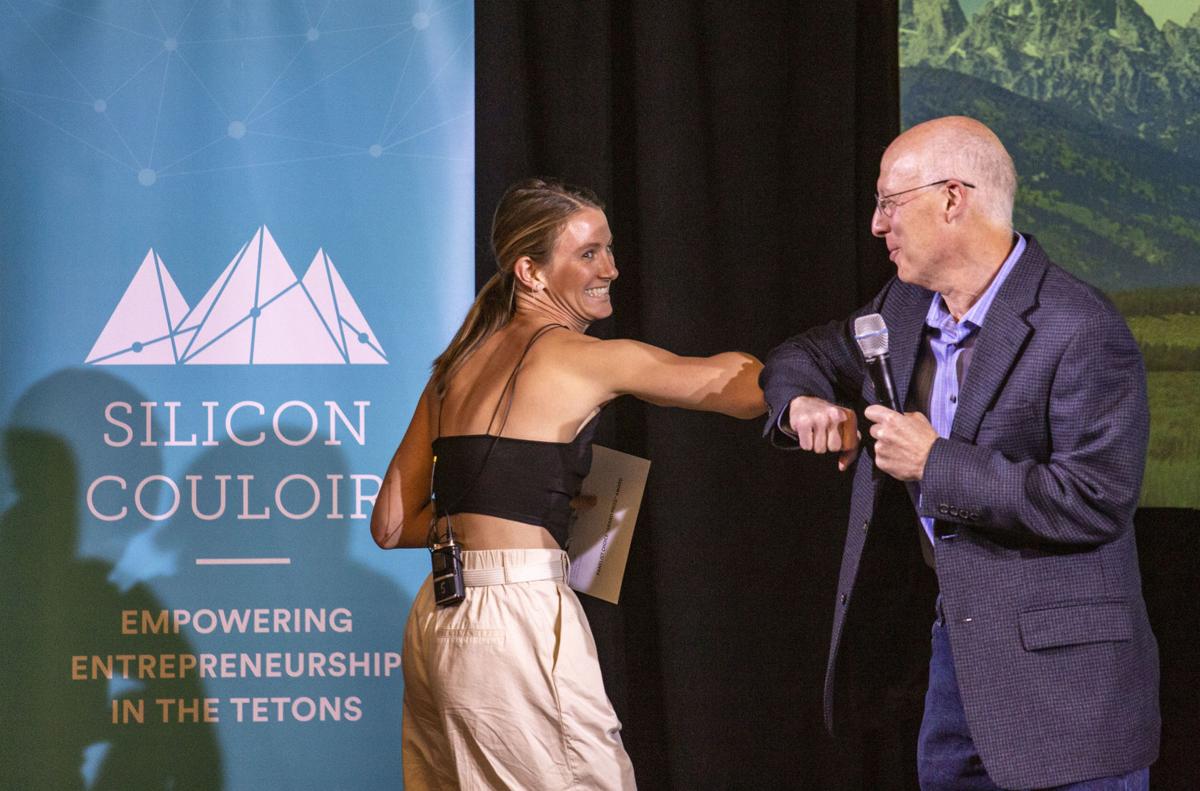 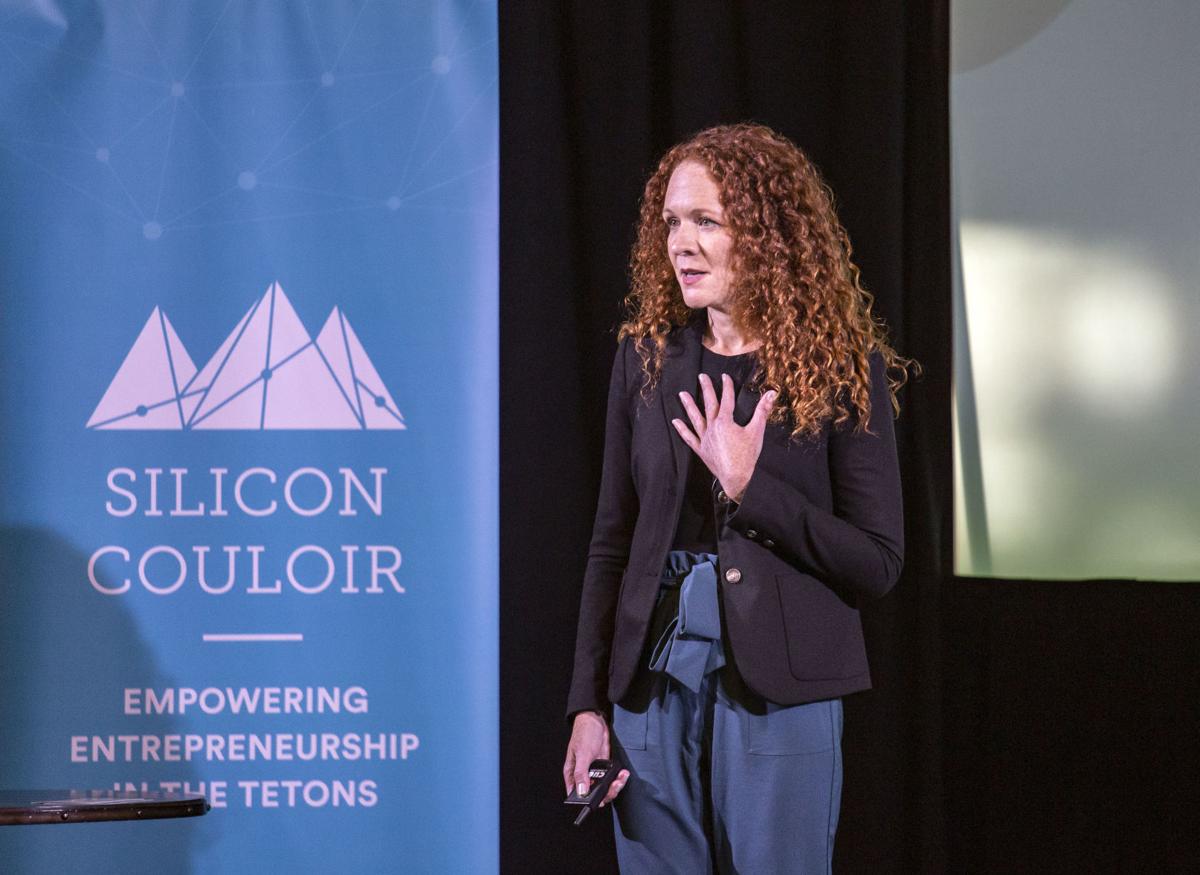 Heather Smith, founder of Juliet, won the Bob Arndt Community Caretaker Award, earning her $2,500, six months of free use of The Cowork Space and an invitation to join Silicon Couloir’s mentoring program, TEAMS. 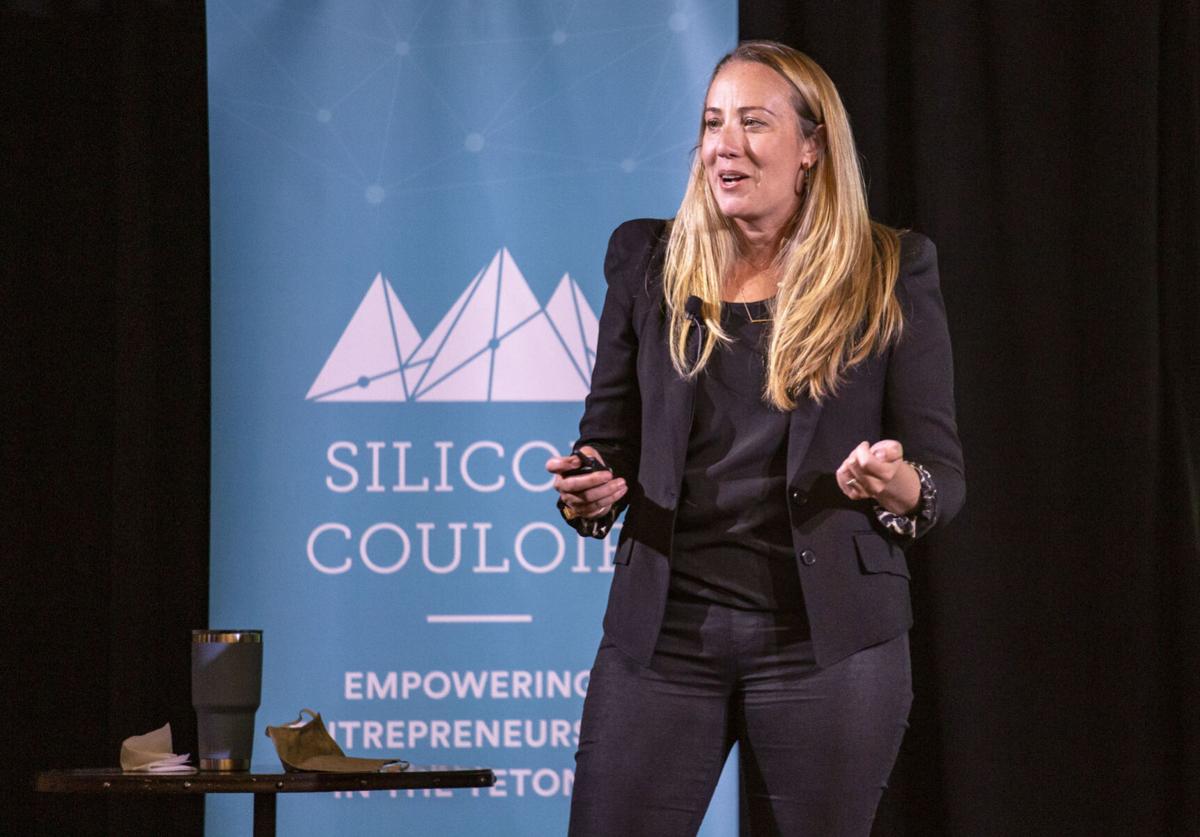 Happyly founder Caitlin Iseler won the Audience Choice Award during Silicon Couloir’s ninth annual Pitch Day on Sept. 30, earning her $5,000 plus one year of free use of The Cowork Space on East Broadway. 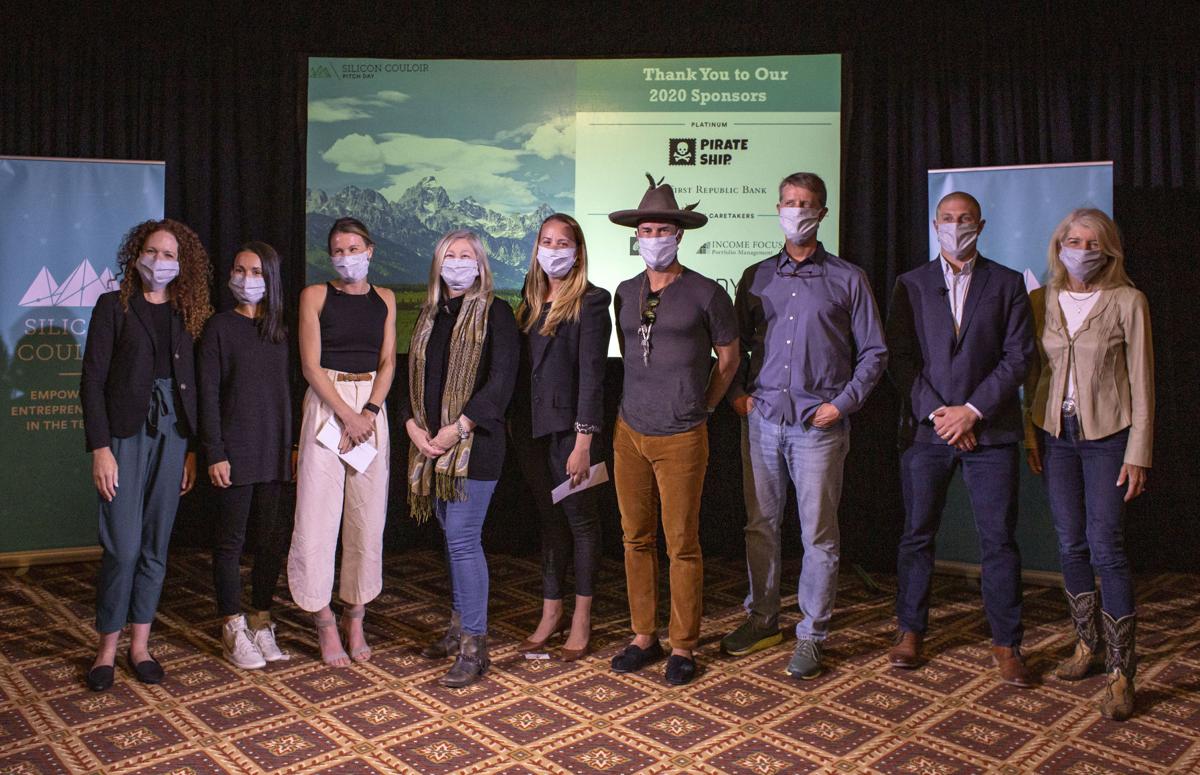 Heather Smith, founder of Juliet, won the Bob Arndt Community Caretaker Award, earning her $2,500, six months of free use of The Cowork Space and an invitation to join Silicon Couloir’s mentoring program, TEAMS.

Happyly founder Caitlin Iseler won the Audience Choice Award during Silicon Couloir’s ninth annual Pitch Day on Sept. 30, earning her $5,000 plus one year of free use of The Cowork Space on East Broadway.

Standing up and speaking to a room of masked judges and a masked camera crew might intimidate some people, but not Monica Grohne.

During last week’s Pitch Day she spoke confidently to the judges arrayed at socially distanced desks in front of her and to an audience watching via livestream about Marea, her direct-to-consumer company that sells a drinkable multivitamin formulated to ease menstrual problems.

“I quite enjoy public speaking,” Grohne said Monday. “For me it was really just an awesome opportunity to share our business and educate people about what we were doing. It was more exciting than nerve-wracking or intimidating.”

Grohne said she was impressed by the four other Wydaho entrepreneurs who also gave presentations and fielded questions from the judges during the ninth annual “Shark Tank”-style competition held by Silicon Couloir.

“Everyone had a great chance,” she said.

But in the end it was Grohne and her business that won the $10,000 Panelist Choice Award. The judges made their choice based on, among other things, which company they saw as having the strongest chance for success and highest likelihood of being funded.

The other presenters included Nikki Beck of Ndiyo (Swahili for yes), an online aerial movement platform with a variety of classes, including yoga-, Pilates- and spinal decompression-oriented styles, and manuals. Like Peloton but for aerial movement is how she described it. Beck plans a soft launch next month.

David Lymburn presented Go Green Home Supply, a company he founded with his wife, Kendra, as a one-stop shop for people looking for eco-friendly building materials. After starting with educational content at GoGreenHomeSupply.com they are gearing up to launch an e-commerce store.

Two other presenters besides Grohne went home with prizes.

Parents may get to spend only about 10 hours of quality time a week with their children, she told Pitch Day judges and spectators.

“This is not a lot of time; we want to make it count.”

The Audience Choice prize is $5,000 and one year of free use of The Cowork Space on East Broadway.

Some 400-plus spectators voted by text for the Audience Choice Award, and they weren’t just locals. Traditionally Pitch Day is held in front of a live audience at the Center for the Arts. Moving it online in this pandemic year gave it a wider reach.

The third prize of the day, the Bob Arndt Community Caretaker Award, went to Heather Smith, whose business, Juliet, will begin selling early-result pregnancy tests and ovulation tests online individually and by subscription in December.

Smith aims to take away the awkwardness, embarrassment and even shame and guilt that women feel when buying those tests in person. Whether they are single, married, just starting their journey toward conceiving or going through infertility treatments, they are apt to receive unwanted looks, comments and questions.

The tests purchased from Juliet will arrive in beautiful packaging, and the first thing women will see when they open the box is an affirmation conveying the message “you’re worthy, you’re enough.”

“All of us have been hiding pregnancy tests under our arm or under our groceries” or other purchases, Smith said. “Everyone wants to avoid that awkward question at the grocery line. ... I’m bringing the power of our personal decisions as women back to women.”

Juliet will donate a share of profits to organizations that provide underserved women with access to prenatal health care and to women’s rights initiatives. Those that Smith has in mind include Black Mamas Matter and Planned Parenthood Global.

As part of being finalists, Smith and the other Pitch Day presenters benefited from coaching sessions with business and investment experts leading up to the big day.

“There were questions that they had that I wouldn’t have known I needed to answer,” Smith said.

The Community Caretaker Award, named for the late Jackson Hole businessman, is presented to the entrepreneur or venture whose team company “best embodies the core values and mission of Silicon Couloir, which is to align entrepreneurship with community vision to promote a diverse economy and healthy environment for current and future generations.”

The award brings $2,500 and also six months of free use of The Cowork Space and an invitation to join Silicon Couloir’s mentoring program, called TEAMS.

Smith said the cash will help with product purchases. She also recently hired a marketing and content strategist to figure out messaging and “the type of engagement we want to create with women.”

As for Grohne, some of her $10,000 prize will go to customer acquisition and some to inventory. Money aside, her win was “great exposure,” she said. And perhaps that will hook her up with some investors: “I’ve definitely had some people interested to learn more and some people implying that they may potentially be interested in supporting us,” she said.

At SiliconCouloir.com/pitch-day you can see a video of the event.