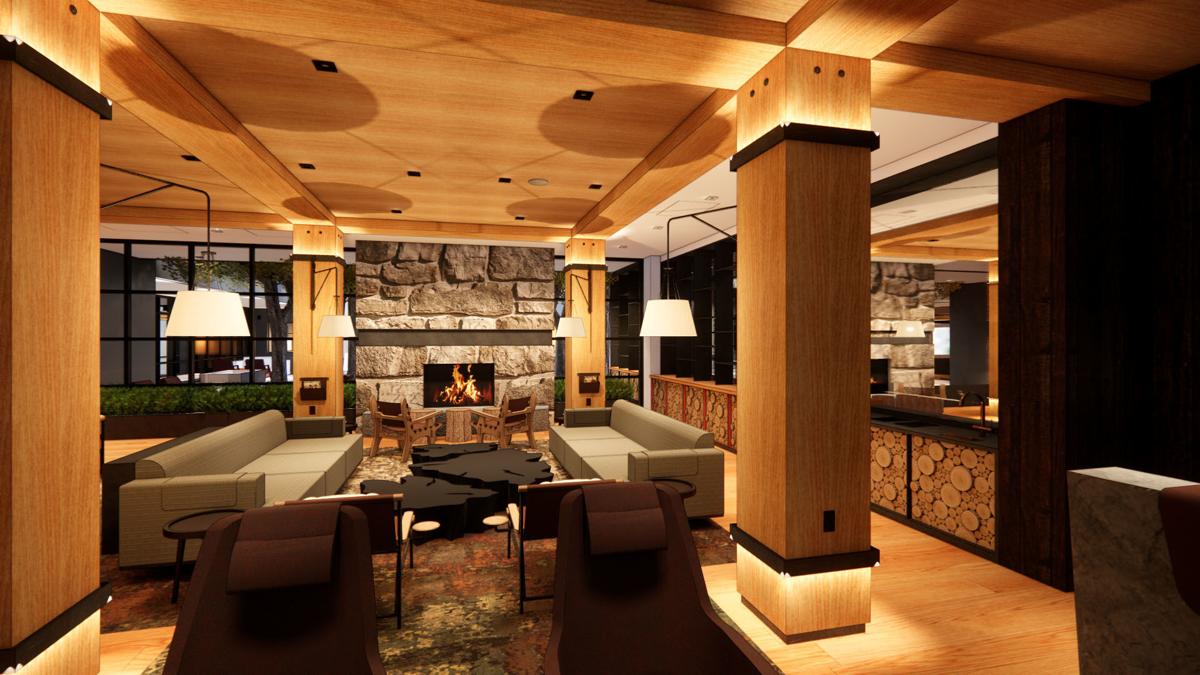 The Cloudveil will open on Center Street in the spring. The hotel, a Crystal Creek Capital project, was designed by interior designers TruexCullins and architectural firms CLB and the IBI Group. This rendering shows how the lobby will look in a few months. 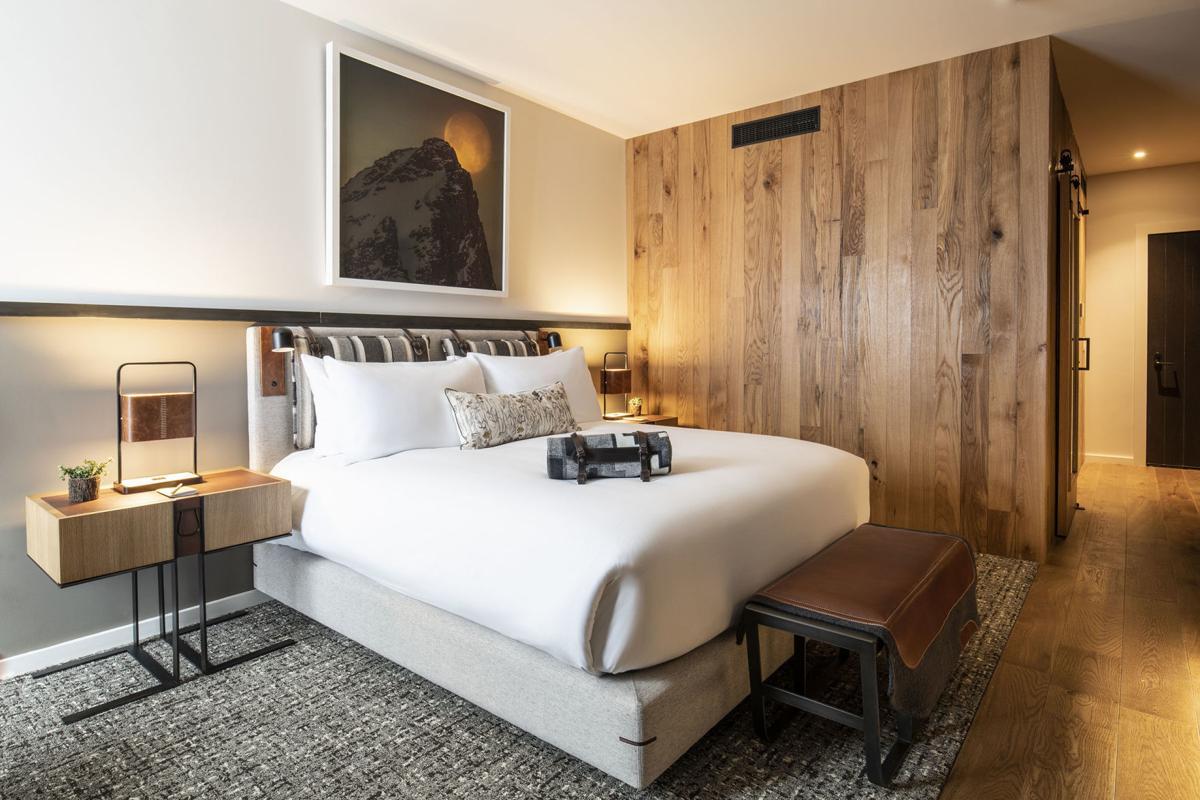 The Cloudveil will have 100 guest rooms. 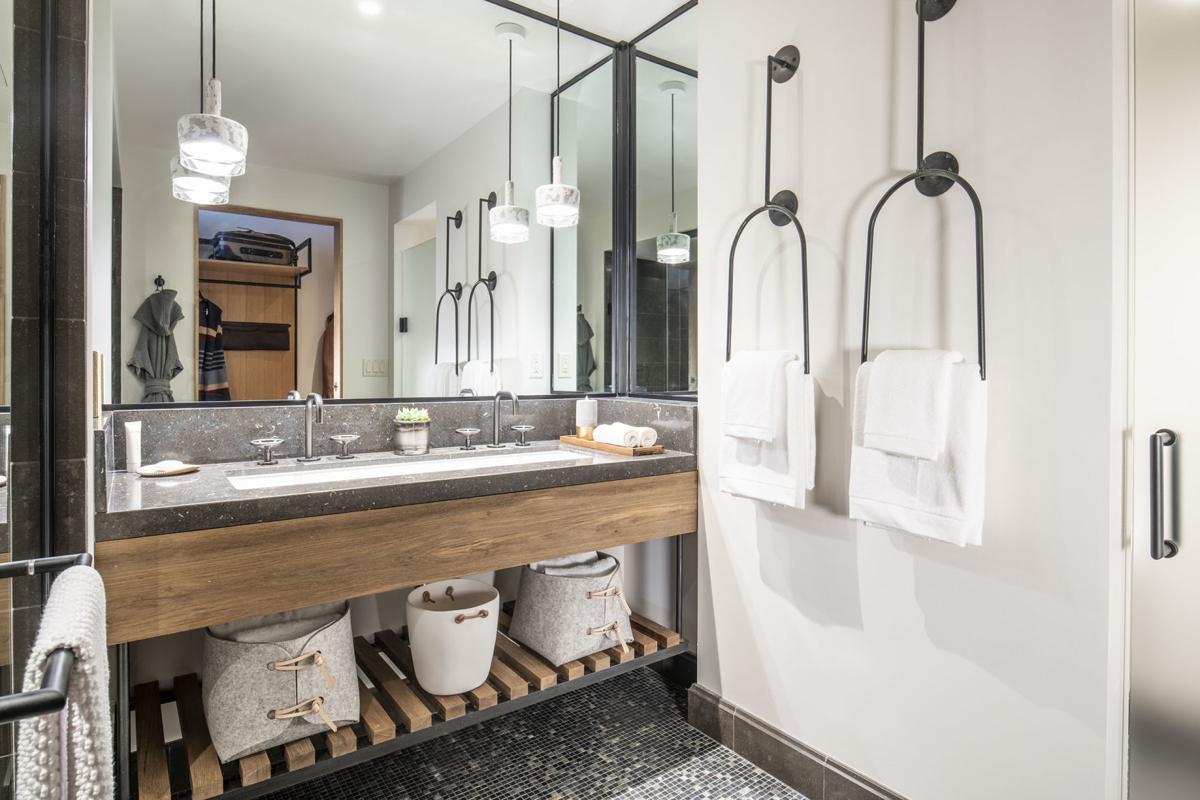 The Cloudveil will open on Center Street in the spring. The hotel, a Crystal Creek Capital project, was designed by interior designers TruexCullins and architectural firms CLB and the IBI Group. This rendering shows how the lobby will look in a few months.

The Cloudveil will have 100 guest rooms.

Jackson has a Cloudveil up high in the Tetons and soon we’ll have another one on Town Square.

The Cloudveil is the name of the hotel being built on Center Street between Deloney and Gill avenues.

Jackson’s newest hotel (formally named The Cloudveil, an Autograph Collection hotel) will begin taking reservations at the end of November and welcome its first guests in May at rates starting at $450 a night.

“It’s definitely a luxury hotel,” said Jamie Yarrow, who heads the hospitality arm of Crystal Creek Capital, the company behind the project.

Last week Yarrow and Bruce Grosbety, general manager of The Cloudveil, gave a hard-hat tour of the hotel, which will have 100 guest rooms and suites, a bistro-style restaurant, retail space, underground parking, an outdoor pool, a fitness center, employee housing and 7,500 square feet of indoor-outdoor function space, including a rooftop deck with great views of Town Square and Snow King Mountain.

Designed by architectural firms CLB and the IBI Group and interior designers TruexCullins, the hotel is being created to bring the outdoors in and convey a sense of place to visitors and locals.

Kemmerer stone fronts the Center Street face of the hotel. Aspen trees in the lobby will rise through the ceiling into the meeting space above. A grand staircase climbs from lobby to rooftop deck along a stone wall that makes it look like it was carved out of a mountain. A 3,000-pound boulder will serve as the reception desk.

Through elements like those the idea is to “connect guests with the parks and the ecosystem,” Yarrow said. “When they come back from a day in the parks … they’re never disconnected from the beauty of Jackson Hole.”

Even the name of the hotel ties in with that. Cloudveil Dome, a peak in the central part of the Tetons, is “a geographic reference of significance,” Yarrow said.

And not to forget wildlife. When guests walk through the hallways to and from their rooms they’ll see huge screens with videos of bears, bison, elk, moose and other regional wildlife.

Screens in the meeting space will display videos of landscapes, while videos behind the front desk will star “legends,” the well-known and even lesser-known people important to what Jackson Hole is.

The hotel’s sense of place will also incorporate references to Jackson Hole’s Western heritage. Guest bathroom sinks look like water troughs, for example, with faucets shaped like wheels. Bathroom towel racks are fashioned to like stirrups. Mantels in rooms with fireplaces will be constructed of old barn wood.

The Cloudveil occupies the space that used to be Jackson State Bank and then Wells Fargo.

One hope for the new hotel is that it will enliven a stretch of Center Street that perhaps might not have been so inviting to Town Square strollers when a bank was a big presence on one side.

“It extends the Town Square experience on all sides,” Grosbety said.

The restaurant will be on the street level facing Center Street and will have some patio seating. Gavin Fine of Fine Dining Restaurant Group will, in the words of a press release, “helm all of the culinary offerings of the hotel, bringing a refined bistro menu and an expansive raw bar” to the locale.

The hotel’s owners have tried to make the hotel feel like a place for locals, not just out-of-towners. A large entrance to the new restaurant, for example, will directly connect to the lobby, which seats 54. People will be able to sit there and have drinks and appetizers while they’re waiting for a table.

The rooftop terrace will have lighting, comfortable seating, fire pits, garden features, and, for bad weather, a system of canopies.

The hotel owners plan to bring stargazing, daybreak yoga and meditation, live music and other programing to the deck that locals as well as out-of-towners can enjoy.

“We see it as a hub for community events,” Yarrow said.

He and Grosbety met years ago at the Four Seasons in Boston, but by now they’re Jackson Hole long-timers with family roots here and extensive local hotel experience. They want residents to know how much work they’ve put into linking this new hotel to the community.

They also emphasize that the hotel’s parking configuration was designed so as to not add traffic pressure to Town Square. On the King Street side of the property guests will drive into a landscaped courtyard and leave their cars for valet parking in stacked spaces underground.

The King Street side is also the site of its employee housing, a mix of dormitory- and apartment-style units. The Cloudveil will employ 50 full- and part-time people.

This is only the latest big project for Crystal Creek Capital in Jackson Hole. Another recent one is One Town Hill, the luxury condo project at the base of Snow King Mountain.

On the lodging side, Crystal Creek bought the Painted Buffalo Inn in 2016 and then, after a major renovation, unveiled it in 2017 as the Mountain Modern Motel.

At the close of 2017, Crystal Creek purchased Jackson’s SpringHill Suites by Marriott, which had just opened that spring.

Autograph Collection Hotels is also a Marriott brand. It’s a portfolio of independently owned and operated hotels that range, in Marriott’s words, from “boutique to luxury, each offering unique perspectives on design, craft and hospitality.”

The Cloudveil is the first Autograph Collection hotel in Wyoming.

Being part of the Autograph Collection “gives us the platform of a professional large entity to market” The Cloudveil, Yarrow said.