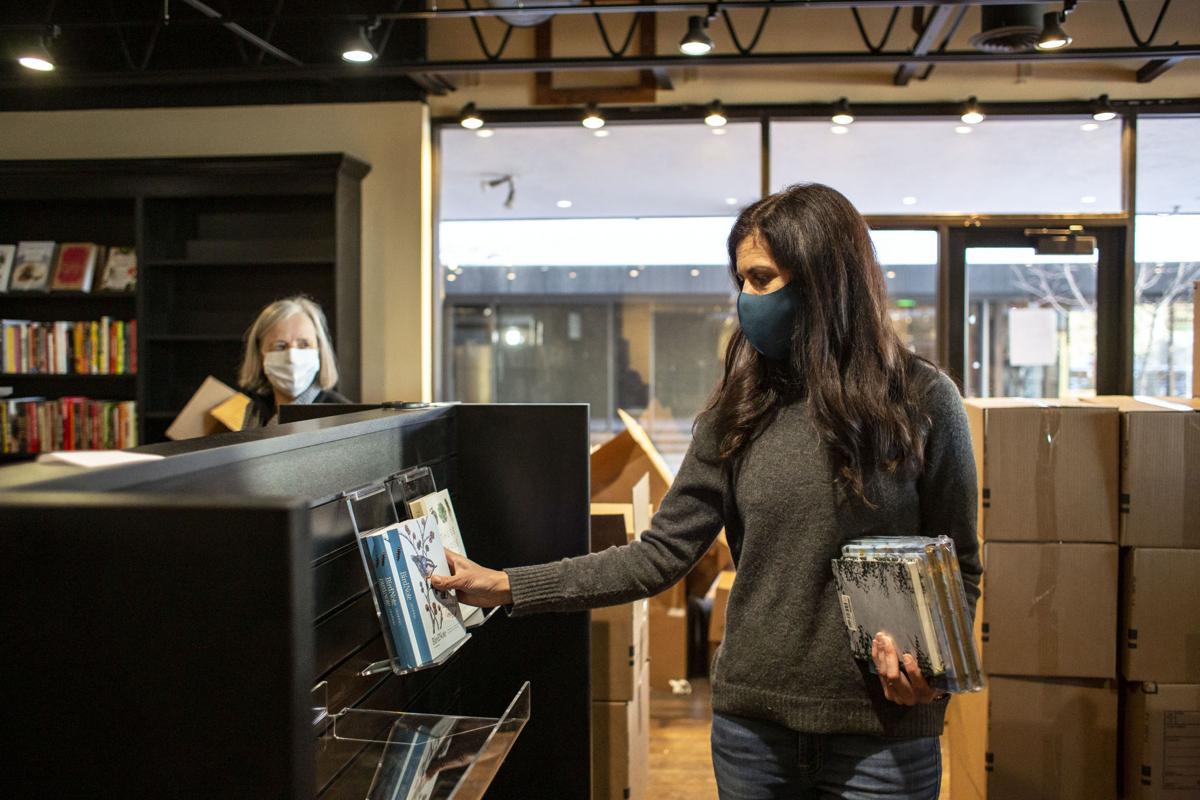 Wendy Dodson, the new owner of Valley Bookstore, unpacks books last Saturday at the store’s new location on 140 E. Broadway. Dodson plans to officially open on Saturday, Dec. 12, but it’s possible she and her staff could finish setting up sooner than anticipated and welcome customers into the store as early as today. 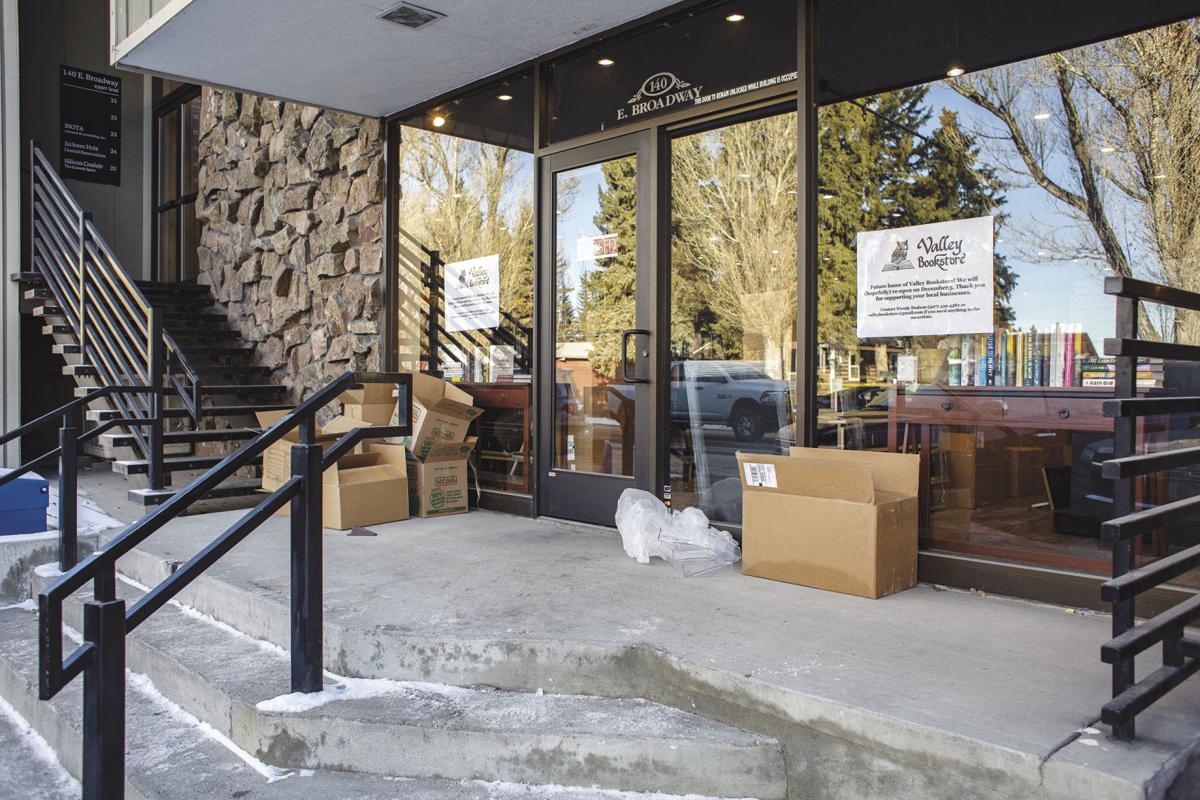 Valley Bookstore is now located on 140 E. Broadway, and is set to officially open on Saturday, Dec. 12. 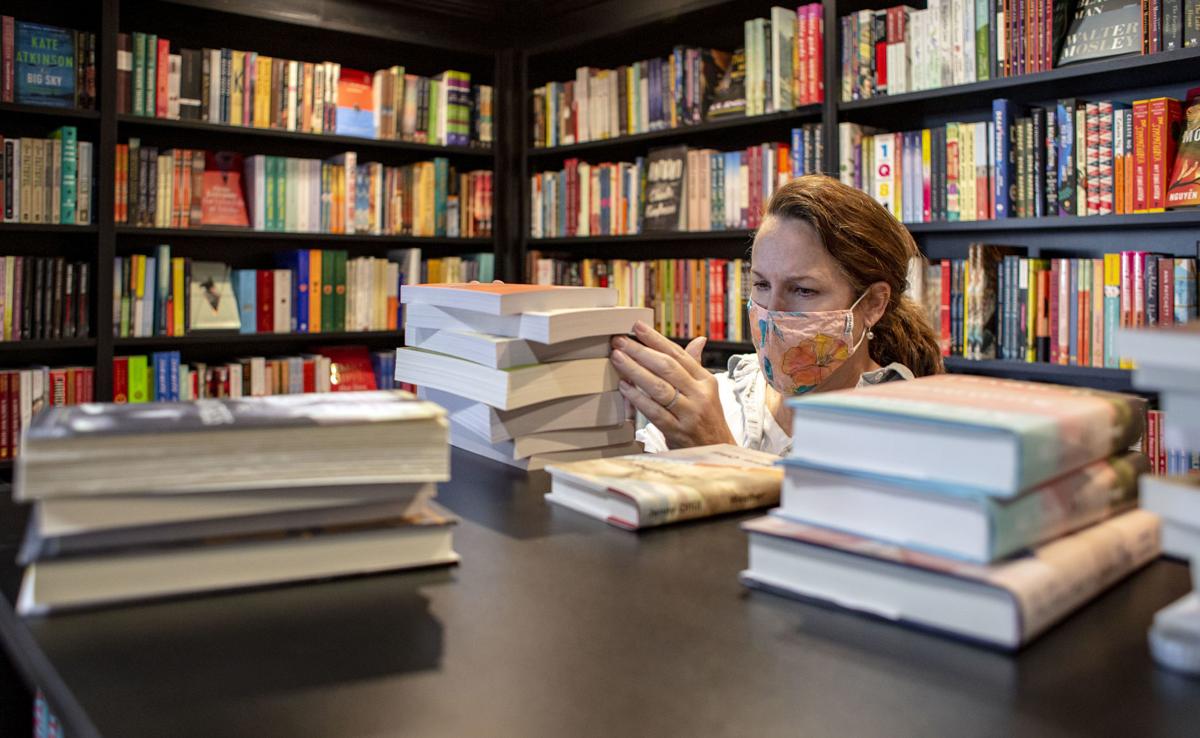 Wendy Dodson, the new owner of Valley Bookstore, unpacks books last Saturday at the store’s new location on 140 E. Broadway. Dodson plans to officially open on Saturday, Dec. 12, but it’s possible she and her staff could finish setting up sooner than anticipated and welcome customers into the store as early as today.

Valley Bookstore is now located on 140 E. Broadway, and is set to officially open on Saturday, Dec. 12.

Book buyers accustomed to making their rounds on autopilot will have to break themselves of a decades-old habit and learn a new route in coming days — maybe as early as today.

Valley Bookstore plans to reopen after being closed a month, days during which the new owner has moved the business to a new location across Town Square and half a block down Broadway to the east.

Owner Wendy Dodson has decided, though, to limit disruption to longtime customers by keeping the same employees.

“I hope the new store has the same charm as the old one but a little more room to roam,” Dodson said. “I expect to keep most of what the store has had but to put my own stamp on it.”

Dodson bought the business from Steve Ashley, who ran it starting in 1977, most of that time in a back corner of Gaslight Alley, on West Deloney Avenue.

“Steve put his heart and soul in this business, so it’s only right that somebody just as passionate takes over,” Dodson said. “This bookstore keeps the community vibrant and well-read.”

The new location is the old home of Teton Kids, at 140 E. Broadway across from Cafe Genevieve and Persephone. Across the courtyard is Trailside Galleries; the courtyard has trees and space to sit.

Dodson said Monday she might be able to open today, though she has been advertising a Saturday, Dec. 12 opening. Surrounded last week by remodeling and the mess of assembling new shelves, she hoped to be early: “As soon as I can open I will.

“All we’ve done recently is spend money, and if we can sell a book we will open the doors.”

“It’s a good location,” said Stacey Smith, a 30-year employee who said she misses Ashley but is pleased with the turnover. “We knew the sale was coming, and now we know Wendy, and she’s a great gal.”

Ashley’s plans to retire were pushed along by health problems.

The new store, somewhere near 1,500 square feet, Dodson said, has space for all the usual sections housed at Gaslight Alley, and she hopes enough room for some new kids’ offerings, like puzzles and games. Dodson is already plugged in to book clubs and hopes for book signings and other events. Valley Bookstore has also greatly improved its ability to sell online via ValleyBookstore.com. Dodson said she spent “hundreds of hours” getting the website in working order.

She said she was lucky the move was so easy. She bought the business in September and had a new lease within weeks. She saw a couple of places she didn’t like, and, following a rumor, arrived on East Broadway asking about another space, which turned out to be not available. But the owner of the first space, Kismet Fine Rugs owner Jeff Neishabouri, directed her to the Teton Kids space, which he knew was opening up. Dodson “signed the lease that day.”

The space is owned by Dr. Dennis Lyman. Dodson said he made it easy because “he really wanted the book store” to move in. Most of the remodeling that customers will see is being done by RH Handyman, run by Rene Hernandez.

Valley Bookstore traces its beginning to 1949, when books were part of the stock at The Valley Store, along with stationery and art supplies. The business was founded by Dick and Fran Lange. It operated several years in the newly built Pink Garter building in the early 1970s, then moved to where Cowboy Coffee now does business after Ashley bought it.