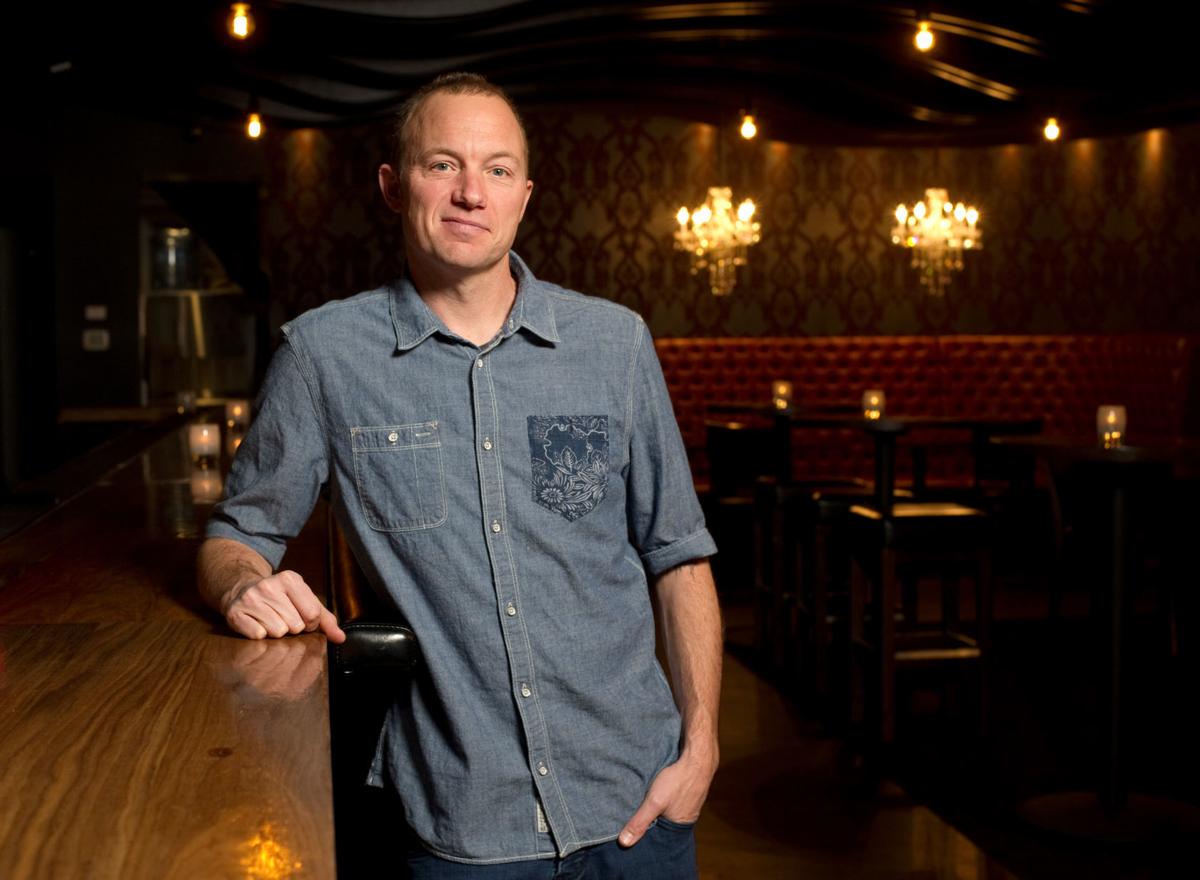 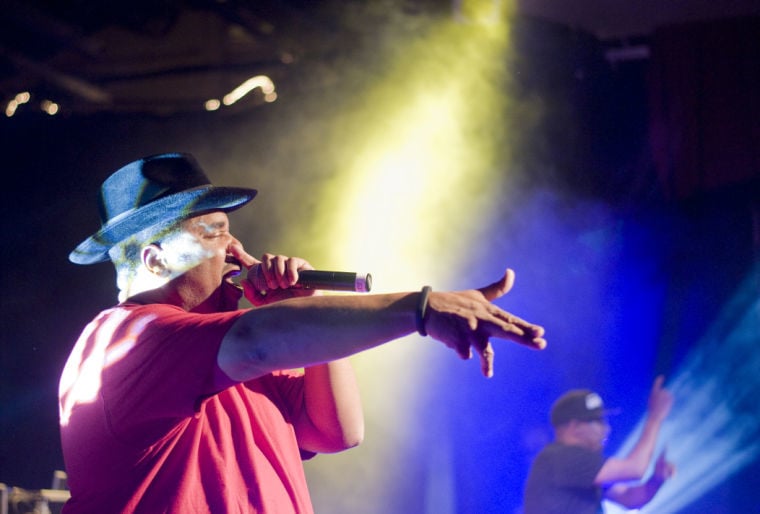 Nearly 70 years after the name first became part of the Jackson entertainment scene, the lights have gone out at the Pink Garter Theatre.

And the next act for the historic venue hasn’t been written.

Pink Garter Plaza owner Dudley Miller said last week he is talking to people who might take over the 13,500 square feet in the building that has been occupied by the theater and the adjacent bar, The Rose.

“We’ve got some leads, but that’s about the extent of it,” Miller said from his home in Mexico, Missouri. “It’s not dead in the water.”

But the attraction of the space, close to the high-rent Town Square business district, might not be concerts and shows, as it has been in one form or another since 1969.

Dom Gagliardi has run the bar and theater for more than a decade. He said public reaction has been dismay, but the struggling business couldn’t survive the hit of closings forced by the coronavirus.

“The shutdown of business due to the COVID-19 pandemic,” he said, “halted crucial income used to get through a normal spring shoulder season. ... We lost out on quite a bit of income we counted on.”

“With no assemblies for the theater in sight, and the concert industry effectively shut down, The Rose LLC was forced to vacate the theater portion of the lease.”

“Over two days there’s been a kind of an outpouring of people reaching out on social media about the amazing times they had in that theater,” Gagliardi said.

The theater space might be taken on as-is by new management, Miller said, but that’s not a guarantee.

“It’s sad something that’s been around that many years would disappear,” he said, but “we’re not sure it will be a theater, though it could possibly have live entertainment on occasion.

“We’re open for anything. We’ll listen to anybody’s thoughts or ideas. We’re not married to a theater.”

If Miller finds a new tenant with plans that don’t include entertainment it would be difficult to turn down the offer, he said. That might even include remodeling that not only closes the theater but turns its space into something else.

Work on the three-story building began in 1969 but wasn’t officially done until 1971. The 28,060-square-foot structure, including about 9,800 feet of finished basement, sits on a lot of 0.34 acres. The county assessor values the property at about $8.9 million.

Besides the theater and bar, the building houses the popular Pinky G’s Pizzeria, Jackson Hole Roasters, Whiskey Barber and several other businesses, including a tattoo artist and a church in the basement.

Miller said he has owned the building about a dozen years. He said losing his longtime tenant in the middle of the pandemic was a serious financial blow, but he predicted better times, though adding that the Pink Garter hasn’t been the best of investments.

Miller believes the business model was a central part of the problem.

“In my opinion, nothing runs itself,” he said. “I think management had a lot to do with it.”

A big factor, he said, was that Gagliardi “catered to the younger generation rather than the older generation.”

But Gagliardi said the mix of music at the Pink Garter suited many in the community, and the 350-capacity space was often filled. The aim in booking, he said, was to be “out of the normal thought process for the Center for the Arts.”

Gagliardi took on the Garter in November 2008 and was encourged by “overwhelmingly positive” response to an early Grace Potter show. Though there have been forgettable acts in the space since then, the Garter stage has also been occupied by Band Of Horses, Public Enemy, TV on the Radio, Sharon Jones and the Dap Kings, ODESZA, Buckethead and a solo show by Jack White, known for his work with White Stripes. Over the theater’s life it ran the range from hosting the Wyoming Junior Miss Pageant to drawing a raucous Halloween crowd for “The Rocky Horror Picture Show.”

But even after obtaining a liquor license for The Rose, the big space had trouble paying its own way, Gagliardi said. He told the News&Guide in December that “it’s been difficult to make the finances work. ... It’s just been daunting to earn enough income to cover all that square footage.”

He said Monday that “it’s a big lease, a lot of money.”

Gagliardi and Miller haggled over the lease in December and came to a conclusion that Gagliardi thought would allow the operation to continue. But he said last week that the pandemic has killed hopes.

Gagliardi said plans are for The Rose to reopen when health officials give their approval. There might be entertainment offered in the theater “if possible.”

But he isn’t confident about that and is prepared for an end to the business as it’s been operated.

“It is sad to end what we have created in the Pink Garter, so many amazing concerts have happened in there and brought a lot of happiness to people,” he said. “Unfortunately we are not in a financial position to carry this size lease any longer.”

The woman who created The Pink Garter

It was almost The Red Garter.

Only a last-minute talk with a friend changed the mind of Paula Jeffrey, a colorful Jackson resident who came  up with the name for a new town theater company and then took the name with her after a business dispute led her to work with developers on what is now known as Pink Garter Plaza.

Jeffrey was a bit of a mystery. She arrived in town with a boyfriend in 1956, described in a Jackson Hole Guide story as "flat broke" after a failed development deal in Washington state. When their car broke down in Jackson, Jeffrey and her friend decided to spend the  weekend, but as the story said, "the weekend turned into years."

Jeffrey worked as a clerk at The Roundup and in 1959 created The Pink Garter, the first live theater in Jackson. It operated in the current home of the Jackson Hole Playhouse, a building owned by the Cheney family.

Jeffrey told her friend Vera Cheney her idea for the "Red Garter." In Jeffrey's 1982 obituary in the Guide, Cheney told her she thought the name was "a little bit 'too, too' for Jackson," and they changed it to The Pink Garter.

The theater offered a variety of live performances, from Western melodramas to more conventional theater. But Jeffrey and the Cheneys eventually had a falling out.

Attribute that — if her obit is to be credited — to the fact that Paul Jeffrey was a bit larger than life, certainly life in Jackson. Her obit called her an "energetic, flamboyant ... lady who drove a big white Lincoln Continental." But it also said she suffered from "too much drinking, too much gambling and poor business management."

When the Cheneys sold the building, Jeffrey lost the home for her theater troupe, but she kept the name. Shortly after the sale, Jeffrey and about a hundred friends went into the building  and "rescued" tons of costumes, antiques, props, lighting and stage sets that were part of the sale.

In 1969 Jeffrey put up a tent on the site of the current Pink Garter, land then owned by The Wort, and went on with her show. She announced plans for "Paula's Pink Garter Mall," work on which was soon underway. But Jeffrey soon defaulted on her bank loan. She left  town, returned for a year or two to work as a cook at the Triangle X dude ranch and then left the valley.

She died at age 76 in Albuquerque.

[sad] I echo Noah's sediments. I remember the Pink Garter over in the old location when Paula Jefferies had it. We have had Dirty Jacks, Jackson Hole Playhouse and I too agree that it seems the Old West Character of those Summer fun theater runs are going away. Last and Best of The ol West? Not anymore...Money talks, BS walks.Should be some help for this guy. Does not any of the hundreds of Multi Millionaires in the valley spare some of their "hard earned" money support theater in Jackson?

A serious loss to Jackson; there were indeed many memorable concerts and shows at the Pink Garter. We're at the front end of a very serious retrenchment in economic and cultural activity.