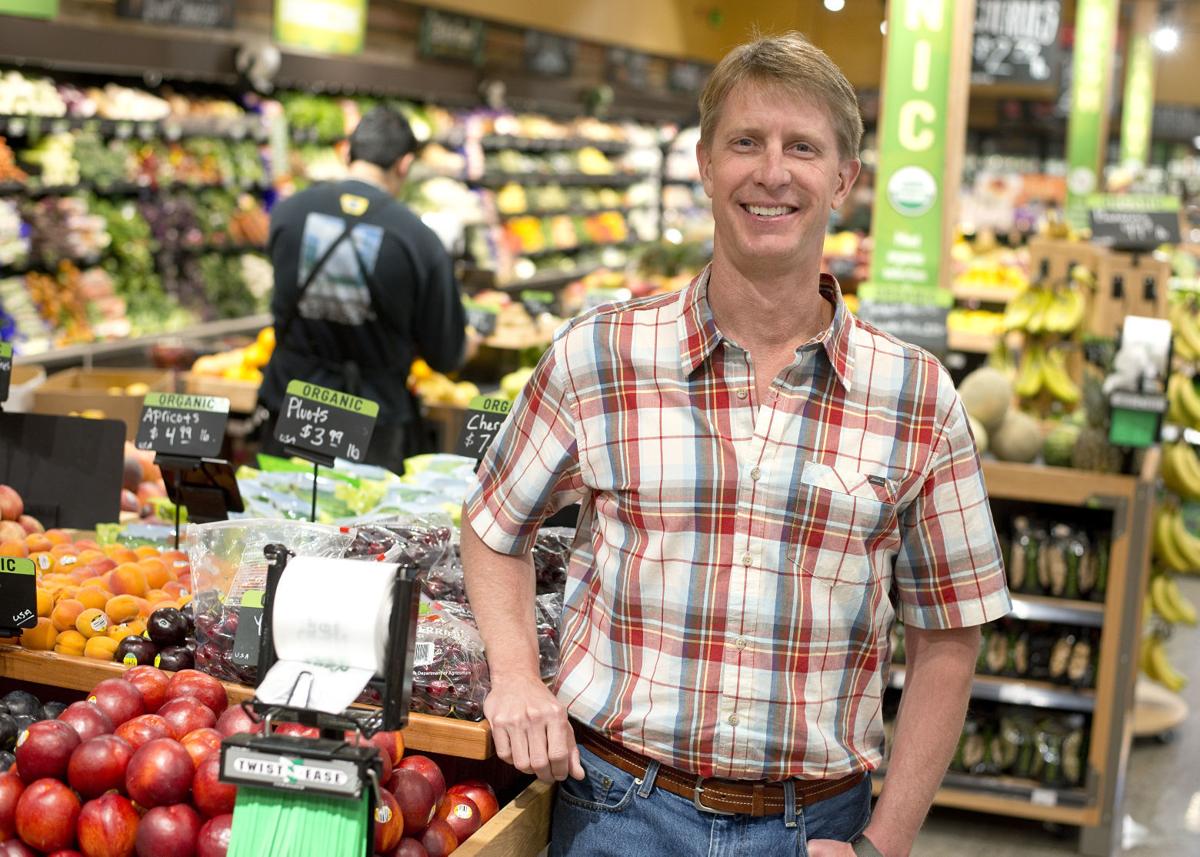 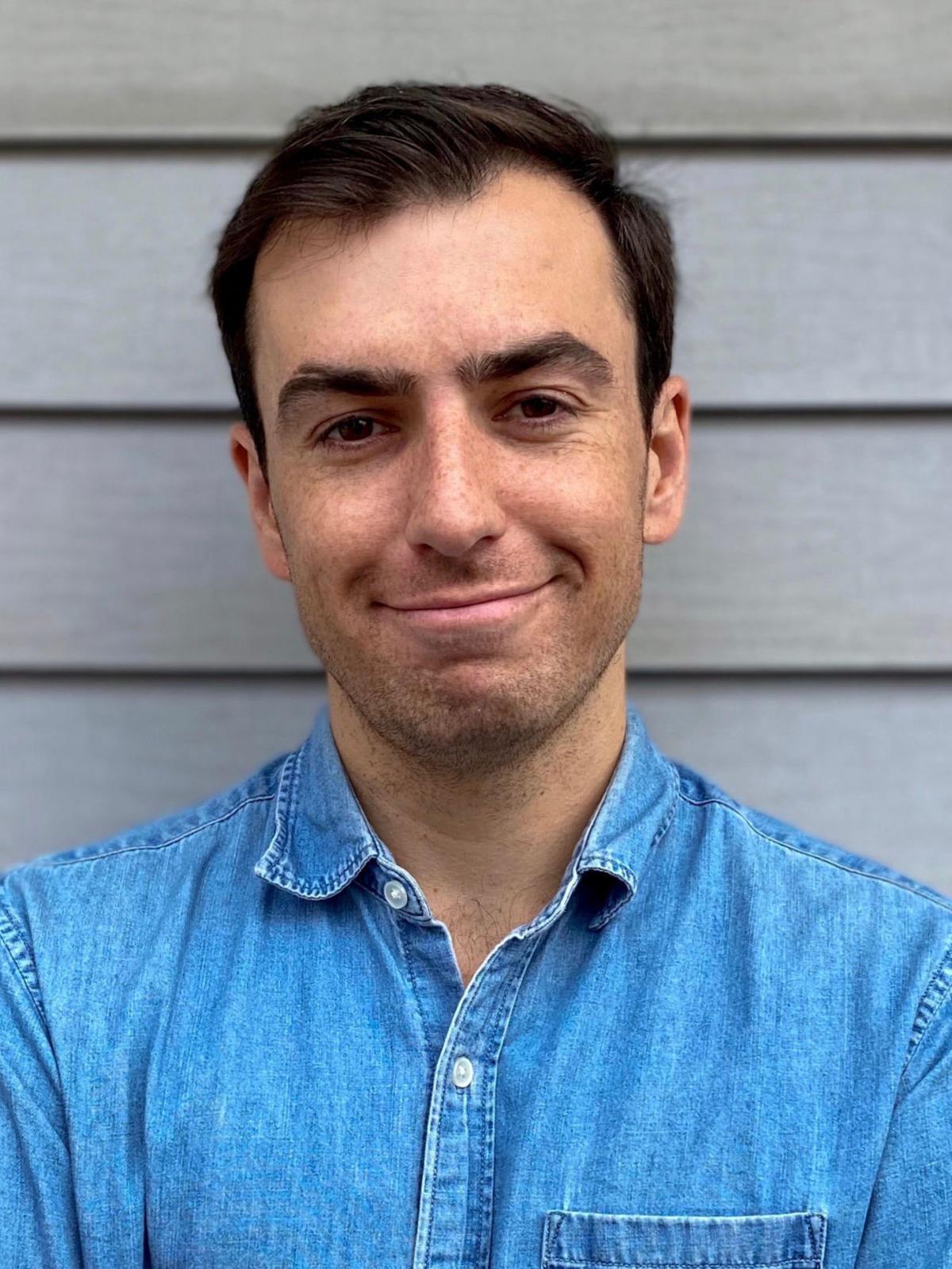 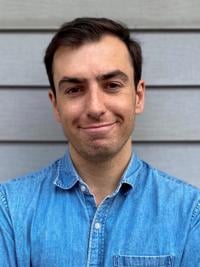 One day in 2010, Jeff Rice, owner of Jackson Whole Grocer, realized that the Rocky Mountain regional president of Whole Foods Market, along with several others from his management team, were sitting at his store’s juice bar in the Powderhorn Plaza. Whole Foods was scouting the Jackson market and it became clear over the coming couple of years that Whole Foods wanted to be in Jackson.

Shortly afterward they made an offer to buy the store and Jeff turned them down. Many years later in 2019, when Kmart announced it was closing and Lucky’s Market had recently pulled out of the market, Jeff was faced with the prospect that another grocer could enter using either of those spaces. What was the fate of the old Kmart and Lucky’s spaces — would a Whole Foods, Trader Joe’s or other national or specialty grocer appear? Jeff had already navigated through Lucky’s entry into the Jackson market and there was a rumor that Smith’s was eyeing the Kmart space for a second store. Another player was something Jeff kept a watchful eye on.

Jeff was comfortable dealing with such a prospect. In fact, Jeff thought he would run Whole Grocer for decades until only recently; “I’d have been happy to run this business for another decade or more,” he said recently via video call.

An entrepreneur most of his adult life, Jeff had been involved in various start-ups including a locally based pharmacy benefits management company in the mid-1990s and a regional internet service provider in the late ’90s. Back in the early ’90s, during Jeff’s first few years in Jackson, he sold lift tickets at Jackson Hole Ski Corp and was in sales for Sysco Intermountain. Tragedy struck his young family in 2005 when he abruptly and unexpectedly lost his wife, Wendy, to a heart arrhythmia disease. He was a single parent of two baby boys for five years thereafter. He then married his current wife, Darcy, reengaged his career life and acquired Whole Grocer from the Arndt family. Jeff and Darcy were drawn to a local community-oriented business and had a love of natural food.

Eleven years later Jeff is proud of what he accomplished at Jackson Whole Grocer. In the face of Whole Foods’ offer to buy the business in 2012, he and his team doubled down by relocating and expanding the store. In 2014 it moved to the current location of Whole Foods and was expanded from 14,000 square feet at the old location to 40,000 square feet at its current location.

Jeff commented that “pursuing the company’s mission of creating and sharing the JWG experience…was the really good stuff that came from my time at JWG. It was always a joy to see the community come together through food. It was a pleasure to watch the community in the aisles chatting, or customers engaging with employees while finding something or as they tried a sample of something new.”

The team — 140 strong when the sale finalized in February — is what Jeff holds most dear from his years at the helm of Whole Grocer.

“Our team truly made the magic happen and I will always be grateful for each of them and cherish our chapters spent together,” he said.

In recent years Jeff watched with great concern as stress and anxiety grew among his team at all levels of the company.

“While labor challenges across the country are certainly a current trend, the lack and cost of housing here is at the foundation of the systemic stress and anxiety in our community,” Jeff said. “There are a lot of people suffering as they try to make it here.”

From a business perspective, such dynamics are creating an increasingly unsustainable environment. Housing shortages lead to higher labor costs. While Jeff feels employees in Jackson need and deserve higher wages, high labor costs, even despite high sales volumes, don’t blend well with a business in the low-margin grocery industry. Jeff said that “a tipping point was realized when even higher paying leadership and management positions — directors of accounting, HR, IT, and marketing — were being affected by housing issues.”

Long before the business was sold, Whole Grocer’s accounting and HR offices had gone dark and such operations were outsourced. Such folks are finding it difficult to make it in Jackson. That in turn is resulting in a material shortage of qualified professionals.

The situation was “compromising fundamental operations within the company,” so when the Whole Foods opportunity came along Jeff made the decision to take it. But first he explored any alternative available to keep the business locally owned. He did deep dives into the possibilities of an employee-owned company and opportunities to sell locally. Despite spending substantial time, effort and money on these options they did not prove viable. So after ensuring all qualified team members would be offered job opportunities after the transition, Jeff concluded that the best alternative was to sell Jackson Whole Grocer to Whole Foods Market.

Jeff is contemplative now. As a 30-year community member and businessman, he’s troubled by current dynamics in Jackson. He points to the sale of Whole Grocer, the closing of The Bootlegger, the recent announcement of Jackson Cycle and Saw closing, and many businesses cutting back their operating hours, etc., as foreshadowing: “Unfortunately, in the coming years we’re going to see more of this — business owners and the workforce can’t run full-tilt and carry the shortfalls on a sustained basis.”

He urges local leaders to dream bigger and make more bold and ambitious initiatives, even if they may be unpopular with some constituents. He would like to encourage approval of more housing projects even if they don’t fit neatly into the Comprehensive Plan.

“Let’s not let perfect get in the way of good. There is a healthy balance that can be struck here ... as an avid outdoorsman, skier, fisherman and climber, I’m all for conserving and keeping this place beautiful and healthy, but we’ve got to put people first.”

Silicon Couloir supports entrepreneurs in the hope they can create something like Jeff did: one of the biggest employers in Teton County, driven by strong core values and with many year-round, well-paying jobs.

If we are at a point that both front-line employees and higher-paid leaders and management-level folks cannot make it here, who is going to be left and what’s the point?

Again, Jeff urges local leadership to take big, bold, decisive action that will advance progressive development regulations, housing proposals, alternative tax measures, transportation initiatives, etc. — all of which are aimed at bettering the lives of the people that make up the fabric of the community.

I, for one, agree with him.

“There are a lot of people suffering as they try to make it here.” — Jeff Rice former whole grocer owner

Visionary Ventures prints once a month. Will Stabler is operations manager for Silicon Couloir. Reach him at will@siliconcouloir.com.

Editor in Chief Johanna Love has covered the Jackson Hole community as part of the News&Guide staff since 1998. She took the helm of the newsroom in 2017. She fields story tips and kudos as well as criticism and questions.

The naked truth is that we have way too many jobs. Employers need to scale down and not expand. The labor shortage will be the reason they do so. Nobody questions growth, we only question and bemoan the outcome. The problem is that the chamber of commerce and the business leaders want all of the residents to pay a huge price to make sure every business thrives. That’s not our responsibility. But the uncomfortable truth is that if a business can’t find employees and, when they can, can’t pay them a decent wage, then they probably shouldn’t be in business.